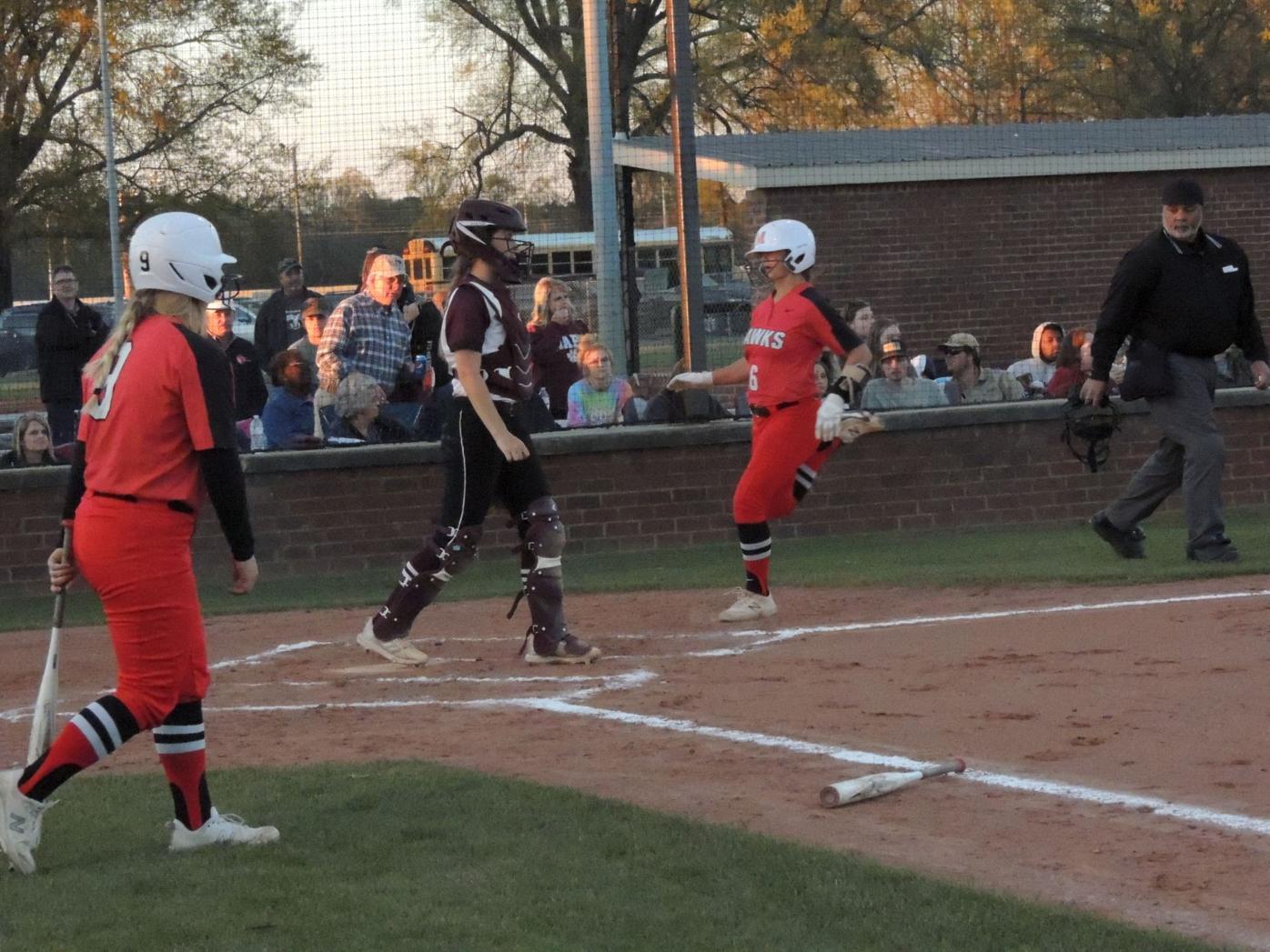 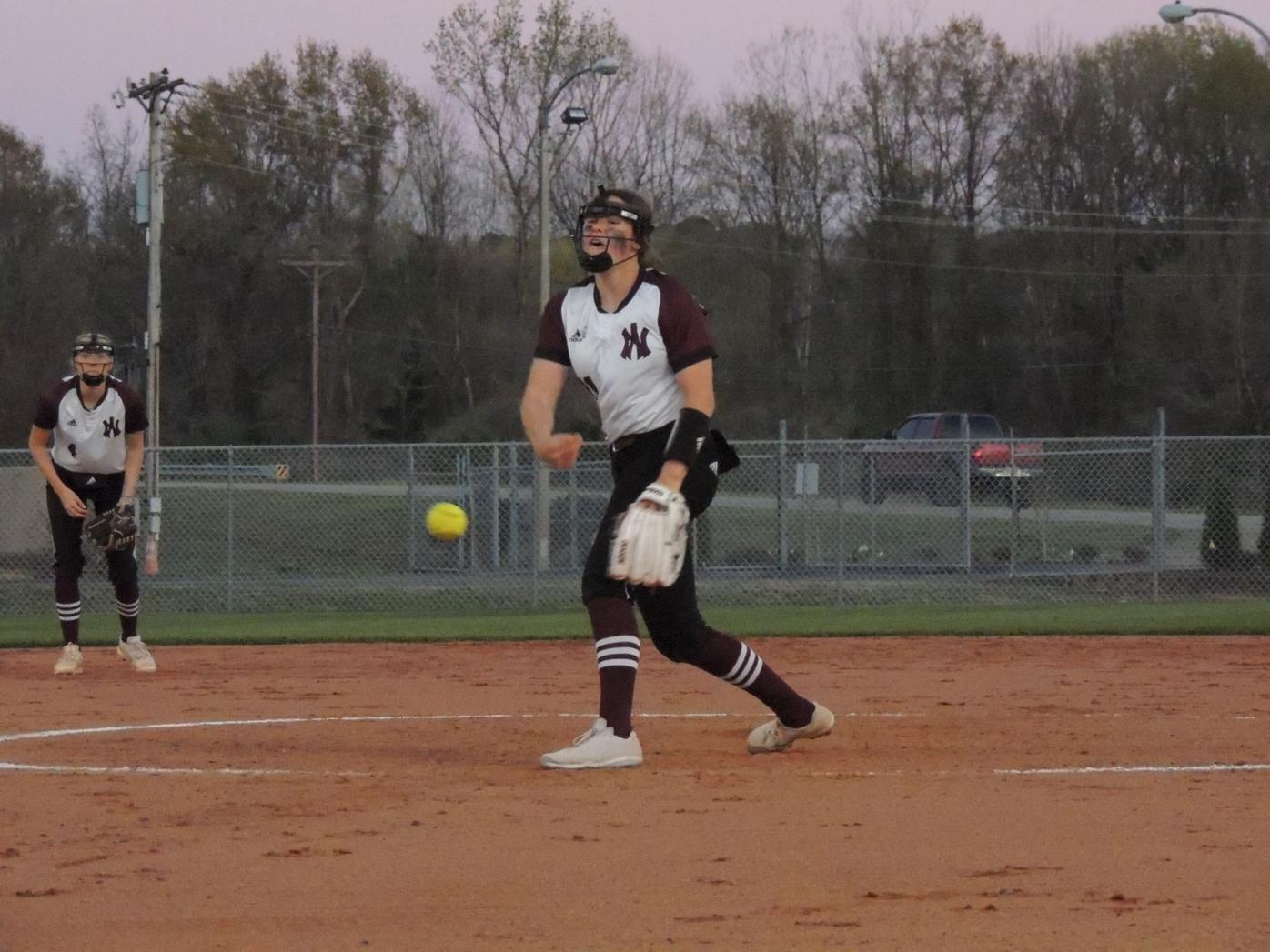 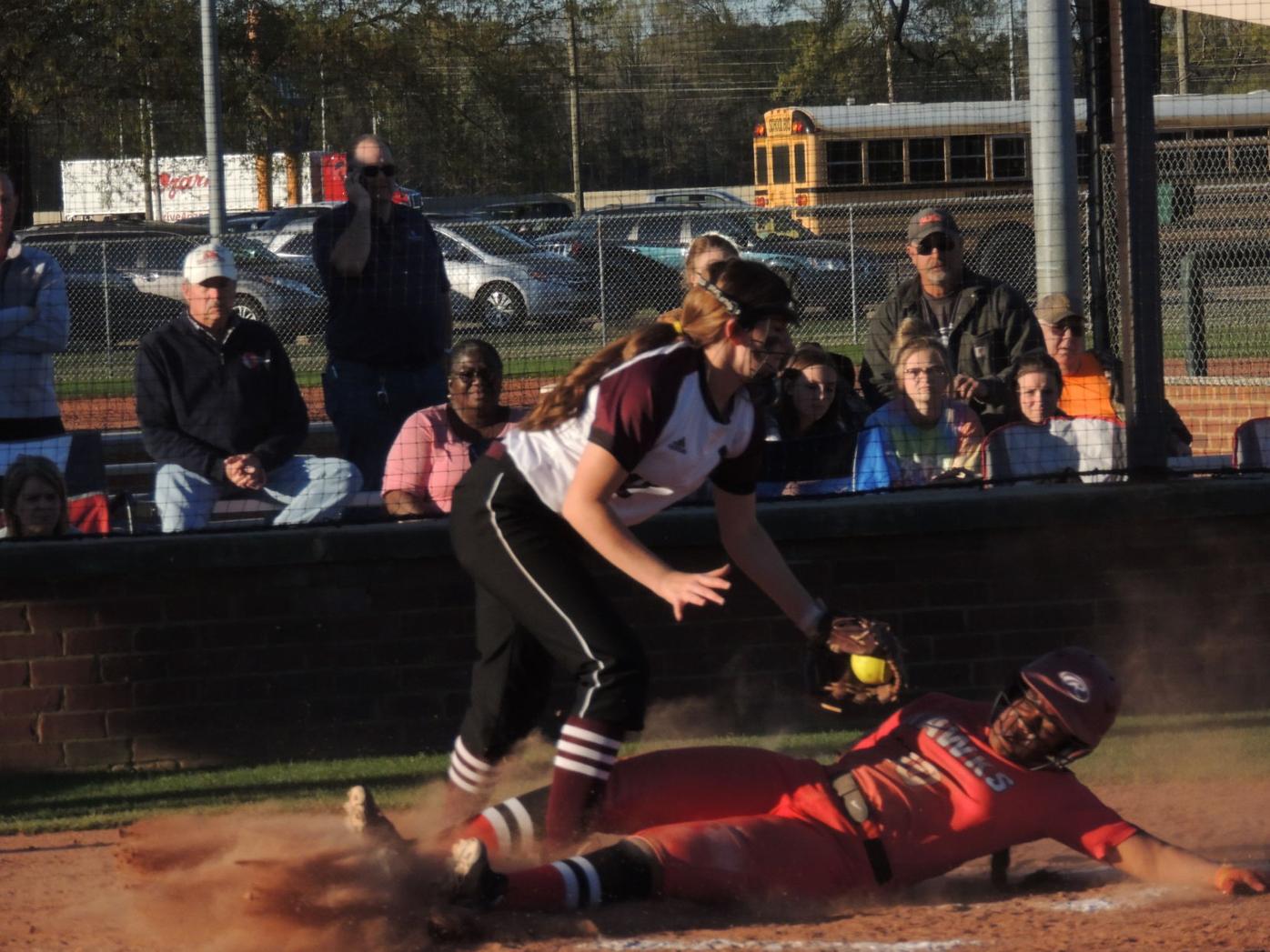 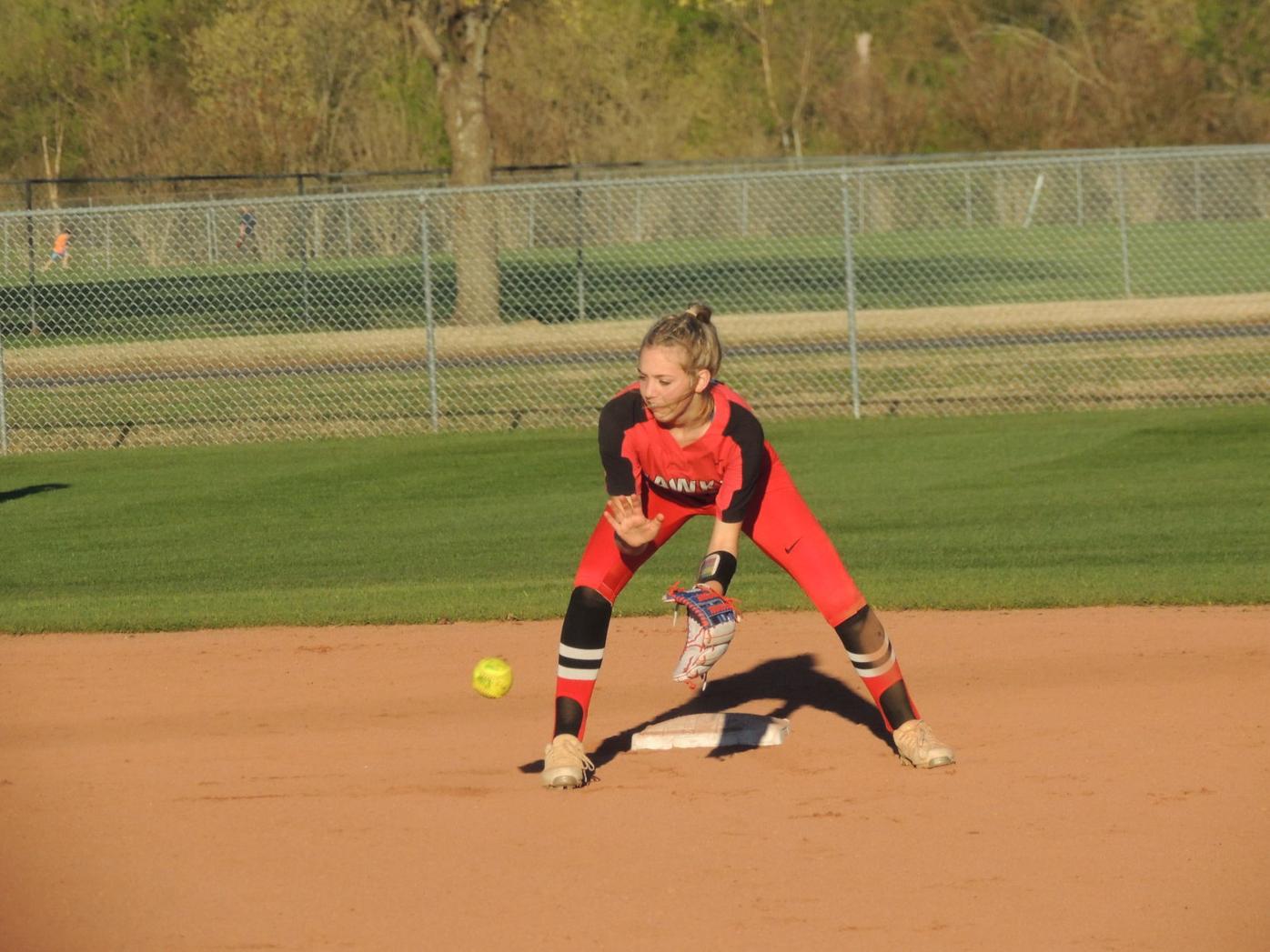 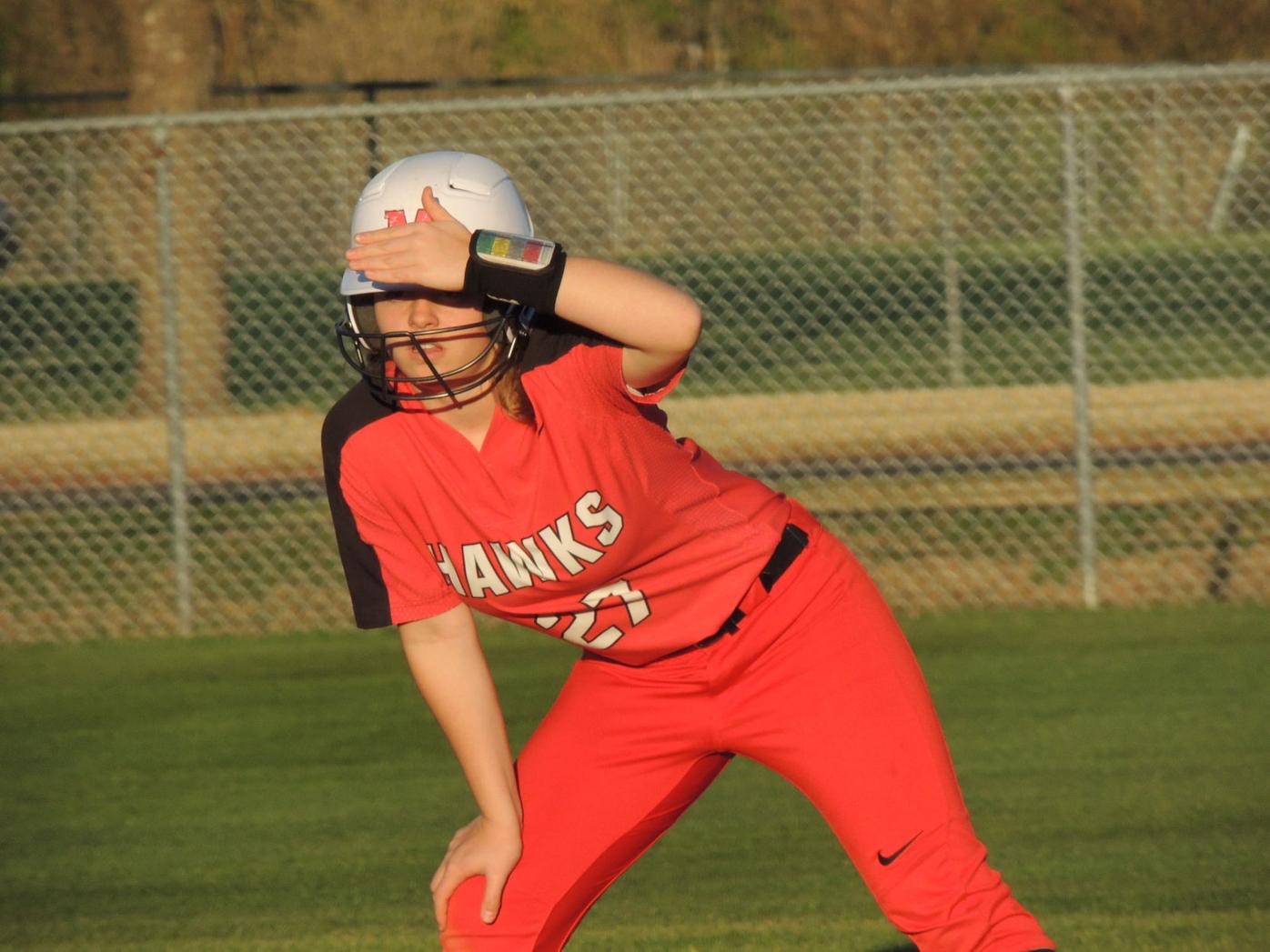 Myrtle's Lauryn Smithey looks from second base to the dugout for a signal in JV action against New Albany.

Myrtle's Sarah Kate Thompson flies down the first base line on ground ball in the first inning against New Albany.

Myrtle's Lauryn Smithey looks from second base to the dugout for a signal in JV action against New Albany.

NEW ALBANY – Myrtle coach Brooke Gordon was worried about how her softball team would respond following its 10-day layoff.

Myrtle (8-4) had not played since winning the county tournament championship March 19 in New Albany.

“I was a little worried. They hadn’t played since the Union County Tournament,” Gordon said. “We’ve been practicing, but it’s different when you play a game. I very proud they came out and put the bat on the ball and made defensive plays. We were glad to get to play. Caylie (Streich) pitched a heckuva game.”

Streich, a junior, entered the season recovering from a wrist injury. She scattered six singles and recorded seven strikeouts in the circle against the Lady Bulldogs.

Kinzie Waits gave Myrtle a 1-0 lead in the first inning.

In the second, Breanna Smith, made it 2-0 with a triple to right-centerfield. Smith turned around in the bottom of second and pulled off a defensive gem with her diving catch in centerfield that ended a bases-loaded New Albany scoring threat.

“She’s a player. She loves the position and she plays it well,” Gordon said.

Streich, who went 3-for-4, singled and scored in the sixth on a fielder’s choice ground ball by Thompson.

The Lady Hawks added four runs in the seventh, three coming off a double by No. 9 batter Jessica Pickens. Streich, Smith and Waits all singled in the inning.

Myrtle has eight Division 2-1A games to play in the next three weeks of the regular season.