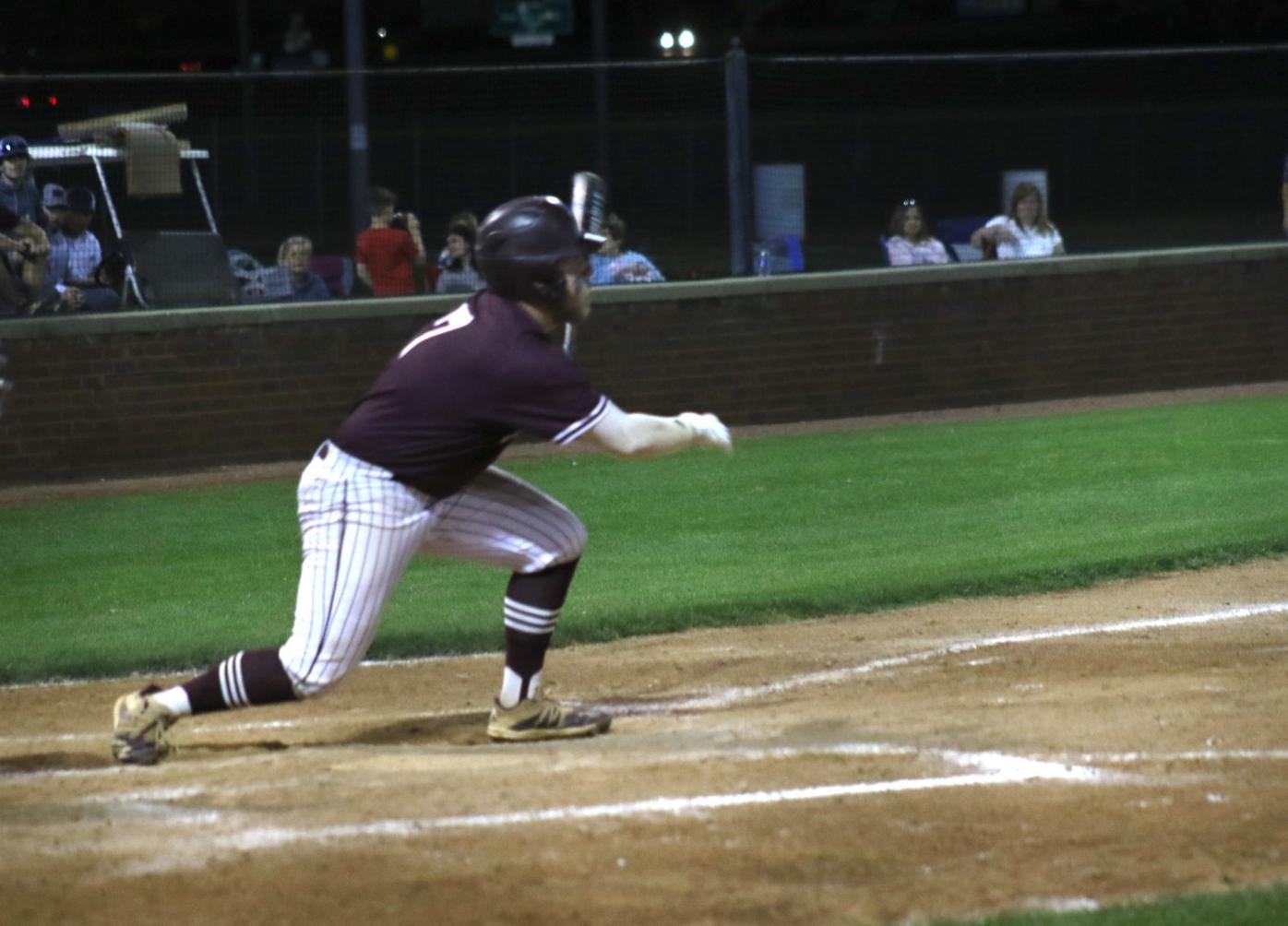 Lew Creekmore drove in the tie-breaking run in the fifth with his RBI single. 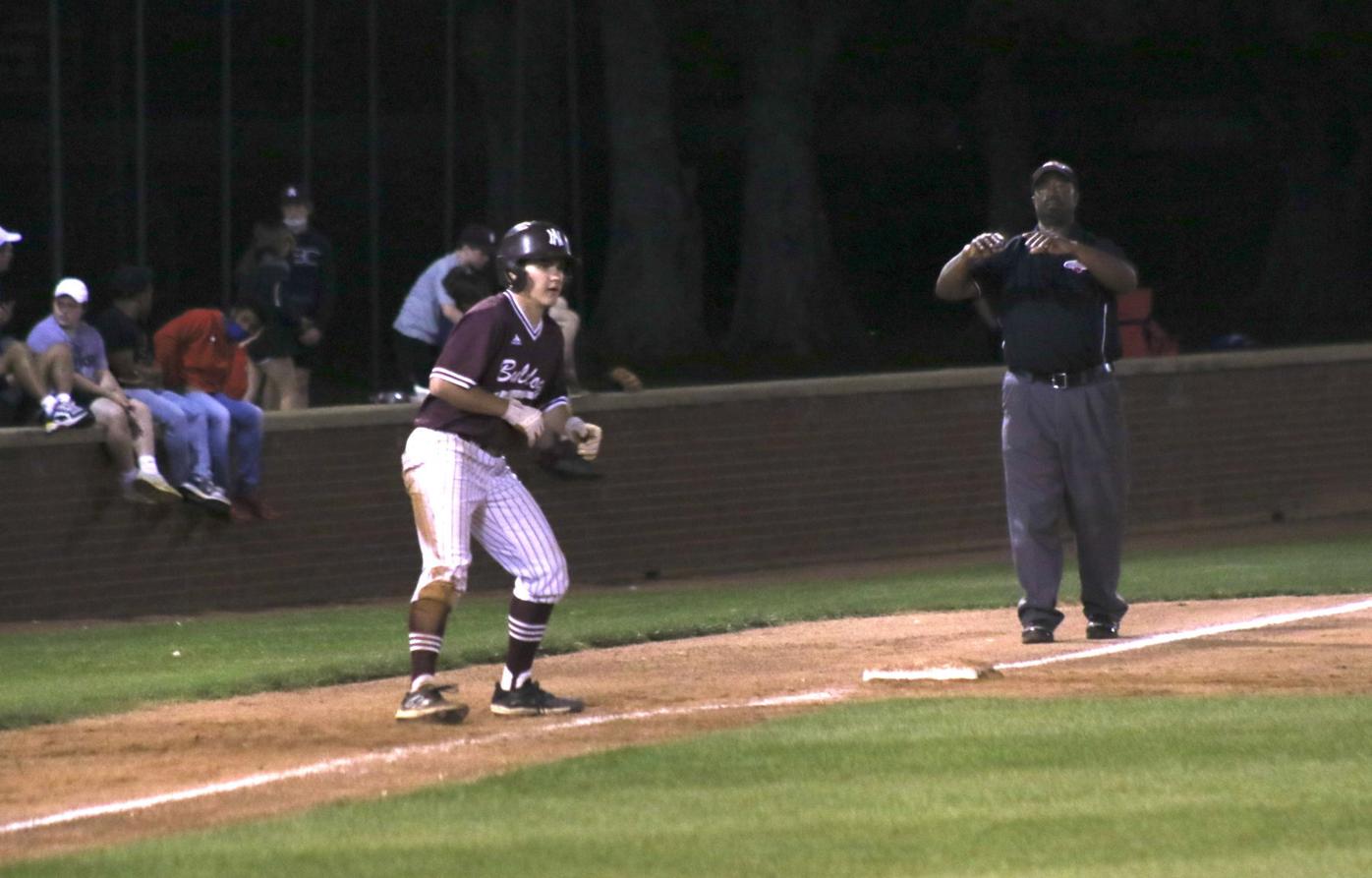 Parker Clayton gets a comfortable walking lead at third before scoring on Lew Creekmore's RBI single. 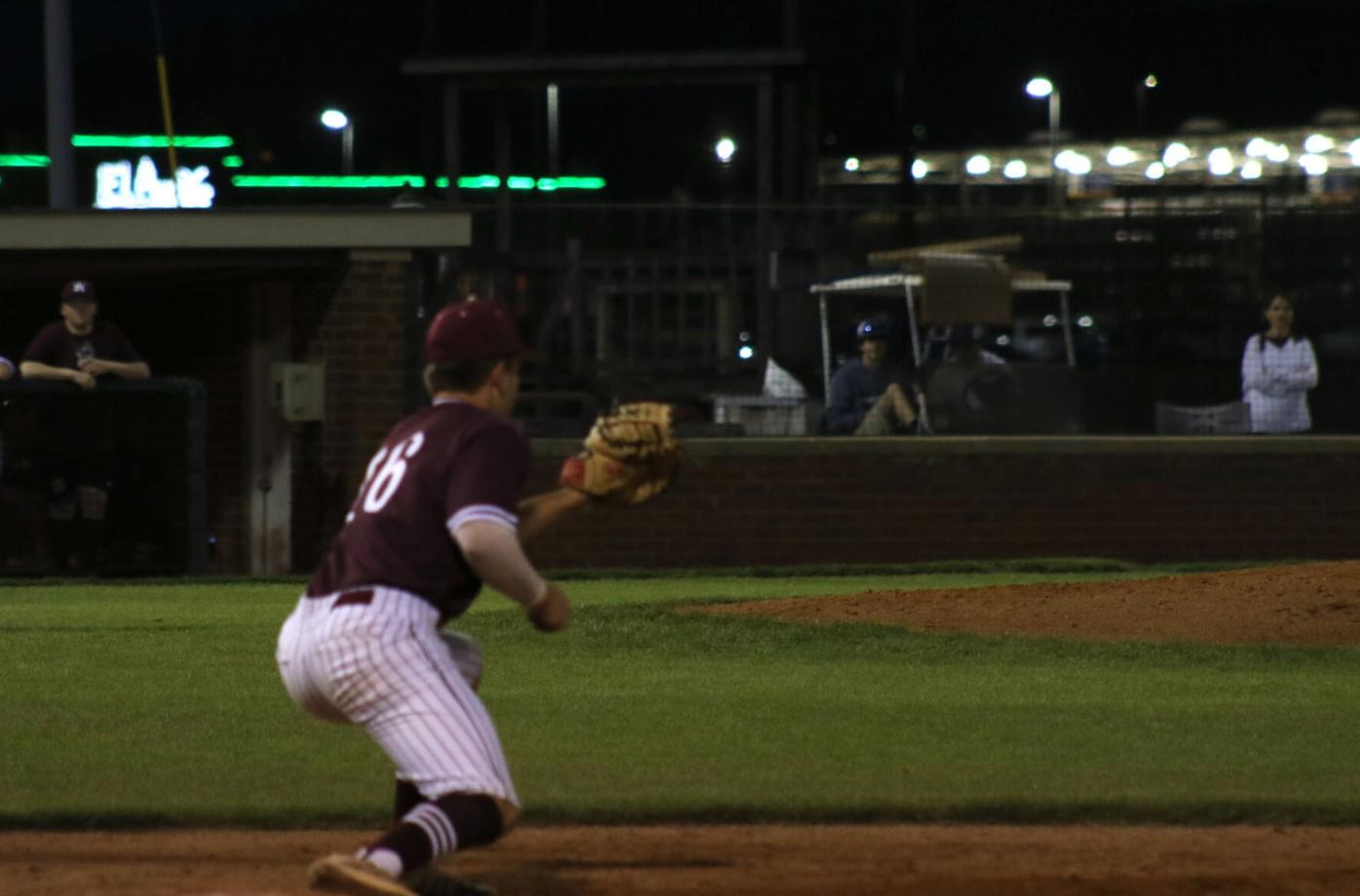 John Stacks takes the throw at first from a Bulldog teammate to retire the batter.

Nolan Brooks limited Tishomingo County to two runs on two hits and struck out 10 in his complete game win.

Collin Paul was the key at the plate for the Bulldogs as he drove in four runs on two hits.

Lew Creekmore drove in the tie-breaking run in the fifth with his RBI single.

Parker Clayton gets a comfortable walking lead at third before scoring on Lew Creekmore's RBI single.

John Stacks takes the throw at first from a Bulldog teammate to retire the batter.

NEW ALBANY - Nolan Brooks kept the Tishomingo County bats quiet on Tuesday as he tossed a 2-hitter and struck out 10 Braves en route to a 5-2 Division 1-4A win.

Collin Paul gave Brooks plenty of help at the plate as he drove in four of the five Bulldog runs.

Brooks only had two innings that gave him issues, the first batter up for the Braves hit a leadoff double in the first and later scored. The other run scored in the third inning as the leadoff batter reached and scored on a RBI single.

Paul gave the Bulldogs a brief lead in the second inning as he tripled to drive in Micah Reed, who had reached after being hit by a pitch. The throw from the cutoff got away from the Braves infield which allowed Paul to score on the play for the 2-1 lead.

The Bulldogs took the lead in the bottom of the fifth as they scored three runs with two outs.

Parker Clayton reached on an infield single to start the frame and moved over to second on Jacob Brooks grounder to third. He later moved to third following an error.

Lew Creekmore came up with two out, Clayton on third and delivered the tie-breaking single to score Clayton.

Cole Roberts walked and Reed was hit-by-pitch to load the bases and Paul stepped into the batters box.

Paul delivered a 2-RBI single down the right field line to score Creekmore and Roberts and give New Albany the 5-2 lead.

Brooks sat the Braves down in order in the sixth, picking up two strikeouts. He struck out the first two batters in the seventh, but hit a small bump after waling the next two Braves to put runners at first and second.

However, Brooks bounced back to get the game ending strikeout and earn the complete game win by the 5-2 margin.