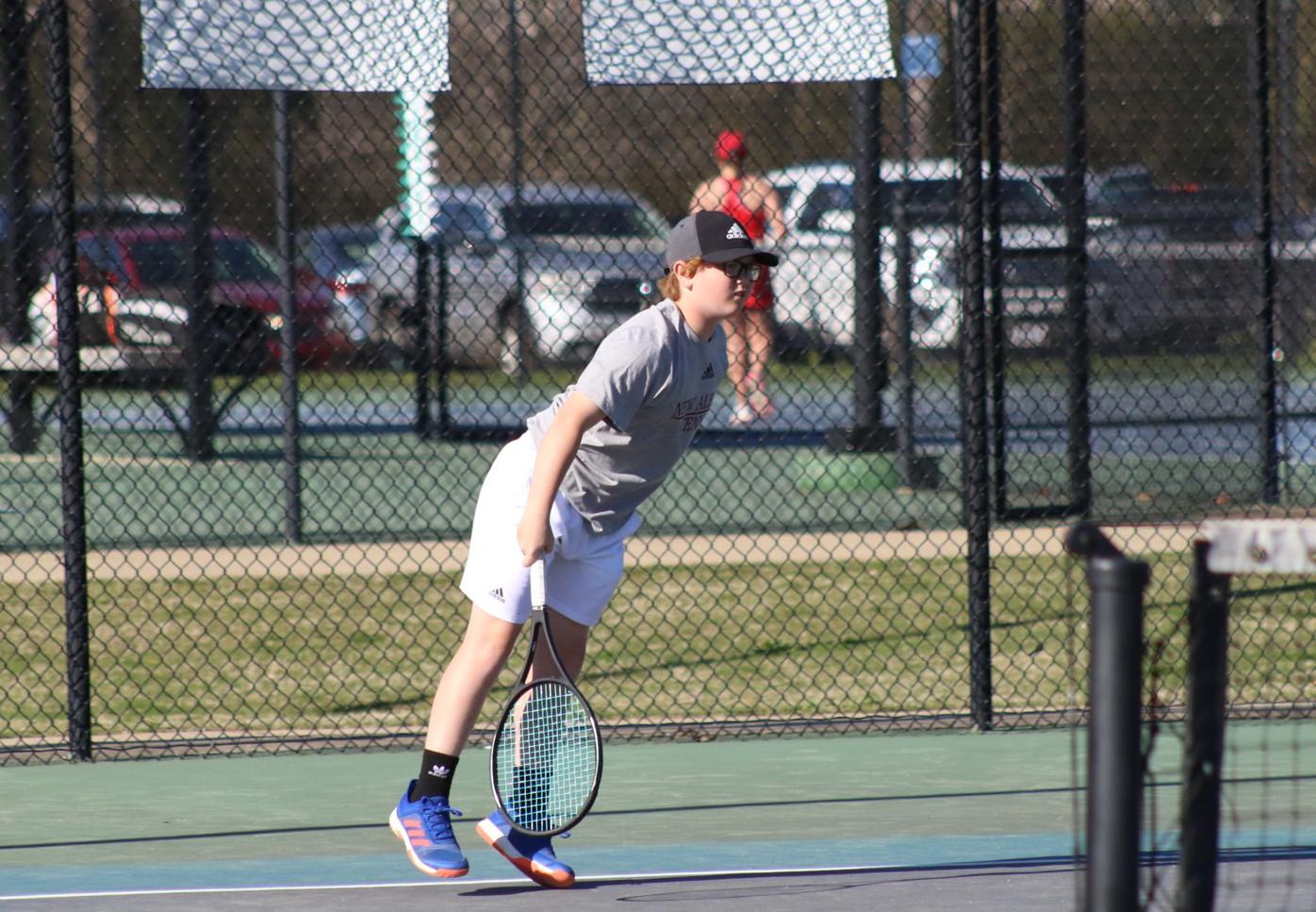 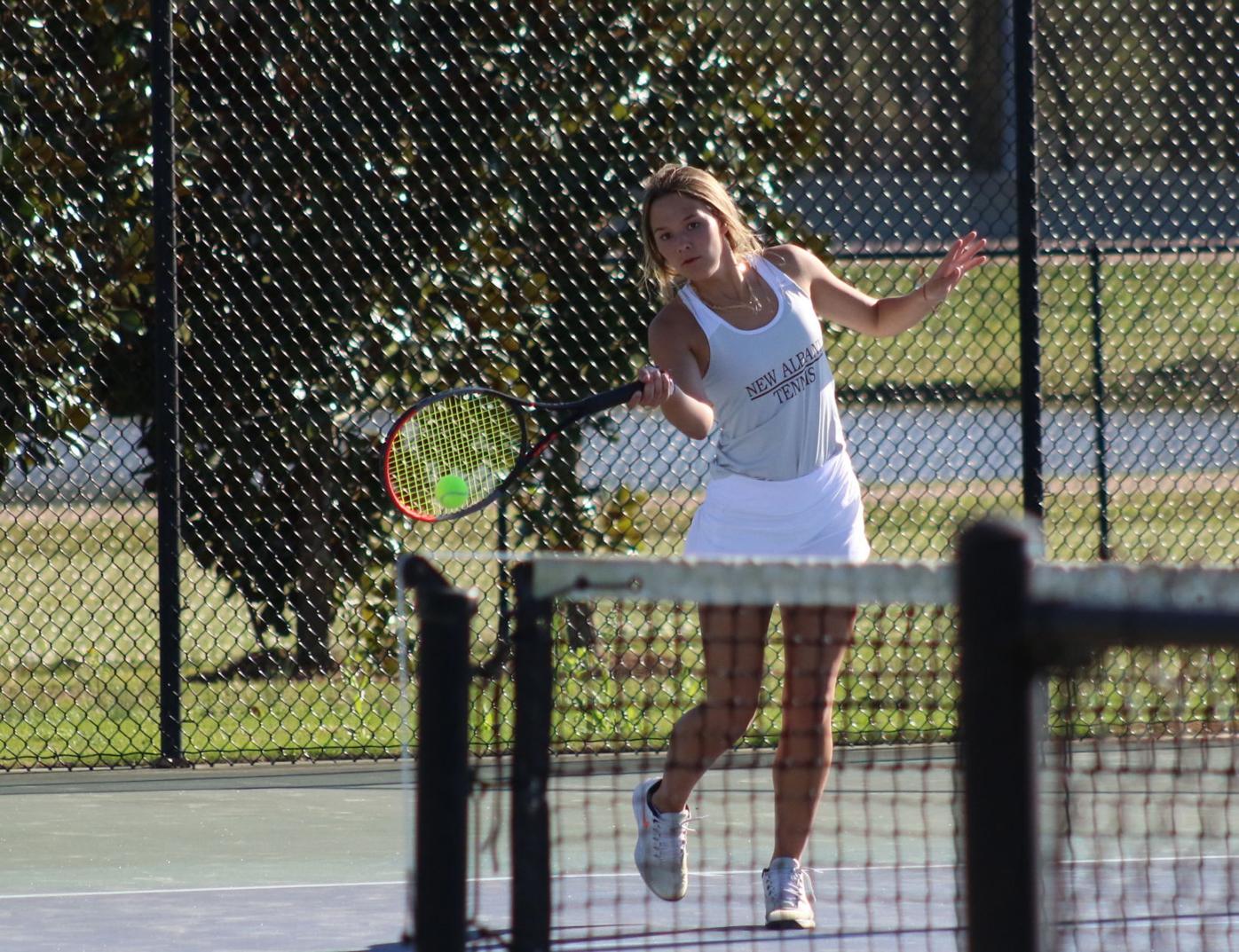 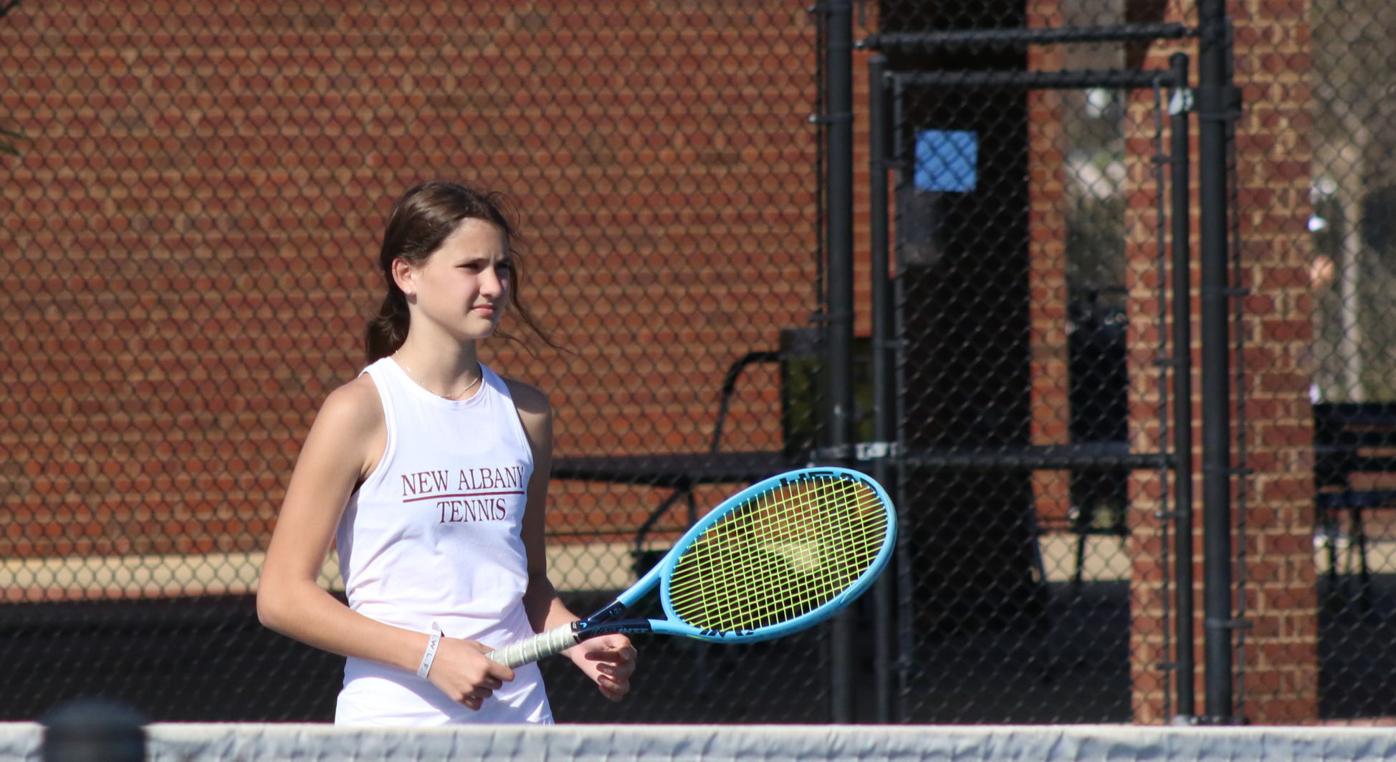 Heidi Clayton picked up the straight set decision in girls singles for the Bulldogs.

Heidi Clayton picked up the straight set decision in girls singles for the Bulldogs.

PONTOTOC - New Albany went down Highway 15 to face Pontotoc in a non-division matchup in 4A tennis on Thursday and the Bulldogs came away with the 6-1 decision over the Warriors.

The Bulldogs had their hands full as the Warriors provided some stiff competition as the regular season winds down.

"It wasn't our best tennis, but we pulled it out," New Albany coach Suzy Bowman said. "We needed to be tested today on some courts to keep us humble."

The path of least resistance for the Bulldogs came on girls doubles courts as they won those by wide margins.

Heidi Clayton was victorious on the girls singles court as she bested Holly Stewart by 6-3, 6-2 totals.

John David Nelson and Joseph Durrett won in boys 1 doubles over Joseph Henry and David Metcalfe by scores of 6-3, 6-2.

Will Boyington and Montgomery Owen had their hands full with Pontotoc's Shentavius Thornton and Shayne Lowe before taking the boys 2 court, 2-6, 6-2, 11-9.

Joseph Fennell and Sarah Robbins of New Albany lost a hotly-contested match with Blaze Haynes and Caroline Howard by scores of 2-6, 6-2, 8-10.

The Bulldogs won all five doubles courts in JV action.

Newton County no match for Bulldogs