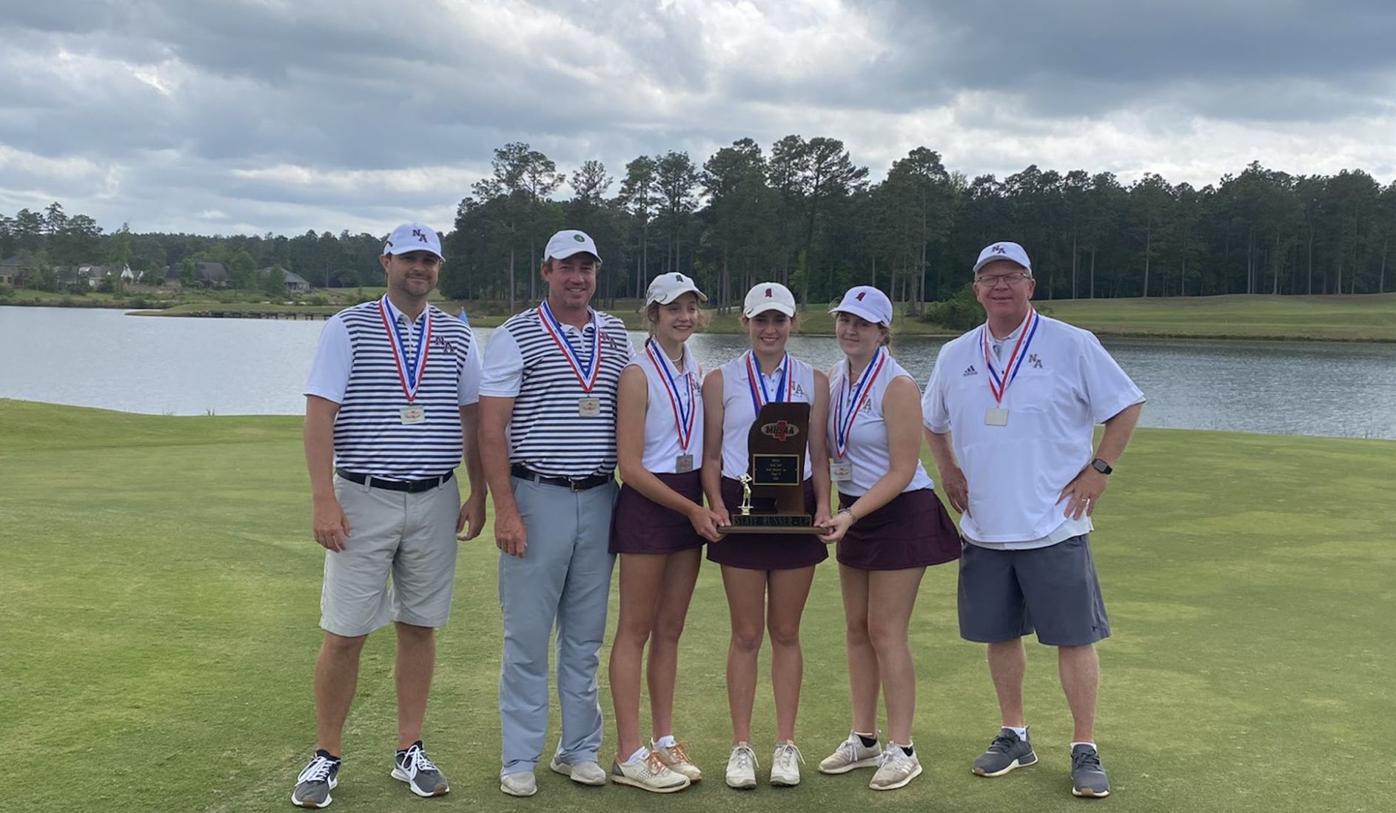 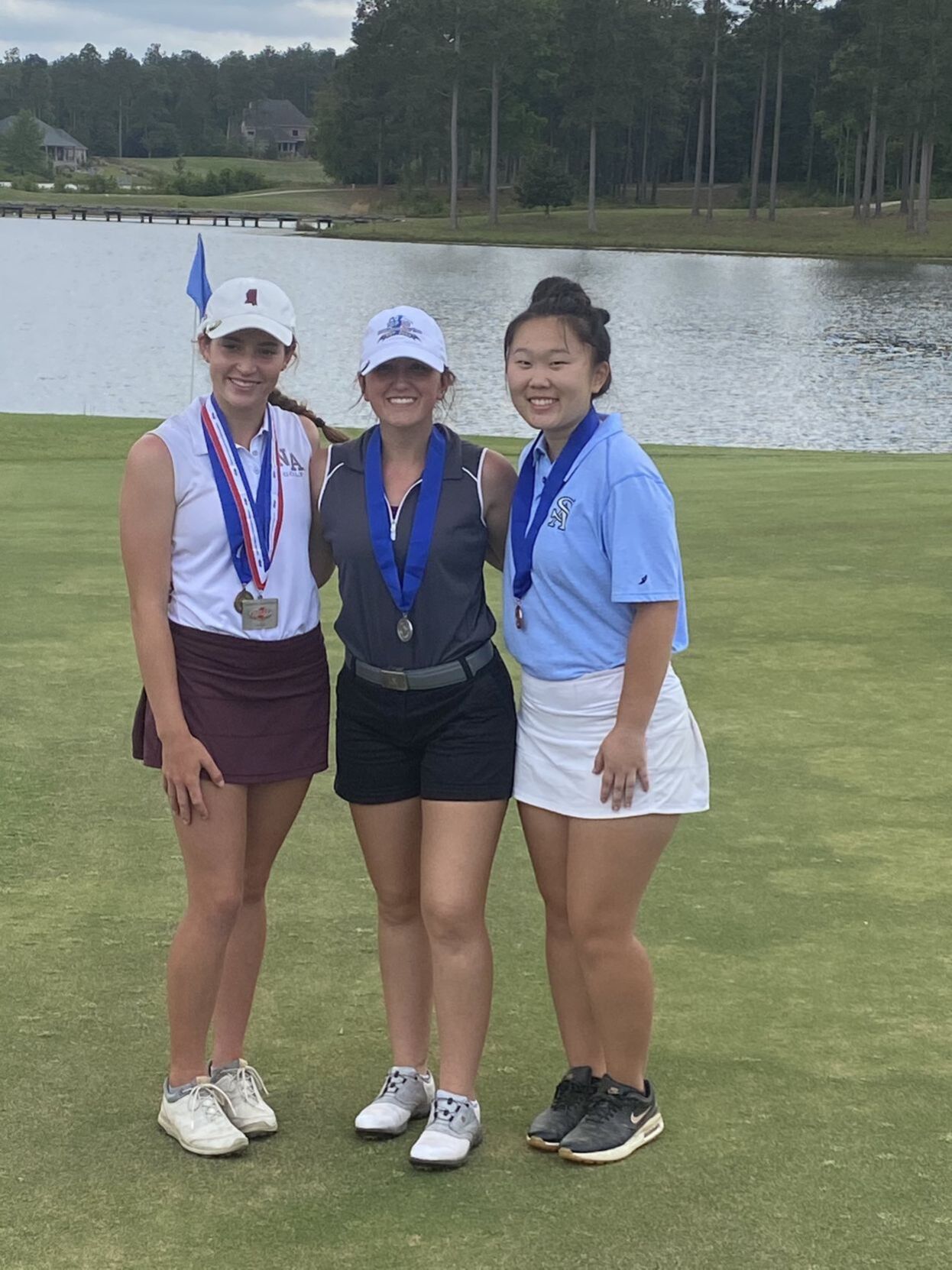 Caroline King of New Albany won medalist honors and is the top girls golfer in the Class II State Gold Championships last week with a two round total of 158.

HATTIESBURG - Caroline King had two solid rounds of gold and is the undisputed champion of Class II girls golf. King shot a 76 on day one and followed that up with an 82 on her final round for a total of 158.

"It was an unbelievable feeling when I walked off 18 green the second day knowing I had won the tournament," King said. "I was able to do a great job of keeping my tempo constant both days through the ups and downs that came with the rounds.

"I birded the first hole and it really helped calm the nerves I had for the day, from this point on I was playing my game. It was close to being one of my lowest tournament rounds, but it was definitely my lowest score at the State tournament."

The championship was held at Timberton Country Club in Hattiesburg and King shared her thoughts on her strategies for each day.

"Timberton played extremely tough considering all the rain they had received and the wind that came along with it," King said. "The first day I really wanted to shoot as low as I could to hopefully be close to the lead or make it in the final group. The second day I played a little more defensive to make sure I kept my lead."

New Albany lead in the team standings after the opening round, but Water Valley's team had an exceptional second round and won the team state championship with a total score of 366 and the Lady Bulldogs were second at 369. Sumrall was third at 377.

New Albany led with a 181 on day one while Water Valley turned in a 188 for second and Sumrall was a few shots back in third at 196.

"We came up just a little bit short for the team championship, but we did all we could," King said. "I think it was a good learning experience that we can take in for next season."

Caroline's exceptional tournament round of 158 was several strokes better than her closest competitors as Sumrall's Gracelyn Cooley finished second at 165 and Madeline Yu of St. Andrew's was third at 166. Fourth place went to Sydney Epes of Water Valley with her 169.

Caroline had faced Epes before in competition and she was familiar how strong a golf game she had, but this was the first time to place the girls from the South Mississippi teams, but she was pleased with her performance overall.

"Yes, it did help (shooting better than Epes), but there were several girls like Grace Cooley and Maddie Yu who finished in the top 3, that we had to contend with from the south," Caroline said.

With Caroline's medalist win and the team's strong showing this year, the future is bright for Coach Shane Sanderson's Lady Bulldogs in 2022 as all three players return.

"I think we learned a lot and grew a lot as the season progressed," Caroline said. "I think that Coach Sanderson did a great job scheduling matches for us to have some experience of tournament pressure before State. I think this gives us a lot of ground to work with moving forward and becoming an even better team."