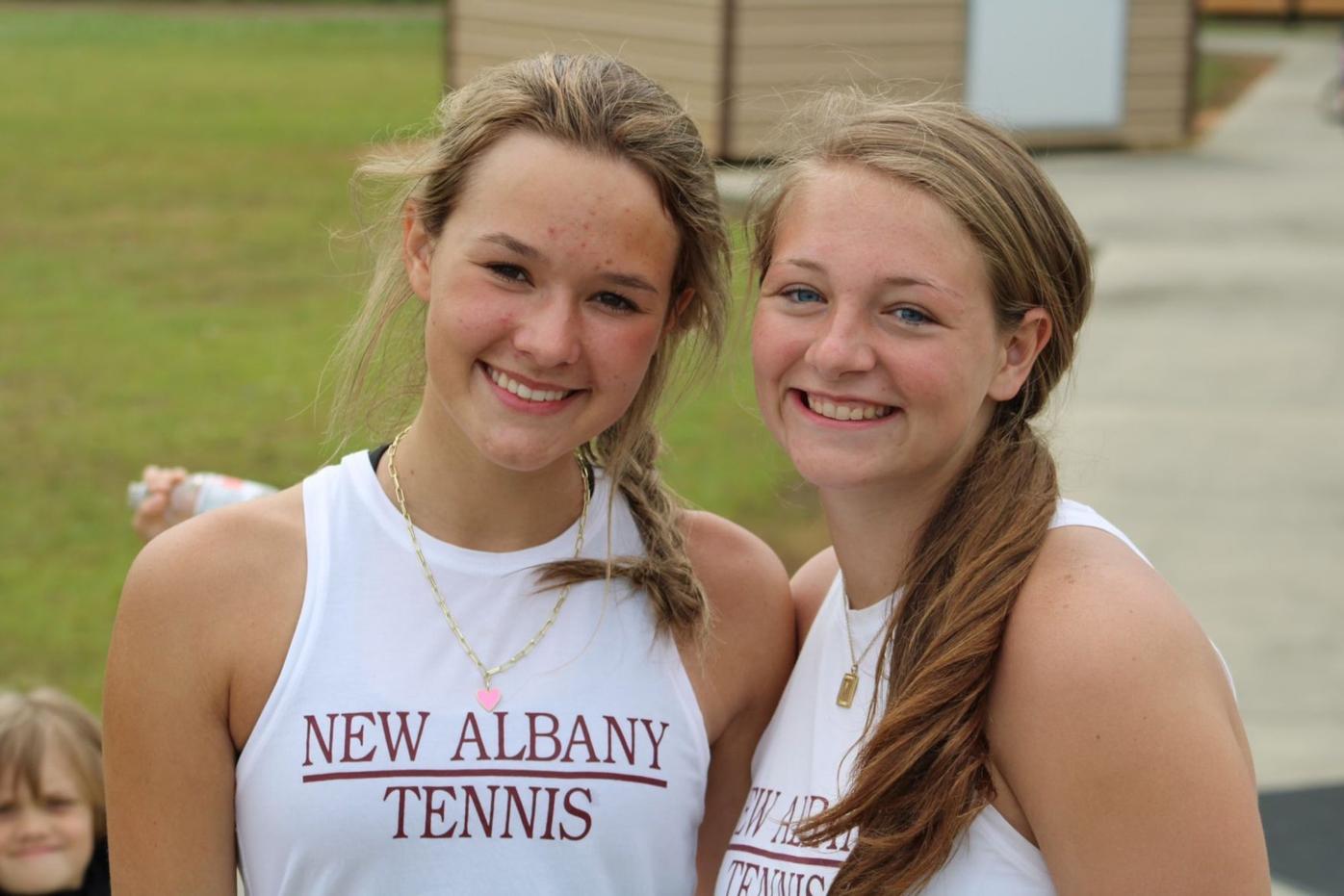 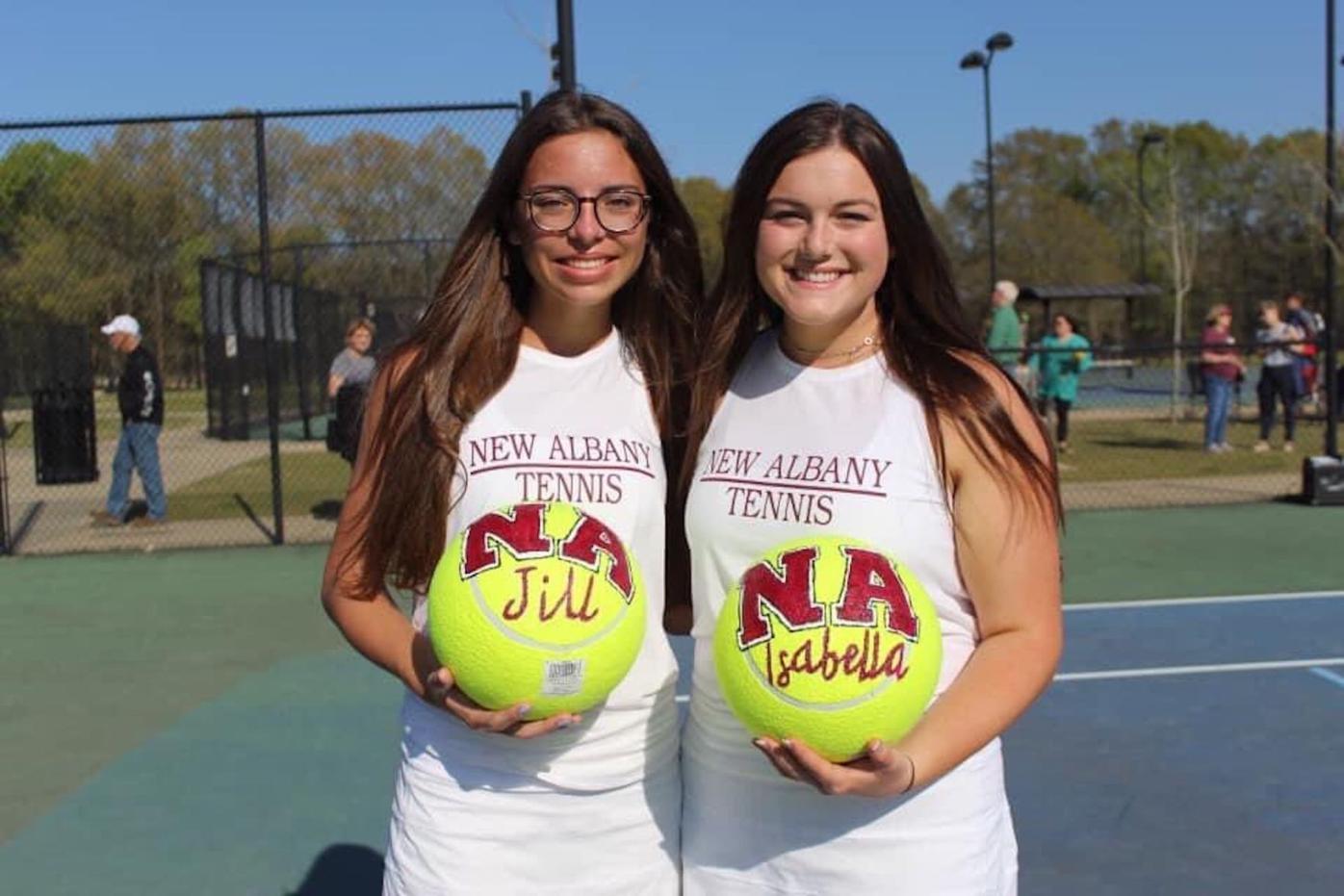 Jill Gafford and Isabella Aldridge won for the Bulldogs on the girls 2 doubles court.

Bradyn Bowman and Heidi Clayton won huge matches on the singles courts to give New Albany an early 2-0 advantage over Newton County.

Joseph Fennell and Sarah Robbins won the mixed doubles court for the Bulldogs.

Photo courtesy of NA Tennis
1 of 2

Jill Gafford and Isabella Aldridge won for the Bulldogs on the girls 2 doubles court.

"So proud of our players and how they continue to raise their level of play when it matters!" New Albany coach Suzy Bowman said. "They all looked extremely focused on state and while it was nerve racking to have to face Newton county in the second round in the north this year, the players took care of business.

"We started off with two big wins on the singles courts which eases the pressure off the doubles teams because Newton county has such good doubles courts."

Heidi Clayton and Bradyn Bowman were the Bulldog player that got the process started on the singles courts.

New Albany also picked up a big win on the mixed doubles court as Joseph Fennell and Sarah Robbins won by 6-2, 6-1 scores over Donald Blake and Brenah Flint.

Girls doubles proved to be a winning combination for New Albany as the Bulldogs swept both courts.

Maggie Scott and Gracie Mason won the girls 1 doubles court with their 6-3, 6-2 decision over Emily Stewart and Josie Tullos.

Jill Gafford and Isabella Aldridge took the win on girls 2 doubles court as they defeated Marilyn Tullos and Maggie Bounds by 6-1, 6-1 scores.

"As a coach I felt really good with having the experienced seniors spread out across the doubles and mixed courts," Bowman said. "These seniors have played in these high intensity matches for four years now. They know how to handle the pressure and they have taken their younger partners under their wing."

Newton County managed wins on the boys doubles courts over the Bulldogs.

John David Nelson and Joseph Durrett fell in the boys 1 doubles match to PArker Chaney and Tate Baucum by 6-2, 6-2 totals.

Montgomery Owen and Will Boyington had a tightly contest match with Lee Hill and Cade Cooley before falling by 6-3, 6-4 scores.

New Albany played Pontotoc earlier and the Bulldogs won 6-1, but Coach Bowman said the Bulldogs know that it will be a fight with the North title and an appearance in the 4A State Championship on the line.

Bulldogs swept by Knights in 4A baseball

Game one gets away from Lady Urchins