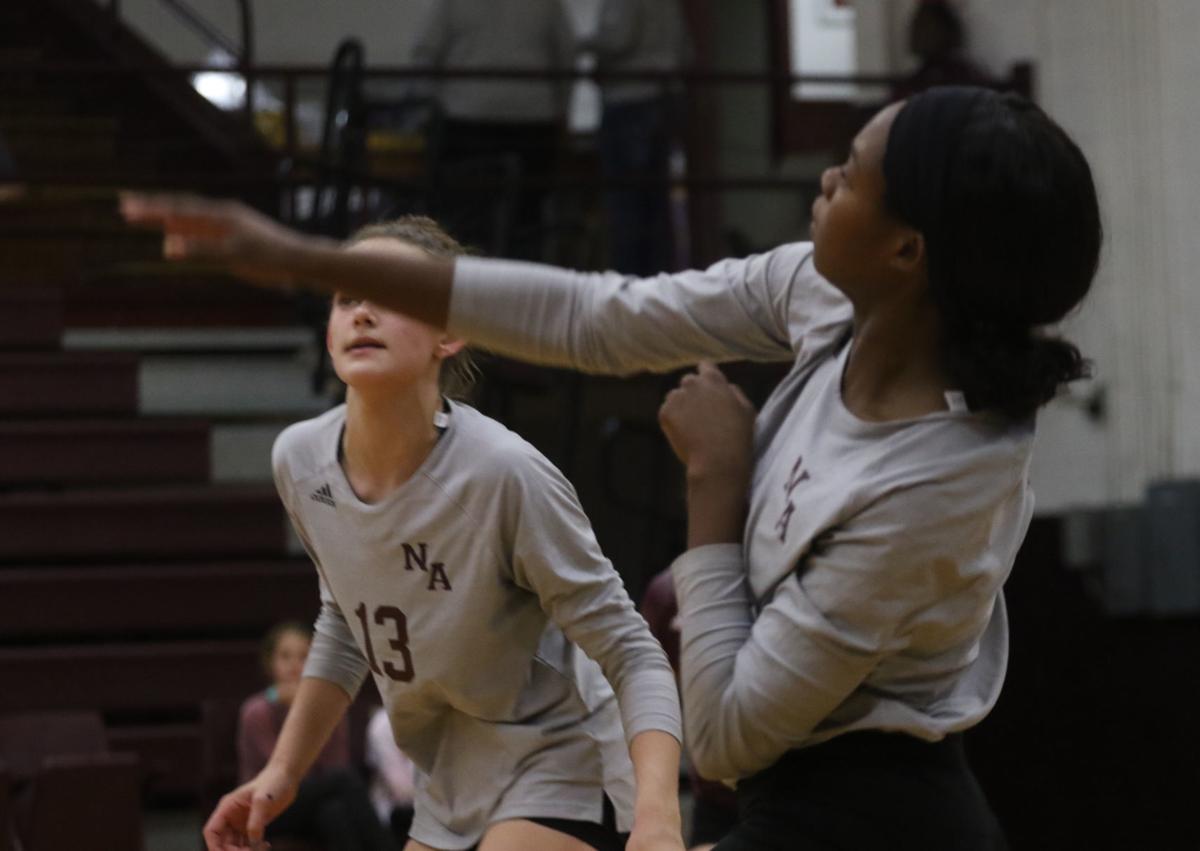 Janae Shackleford sends this shot back into the Tishomingo County defense. 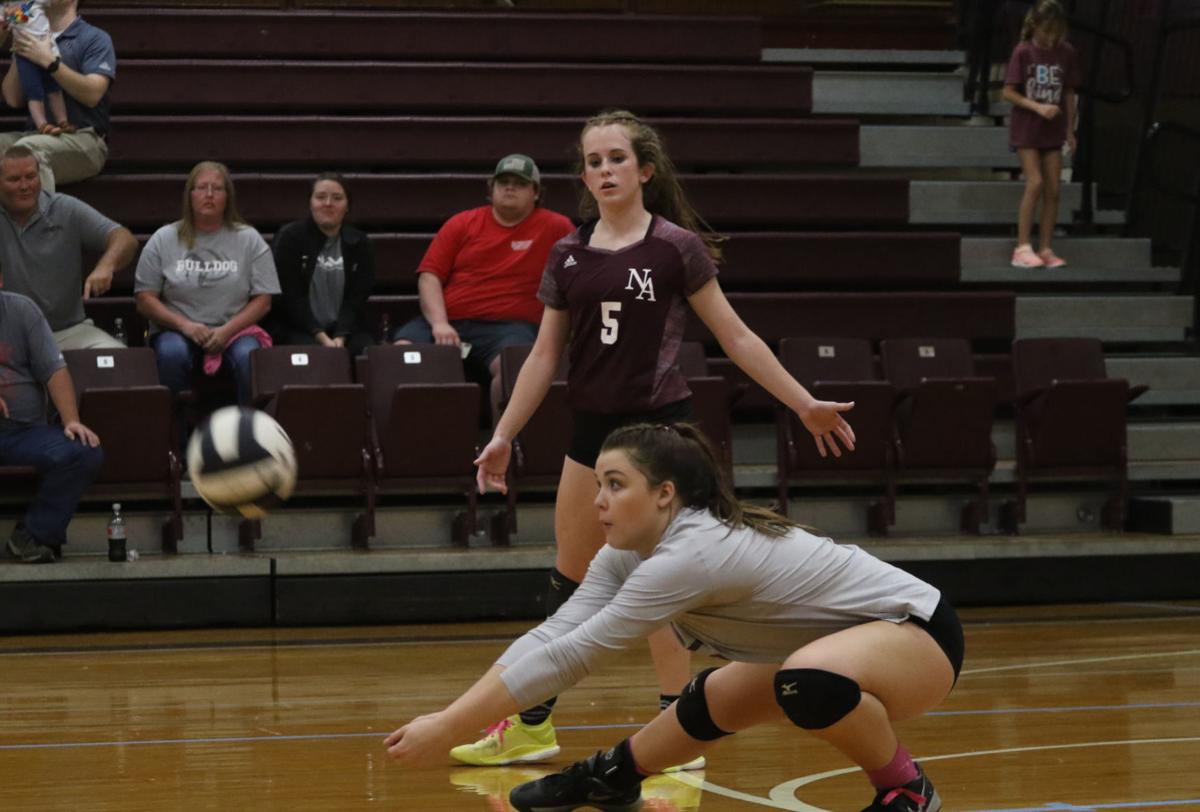 Rosalee Roberts goes down to the hardwood to pull out this dig for New Albany. 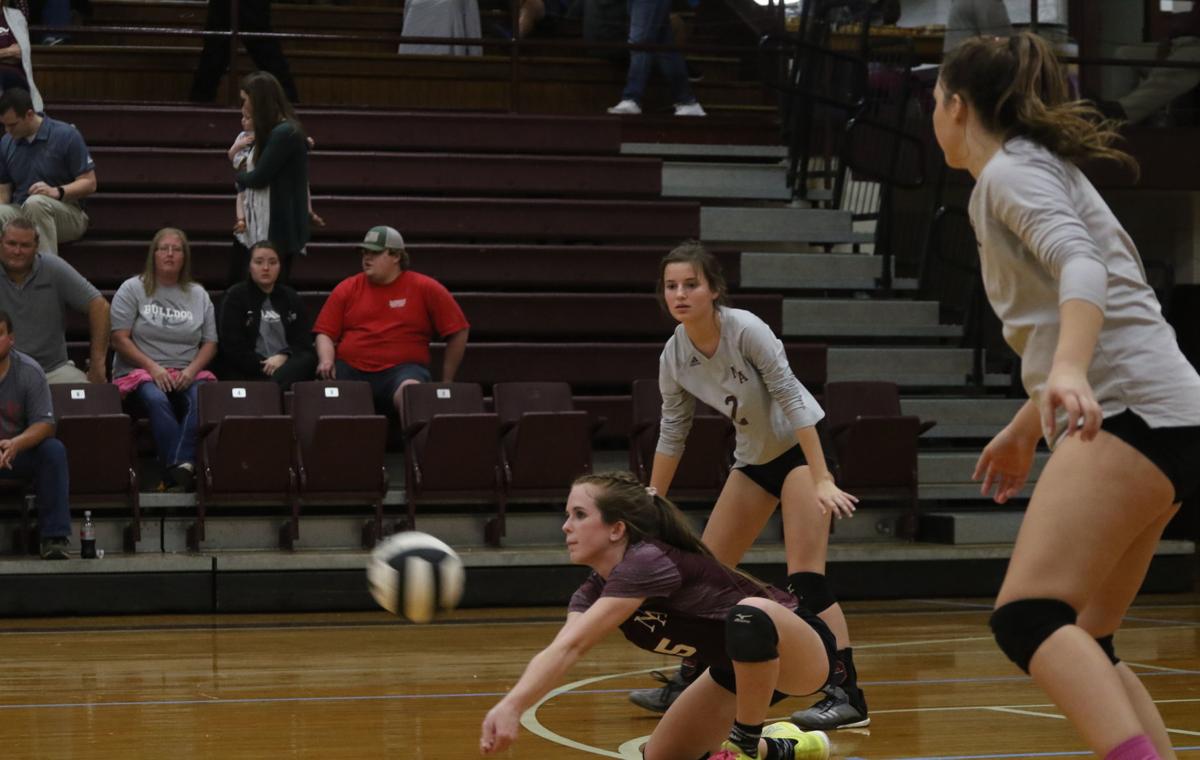 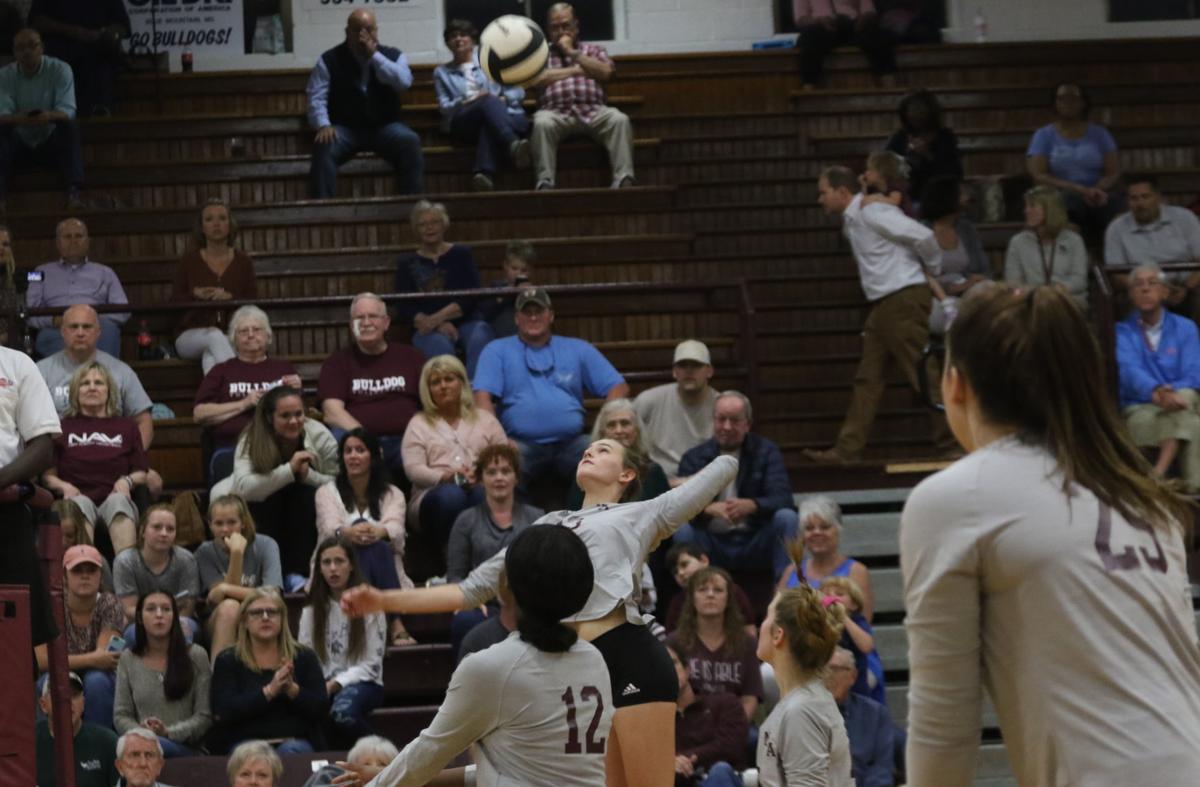 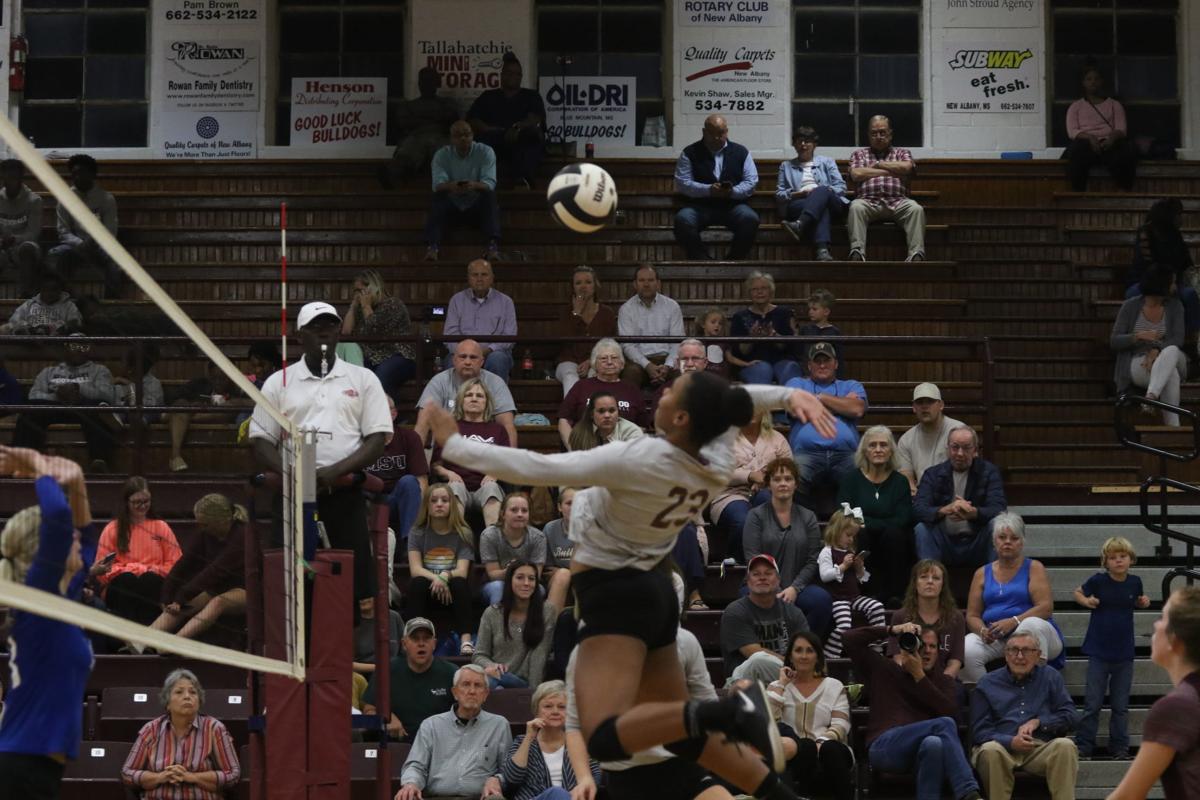 Vakeria Jett knocks down one of her five kills in the contest on Teusday. 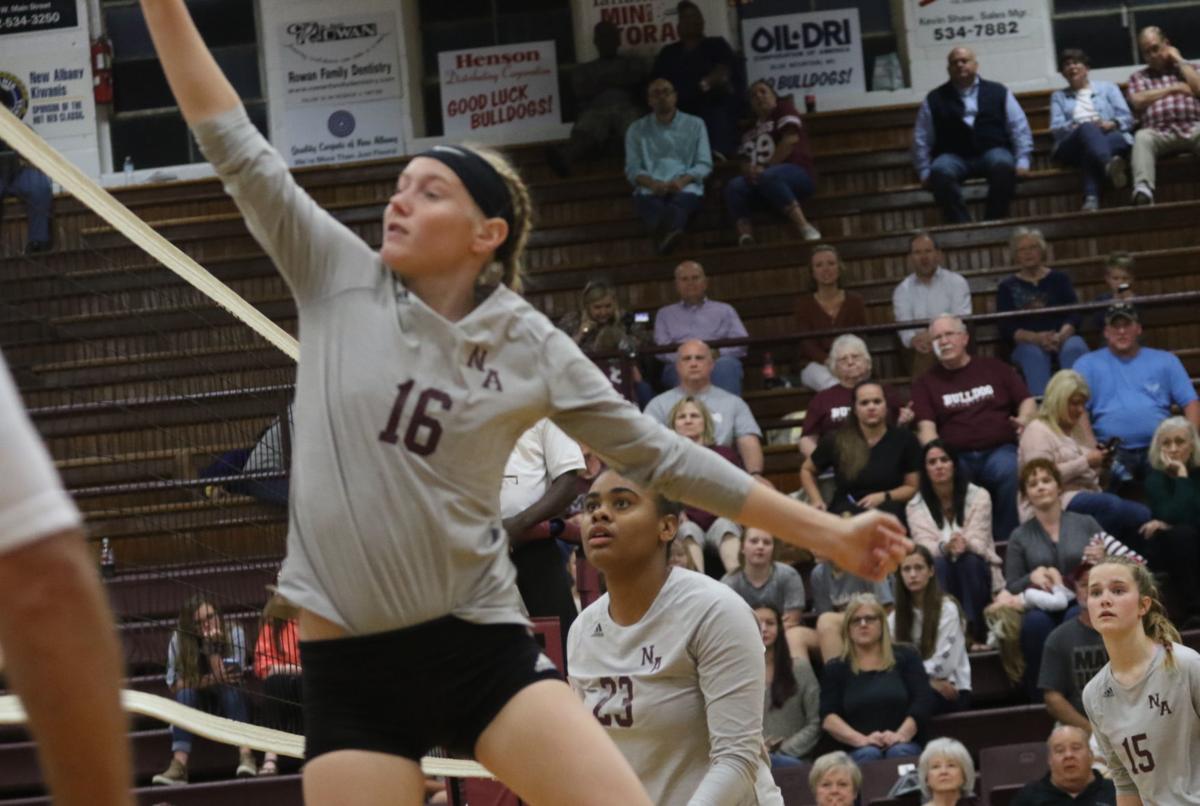 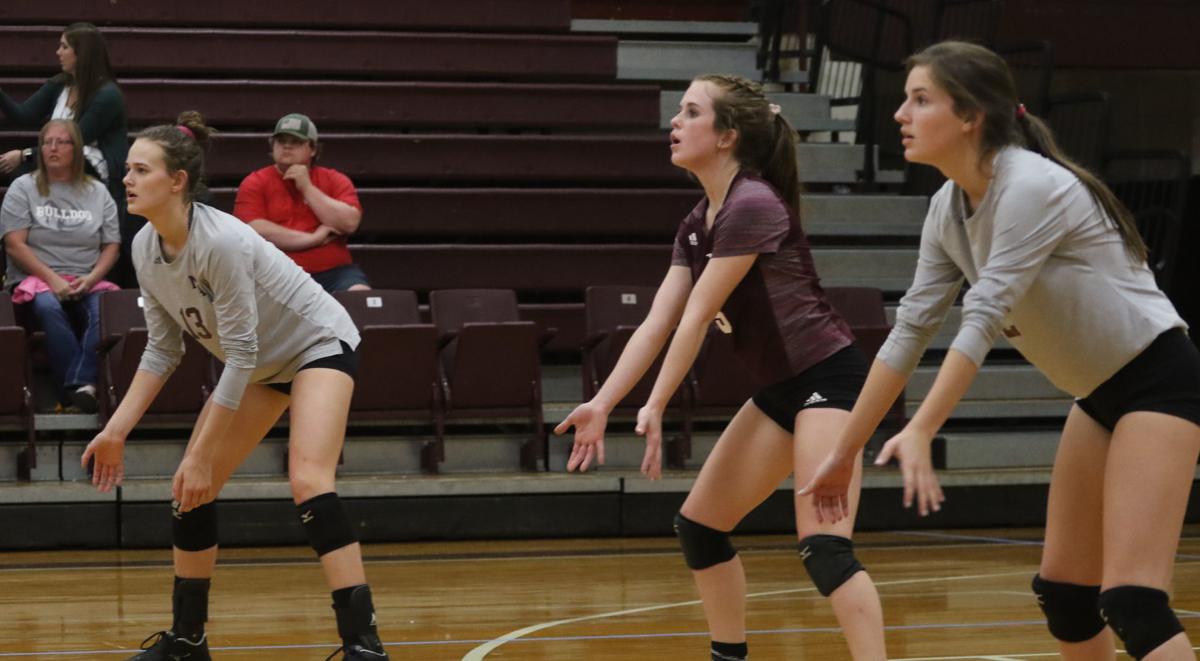 By Dennis Clayton Sports Editor
1 of 7

Janae Shackleford sends this shot back into the Tishomingo County defense.

Rosalee Roberts goes down to the hardwood to pull out this dig for New Albany.

Vakeria Jett knocks down one of her five kills in the contest on Teusday.

NEW ALBANY - Senior night for the trio of Maggie Moore, Janae Shackleford and Rosalee Roberts was made even more special and memorable as the Lady Bulldogs also clinched their third consecutive division volleyball title with their 3-0 win over Tishomingo County. New Albany won in straight sets by scores of 25-23, 25-15, 25-15.

This was the first title in the newly-formed Division 1-4A for New Albany as the Lady Bulldogs finished the campaign 7-1 in the division and are now 20-8 overall. The other two titles came while the Lady Bulldogs were members of Class II Region 1.

"I think they (seniors most definitely stood and became leaders," New Albany coach Ashley Connolly said. "Rosa did an outstanding job coming out and playing defense. Maggie is always being Maggie, she's our little firecracker and she gets everyone pumped up. Janae did a great job of working the net and getting some blocks in, she started out a bit rough with her hits, but she kinda settled back and started swinging with smarter swings.

"We kinda started out dull there for a while, but with their leadership, they kinda picked it up and we finished it out."

Tishomingo County gave the Lady Bulldogs all they could handle in the opening set as New Albany was finally able to win the set 25-23 after seven ties and four lead changes during the frame.

Adams helped stake the Lady Bulldogs to a 7-0 lead during her service to open the second set and New Albany cruised to the 25-15 win. Adams had three aces while at the line to start the set and added 10 assists.

Moore had two key services in set two and wrapped it up with four aces while Blakemore punished her opponents with five more kills.

New Albany wrapped up the contest with another 25-15 decision in the third and deciding set. Hannah Hughes had a five points won during her service that ballooned a narrow 5-3 lead into a 10-3 advantage.

Blakemore led the Lady Bulldogs with 13 kills on the night. Roberts had six kills while Shackleford and Jett finished with five each.

Adams totaled 31 assists for her night's work to go along with four service aces. Moore also had four aces and tied with Roberts for the lead in digs with 15.