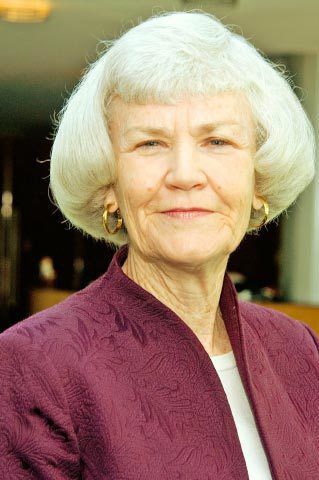 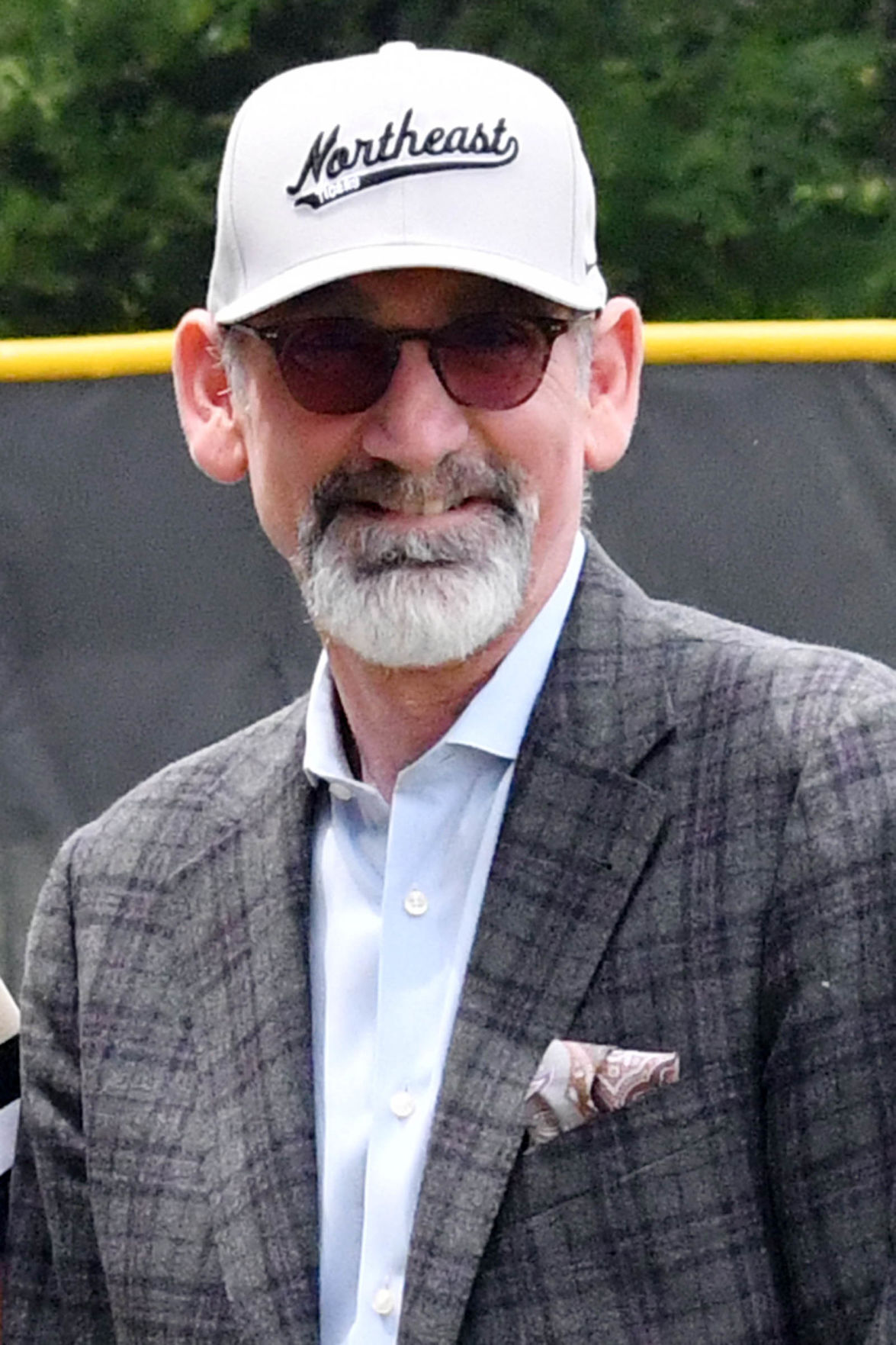 Two of Northeast Mississippi Community College's most influential alumni are headed to the college's Alumni Hall of Fame on Thursday, October 14.

ZonaDale Lyons Taylor of Collierville, Tennessee (formerly New Albany) and Malcolm White of Jackson (formerly Stone County and Booneville) -- are the newest inductees into the college's Alumni Hall of Fame.

Taylor and White are the twelfth and thirteenth inductees into the hall of fame since its founding in 2012.

Due the worldwide coronavirus pandemic, there was not a class selected for 2020.

As a member of the alumni hall of fame, members are recognized at the annual homecoming Alumni and Sports Hall of Fame Recognition Dinner and serve as grand marshal for the homecoming ceremonies including the crowning of the queen at halftime of the homecoming contest.

Northeast's Alumni and Sports Hall of Fame Recognition Dinner is set for 4 p.m. on Thursday, October 14 in the Claude Wright Room on the second floor of the Haney Union. Taylor and White will also be recognized pregame before the Tigers take on the Trojans of Mississippi Delta Community College at 7 p.m.

ZonaDale Lyons Taylor has turned a life of journalism and education into one where others will benefit from her actions.

After being named the student with the best personality in 1958-1959 at Northeast Mississippi Junior College, Taylor began a career that would see her become an industry leader throughout the southeastern United States.

Originally from New Albany, Taylor was one of the founding editorial staff members of the Southern Living and Progressive Farmer magazines, however, having a prominent spot in most Southern homes through her work, Taylor was focused on education and helping Mississippi and Southern students find their ways in life.

With a background in education, Taylor was an assistant professor at Mississippi State University and the former head of the Department of Home Economics at McNeese State University.

Taylor has been active in the community throughout her life which has led to prestigious honors for the New Albany native including being named amongst the Outstanding Young Women in America, the Who's Who in American Women, the Personalities of the South and a Foremost Woman in Communications.

In addition to being elected the student with the best personality while at Northeast, Taylor was a home economics officer, a Sigma Tau Sigma officer, a Wesley Foundation officer, an SCA officer and a member of The Torch, the college's yearbook.

Taylor has turned her educational and journalistic background into her main career and was even a manager of Consumer and Public Affairs at GlaxoSmithKline, a multi-national pharmaceutical company.

Malcolm White is one of Northeast's native sons and has turned his career into promoting the hospitality and tourism industry in Mississippi throughout southeast, the nation and the world.

A native of Stone County and Booneville, White holds a bachelor's degree in social studies from the University of Mississippi in Hattiesburg and has been turning his love for history into a passion throughout his life.

White has served on various civic and professional organizations, boards and commissions throughout his working career including being the chairperson for the Mississippi Blues Commission and the Jackson Historic Preservation Commission.

However, White may be known most for his ownership and operating of a historic and iconic gathering spot in the capital city - Hal & Mal's - which pays homage to the two founding members of the restaurant and both of Harold T. White's son.

Throughout the years Hal & Mal's has become a cultural melting pot for extraordinary events and festivals throughout Mississippi and the restaurant owner is credited with creating the Hal's St. Paddy's Parade in Jackson that benefits the Blair E. Batson Hospital for Children at the University of Mississippi Medical Center and generates over $10 million in economic impact for the City of Jackson each year.

Hal & Mal's received the 2020 Keeping The Blues Alive Award from The Blues Foundation for its work toward the Mississippi tourism industry. White has even authored a book about his family's 36-year business enterprise entitled, The Artful Evolution of Hal & Mal's, which takes readers through stories about the famed Jackson landmark.

In addition to The Artful Evolution of Hal & Mal's, released in 2018, White has become an accomplished author with Little Stories: A Collection of Mississippi Photos (2015) and was featured in the 2014 edition of Mississippi Entrepreneurs. The Mississippi Humanities Council has honored White with the Preserver of Culture Award at the state level.

White's love for hospitality was only matched by his love for tourism in the state and the Northeast son wrapped up a 12-year career with the Mississippi Arts Commission, an art-based granting and service agency, in September 2020 that saw him help bring tourism and the film industry to the Magnolia State.

White also served as the director for Visit Mississippi, the state's tourism office, where in his capacity, he developed and implemented plans to bolster economic growth and opportunities throughout Mississippi through tourism and promoted the state's creative economy as a travel destination and film location.

Currently, White is the co-host for the weekly radio show, Deep South Dining on Mississippi Public Broadcasting and contributes to the Mississippi Arts Hour - a project he began while with the Mississippi Arts Council. White was instrumental in starting a $25,000 scholarship endowment in the memory of his parents, Mr. and Mrs. Harold and Jane White.

Today, White enjoys his early retirement and is focused on gardening and being a grandparent.

Northeast's Development Foundation offers a comprehensive program of giving opportunities and is specifically responsible for gifts to the college involving estate planning, real estate, insurance, endowments, annuities, trusts, pooled income funds or other special donations that require ongoing management or binding agreements. It exists to serve Northeast by providing programs and benefits not fully provided by other sources. For more information about becoming a game sponsor or making a donation to the foundation, contact Northeast Development Foundation executive director Patrick Eaton at 662-720-7165 or email dpeaton@nemcc.edu.

In the spring of 2020, Northeast became just one of four community colleges in the world to reach the prestigious Apple Distinguished School designation. NEMCC was the recipient of the Ellucian Impact Award for 2020 that recognizes the college's advancements in technology and is the only school in the nation to receive the award with the second award going to the University of Greenwich in London and Kent, United Kingdom.

ZIPPIA has honored Northeast as the top community college in Mississippi in preparing students for the workforce and Northeast became the first college or university to offer a Z-degree (zero textbook cost) degree in the state of Mississippi as well.

Northeast athletics can also boast that it is home to a new ultramodern baseball and softball facility and currently holds the record for largest video boards for both sports in the community college ranks in the state.