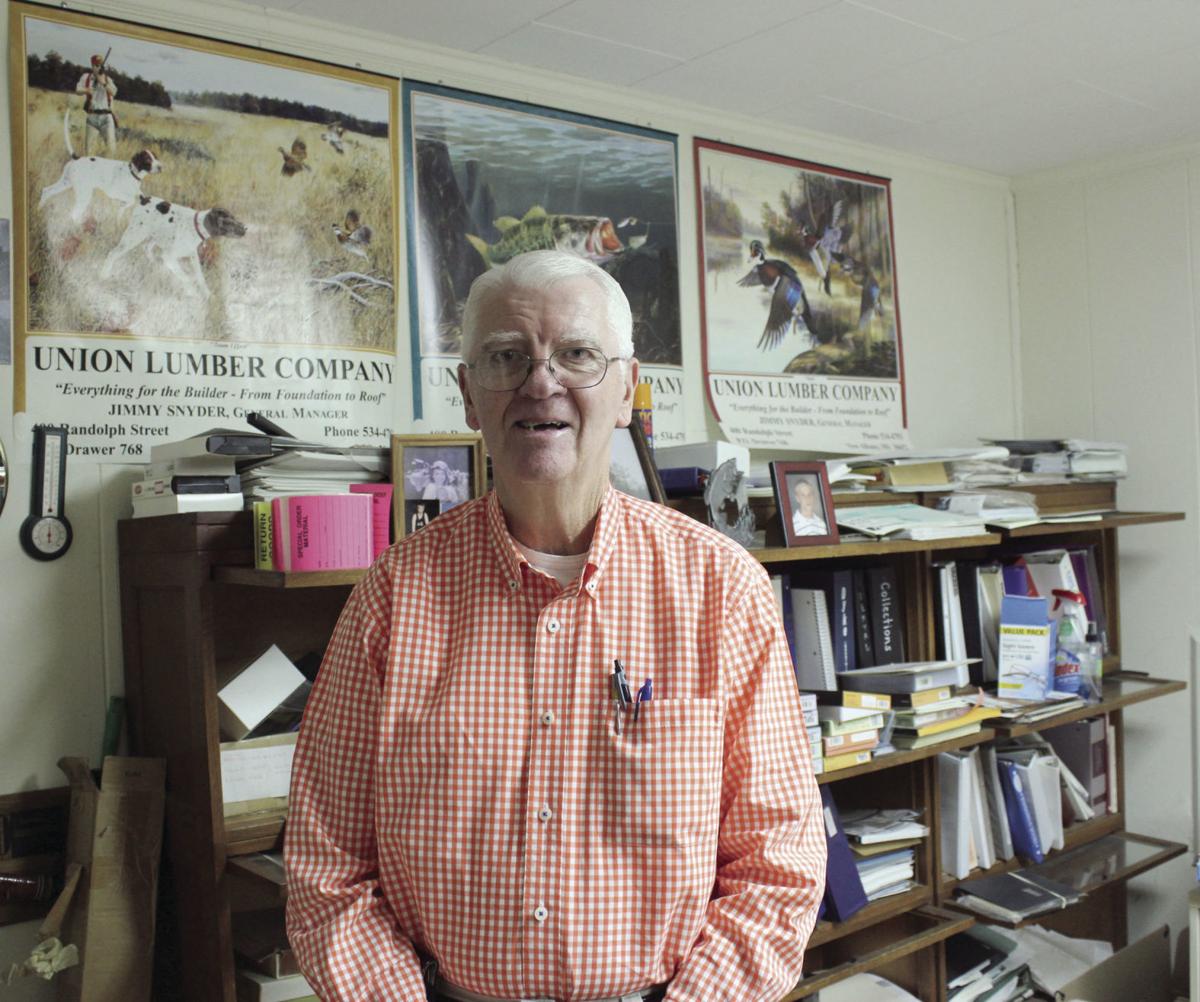 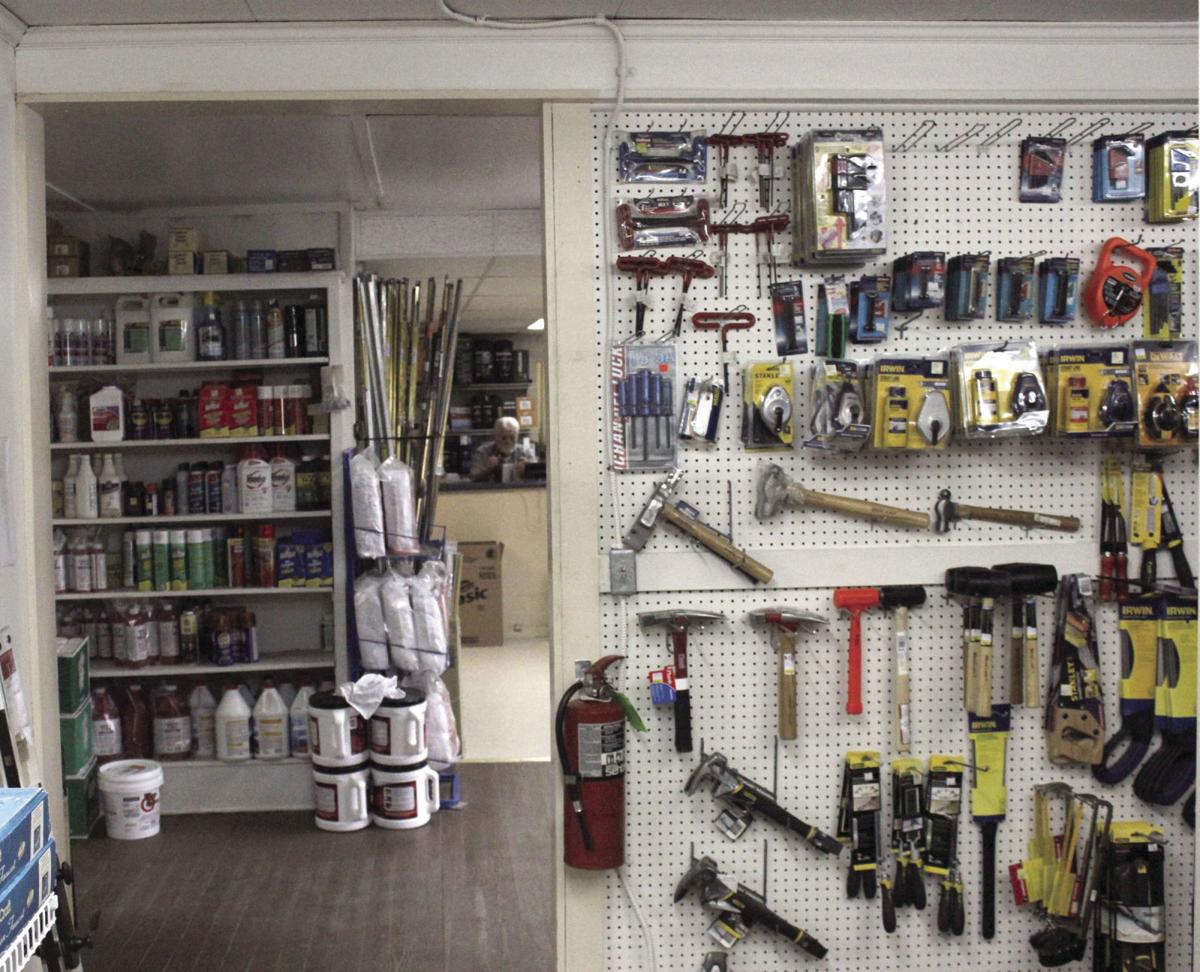 Some of the wide array of tools and other building materials 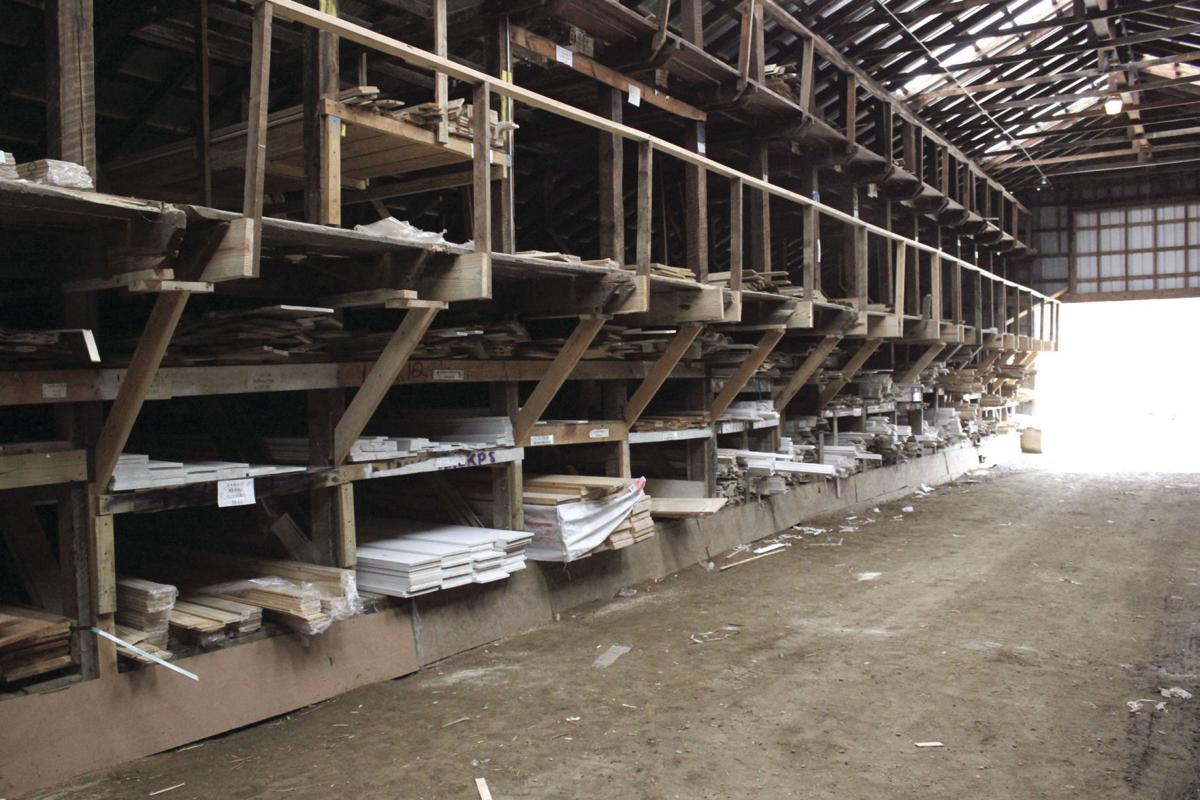 The company has several buildings filled with a variety of sizes and types of lumber. 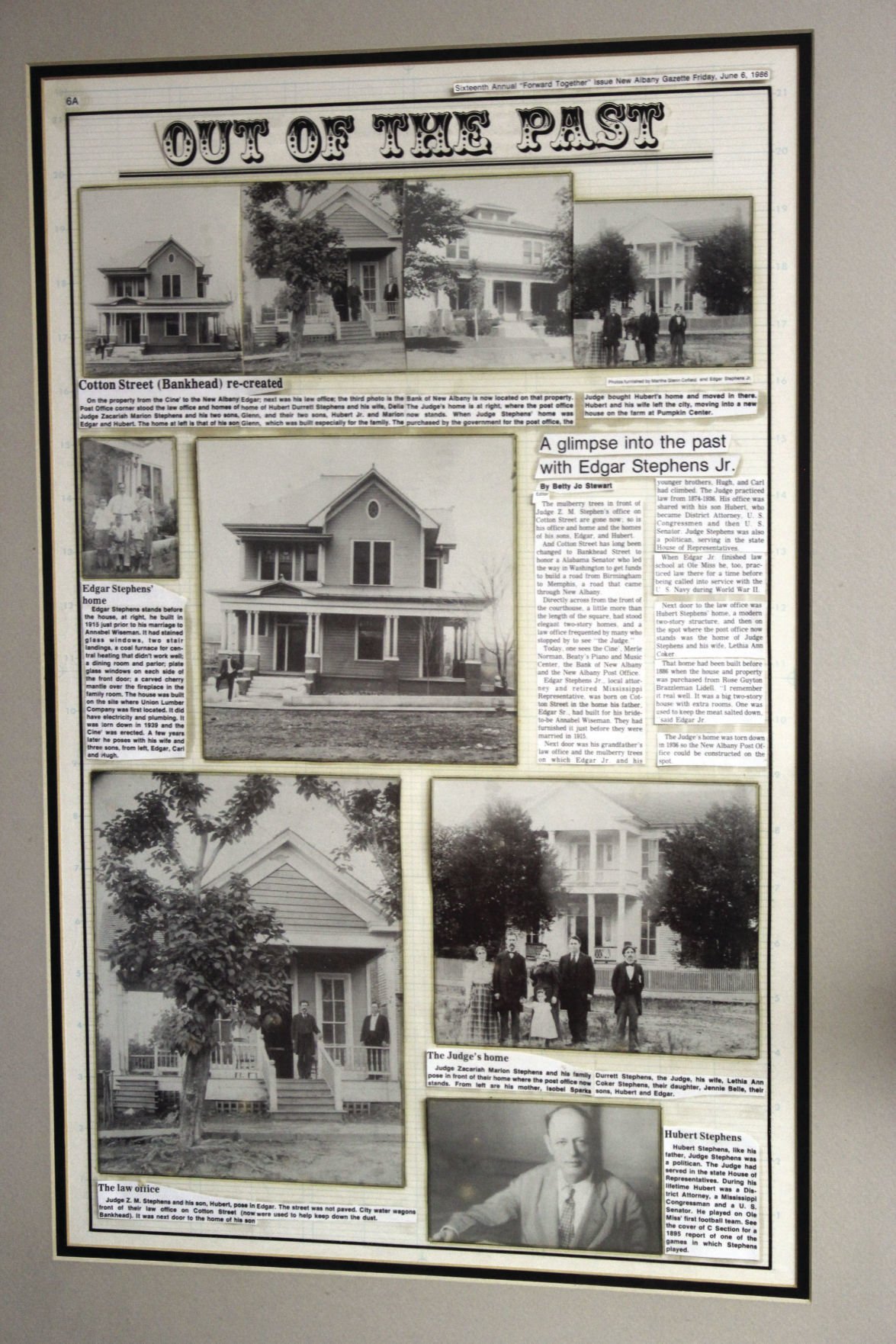 The Stephens Family has been an integral part of Union County history for many decades. Above is a framed copy of one of the news stories written about them.

Some of the wide array of tools and other building materials

The company has several buildings filled with a variety of sizes and types of lumber.

The Stephens Family has been an integral part of Union County history for many decades. Above is a framed copy of one of the news stories written about them.

Just two turns and across the railroad tracks from New Albany’s main street is the Union Lumber Company that shaped the city itself.

When one pulls up to the gravel parking lot, the historic sight can be striking especially compared to modern Home Depots and Lowes.  If buildings could tell stories, Union Lumber Company has a tale over a century old.

The lumber and building supply company was founded by Edgar J. Stephens Sr. at the turn of the 19th century into the 20th century.  The idea of a lumber company came to Edgar after he had invested his savings in an ox team and wagon where he traveled the countryside cutting up and selling fattened cattle door to door.  During his travels he passed by lumber where he then began picking up lumber to stack on his land (where the Cine’ theater is located) so he could supply the local builders.

Then in 1902 Edgar Stephens partnered with Tom Reed to buy the former New Albany Cotton Oil Mill which they founded Union Lumber Company on.  True to Edgar’s diverse business interests, the Stephens family oversaw the lumber supply and building company in addition to a rental properties, a large farm, a cotton gin, a meat packing plant, an ice distribution center, and a sand and gravel business along with a ready-mix concrete business – both of which were sold to Mark Marietta and B&B, respectively.

Now the old cotton gin remains on the property, just a brisk walk away from the main store where its longtime manager, Jim Snyder, can be found.

Snyder is on his 51st year with the company ever since he started when he was a college student at Northeast in Booneville.

“The Stephens family is great people. They treat me like family and we get along. We’re never cross with them,” Snyder said.

Snyder personally worked with Edgar’s three sons who took over after Edgar passed away in 1941.

“When I started here,” Snyder said, “there were three brothers – Hugh, Edgar Jr., and Carl – who took over the business after their Dad was a in a car wreck and passed after. They kind of split the business three ways. Edgar Jr., the oldest, helped with financing and legal work and Hugh took care of farm and residential business.”

When the youngest brother, Carl, passed away, the Stephens family asked Snyder to help uphold the business.

“(Snyder) is more than just an employee. I count him as one of my bonus sons. It really is a family business,” said Anne Stevens, wife to late Hugh Stephens, Sr.

Snyder brings over 50 years of experience to helping people build and furnish their homes, treating every customer as a friend.

“We have a little bit of everything,” Snyder said. “Our motto is, ‘Everything for the builder,’ and we keep about everything to build a home here. One very seldom has to do anything else or go somewhere else because we have it all here.”

Snyder’s words rang true as he guided a tour through the lumber company. The shop itself is a maze of doors that led to bigger and bigger rooms stocked from floor to ceiling with tools, appliances and decoration for every part of the house from the bathroom to the porch and yard. One could arguably find anything in the store with help of a friendly employee.

The store’s primary business is supplying home builders, independent or contractor, with anything they need. Snyder said the bulk of Union Lumber Company’s business is selling volume packages, drywood, and tools to builders and contractors.

“We get material from everywhere, whole sale, all over the country,” Snyder said.

He explained the building’s location next to the rail lines is because they used to haul lumber off the trains. Even though the trucks now deliver the material and employees use forklifts, Snyder remembers the hard work ethic earned from long days until sunset where men carried heavy lumber with calloused hands.

The thorough service and tireless work ethic under Snyder’s leadership is reminiscent of when the lumber and building company employed crews of carpenters, brick makers and painters as the company built and financed homes for new homeowners in decades past.  Union Lumber Company also constructed the vocational center at New Albany High School and the Renasant Bank, to name a little of the family’s undeniable impact on the city.

“I think the business has had a positive impact on the city,” Snyder said. “The family is very civic minded and they’ve done a lot to help the city and Union County. The family helped acquire the Civic Center where the Magnolia Theater is located, given money to education, and was instrumental in getting the Wal-Mart distribution center here. We owned that land and they practically gave it to them. They’ve always developed the community.”

“We’ve had a long association with Union County,” Stevens said. “New Albany and Union County has been good to us and we do appreciate it. We are thankful for their support and encouragement through the years. We try to keep being good citizens by giving back to the community to help make it better.”

Snyder said the city has changed a lot since the company was founded over a century ago, and for the better, too. Union Lumber Company has had an undeniable impact on the city, and the shop stands ready by the railroad tracks to keep providing for every homeowner and home builders in the county.