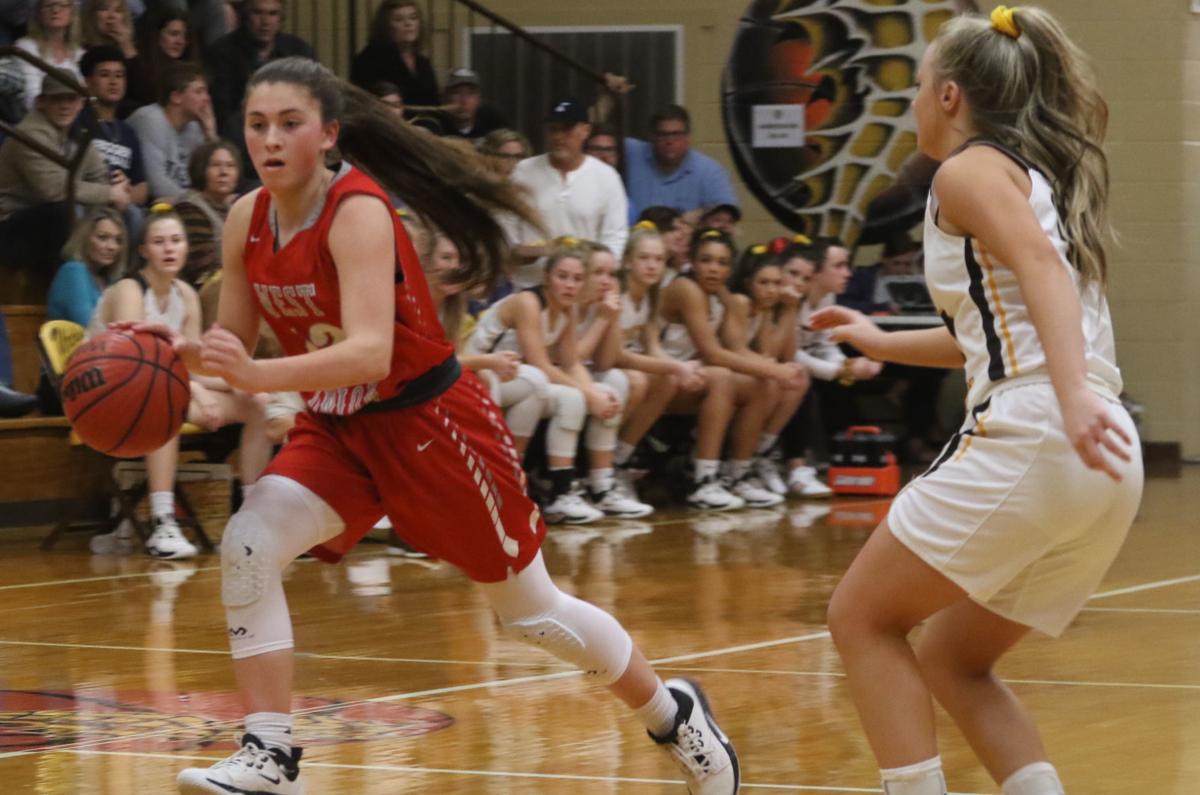 Emma Callicutt drives up the court against East Union. Callicutt scored 16 points in the win. 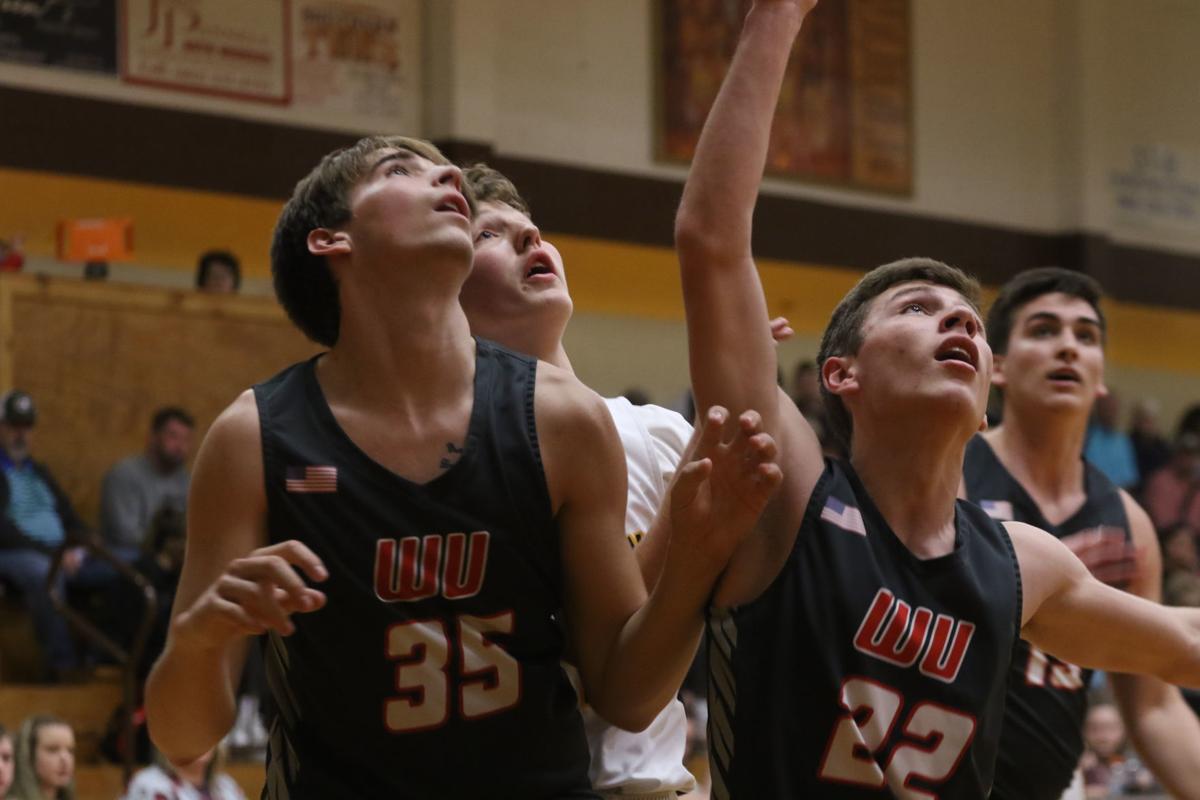 Jerod McDonald (35), Hayden Roberts, Boo Robertson (22) and Luke Willard have their eyes focused on the boards for the rebound. 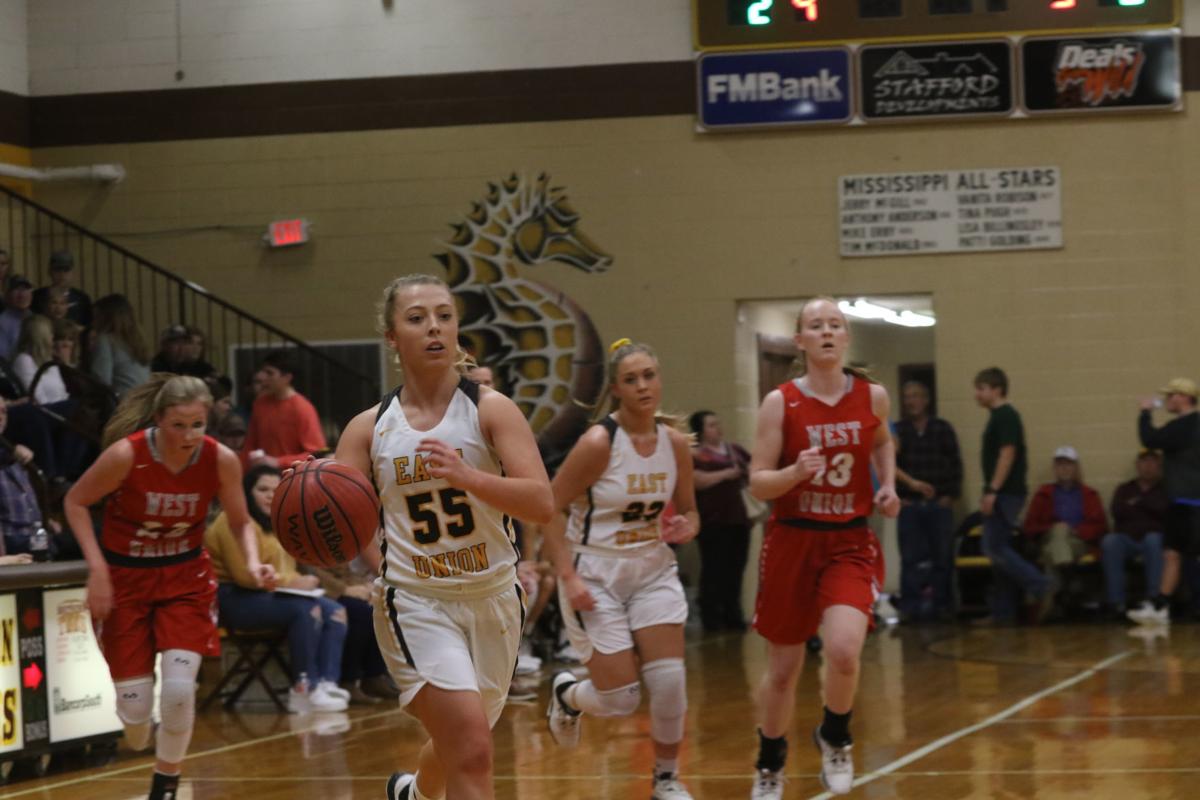 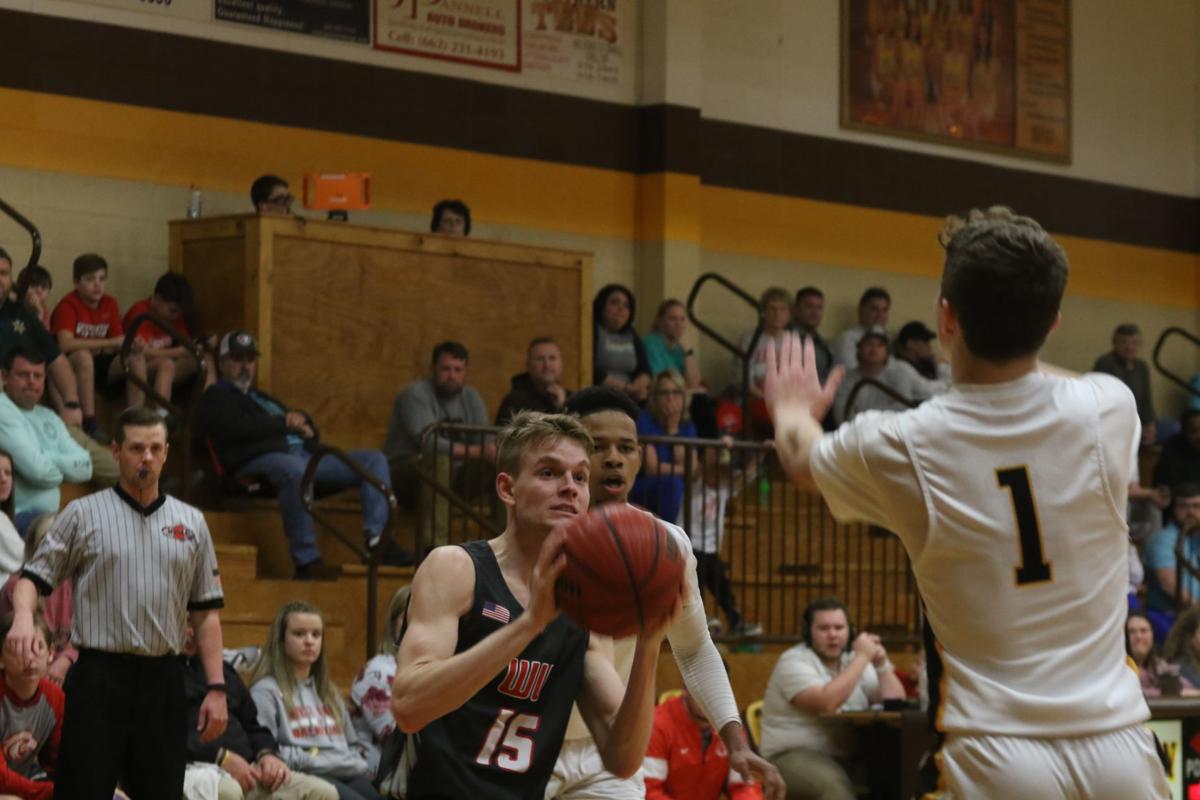 DeJuan Hubbard poured in 25 points on senior night to lead East Union to the 72-67 win over West Union.

Emma Callicutt drives up the court against East Union. Callicutt scored 16 points in the win.

Jerod McDonald (35), Hayden Roberts, Boo Robertson (22) and Luke Willard have their eyes focused on the boards for the rebound.

ELLISTOWN - East Union and West Union boys battled for the full 32 minutes of play before the Epic Urchins prevailed in their narrow 72-67 win.

The Eagles overcame an 11-point lead by the Urchins at 61-50 near the midway point of the final quarter and pulled within one at 68-67. However, East Union hit four free throws in the final minute to seal the win in brown and gold.

West Union roared out to a 19-0 lead and went on to win the girls contest 57-37. The Lady Eagles did not allow East Union to score until right at the buzzer to end the first quarter as Kaitie Boatner finally broke the scoring drought.

The Lady Eagles relied on the scoring punch of Annie Orman and Emma Callicutt as they poured in 34 of the 57 Lady Eagle points.

East Union tried to mount a comeback in the second half as Sylvie McVey sparked the offense with 11 points during the third quarter including three 3-pointers.

East Union pulled to within seven at 42-35, but West Union closed out the contest on a 15-2 run. Callicutt and Anna Carwyle both were perfect from the free throw stripe in the quarter as they both hit six of six attempts.

Orman of West Union led all scorers with 18 points while Callicutt was close behind with 16 points. Carwyle finished with nine points. McVey led East Union with 11 points and Boatner hit for 10 points.