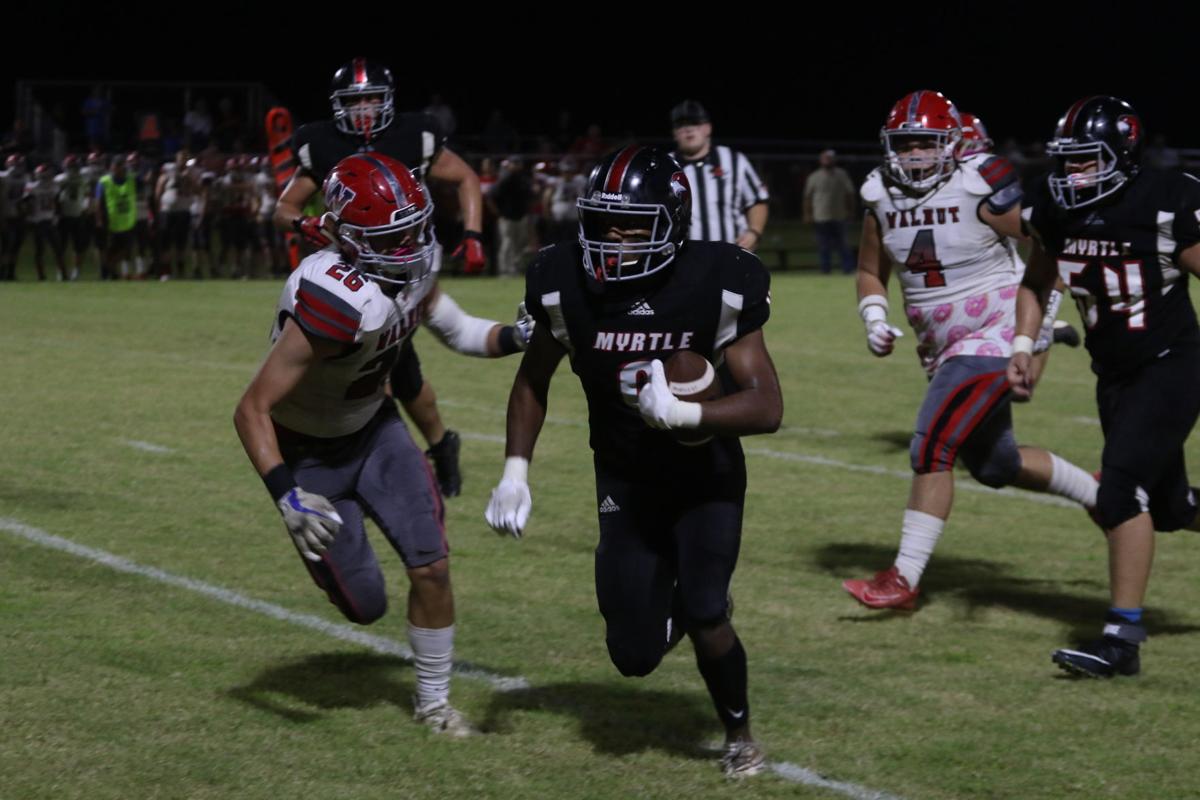 Elijah Thompson is loose for the Hawks on a 32-yard reception deep into Walnut territory. 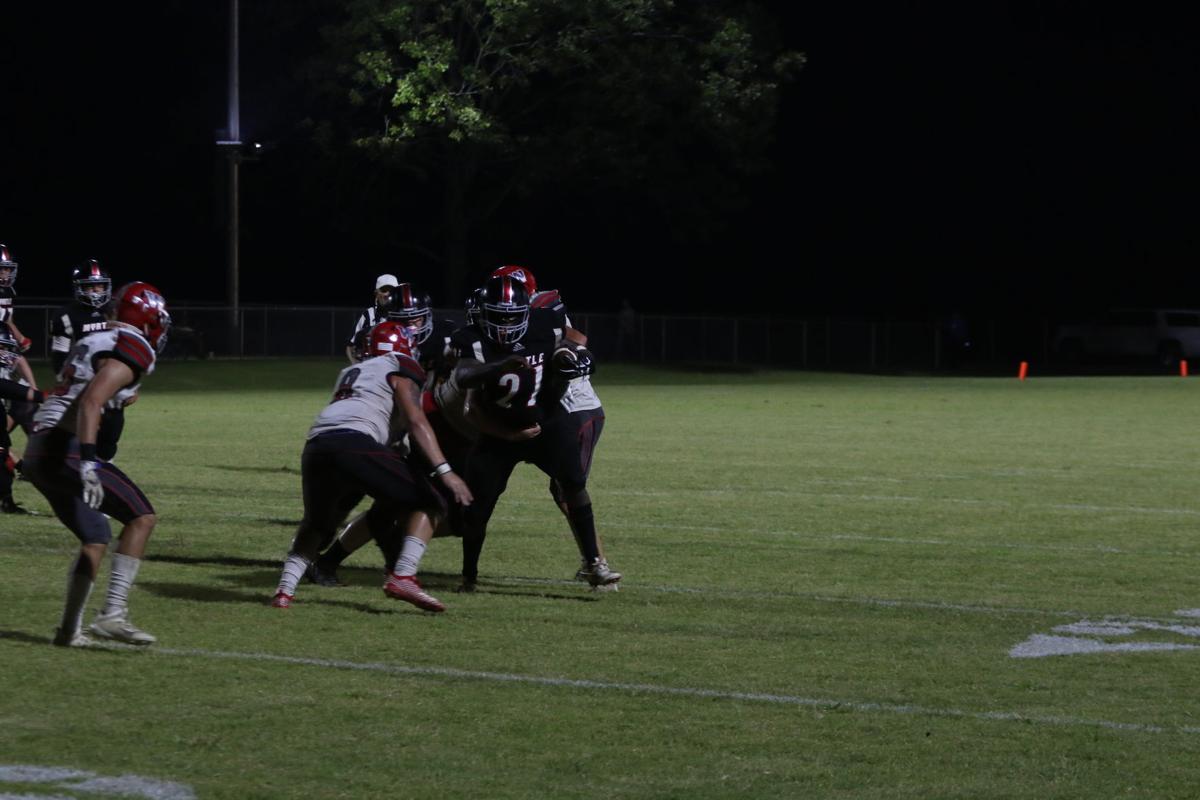 Myrtle's Andrew Phillips drags several Wildcats along before he is brought down. 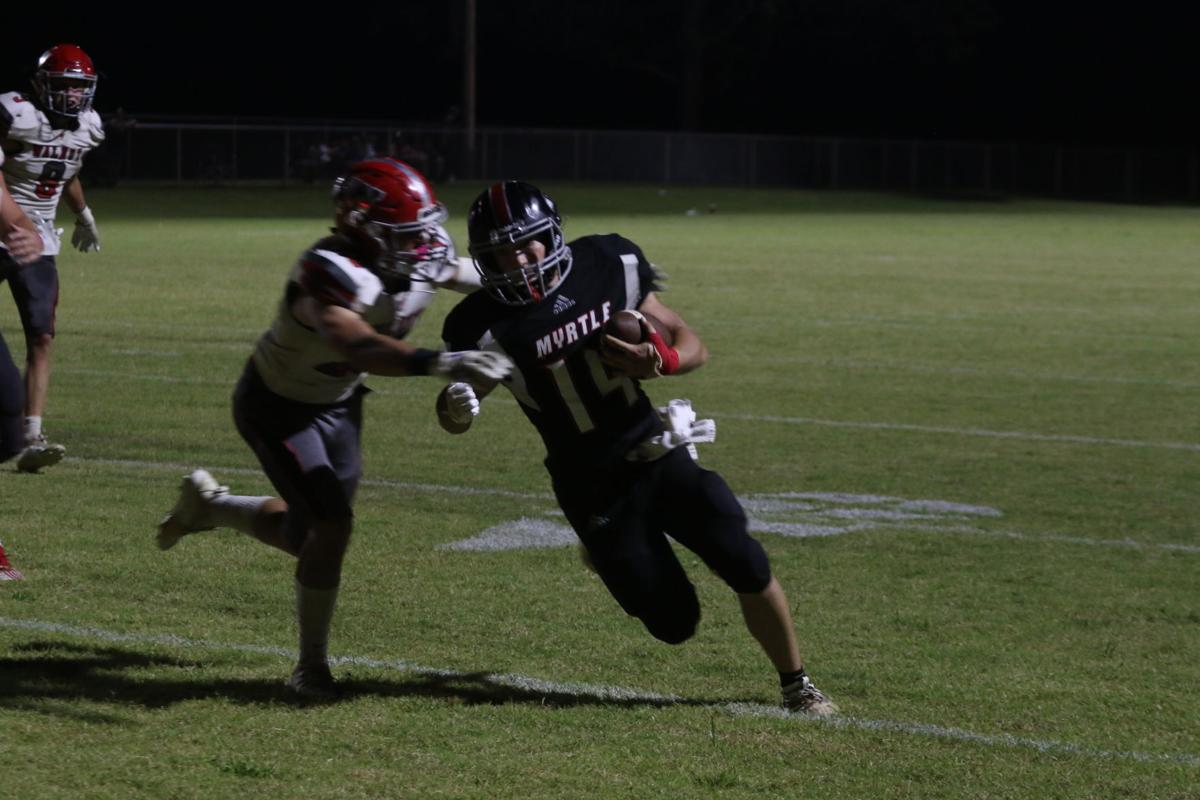 Tanner Fryar had this eight yard TD run called back because of a holding penalty. 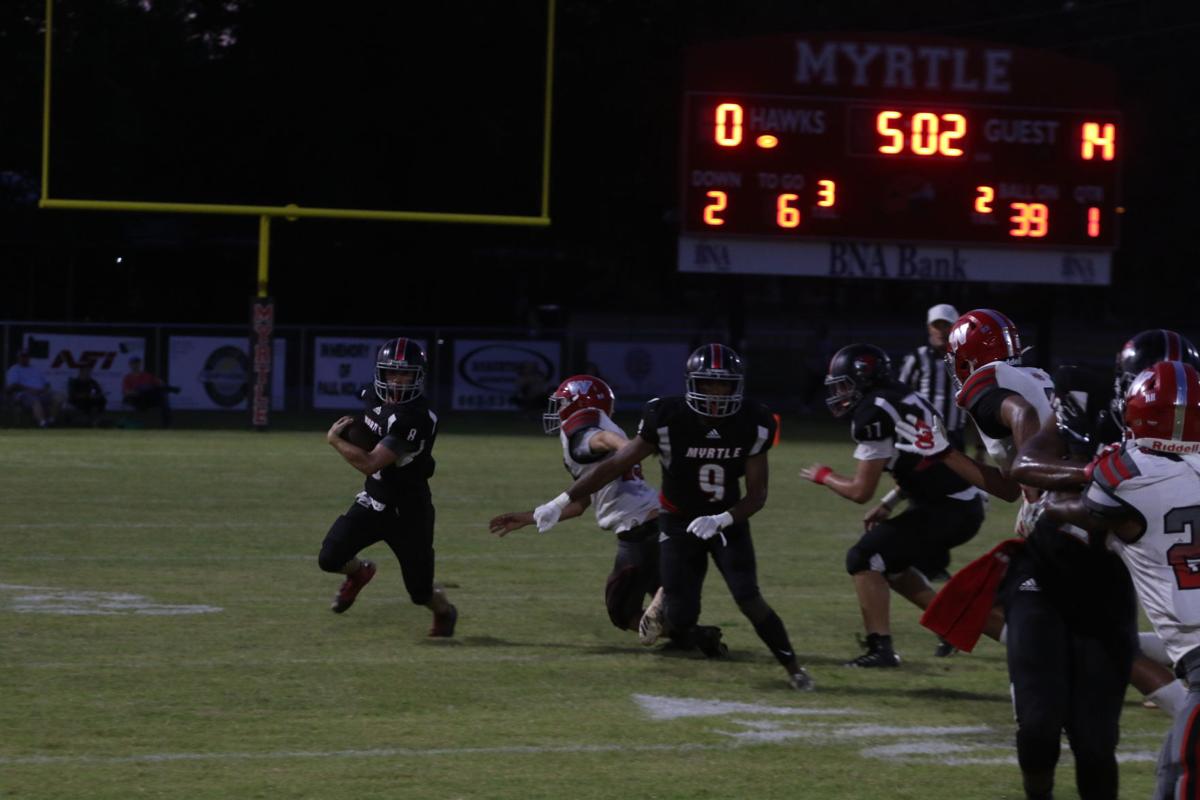 Ethen Hunt (8) turns the corner for a nice gain as his blockers clear the way. 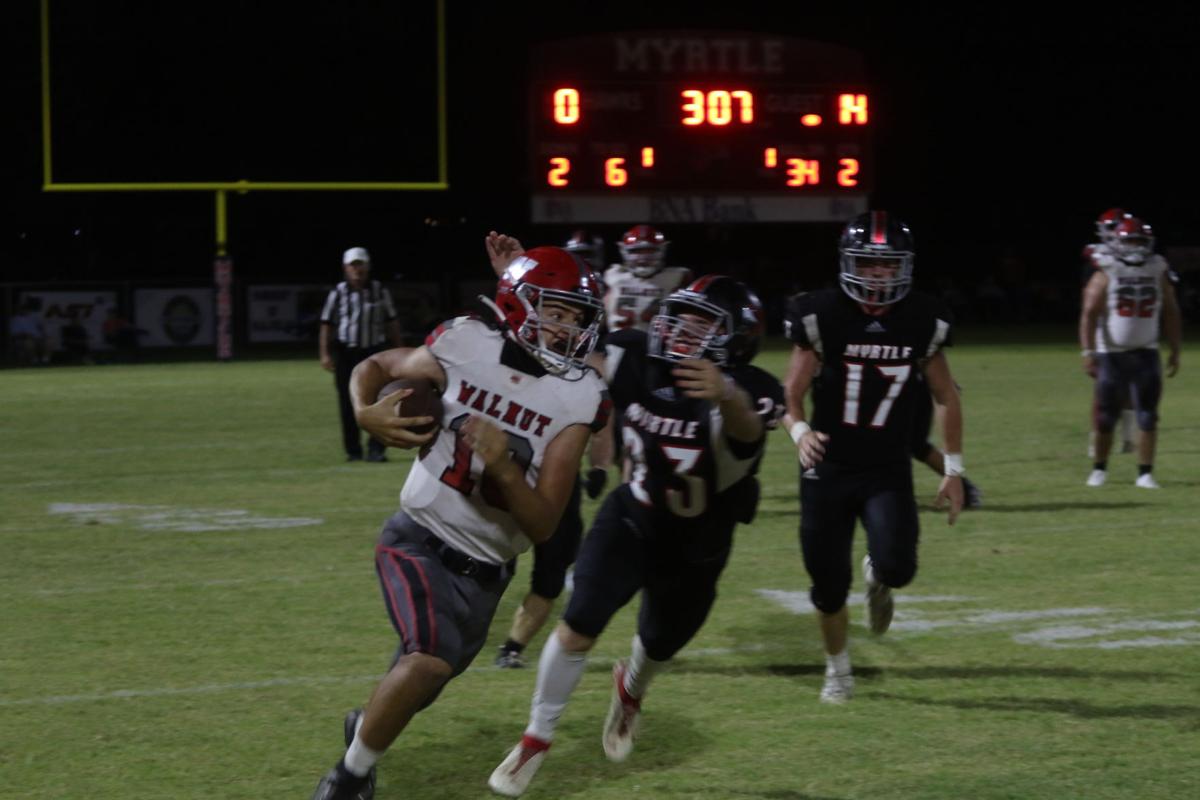 Jackson Mayer picks up big yardage on the quarterback keeper for the Hawks.

Jaden Taylor scores the first Myrtle touchdown at their new field on this 21-yard reception of a Jackson Mayer pass.

By Dennis Clayton Sports Editor
1 of 5

Elijah Thompson is loose for the Hawks on a 32-yard reception deep into Walnut territory.

Myrtle's Andrew Phillips drags several Wildcats along before he is brought down.

Tanner Fryar had this eight yard TD run called back because of a holding penalty.

Ethen Hunt (8) turns the corner for a nice gain as his blockers clear the way.

MYRTLE - Myrtle played their first-ever football game on campus on Friday, but the visiting Walnut Wildcats put a damper on the evening with their 39-13 win. A couple of early scores set the tone for the night as Walnut stayed undefeated.

"We didn't play very good, we were a little sloppy and sluggish, but anytime TJ Colom touches the ball, he's electric," Walnut head coach John Meeks said. "He makes me look like a whole lot better coach than I am, he makes us a lot better team."

Walnut held Myrtle to a three and out on their initial possession and took over the ball at the Wildcat 40.

The Wildcats drove 60 yards in seven plays with TJ Luellen running over from the two for the second Walnut score. Walnut led 14-0 after a quarter.

Myrtle had a serious threat during the second period as the Hawks too over at the Walnut 42. The Hawks gambled and went for it on a fourth and eight with quarterback Jackson Mayer hitting Elijah Thompson with a 32-yard pass.

Myrtle appeared to be in business at the Walnut eight with first and goal, but an eight yard touchdown run by Tanner Fryar was negated by a holding call. The Hawks failed to overcome the penalty and later turn the ball over on downs.

Walnut made the Hawks pay as they drove 83 yards in six plays to score right before half. Colom zig-zagged through the Myrtle secondary for a 40-yard TD run and Zuniga's kick made it 21-0 at the half.

The second half started off badly for Myrtle as C.J. Adams of Walnut scooped up a Hawk fumble near midfield and returned it 48 yards for a Wildcat score with 11:32 left in the period.

Myrtle was finally able to pick up their first touchdown of the evening later in the third quarter on a freak play. Jaden Taylor snagged a Mayer pass in mid-air that had bounced off a Walnut defensive back and sprinted in for a 21-yard touchdown. Benji Dillard added the extra point to cut the lead to 27-7.

Walnut added two scores in less than five minutes in the fourth quarter to pad their advantage and secure the win.

Eli Dollar caught a Cade Hunt pass of 13 yards for the first Wildcat score and Tyler Trussell added the final Walnut touchdown with a three-yard run.

Myrtle's Gabe Medlin excited the home crowd with night's final score as he returned the ensuing kickoff 75 yards for the touchdown.

"We played good team ball and we spread it around," Meeks said. "They (Myrtle) have got some playmakers on offense, they gave us some trouble with their blocking schemes that we had to adjust to.

"Lot of credit to Myrtle, they are going to be fine, but overall, I'm always happy with the win, but we've still got work to do."