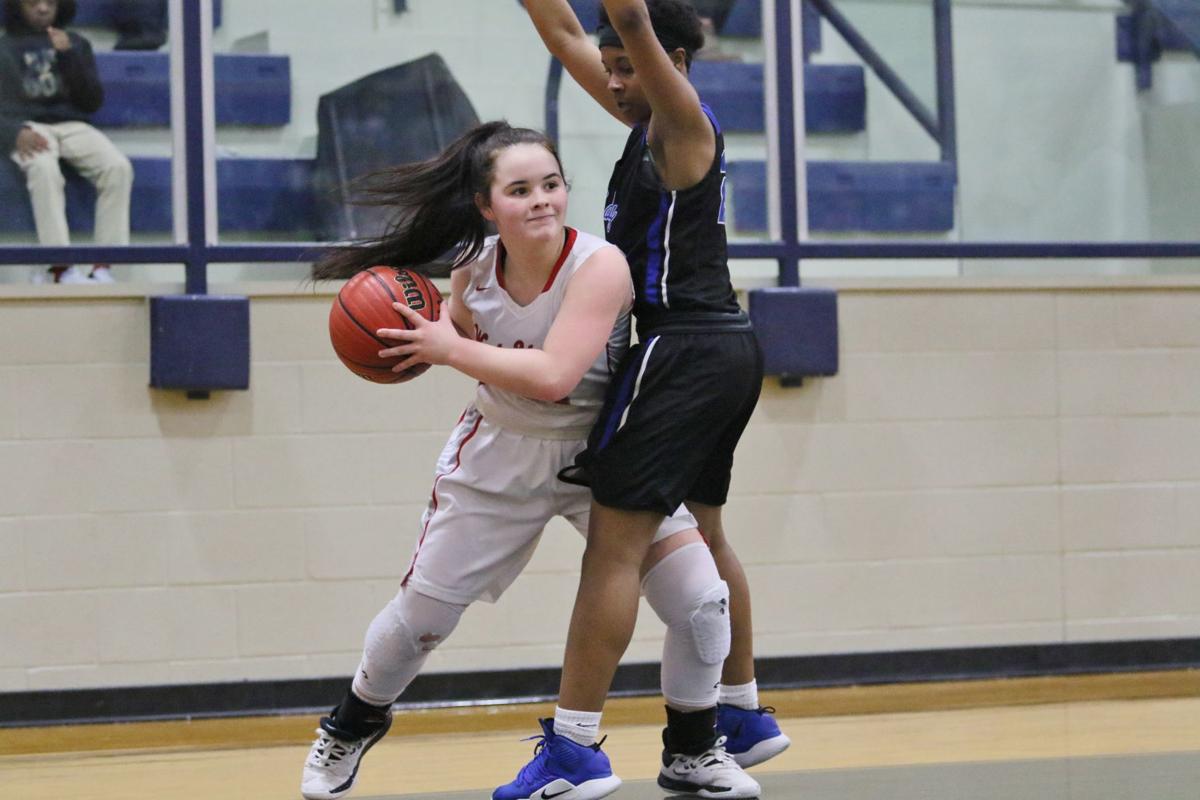 West Union's Ella Kate Taylor looks for an open teammate after chasing down a rebound in the corner in Wednesday's semifinals game against Ashland. 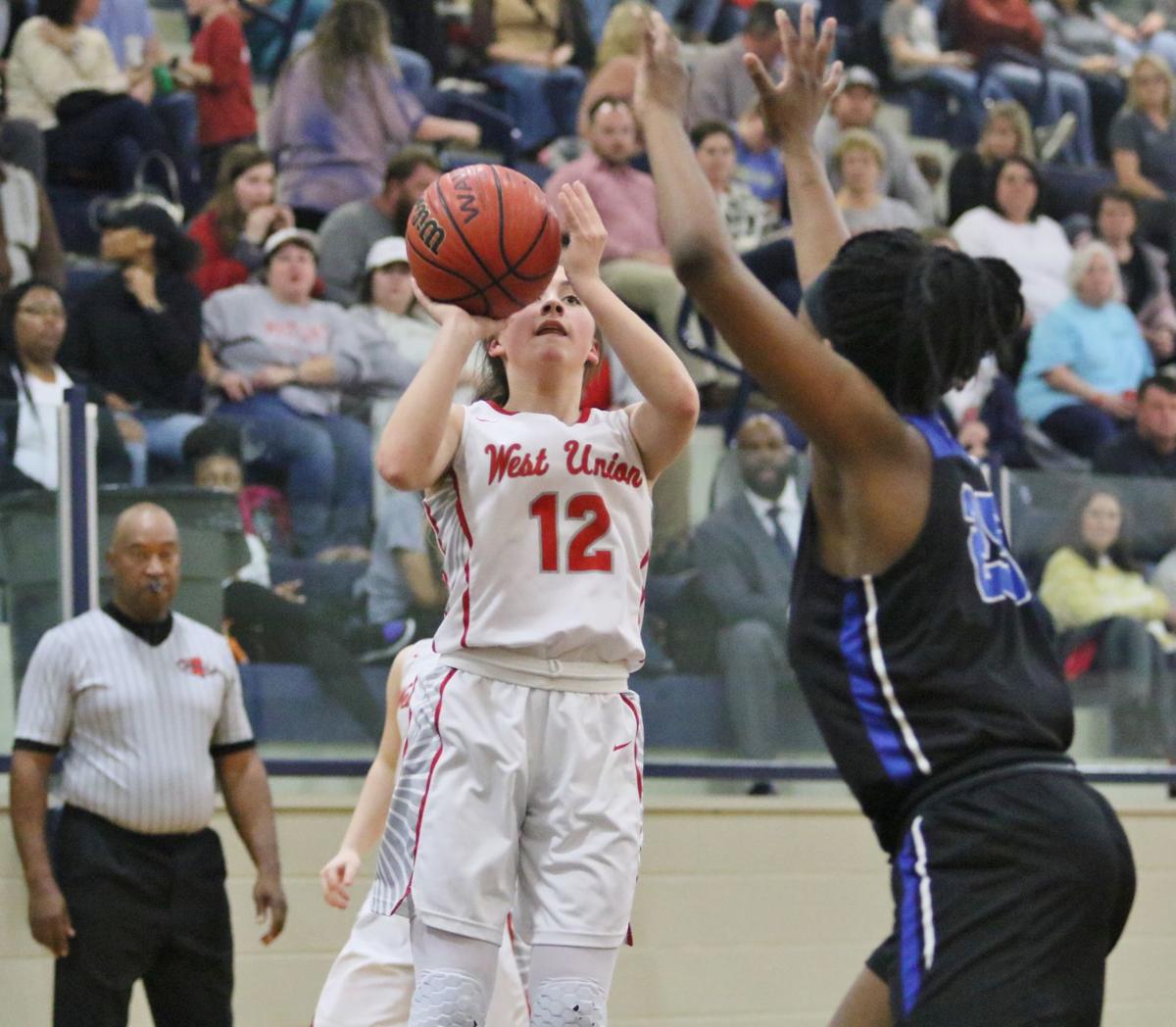 West Union's Emma Callicutt shoots over Ashland's Jenevia Williams in the second half of Wednesday's semifinals contest at the Div. 3-1A Tournament.

West Union's Eden Conlee hoists a 3-pointer from the corner in the second half against Ashland. Conlee led the Lady Eagles with 22 points, including four makes from three-point range.

West Union's Annie Orman dribbles up the floor in transition. Orman notched 18 points in the 52-51 loss to Ashland on Wednesday.

West Union's Ella Kate Taylor looks for an open teammate after chasing down a rebound in the corner in Wednesday's semifinals game against Ashland.

West Union's Emma Callicutt shoots over Ashland's Jenevia Williams in the second half of Wednesday's semifinals contest at the Div. 3-1A Tournament.

This game sent shockwaves across the landscape of Class 1A girls basketball. The Lady Blue Devils (9-17) pulled off the improbable upset over the Lady Eagles (20-10) to secure their spot in Friday's championship game.

Ashland junior Sylena Smith was fouled with one tenth of a second remaining following a steal with the game tied at 51-51. Smith stepped up to the line and missed the first attempt but her second shot was nothing but net to clinch the monumental win.

“This is such a big win for us,” said Ashland head coach Michael Cathey. “West Union is a really good team that has beat us twice already. For us to comeback and win this one is big for our confidence moving forward.”

Ashland took control early in the first half, building a 10-point lead by the 5:13 mark of the second quarter following an 11-1 run, capped by a steal and layup from Smith. West Union's Eden Conlee erased the deficit with 12 of the Lady Eagles' next 13 points, including three makes from three-point range and a basket plus the foul with eight seconds left to send West Union to locker room down 26-25 at the half.

West Union went on a 13-2 run to flip the script in the third quarter, leading 38-30 with 3:07 on the clock. From there, Conlee was held scoreless with her team-high 22 points while dealing with foul trouble. Ashland was able to cut the lead down to four entering the fourth, 41-37.

The Lady Eagles put together a couple of baskets from Ella Kate Taylor and Annie Orman to piece together a seven-point lead with with 2:34 remaining. The duo of Smith along with Cherica Cheairs brought Ashland back. Down six, the two Lady Blue Devils combined for a 7-0 run to take a 51-50 lead with 32 seconds left. Orman was fouled and split a pair at the line with 30 seconds left to tie it again, setting up Smith's dramatic finish.

Cheairs led all scorers with 23 points, scoring 10 in the fourth. Smith pitched in 16 points. Orman added 18 points for the Lady Eagles.