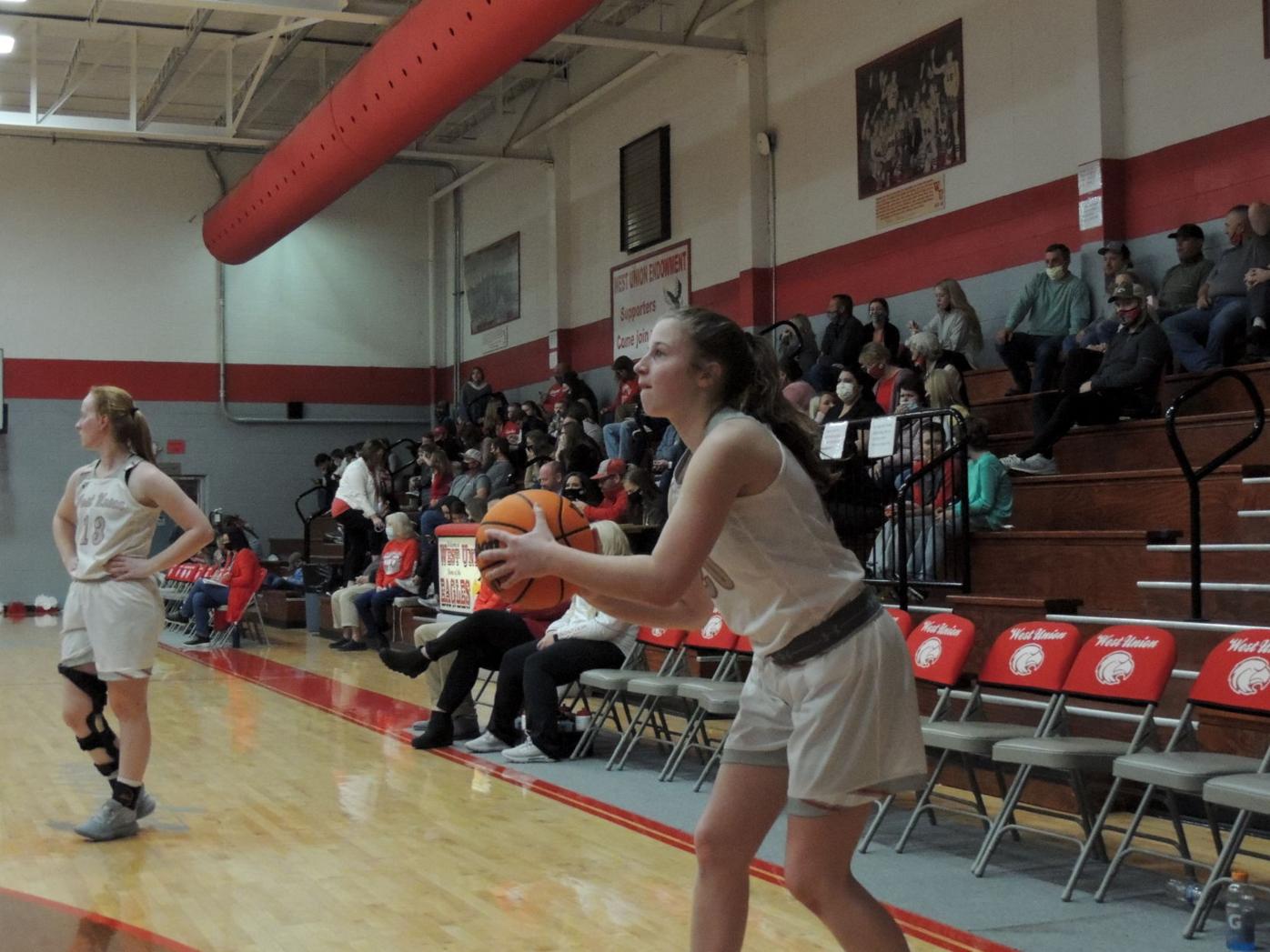 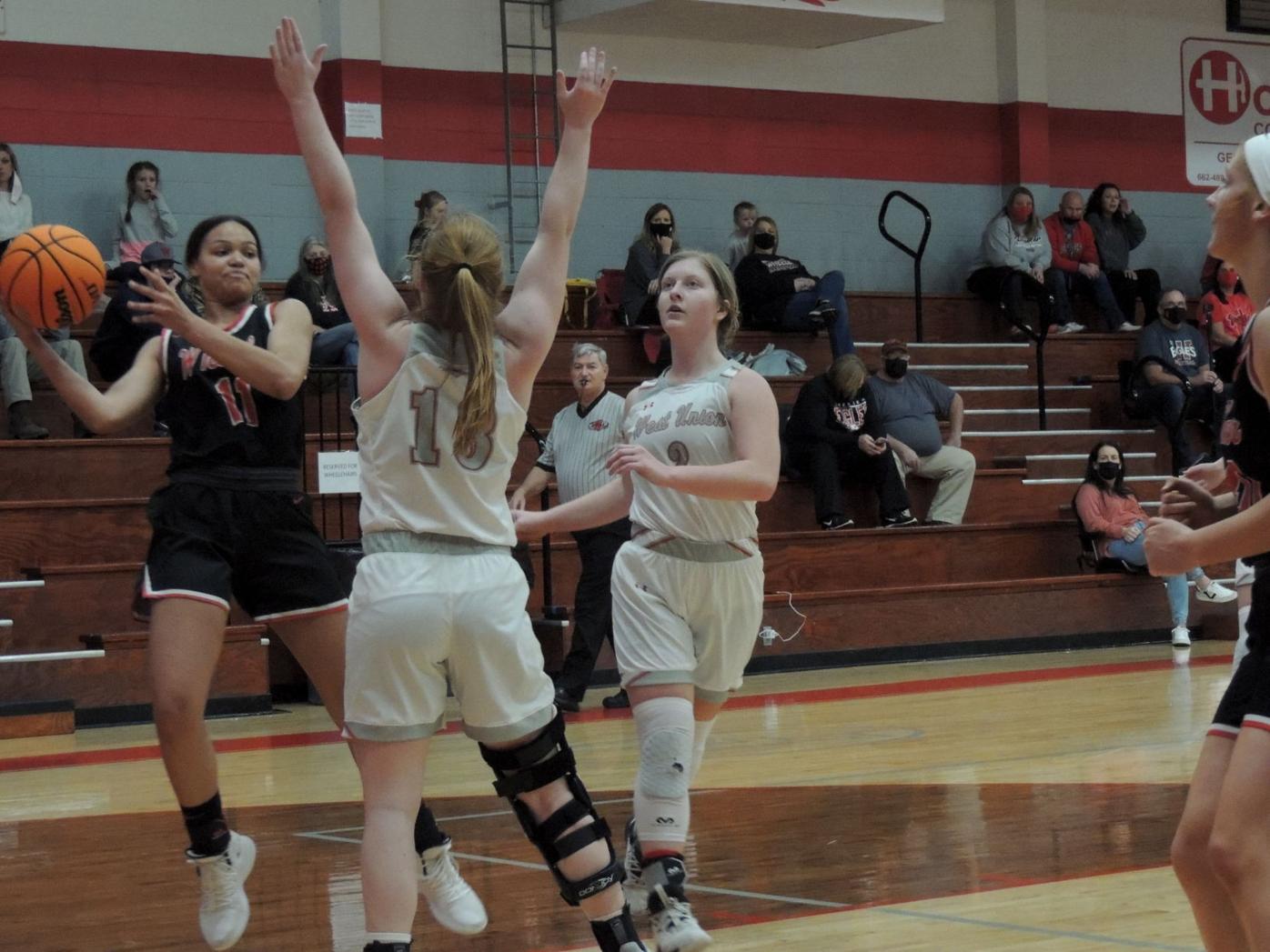 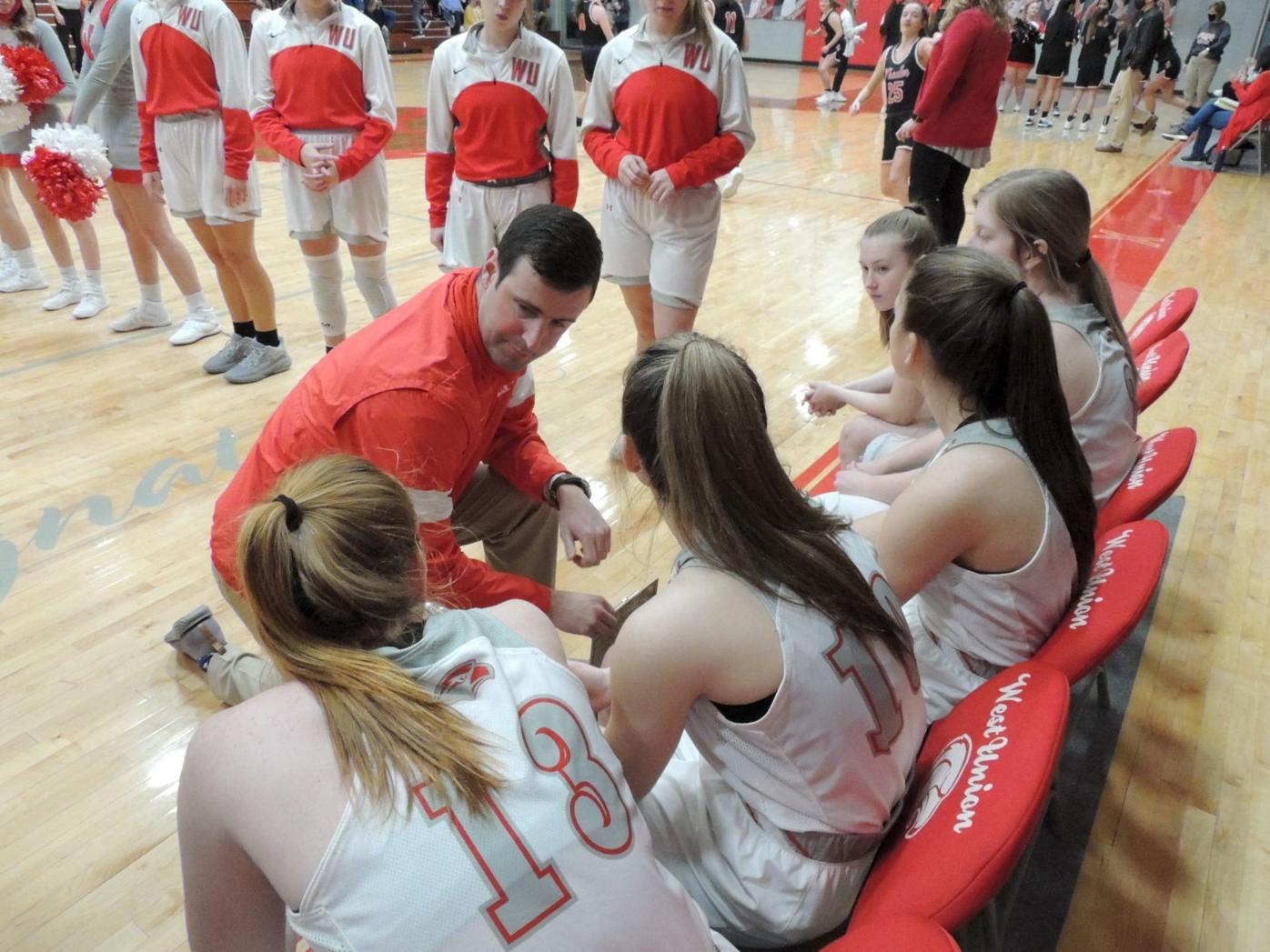 West Union coach J.C. Hayles talks to his Lady Eagles prior to the game against Wheeler.

West Union Emma Callicutt drives around a Wheeler defender in the Eagles' 1A state tournament win.

Gene Phelps | Special to the Gazette
1 of 3

West Union coach J.C. Hayles talks to his Lady Eagles prior to the game against Wheeler.

ENTERPRISE • West Union hit the 20-win mark for the second straight season Monday, defeating visiting Wheeler 56-28 in the first round of the MHSAA Class 1A state basketball tournament.

Senior guards Eden Conlee and Annie Orman sank first-quarter 3-pointers over Wheeler’s zone to give the Lady Eagles a 16-7 lead.

“We were able to hit some shots early with Conlee,” said third-year West Union coach J.C. Hayles. “They started to face guarding, denying her. Then Zoey (Wright) came off the bench and hit a couple of shots from the outside. That really kept us going.”

West Union struggled inside against Wheeler’s taller lineup, but the 3-pointers opened the lane.

“Once we were able to spread it out, others were able to attack the rim more and get more clean layups and clear drives to the basket,” Hayles said. “We were struggling with that early. We were able to get some drives from Annie early and Zoey came in to hit her outside shots. That really put us over the top.”

Blue Mountain defeated Coffeeville 70-41 in its first-round game. The Lady Cougars were scheduled to play in West Union’s Covid-canceled tournament.

“We had our players making adjustments on their own out there,” Hayles added. “They recognized things and communicated. It was a team effort.”