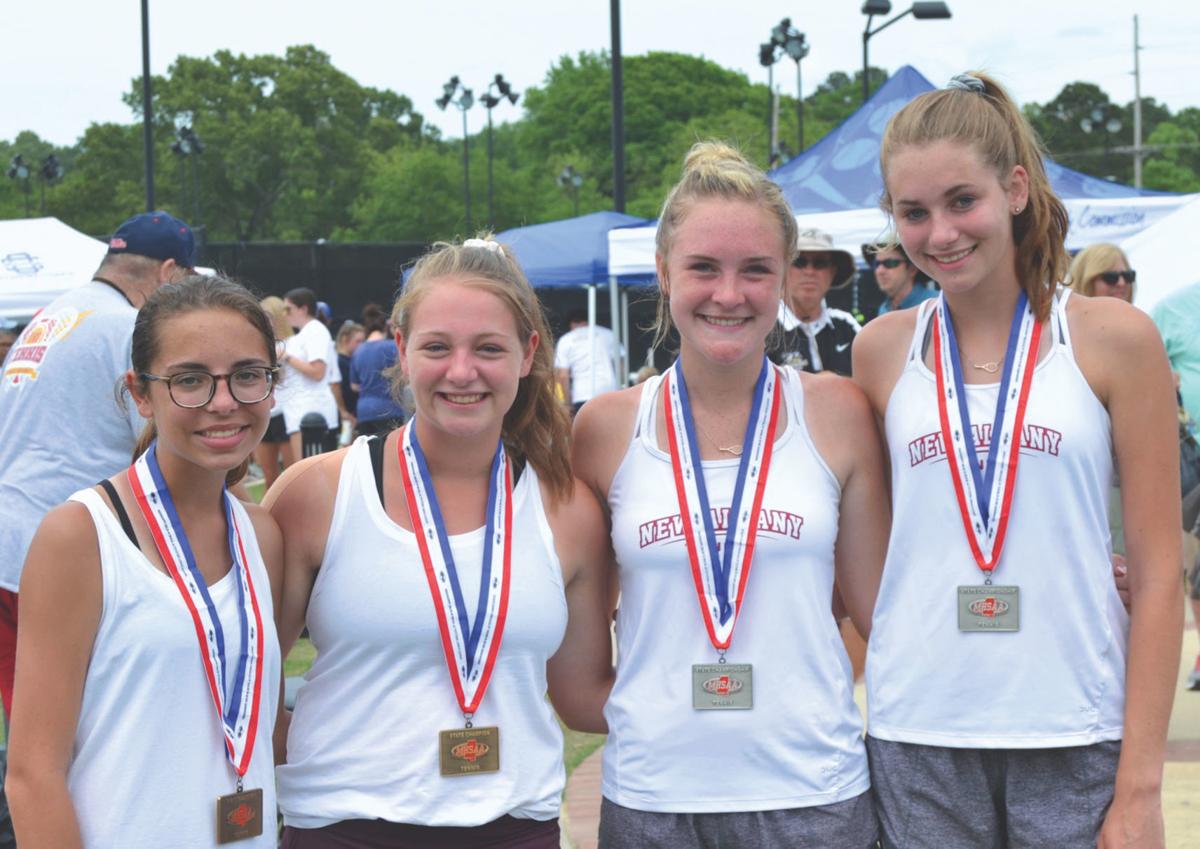 Jill Gafford and Maggie Scott (at left) won the 4A Girls Doubles State Championship in 2019 match over teammates Lexie Kent and Ellie Myers (on right). It was the first all-New Albany girls doubles title match in school history. 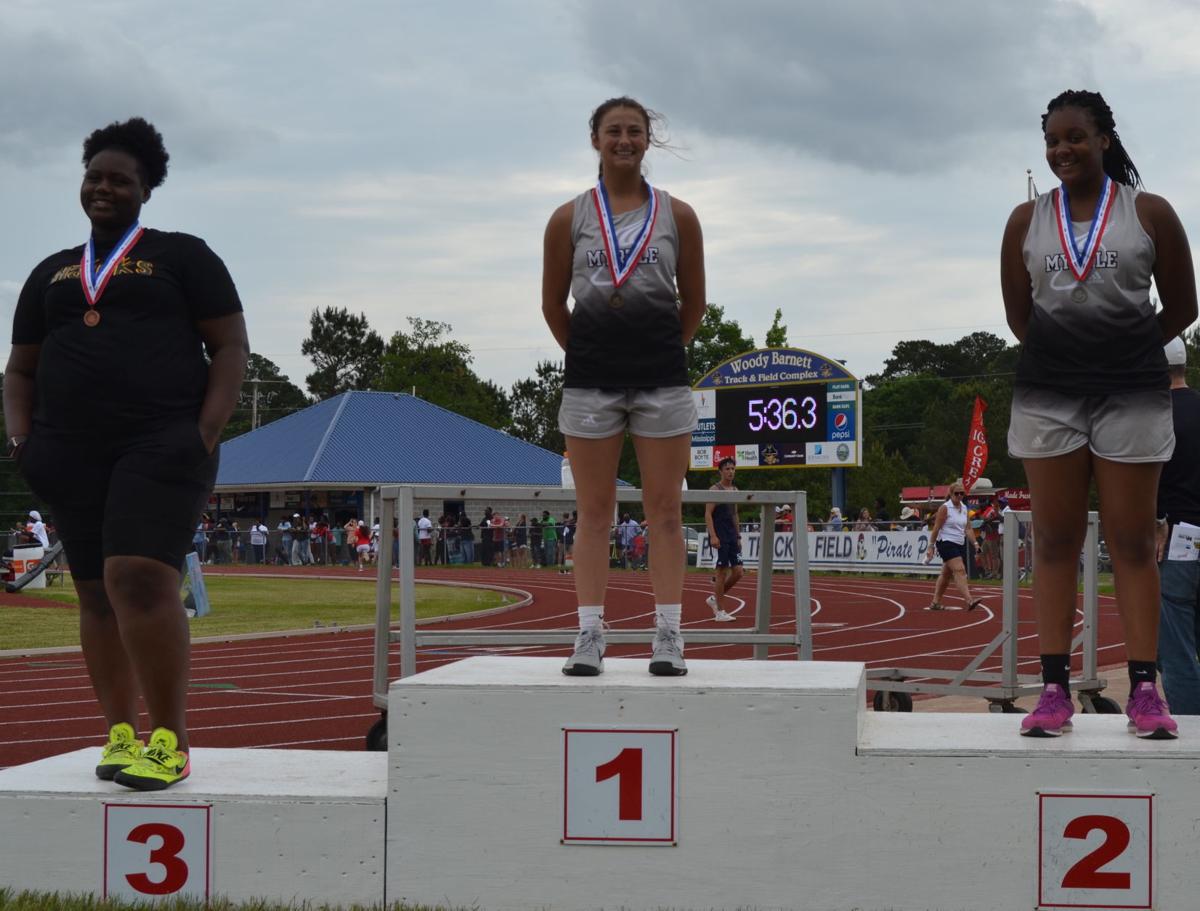 Kinsley Gordon and Charlize Williams of Myrtle finished 1-2 in the 1A girls discus at the 2019 MHSAA State Track and Field Championships in Pearl.

Jill Gafford and Maggie Scott (at left) won the 4A Girls Doubles State Championship in 2019 match over teammates Lexie Kent and Ellie Myers (on right). It was the first all-New Albany girls doubles title match in school history.

Kinsley Gordon and Charlize Williams of Myrtle finished 1-2 in the 1A girls discus at the 2019 MHSAA State Track and Field Championships in Pearl.

Editor’s note: The coronavirus pandemic shut down our local Gazette sports and Dennis shares some of the things that quite possibly could have taken place had we been able to play our seasons...

The closure of the prep spring sports season by the MHSAA due to the coronavirus resulted in my missing a monumental event for one our Union County girls teams plus a few more noteworthy prospects.

First on my list would have to be our East Union Lady Urchin Powerlifting team who would have been competing for their fifth consecutive Class I State Championship in early April.

The Lady Urchins had just won their fifth consecutive North Half title in early March by a 73-51 margin over second-place Bruce. East Union won a total of nine gold medals in the victory.

One of the strong suits for East Union has been their drive and dedication under Coach Scott Duley to continue to work hard and improve on their lifting between North Half and State which has translated into four consecutive titles in Class I girls powerlifting.

Add to the fact that the Lady Urchins returned seven gold medalists from their 2019 team plus two silver medalists and one bronze. It would have been my prediction that East Union would have taken the title once again in 2020.

Based on their past successes at the state championships and their recent 22-point win at North Half, I feel that the East Union Lady Urchin Powerlifting team would have hoisted another title and I regret that they did not get to experience that.

Another sport that would have had a great opportunity to repeat as state champions would be New Albany Tennis. The Bulldogs won the 4A team title in 2019 with a 6-1 decision over Newton County and returned all but two players.

The major obstacle for New Albany this season would have been the North Half title match which would have most likely pitted the Bulldogs against Newton County again as reclassification moved Newton County into the north for the next two years.

Coach Suzy Bowman also returned the 4A state champions in girls doubles for 2019, Maggie Scott and Jill Gafford plus runners-up, Lexie Kent and Ellie Myers. A second all-New Albany girls doubles matchup in the girls doubles individual finals was a strong possibility provided that the Bulldogs kept their courts in that order.

The New Albany Tennis team appeared poised to take another Class 4A tennis title and I regret they did not get that opportunity.

Another state champion that was not afforded the opportunity to defend her title is Kinsley Gordon of Myrtle who won the Class 1A girls discus in 2019. She also brought home a silver medal in the triple jump.

Gordon quite possibly could have won multiple individual gold medals and Myrtle girls track would have challenged for the 1A team title against reigning champion, TCPS. The gold medal count for Gordon could have easily been 3-4 for the 2020 state track championships.

There were numerous other possibilities for local teams and individuals that were competing in baseball, softball, track, powerlifting, golf and archery. Sadly, we will never know how they would have fared in the thick of competition.