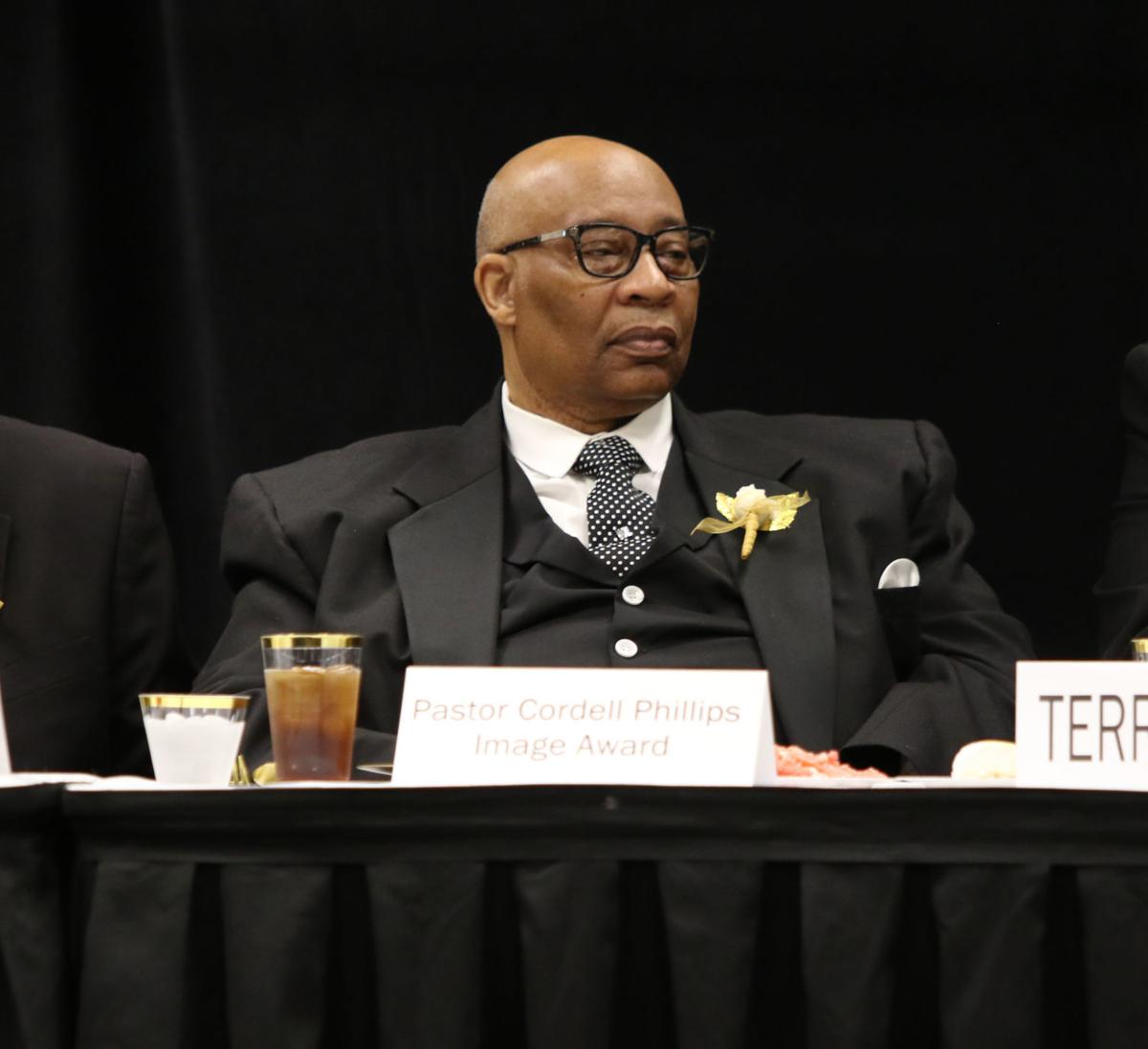 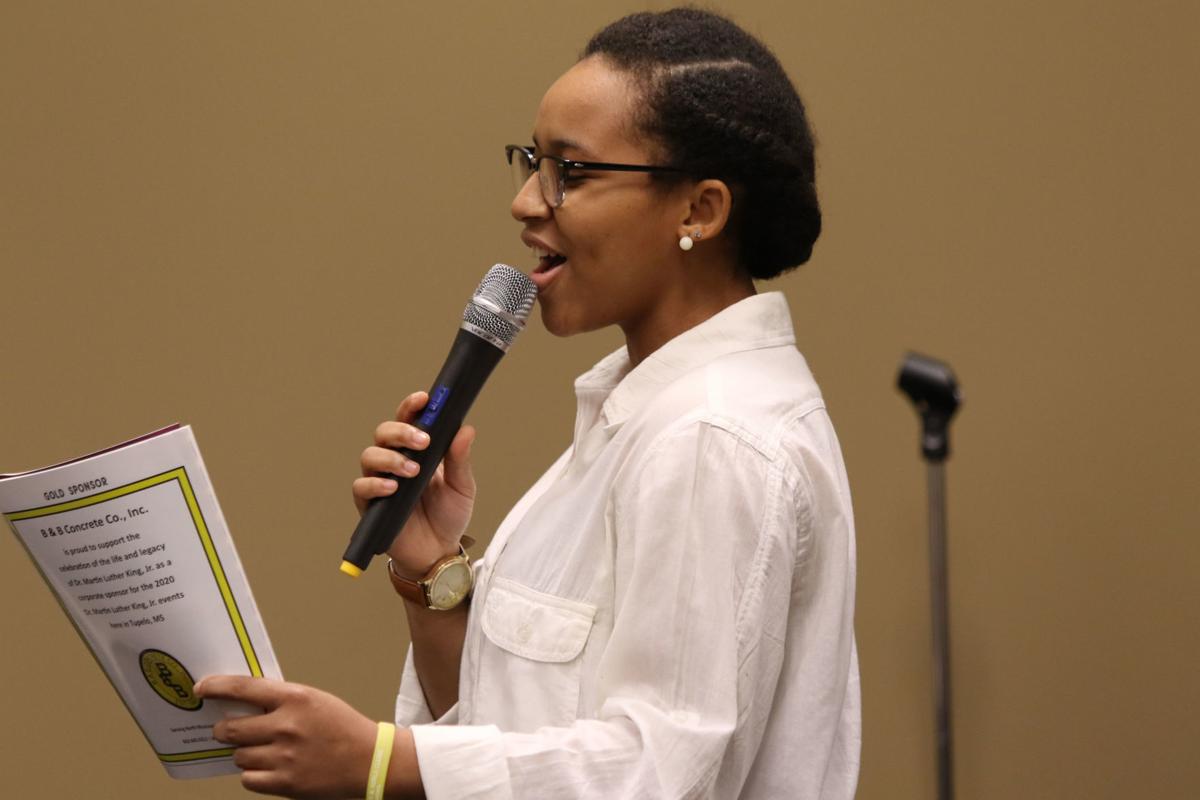 Jhia Horn sings “Lift Every Voice and Sing” at the banquet. 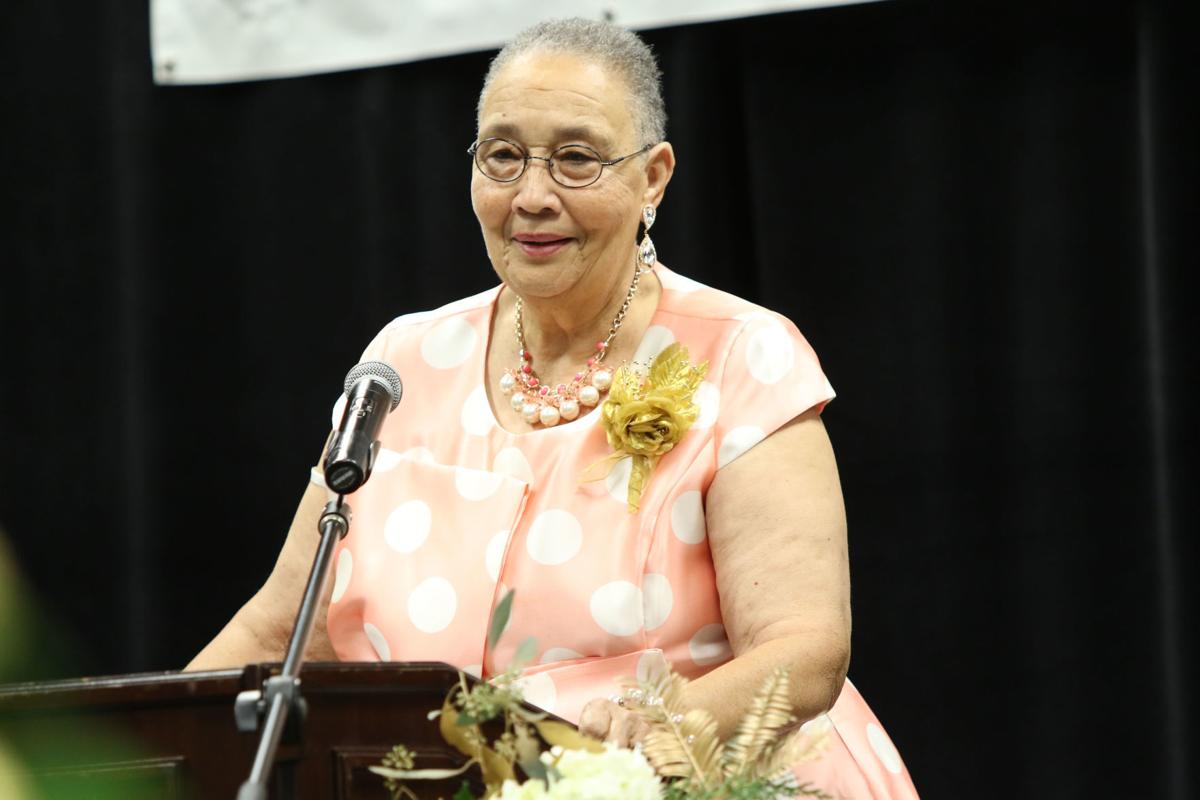 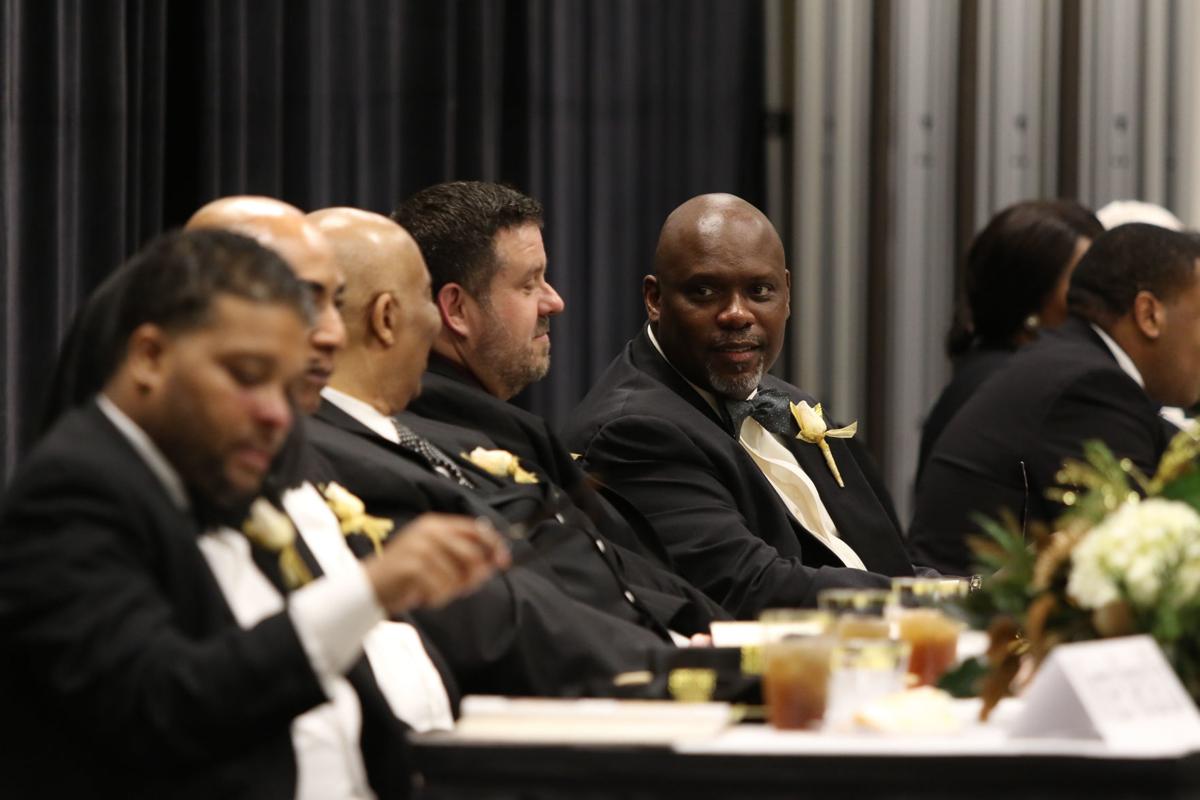 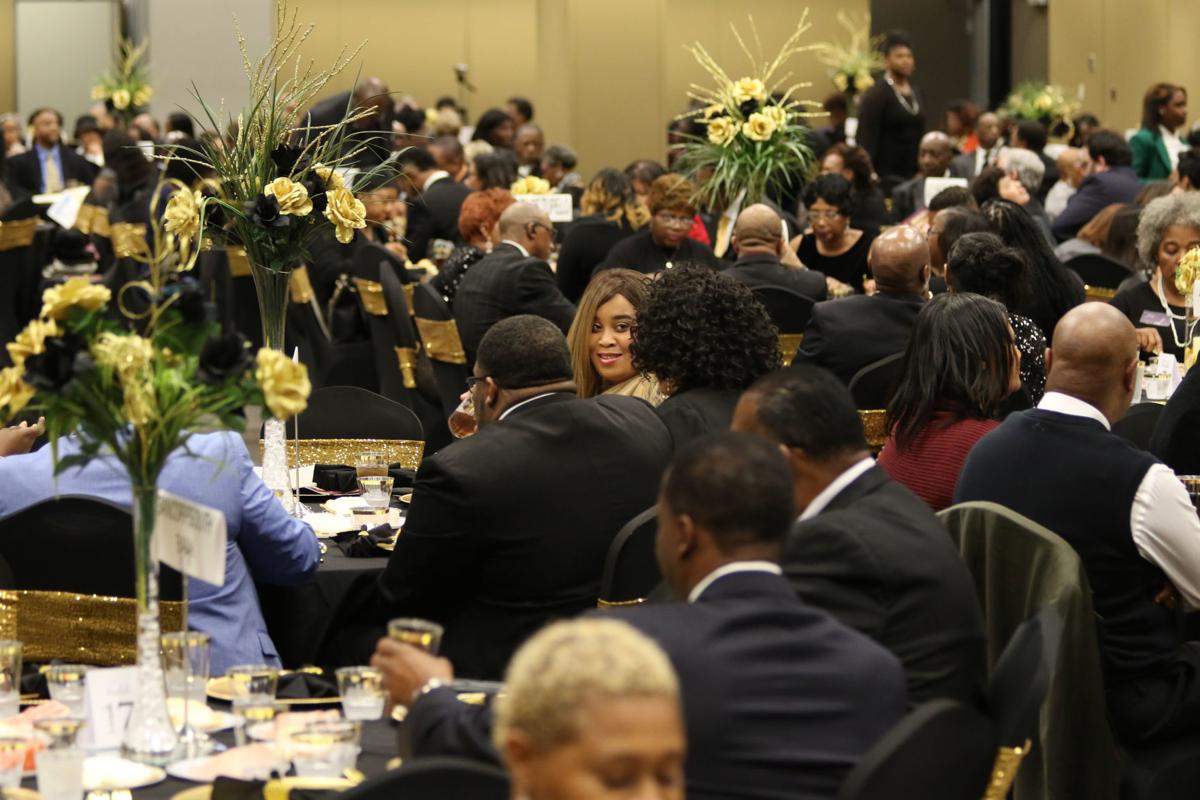 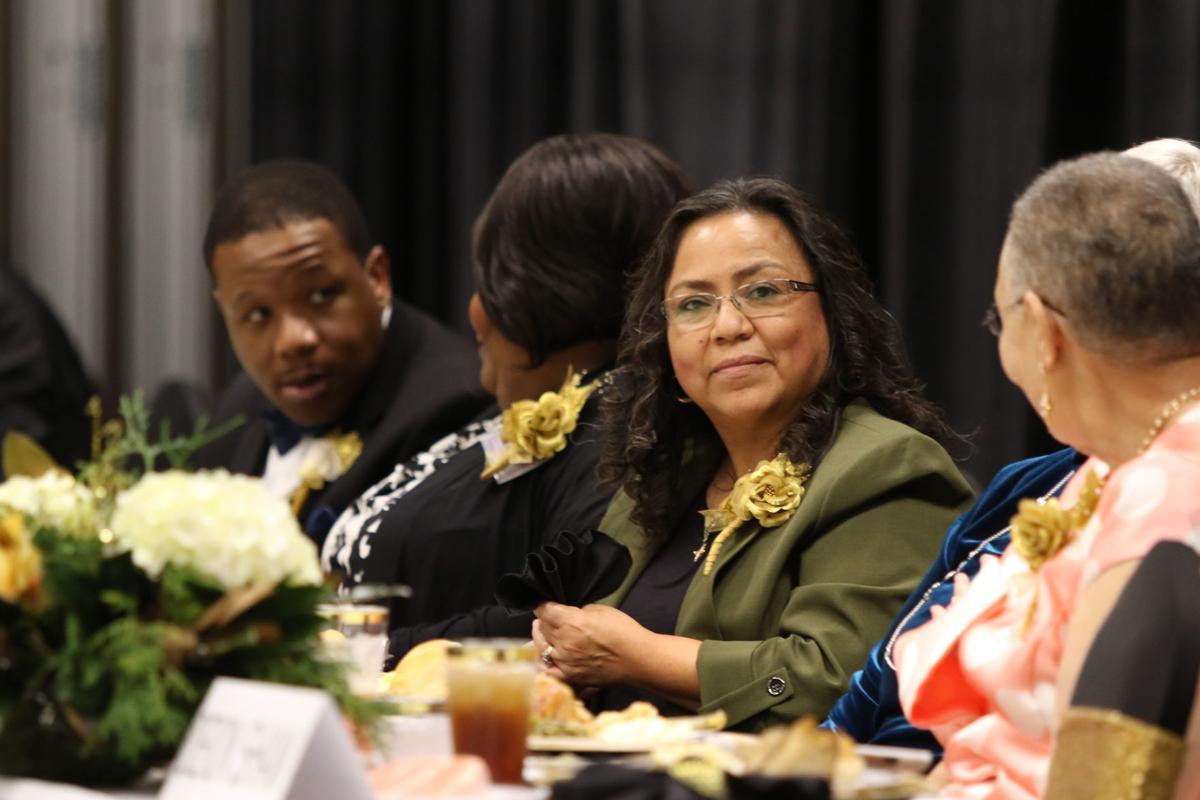 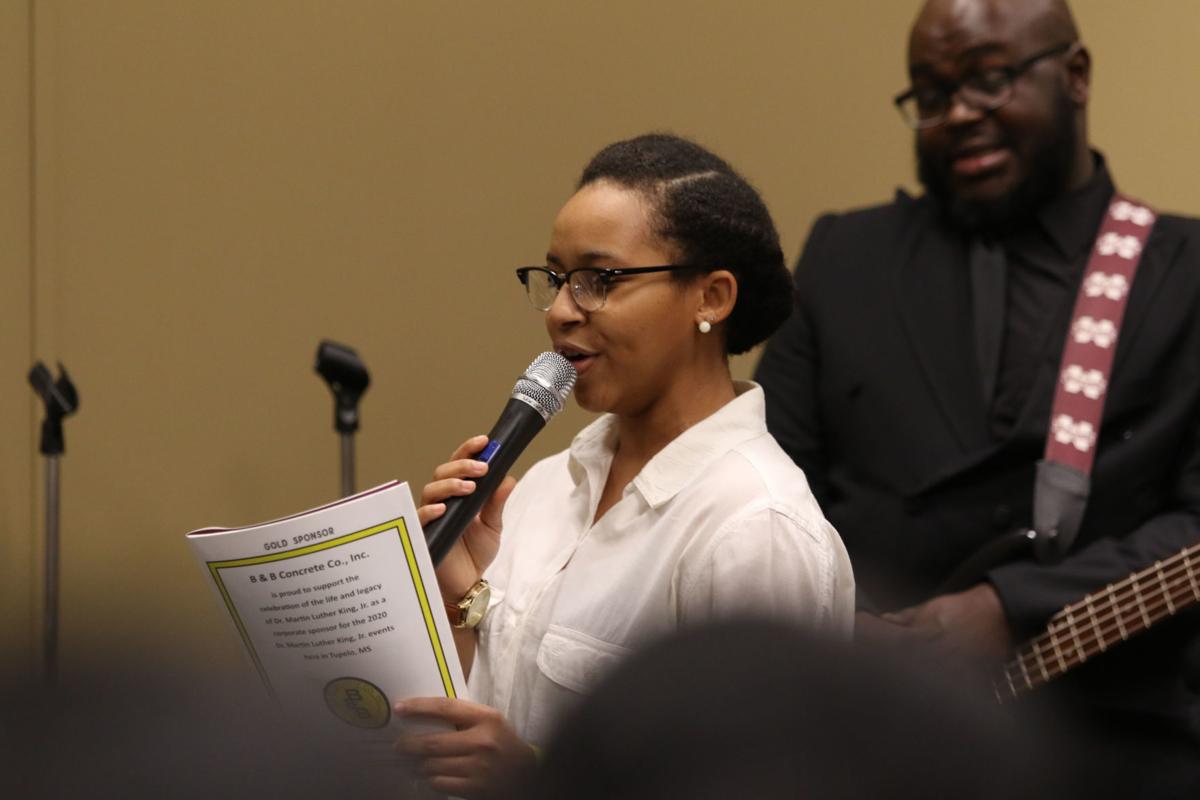 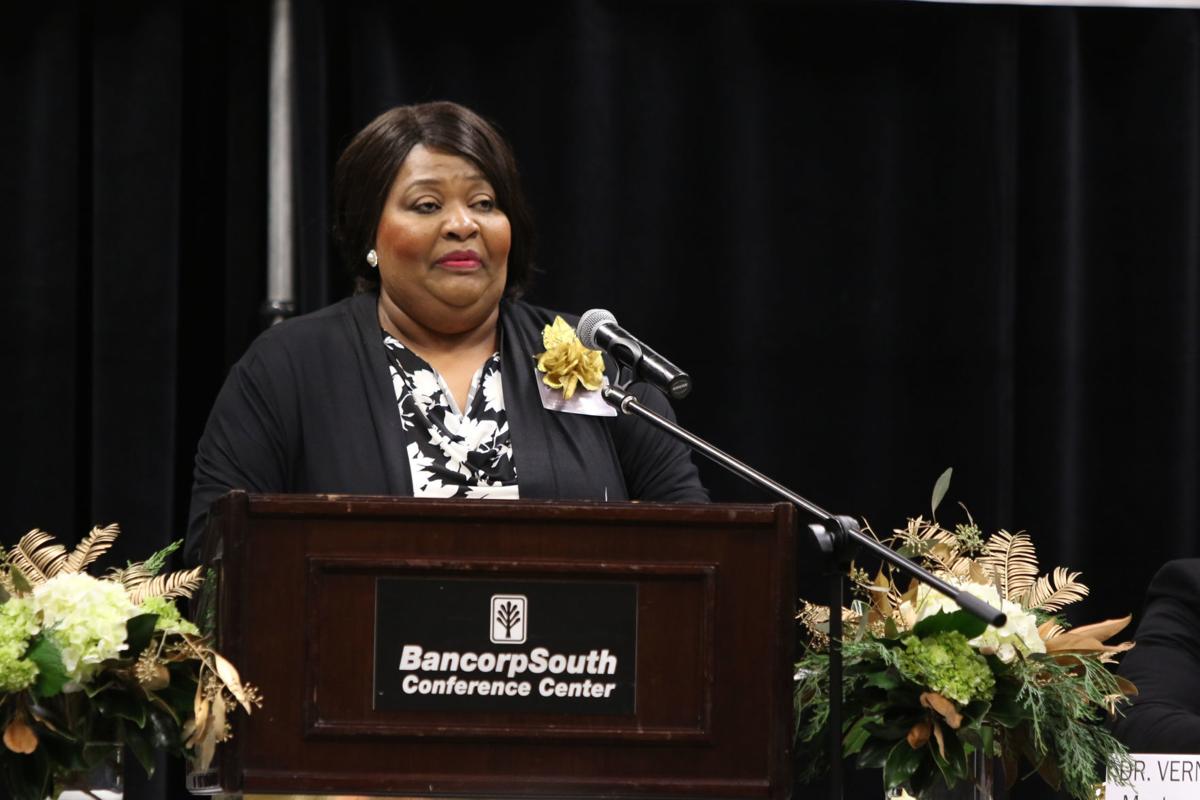 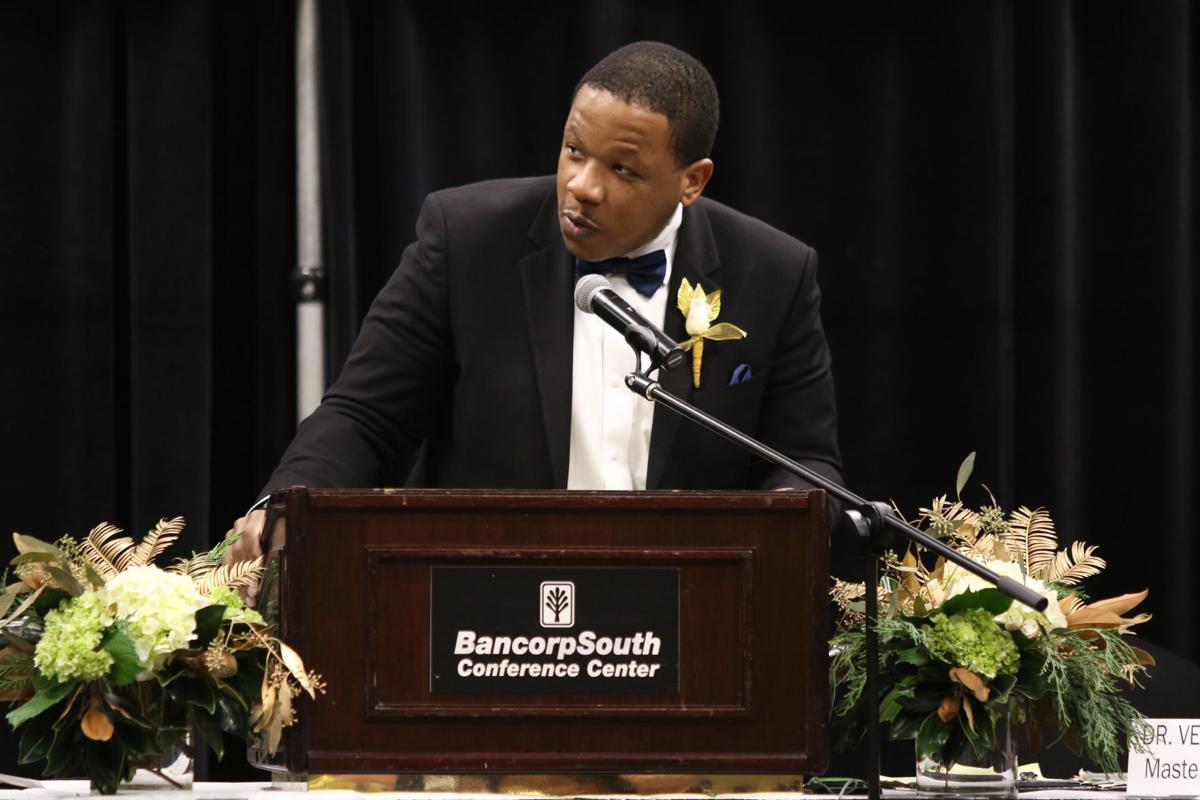 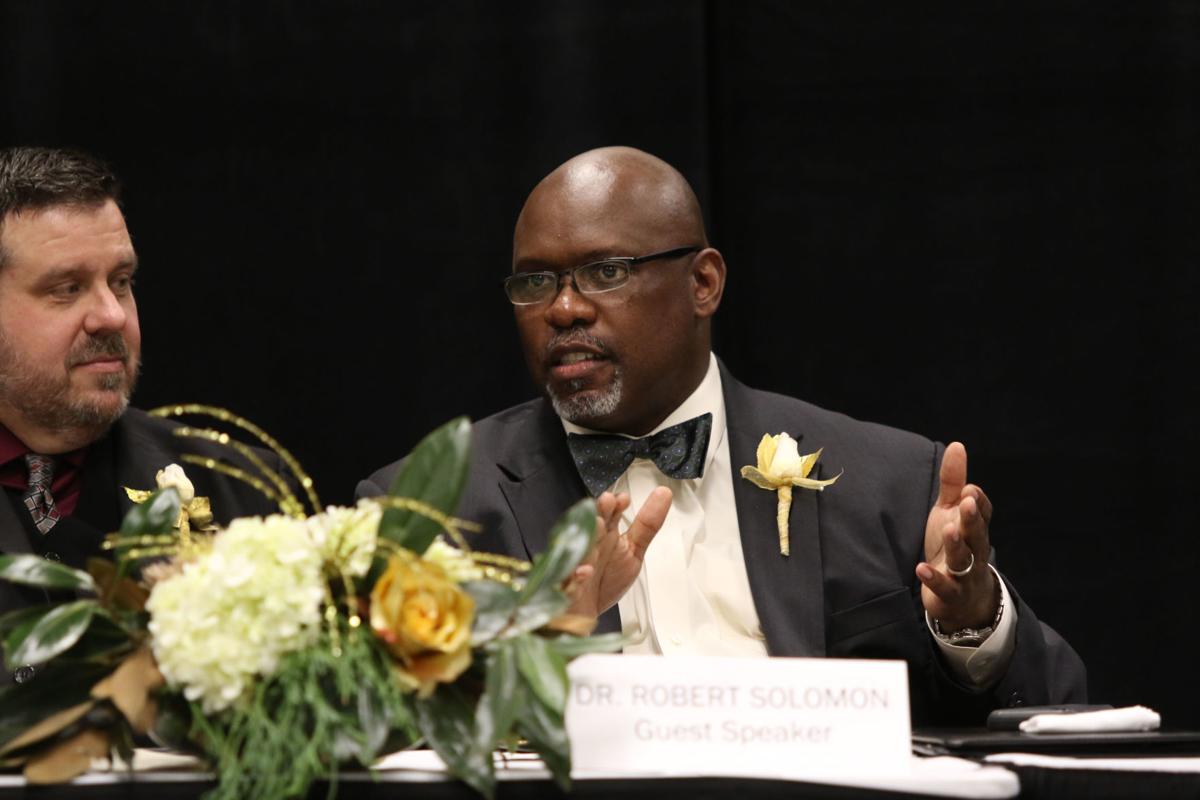 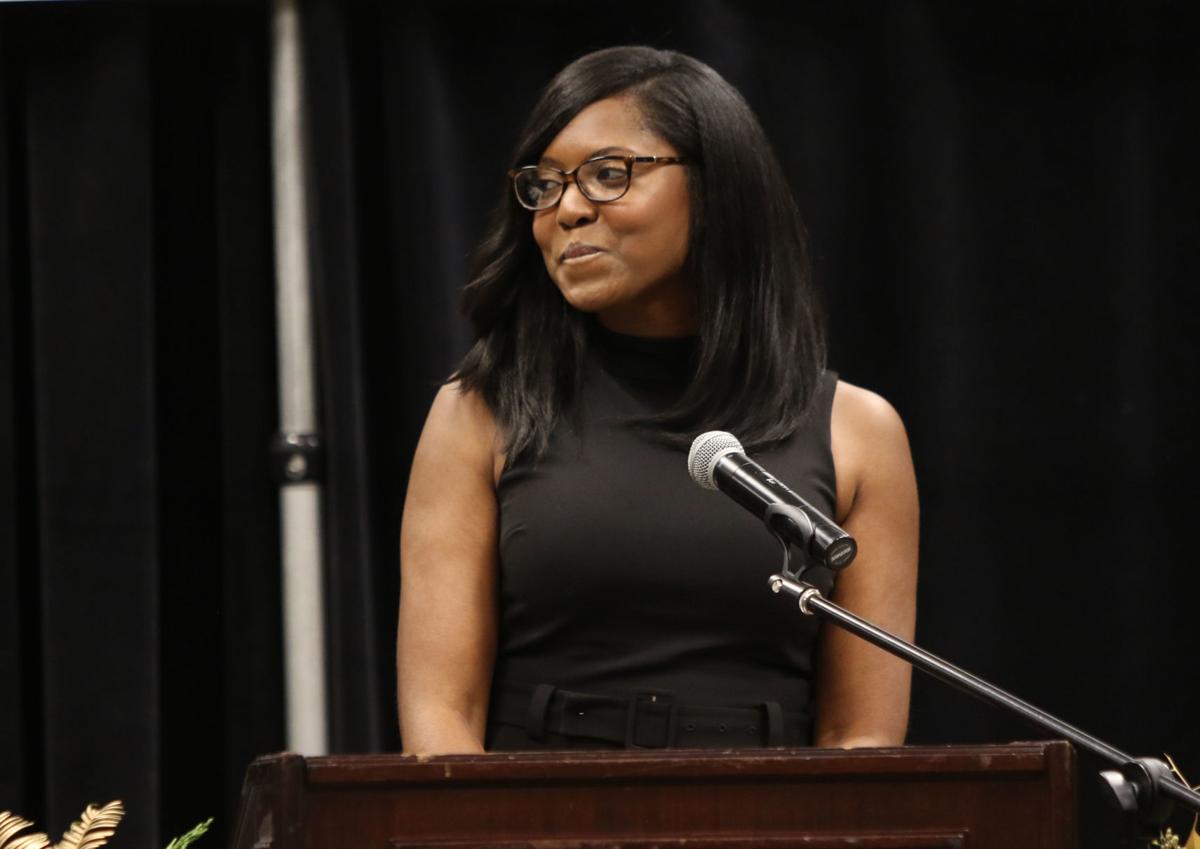 Jhia Horn sings “Lift Every Voice and Sing” at the banquet.

Over 300 attended the nearly-sold out Black-Tie Banquet Saturday at 7 p.m. at the BancorpSouth Arena. Girl Scouts troops posted the flag and lead the pledge of allegiance, while the Boys & Girls of North Mississippi ushered and the local 4-H club helped host.

Janette Kirk, chair for the Committee for King, said they were excited to invite youth to participate this year and showcase the committee’s efforts to involve the next generation of leaders via their NextGen group.

“We as a Committee for King continue to move forward. It’s a legacy of Dr. Martin Luther King, that we want to continue to grow and thrive and continue to be educated on. . . We’re not sitting still,” Kirk said.

Attendees partook in dinner and were able to hear music from the Martin Luther King Crusaders and Deion Shaw.

“It’s an evening of coming out, being with friends and fellowshipping . . .and hearing some great speaking on Dr. King[‘s efforts],” Kirk said.

Tupelo City Council President Nettie Davis gave the evening’s greetings by speaking of her own experiences meeting Martin Luther King, Jr. and participating in activism through sit-ins, membership with the NAACP and Student Nonviolent Coordinating Committee, and even being jailed.She recognized Martin Luther King, Jr. as a dynamic leader and said as president, she hopes to carry out his dream to work for justice and equality for all in the community.

The evening’s guest speaker was Dr. Robert Solomon, the Tucker and Itawamba Community College Director of Admissions and Registrar. Solomon submitted the grant application for ICC’s Minority Achievement Network for Upward Progression (MAN UP), a minority male success program that will be funded through a $40,000 grant from the Woodward Hines Education Foundation. He challenged attendees to seek to do God’s will to make a difference.

“Dr. King, without question, completed accepted the will of God for his life, and we are better for it today,” Solomon said. “...Each of us has a role and an assignment. Our role in life is to discover our purpose and fulfill our assignment regardless of the cost.”

This year’s theme was “Moving towards the dream of love, compassion, respect, and harmony for all people.” Committee for King executive director Charles Penson said that as part of that them, the committee tries to educate the community on Martin Luther King, Jr.’s vision of equality and justice and remind youth of where they came from.

“Equal rights are so precious and in a time like what we’re experiencing today, we need to communicate just how important those values are, especially to our younger people who might not have even been born during the Civil Rights era and did not witness Dr. King and his efforts,” Penson said. “. . . We have come a long way but we still have a ways to go.’

This year’s Community Service Award recipient was Leticia Gassaway, who was honored for her work with El Centro and English as a Second Language, as well as her involvement in several community organizations such as the 4-H Club, Excel by 5, Mayor’s Outreach Task Force, Red Cross and the Lee County Democrats.

The Image Award typically goes to someone within the arts community. Dr. Cordell Phillips, founder and pastor of Inspirational Community Baptist Church in Tupelo, was selected because of his work with incarcerated populations and contributions to the music community, such as allowing his church to be used for music recording. He also is part of the NAACP board, Tupelo Mayor’s Association, and No Other Name Christian Ministry: A Hand-Up Ex-Inmate Reentry Ministry.

The weekend will continue with two more events. The Sunday Commemorative Service Program is at 2:30 p.m. at the Tupelo Civic Auditorium and will include dance, word and song performances. This year’s Drum Award recipient, Bishop Clarence Parks of Christians on the Move to Evangelize (C.O.M.E.), will be presented. A City of Tupelo reception in the Tupelo Middle School cafeteria will follow the program.

The Dr. Martin Luther King Jr. Birthday Celebration is at noon Monday at the St. Paul Christian Life Center at 475 North Front Street in Tupelo and will feature music, present scholarships and guest speakers. A motorcade will leave VFW Mall at 11 a.m. More information can be found at https://www.committeeforking.org or Tupelo Committee for King on Facebook and Instagram.

TUPELO • In song and spirit, Tupelo celebrated the life and legacy of Dr. Martin Luther King Jr. on Monday.

Biden: Trump has blemished the soul of the country

POLL: Have you written your will?