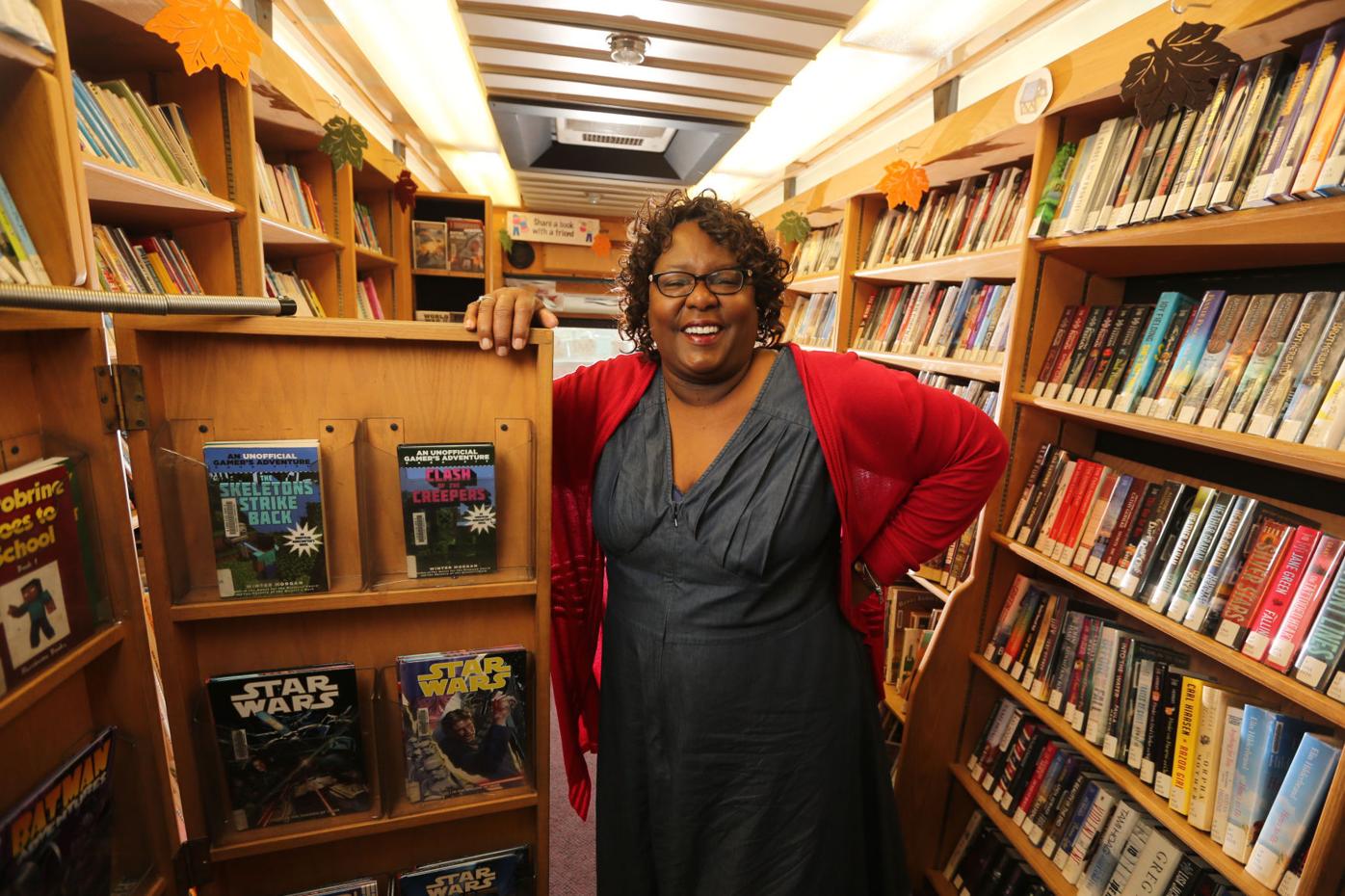 Barabara Carouthers has been the Lee County Bookmobile librarian since 2006. She figures she has logged more than 55,000 miles on the mobile library, which she drives all over the county. 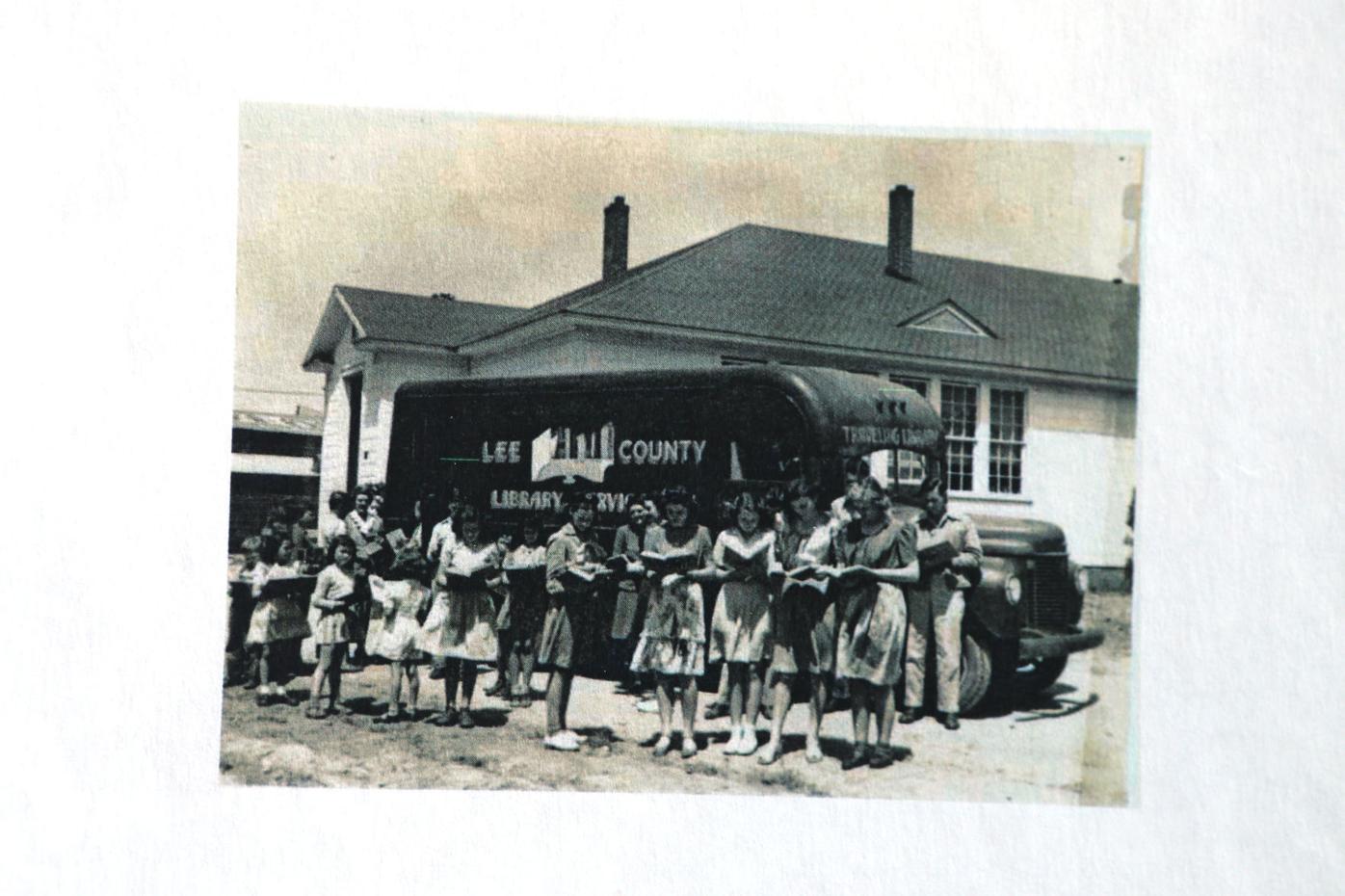 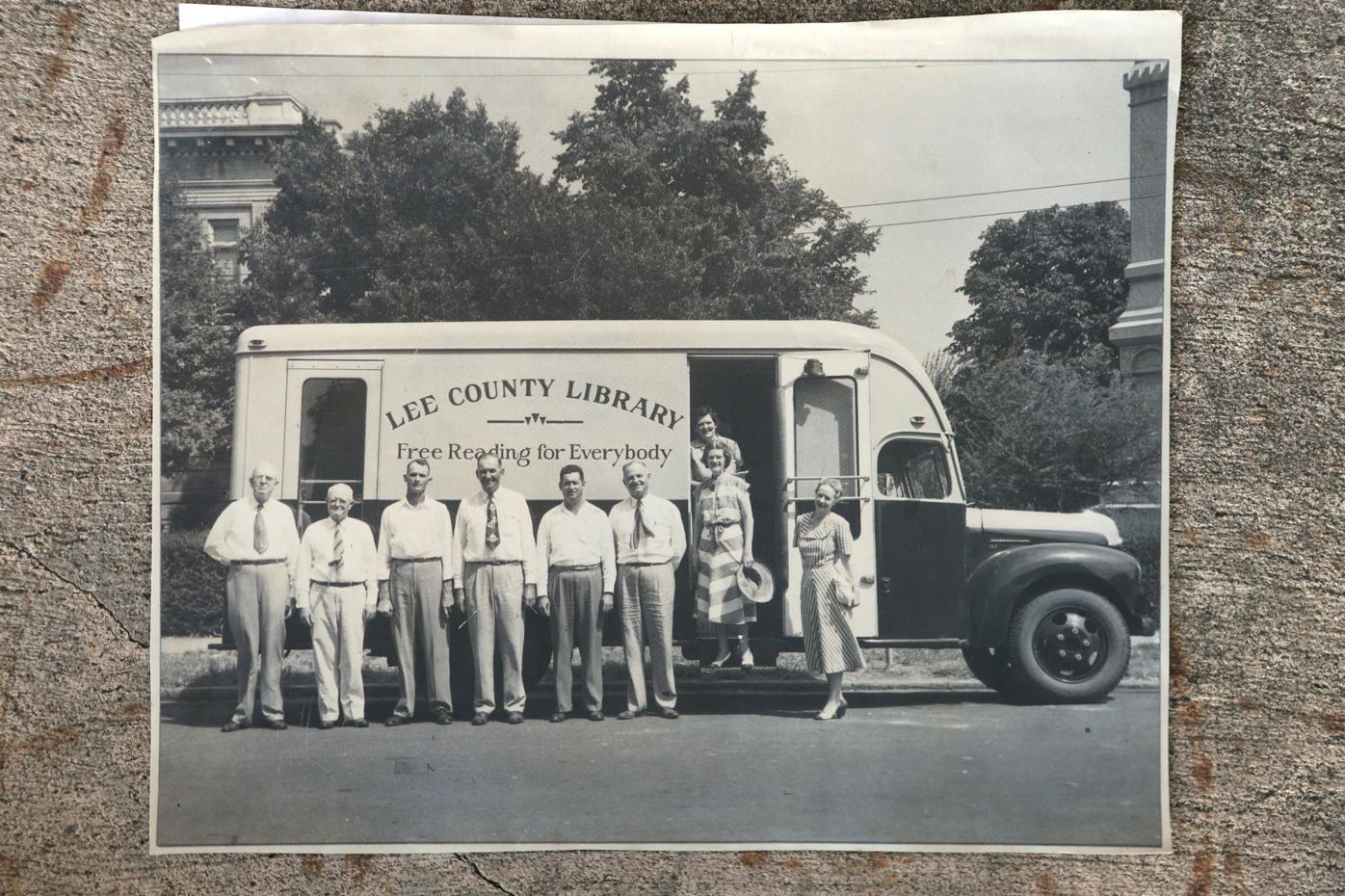 Eve II makes a visit to the Lee County Courthouse in the early 1950s. Bookmobile librarians Frankie Erck and her assistant, Anna Belle Reese, stand inside the front door. 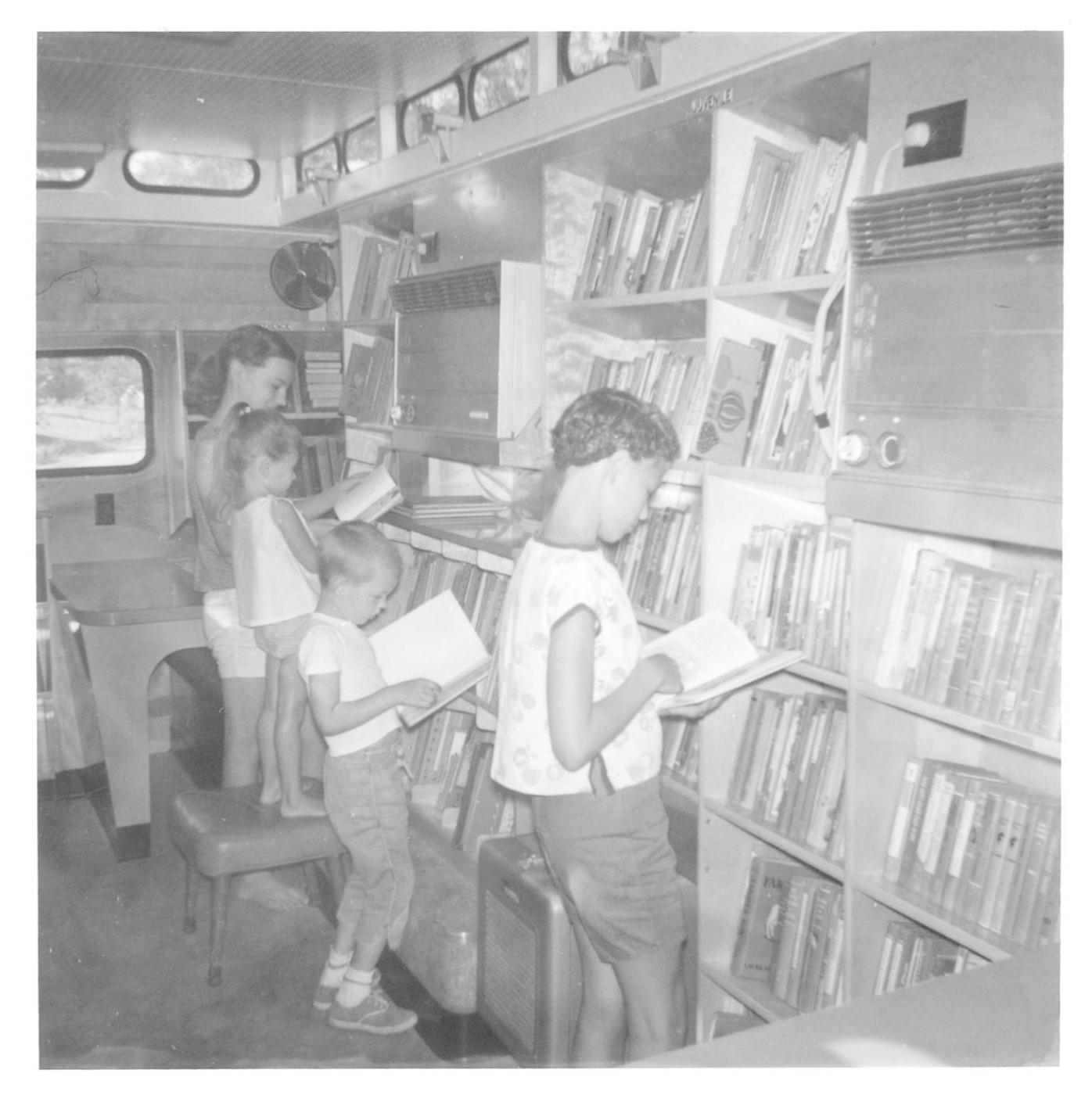 Schoolchildren read inside Eve III around 1964. 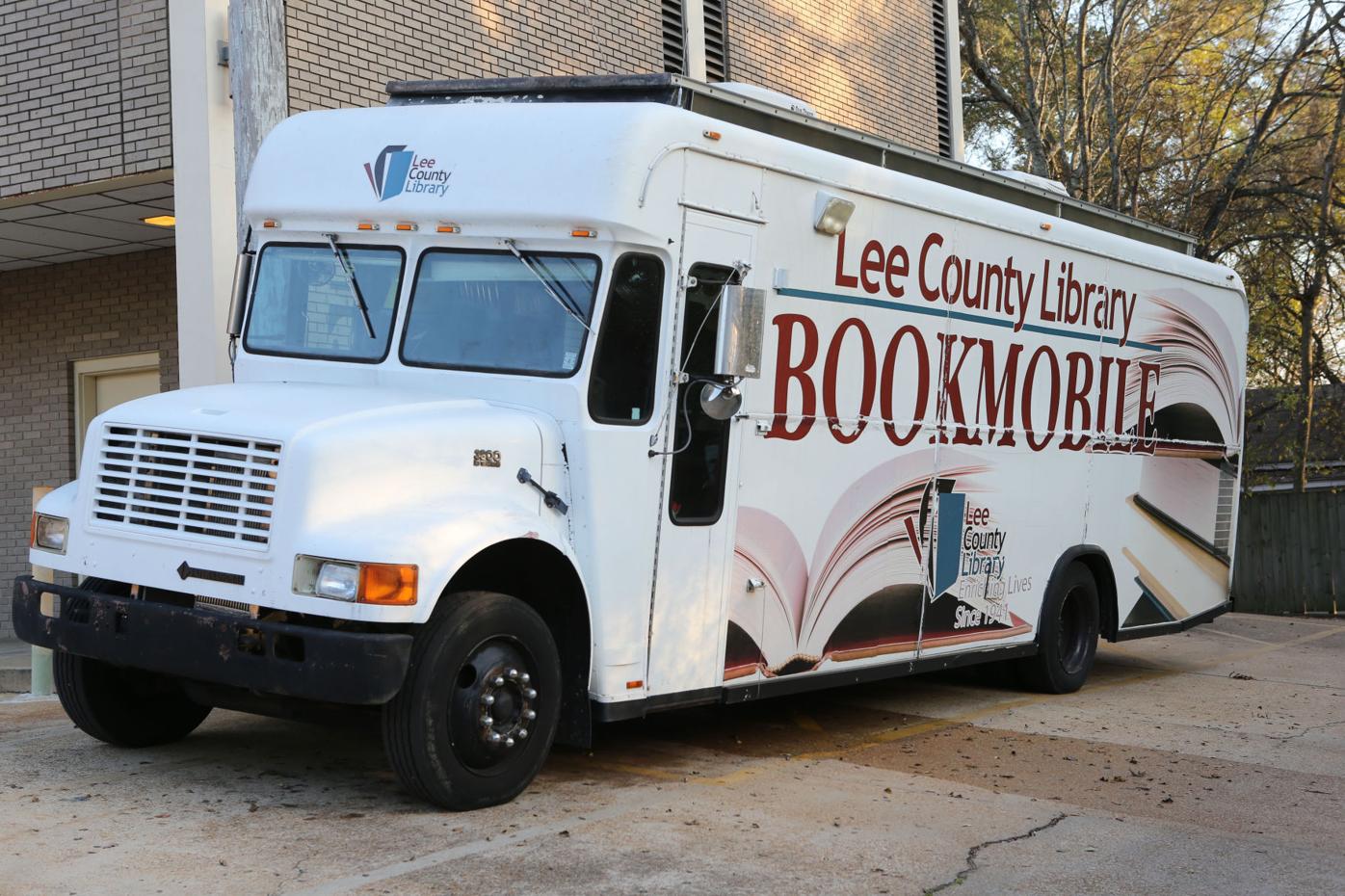 Barabara Carouthers has been the Lee County Bookmobile librarian since 2006. She figures she has logged more than 55,000 miles on the mobile library, which she drives all over the county.

Eve II makes a visit to the Lee County Courthouse in the early 1950s. Bookmobile librarians Frankie Erck and her assistant, Anna Belle Reese, stand inside the front door.

Schoolchildren read inside Eve III around 1964.

TUPELO – Shannon native Barbara Carouthers remembers what it was like to be a bookmobile patron.

“There’s nothing like climbing on that bookmobile and having the bookmobile lady hand you a brand new book by your favorite author and say, ‘I’ve been saving this for you,’” Carouthers said.

Today, Carouthers is that bookmobile lady. She joined the staff of the Lee County Library in 2006 and has been driving the mobile library ever since.

It’s the only bookmobile in the state that’s had continuous service for 75 years and one of only two still operating in the state, she said. The other one is in Oxford.

According to a history of the bookmobile written by Tommy McGlothlin, a former bookmobile librarian, the first bookmobile, dubbed Eve, left the Lee County Library on its maiden run on May 1, 1942.

It was a cooperative venture begun in 1939 as part of a Works Progress Administration project, McGlothlin said. The body of the traveling library was made by National Youth Administration boys with materials bought with money contributed by community members. The chassis was paid for by local businessmen.

In 1949, the homemade bookmobile was retired and a one-and-a-half-ton International truck with a specially built body by Gertsenslager of Wooster, Ohio, became the new rolling library, McGlothlin said. It was named Eve II. Eve III came on board in 1963, followed by Eve IV in 1985.

Carouthers drives Eve V, which the library acquired in 2008.

“It’s a fully functioning library,” she said. “You can get your library card there, check out books and return them. We have adult reading, children’s books and DVDs.”

Carouthers figures the bookmobile holds about 1,000 books and more than 200 DVDs.

“I’m constantly rotating the books out,” she said. “We carry books mostly from 2016 and 2017 for adults and the latest three years for children.”

Three days a week – Mondays, Tuesdays and Thursdays – she travels all over Lee County, making stops in Shannon, Verona, Plantersville, Mooreville, Guntown and Saltillo. On Wednesday and Friday, the portable library is available for community outings.

“I can hold a classroom of kids in the bookmobile,” she said. “I can get 20 grown-ups in there, standing, if they don’t mind being close together.”

She makes regularly scheduled stops in each community. For instance, when she travels to Shannon, she starts out at Good Hope Church, then the old Coonewah Furniture Store and finally Shannon Elementary.

Carouthers, who lives in Okolona, said the personal service the bookmobile librarian provides is probably the most unique aspect of it. And her patrons agree.

“I look forward to the second and fourth Monday when she stops here,” said Winnie Ballard of Plantersville. “Barbara is real good. She’ll pull books for me if I miss her stop.”

Ballard, 77, would have been one of the bookmobile’s earliest patrons.

“I very well remember my mother taking me to visit the bookmobile when I was just a child, maybe 4 years old,” the retired schoolteacher said. “We had four general stores then in Plantersville and the bookmobile would stop at one of those stores. Back then, you went in one door and out the other. Now, adults go in and out the same door.”

Ballard said when she was teaching, the bookmobile would come onto the school campus and she’d check out books for her classroom, and then the students would check them out from her.

“That just kept them from getting scattered,” she said.

“Not too long after we got here, I happened to see the bookmobile going down the road and it made me remember going to one as a child,” she said. “I’ve always loved to read.”

Garner said getting to Tupelo on a regular basis was problematic, so she called the library and asked about the bookmobile schedule.

“They connected me to Miss Barbara and she told me when she would be in my area, and I’ve been going pretty much every other Thursday since,” she said. “She is go good about getting anything I request. If she doesn’t have a copy of the book I want, she’ll track one down for me. She and I have become really good friends.”

Carouthers figures about 90 percent of her patrons are regulars.

“Some people in the community come to the bookmobile to visit with each other and gossip,” she said, laughing. “I learn all the gossip on those days.”

Carouthers also offers a home route that has dwindled down to six patrons (and isn’t accepting new ones).

“Once a month, I take books to home-bound people,” she said. “It’s more personal than the bookmobile. I’m in their homes, I’ve met their family members. I’ve had breakfast with them. When one of them died, I drove the bookmobile to his funeral. The family said he would have loved that.”

One of the greatest rewards of her job, Carouthers said, is introducing children to the printed word.

“Reading with kids gives you a chance to introduce them to great, great authors,” she said. “And if you tell me who you like to read, I think about that when I choose or purchase books. That’s a great service of the bookmobile. Placing a book of a favorite author in a patron’s hand and reading to children are my two favorite things. They are the ultimate of being on the bookmobile.”

The circulation of the bookmobile was less than 5,000 when she started 11 years ago and now it’s more than 9,000, she said. At the end of the fiscal year that ended Sept. 30, she had logged 746 public hours, had 8,004 visitors aboard the library and presented 101 preschool programs with a total attendance of 1,618.

“And that’s from a one- woman department,” she said.

Carouthers figures she’s logged more than 55,000 miles during her tenure at the library. And she sees many more miles ahead.

“There will always be a place for books,” she said. “To receive a book, to open it up and see the words and smell that book smell – you can’t get that on a Kindle.”