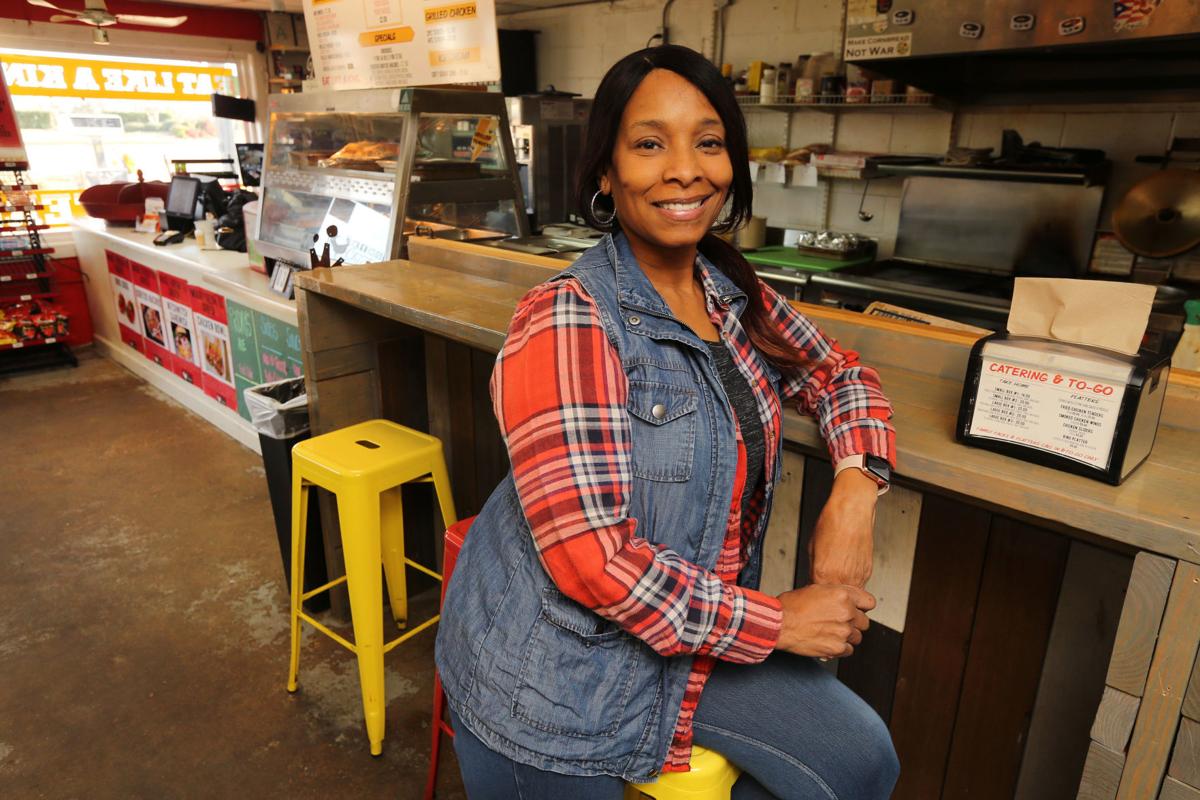 Patricia Wax is making a few changes at King Chicken, but that doesn’t include changing the popular fried chicken recipe. 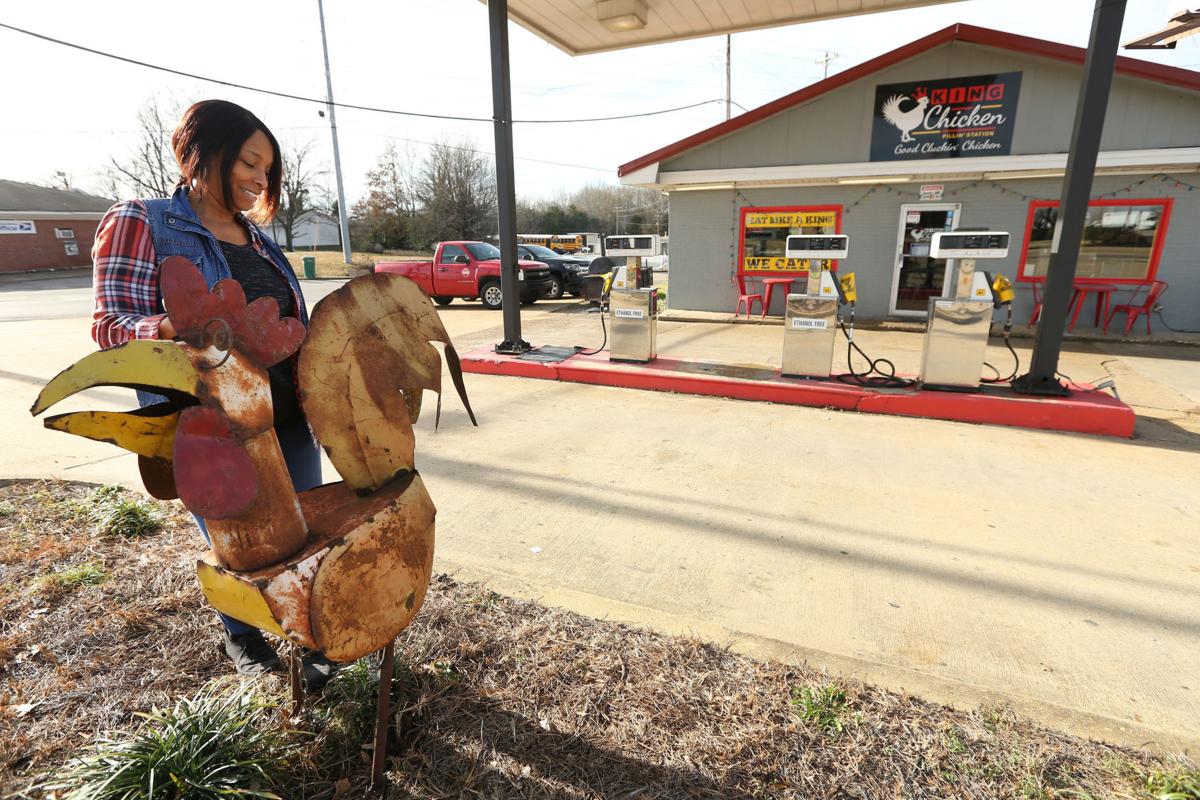 Wax props up the metal chicken that sits in front of the restaurant at the corner of McCullough Boulevard and Endville Road in Belden.

Patricia Wax is making a few changes at King Chicken, but that doesn’t include changing the popular fried chicken recipe.

Wax props up the metal chicken that sits in front of the restaurant at the corner of McCullough Boulevard and Endville Road in Belden.

For most of her adult life, Patricia Wax has known nothing but giving her all to her job. She carved out a career at McDonald’s for 36 years, rising to an area supervisor before stepping away in August.

That long career didn’t exactly get off to an auspicious start, however.

“I applied to McDonald’s but I didn’t get hired at first,” she said. “I was trying to figure out why, when a lot of other people seemed to be getting jobs there but I wasn’t”

Undeterred, she went back to McDonald’s as a customer. With her trademark smile and outgoing personality, she caught the attention of Bob Hudson, whose Hudson Management Corp. eventually grew to own and manage seven McDonald’s in Tupelo, New Albany, Pontotoc and Saltillo.

“He said, ‘Would you like to work here, and I said ‘yes, sir,’” she said with a smile. “I really didn’t want to work there, but I needed a job. They let me in, and once I got there, I started inquiring why we did this and why we did that.”

That curiosity eventually led her to a management career with the company.

Wax has never shied away from work, even when she wasn’t sure she could always get there.

Early on, Wax didn’t have a car, relying on friends and family when she could.

One day she was called in for work, but there was no way to get there except by taxi.

“But I had no money, nothing at all to pay him,” she said. “But I knew I had to go to work so I called a taxi anyway.”

Before being dropped off at work, she began crying.

“The driver turned around and asked why I was crying, and I confessed that I didn’t have any money to pay him,” she said.

The driver, impressed by her desire to get to work, told Wax to give him her schedule, and he would pick her up and take her home every day. When she got paid, she could pay him.

That act of kindness and generosity sparked Wax to jump fully into her job and an extended career at McDonald’s.

But after three dozen years with the company, and after Hudson Management was sold, Wax decided to strike out on her own. She felt like it was time to try something new.

So she started to look for a place to perhaps open a restaurant of her own. A former colleague and manager at McDonald’s, Josh Mitchell, helped her look for a space.

They looked at several places, including the former McAlister’s Deli location on South Gloster Street.

“Too big,” Wax said. “It was a lot more than what we were looking for.”

After working with TRI Inc., they discovered that King Chicken was up for sale.

The restaurant, opened in 2017 by Neon Pig and KOK founder and chef Mitch McCamey and others, had earned a reputation for having some of the best fried chicken around.

In fact, Mississippi Magazine just this summer tabbed it the best fried chicken in the state.

And here we are now, with Wax as the new owner of King Kitchen.

“Honestly I had never gotten a chance to try it before,” she said. “But I ate it, and said, ‘this is good chicken.”

McCamey and co-owner Joe Lowder sold the restaurant and the recipes to Wax, and they remain in a support and advisor role.

“They have been so very helpful,” Wax said. “I truly appreciate it.”

Wax has tweaked the sides a bit – the barbecue beans, for example – and she plans to offer a broader lunch menu in the future to complement the fried and smoked chicken.

“The only other change is that,” she said, pointing to a metal sign on top of the heated display case that says, “Believe. With God all things are possible.”

“I truly believe that,” she said. “I’m really excited about the opportunity, and I hope people will give us a chance.”

And working behind the counter at King Chicken brings back special memories for Wax. The restaurant is in what was formerly Belden Cash Grocer, a staple at the corner of Endville Road and McCullough Boulevard for years.

“My grandfather was blind, and my sister and I used to walk with him to the store,” she said. “We’d buy a few things, and then go outside and have our peach sodas. So when I stand inside behind the counter, I think about that time. And now here I am, owning this place that meant so much. It’s really special.”

Legal analyst: The Senate should be offended by this argument