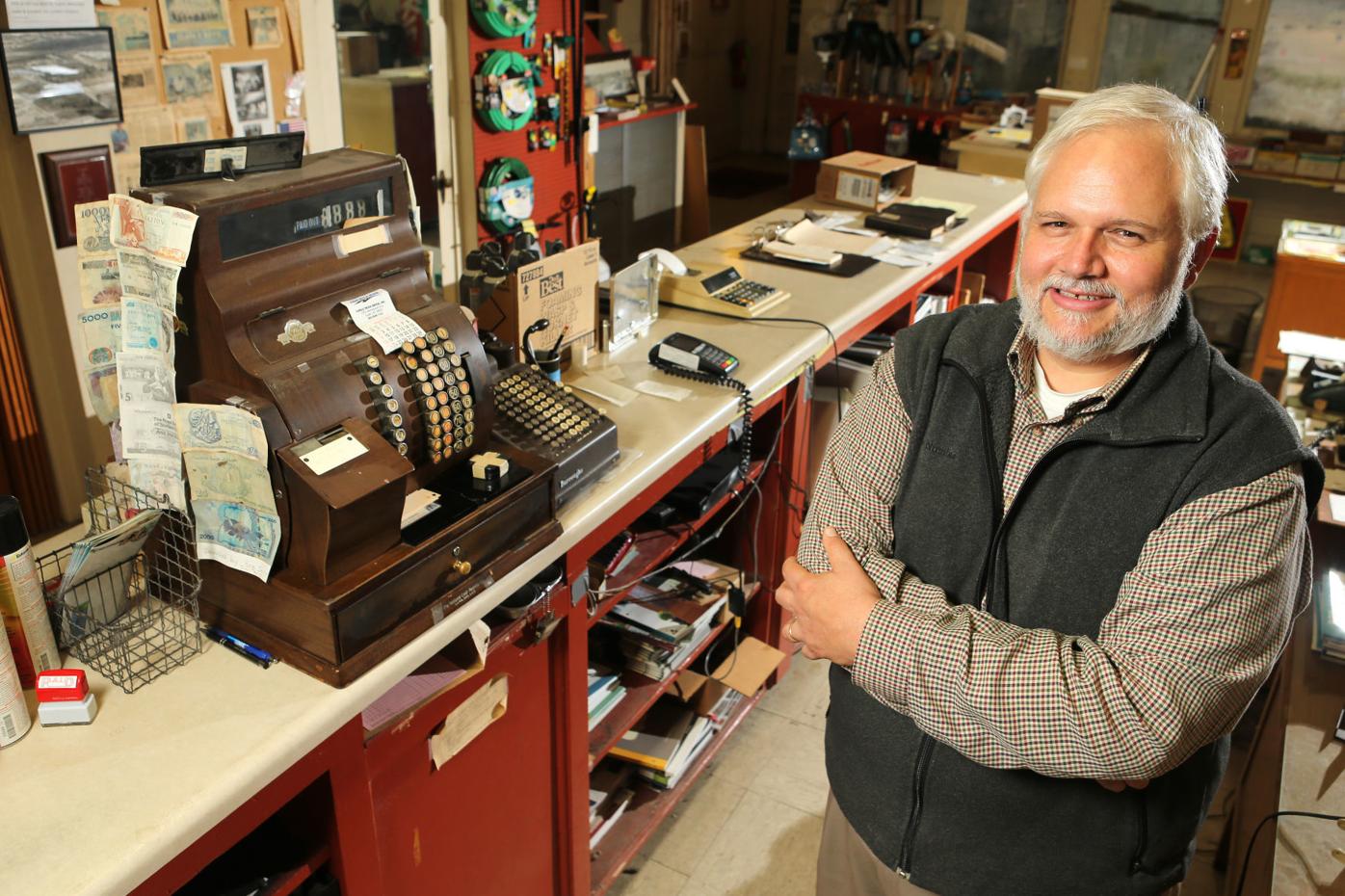 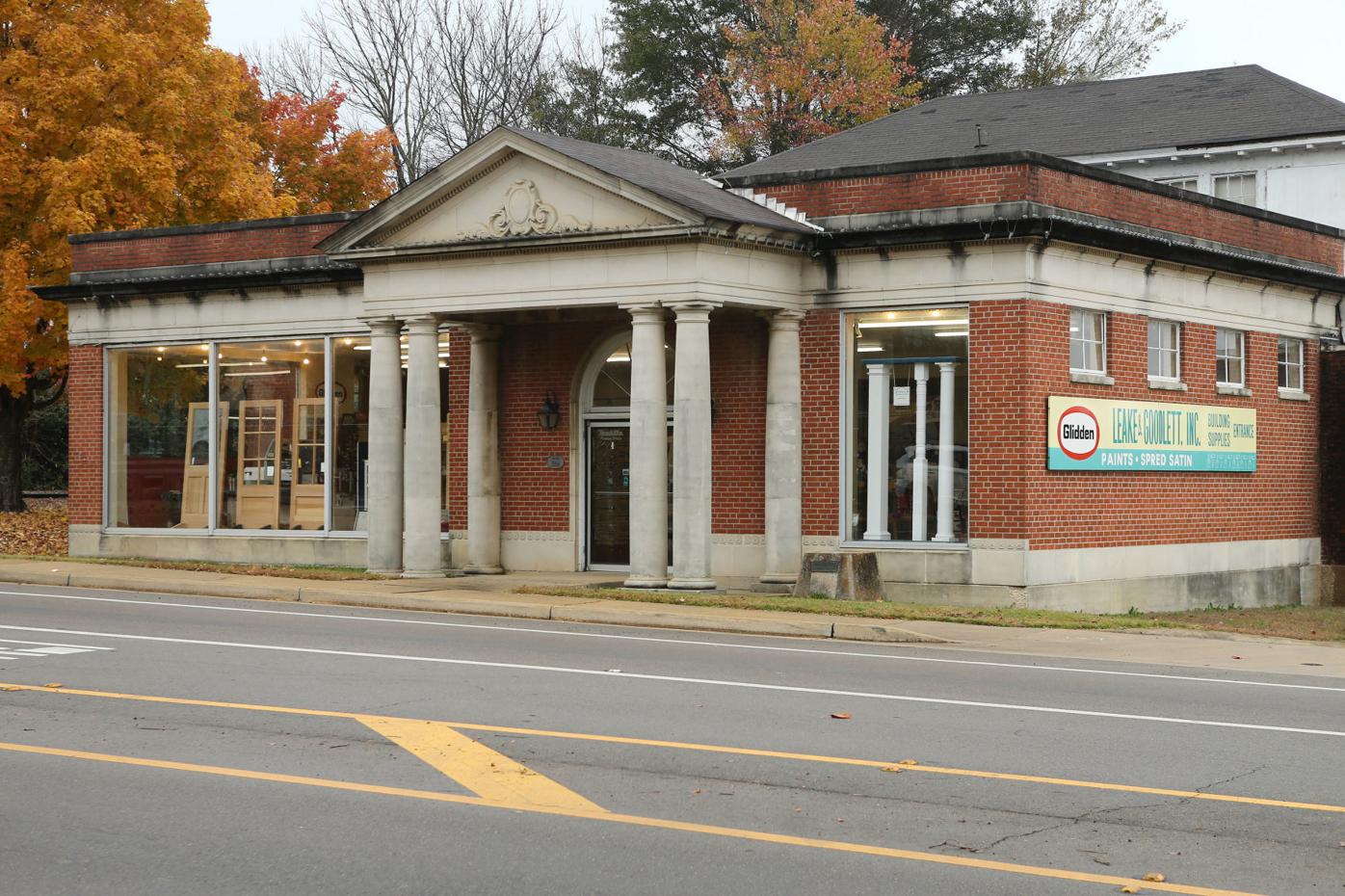 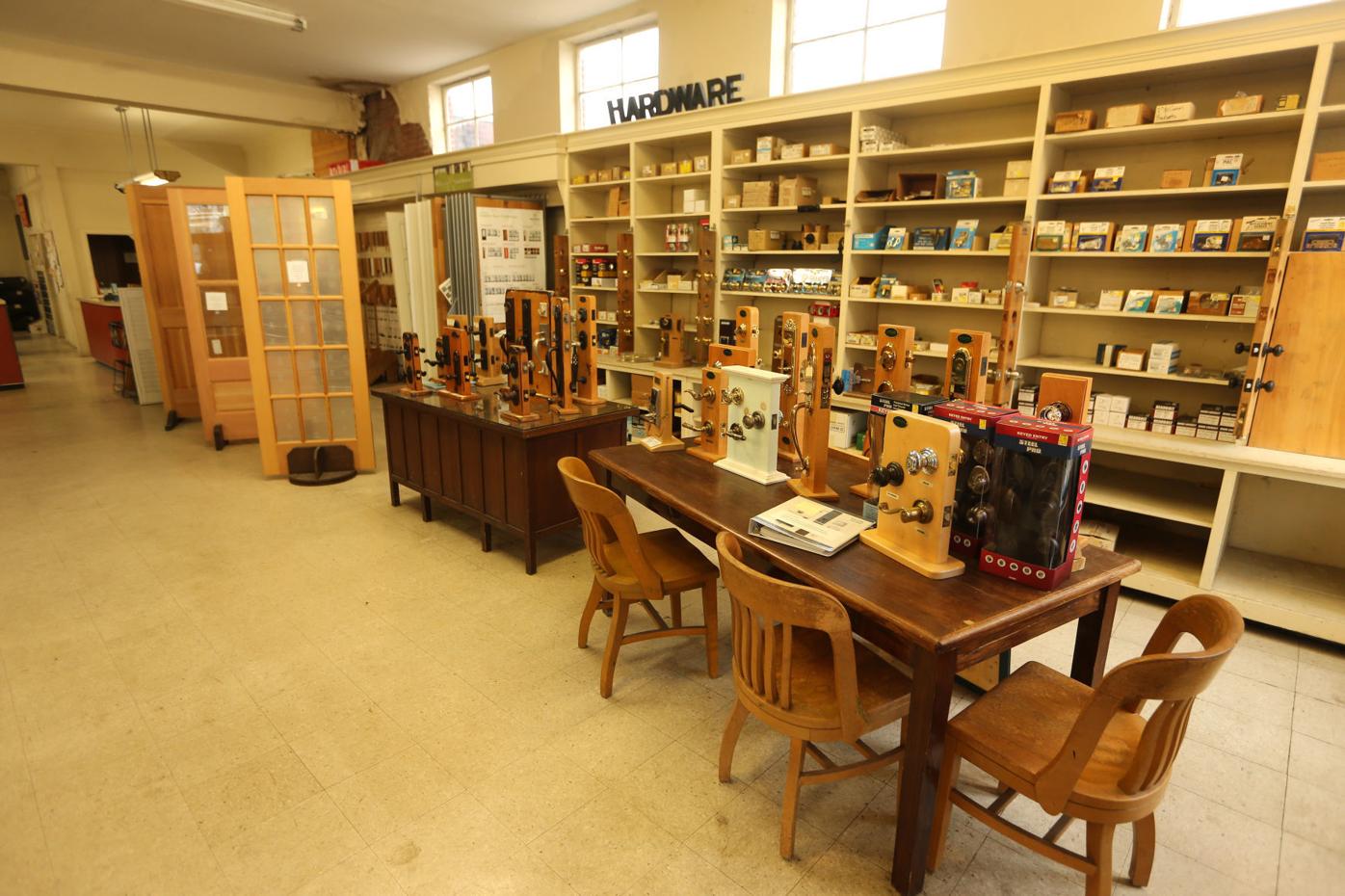 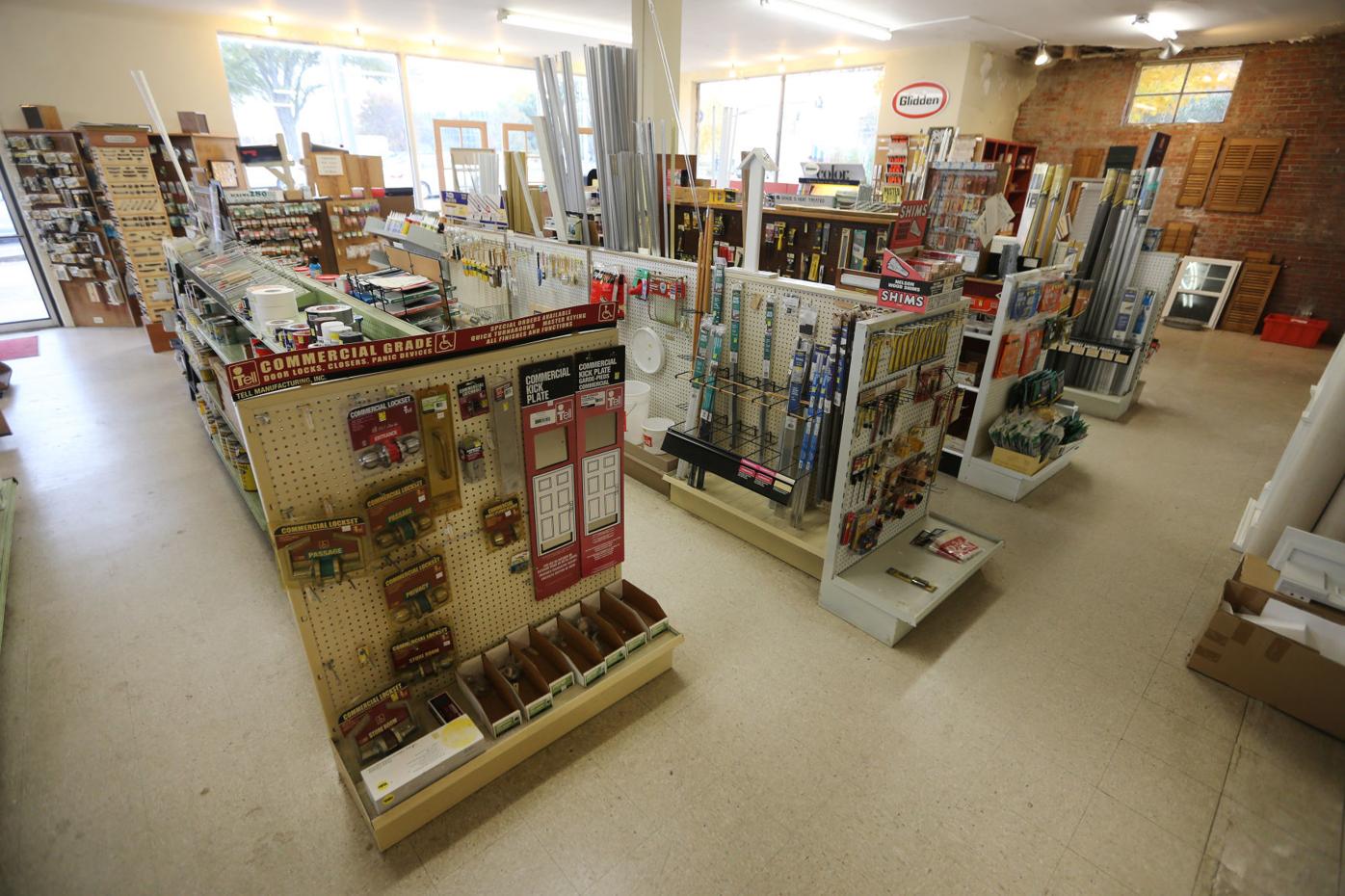 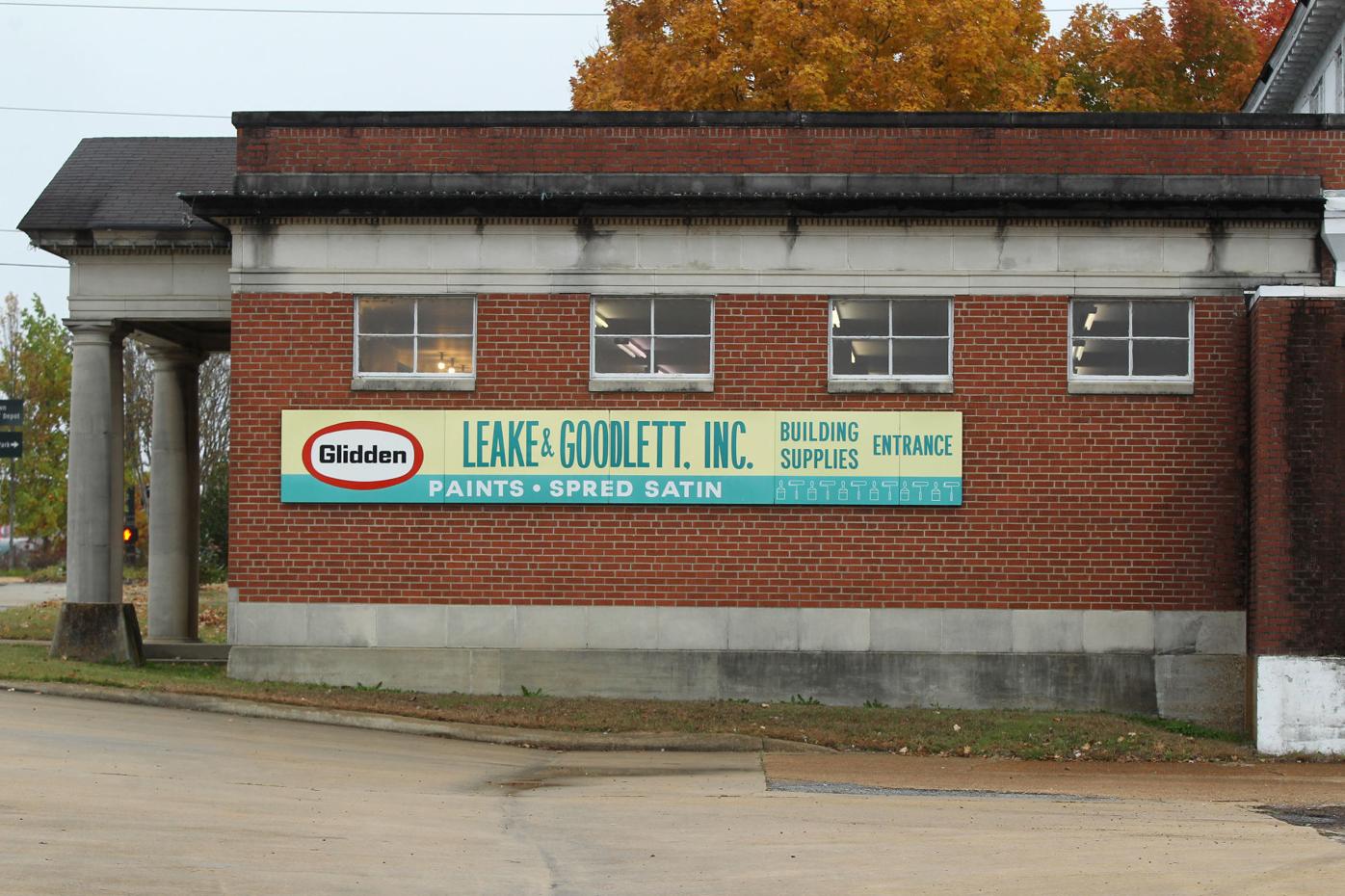 TUPELO • The devastating and deadly tornado of 1936 that tore through Tupelo destroyed more than 1,100 homes, but a building boom followed as residents put their homes and lives back together again.

Front and center of that effort was Leake & Goodlett Lumber Co., which, as legend holds, was responsible for building or remodeling 1 1/2 houses a day.

In fact, since the company’s founding in 1904, Leake & Goodlett has built thousands of homes across the region.

But by the end of the year or early next year, one of the city’s oldest businesses will close its doors forever, closing a chapter on a rich story intricately weaved through the area.

Lindsey Leake, the president of the business, represents the fourth generation of the family-owned business. His father, Rob, is the vice president of the company and, at 87, still spends a few hours a day overseeing operations.

Together, they made the bittersweet decision to close.

“Obviously it was difficult,” Lindsey said. “It took a while for us to reach this decision, but ultimately we decided it was in our best interest to do it now. There’s a lot to be said about going out on your own terms.”

Leake and Goodlett’s lumber yard – which helped rebuild Tupelo and also had a hand in supplying, building and developing neighborhoods like Oak Ridge, Highland Circle, Belledeer, Lee Acres, Hillshire and others – has long been shuttered. A brief boom in the 2000s revived the lumber business, but it didn’t last long as the company sought another niche.

But that business also changed over the years, and reality began to sink in that perhaps Leake & Goodlett’s time was coming to a close.

“Timing was good,” Lindsey, 50, said. “I tried to envision where I’d be 10-15 years from now, and unfortunately, I didn’t feel like this is where I needed to be. So we decided to do this and move forward with optimism.”

Through the 1930s, it primarily was a retail and wholesale lumber business. Leake, being a “people person” handled the retail side of the business, while Goodlett, a good “office person” ran the wholesale side, Lindsey said.

“We pay the freight” was the slogan the business relied on, and with easy access to the railroad next to its front door, as well as the favored transportation mode of the day – trucks and wagons – Leake & Goodlett became a regional supplier not only to north Mississippi, but west Alabama and west Tennessee.

Goodlett’s wholesale operation went nationwide, shipping pine lumber from coast to coast. And the company introduced credit, selling homes with the property put up for collateral.

“Often they would finance homes – people would come in and buy the whole package,” Lindsey said. “Having a legal background, my great grandfather would draw up the documents himself, and by the time everything was done, both the customer and the owner were happy with the arrangements. The customer got a home on his homestead and my great-grandfather had the deed to pay and also signed off on the deed to the property.”

In the late 1930s, Goodlett retired for health reasons, and Lindsey’s grandfather, Medford, bought his shares. There’s been no other Goodlett in the business since then, but the name has remained.

The wholesale side of the business eventually disappeared as the company concentrated on retail sales of lumber and building materials. From the 1960s on, residential and commercial construction took off, and Leake & Goodlett was a big player.

Homes were built across the countryside, where many can still be found today. Just as Sears Roebuck & Co. was selling home kits of their own, so was Leake & Goodlett. In the early days, a home could be purchased for about $300.

“But the price was so good because they didn’t have a bathroom,” Lindsey said with a laugh. “But they did have an outhouse.”

By the late 1970s, Leake & Goodlett was no longer building homes of its own.

Larger chain stores like Lowe’s, Home Depot, Marvin’s, 84 Lumber and Wicke’s began to establish themselves in the area, and Leake & Goodlett turned its attention to selling lumber and building materials, along with construction financing. But as business continued to evolve, so did the company.

“Competition was really intense, and with the low margins on lumber, we’ve focused more on windows, doors, shutters, millwork and other certain lumber items,” Lindsey said.

Presleys – and the meteorite

Elvis Presley got his first guitar just over the railroad tracks at Tupelo Hardware when he was a lad, but what isn’t as well known is that the family got the building materials for their homes from Leake & Goodlett.

Vester Presley, Elvis’ uncle, worked as a carpenter alongside Vernon – Elvis’ dad – at Leake & Goodlett, and bought the materials from there.

Leake & Goodlett is better known for the famous half-ton meteorite that was long displayed in front of the store until a few years ago.

The meteorite – which turned out really wasn’t a meteorite, but made of concrete and sandstone – was discovered in 1870 by Tupelo’s first mayor, H.C. “Major” Medford. Even though it wasn’t a real meteorite, the legend never went away, and it became an iconic fixture. It sat at the fish hatchery and the old Tupelo Water Works as well as M.E. Leake’s home before settling in front of the store in 1965. But after it was stolen in 2008 and ultimately returned anonymously in 2009 from Las Vegas, it’s been kept in a safe place since.

“We’re thinking about donating to the Oren Dunn Museum so that it can go back on display,” Lindsey said. “We’ve had some preliminary talks about that and we’re working out the details.”

The last and next chapter

Memories aside, Lindsey said he’s comfortable with the decision to close the business. The family patriarch has given his blessings, and the rest of the family also is on board.

Lindsey’s children were the fifth generation of the family to receive paychecks from the business at some point in their lives, but he said it would be another 10 years before they would be in position to take over.

“In having very candid family discussions, it wasn’t high on their list,” he said. “And I knew it was time for me, and I didn’t want to wait another 10 years to see if it would be something interesting they wanted to do. A lot of ifs ... it was just a good time.”

Only four employees work at the store now, including Lindsey and his father.

“And we want to thank our current employees for their hard work and efforts through the years,” Lindsey said. “Mrs. Phyllis Lindley, has been our bookkeeper for 30 years, and Jerry Kimble, has been our warehouse and driver for over 23 years. We thank them for their service.”

After the store is closed, the property – some 3 acres of prime real estate – will be put up for sale. And Lindsey will look forward to closing one chapter of his life and open another.

Like his forefathers, Lindsey has been – and will continue to be – deeply involved with the community.

“I think our area is still vibrant and viable, and I look forward to jumping in and being the best I can be, and continuing to give back to a community that has been so good to our family,” he said.

Maxine Waters: Jim Jordan is a bully and I shut him down

Sikh Coalition representative: Heartbroken and in pain after shooting