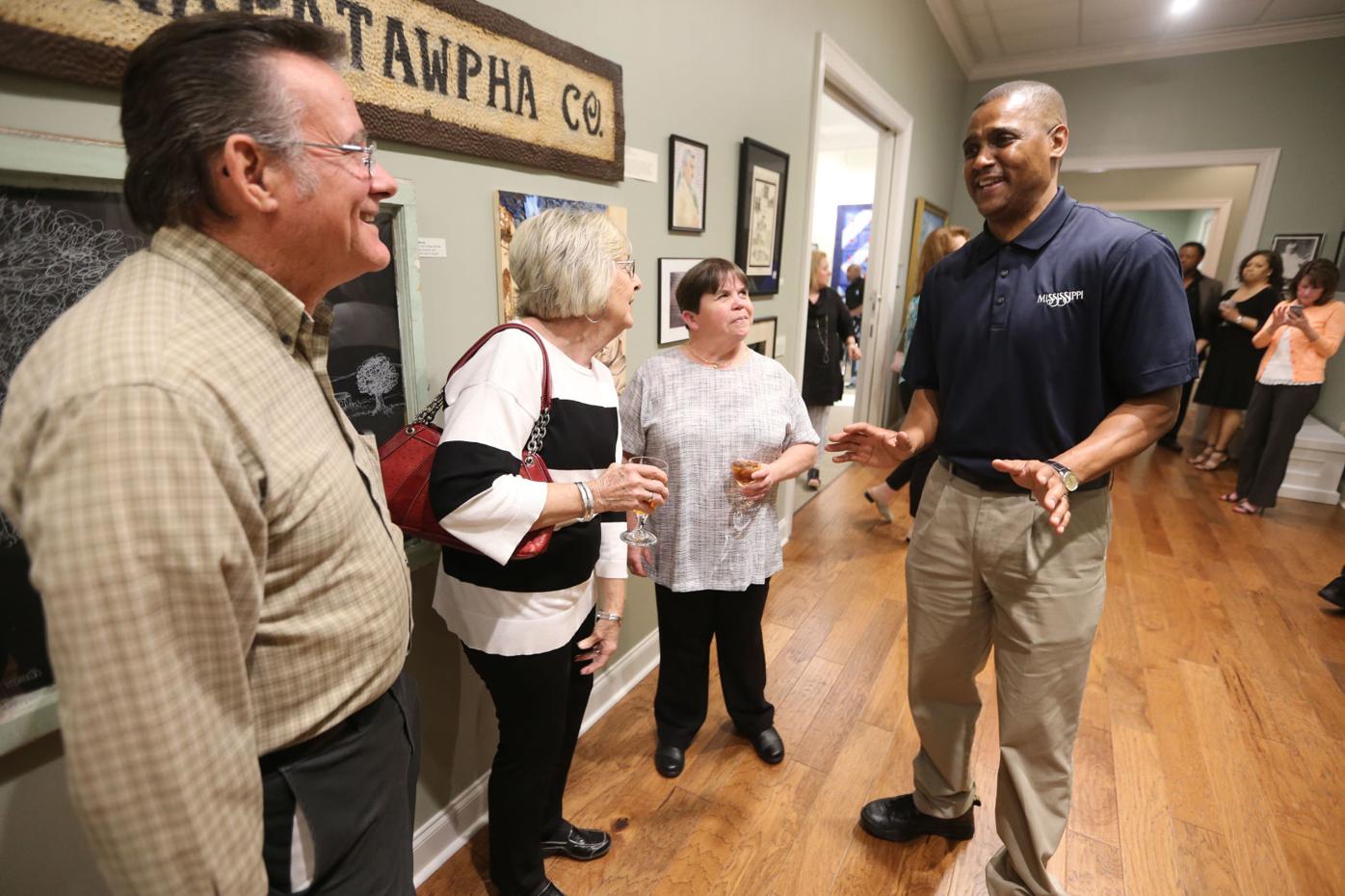 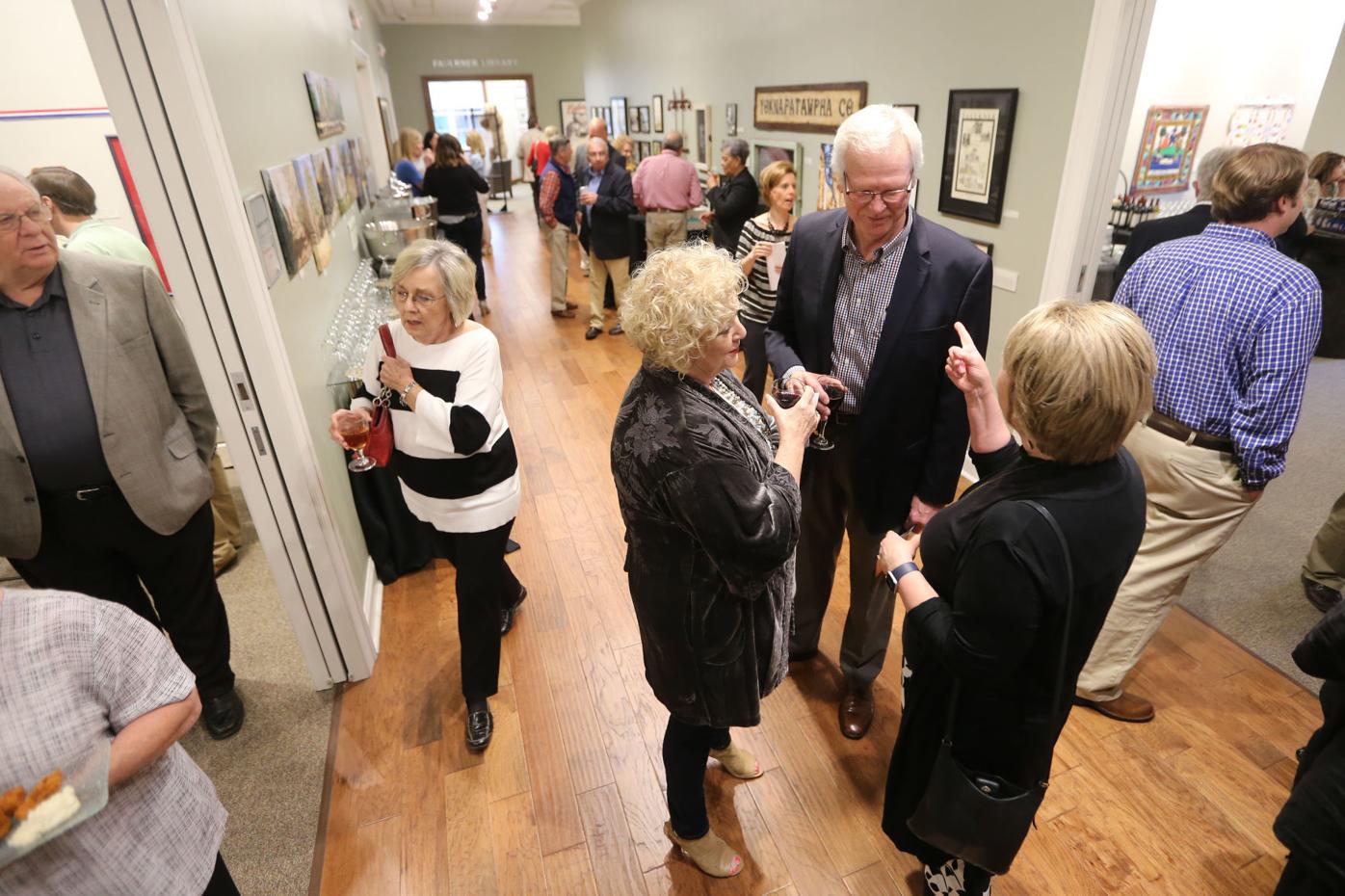 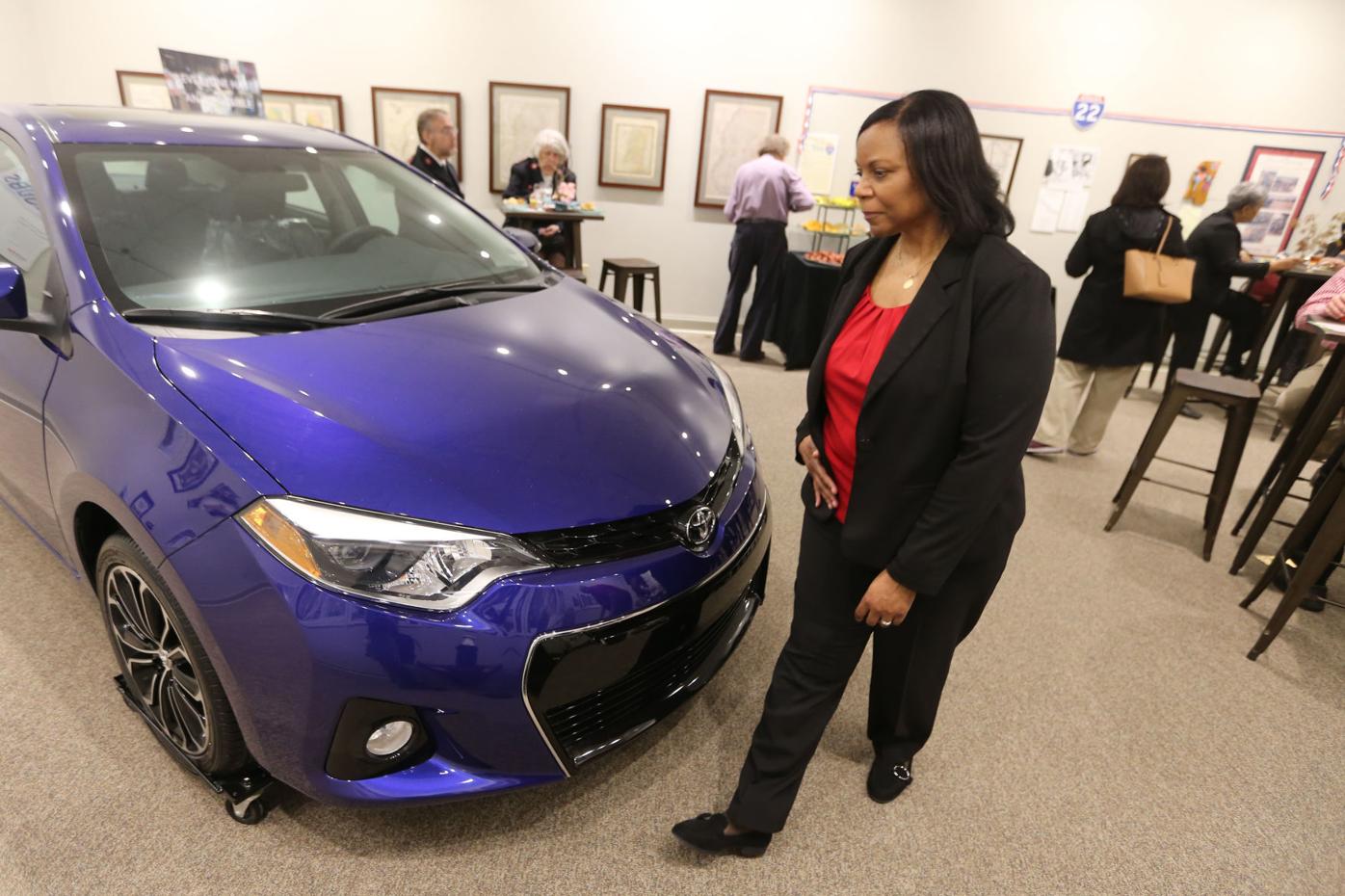 Roberta Davis, human resource manager with Toyota Mississippi, walks past a Corolla as she tours a Commerce & Industry exhibit during the reception.

Roberta Davis, human resource manager with Toyota Mississippi, walks past a Corolla as she tours a Commerce & Industry exhibit during the reception.

NEW ALBANY – Sean Suggs has been president of the Toyota Mississippi assembly plant in Blue Springs for three months, and he marvels every day at the people working under his tutelage.

“We have 1,500 team members under roof, and with our on-site suppliers we have more than 2,000 people working there,” he said. “Without them, I wouldn’t be standing here today ... they are world-class.”

A reception was held in his honor at the Union County History & Heritage Museum Thursday evening, where community and business leaders joined in the celebration.

“We get really excited building Corollas – we think we build the best vehicles in the world,” he said. “We celebrated building 1 million vehicles in December, and we’re very proud of that. I think that’s just the start of things to come.

“We made a commitment to this area over 10 years ago, and we’ve been trying our very best to try to meet that commitment, not only building the best vehicle but in being a very good community partner.”

And Toyota has certainly done that, having committed more than $500,000 to more than 40 organizations across Northeast Mississippi during its most recent fiscal year.

Among the recipients was Itawamba Crossroads Ranch.

Renee Bennett, the founder of the facility, which is geared toward special needs adults, said she was deeply appreciative of the nearly $27,000 donation from Toyota.

“The gift will help build one of the cottages for the adults to live in,” she said.

“This has been incredible,” she said. “It was a big surprise.”

Suggs said the donations over the years to community partners will continue unabated.

“We want to just let you know we want to be here for you,” he said. “We try to challenge our team members every single day, for them to start their impossible, to do something nobody’s done before. We plan on being here a long time.

“Our plant is in a really good position,” he said. “We believe we have a very bright feature.”

Toyota Mississippi is gearing up for the next generation Corolla, which will roll out for the 2019 model year. The last major remodel was in 2013, for the current Corolla model.