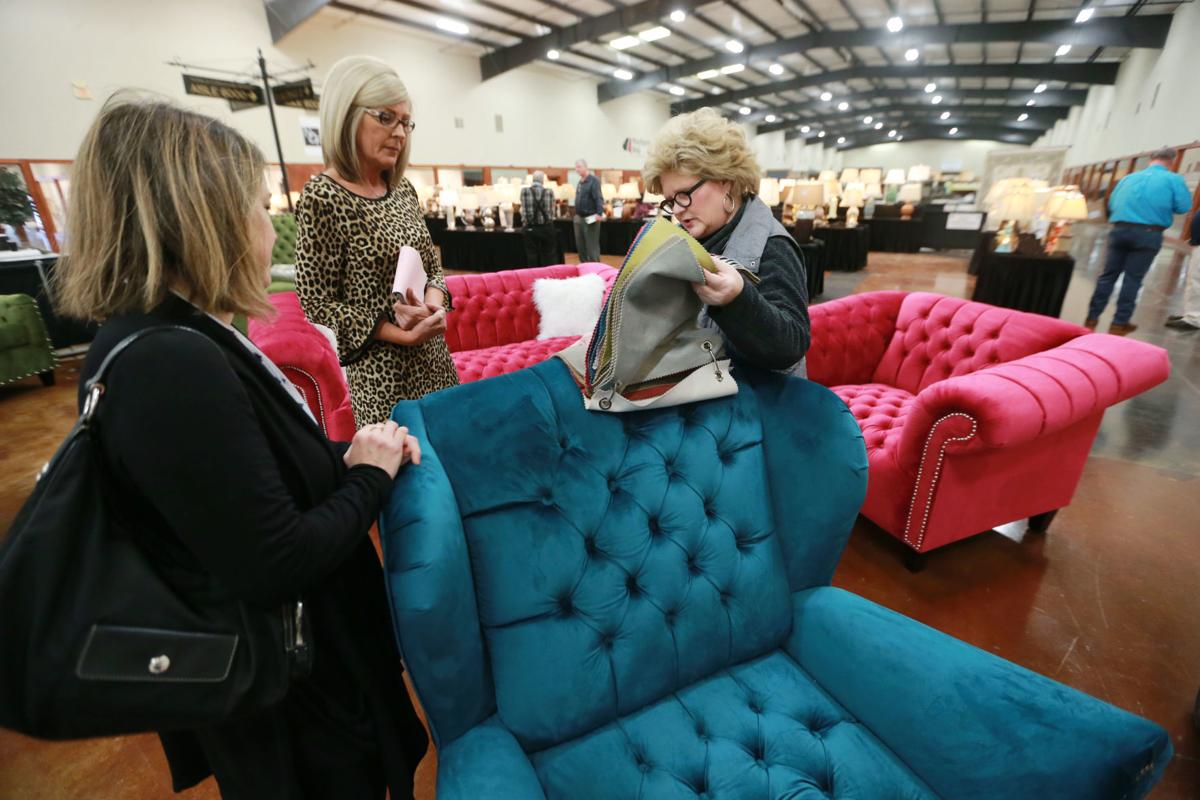 Dana Johnson, right, looks through a variety of fabrics before she places her order with Tammy Gillespie, center, of Furniture Zone during the Winter Tupelo Furniture Market 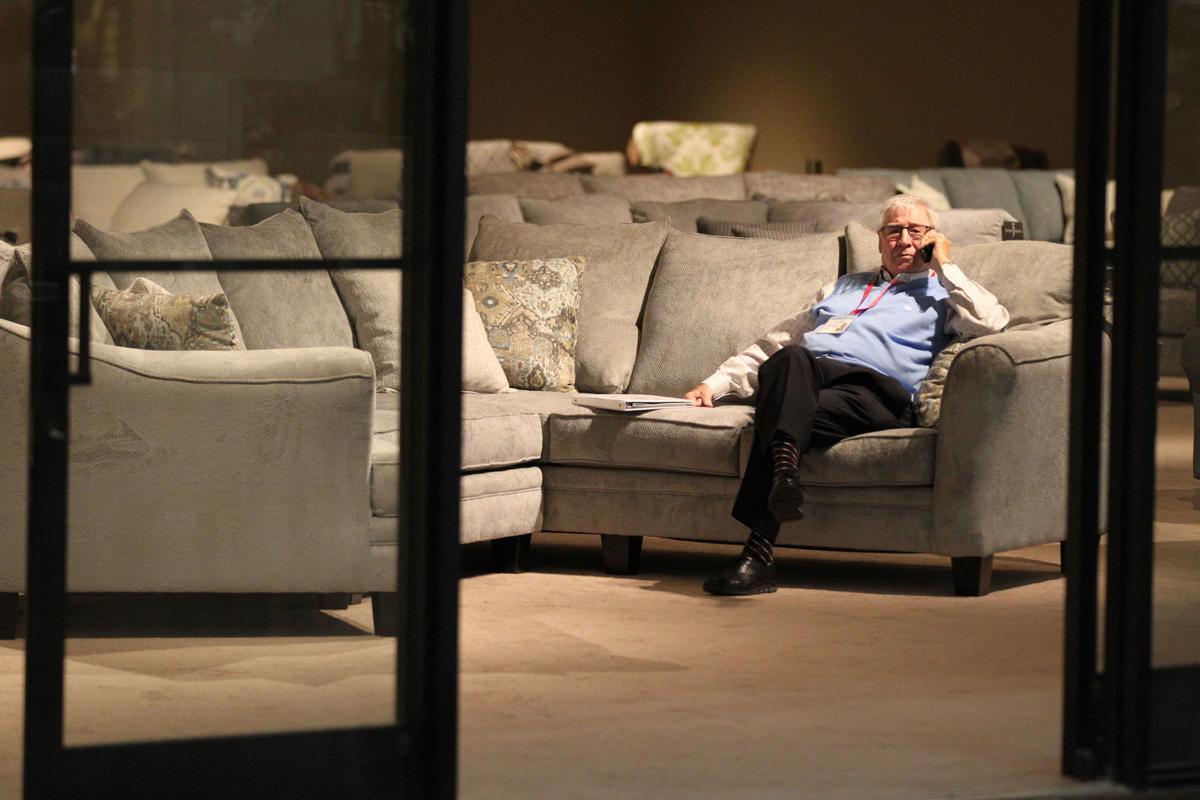 A salesman with J Furniture waits for customers during the Tupelo Furniture Market.

Dana Johnson, right, looks through a variety of fabrics before she places her order with Tammy Gillespie, center, of Furniture Zone during the Winter Tupelo Furniture Market

A salesman with J Furniture waits for customers during the Tupelo Furniture Market.

TUPELO • With some 2 million square feet of exhibition space, the Tupelo Furniture Market has plenty of room for furniture, bedding, case goods and accessories exhibitors, as well as buyers and retailers to attend the biannual trade show.

But in recent years, the number of attendees has shrunk at each market, and the just-completed Winter Market was a prime example of that. There were more open and unfilled spaces in the buildings, and attendance was light.

And the market got no help from Mother Nature.

“We opened up with a really good Wednesday, had a nice Thursday, then the weather report said we were going to get blown away, so Friday became really light and Saturday and Sunday were not really good at all because people took shelter and left,” said market Chairman V.M. Cleveland.

Indeed, with a weather front bringing in heavy rain and tornado watches and warnings as it swept across the country, many showrooms shut down Saturday and didn’t reopen Sunday.

It’s the second time in three years that the Winter Market has been affected by weather, prompting Cleveland to consider moving the market date again. He hasn’t determined for sure if it will happen, but he is sure of one thing: the Tupelo Furniture Market will get smaller.

The market is comprised of six buildings, but they’re no longer filled like they once were during the heyday of the market.

“We need to consolidate,” Cleveland said. “But all the markets are having issues with keeping enough exhibitors. Because of the internet and how things have changed in how people shop, we need to downsize a bit and we’ll be working on that.”

How that will turn out remains to be seen, but Cleveland said he anticipates the Fall Market in August will feature a leaner, meaner Tupelo Furniture Market.

“How we do it will be a little challenging to figure it out, but we think we have a pretty good game plan,” he said.

Meanwhile, it wasn’t all gloom and doom at the Winter Market. Several exhibitors said they had good shows despite the lightly attended show.

“We had buyers on the building Tuesday, Wednesday and Thursday, with the bigger buyers coming in early and skipping the weekend as usual,” Cleveland said.

Debbie Henry, director of sales for the market, recruited 24 new exhibitors for the Winter Market, including Chromcraft, which showed for the first time at the market.

“They came here with no expectations because they’d never been, but they opened 30 new accounts,” she said. “They said they had a phenomenal market.

“We heard a lot of good things about the market, and sure, we weren’t happy that attendance wasn’t as great as we wanted it to be, but people told us they did business.”

Jim Sneed, CEO of Affordable Furniture, said despite the smaller amount of exhibitors and attendees, it was business as usual at his showroom.

“I hear all the time about there not being enough people here, but I’m telling you we did what we normally do and had more than 100 accounts come in Wednesday and Thursday,” he said. “And I’ll be honest, I think the weather did play a big factor. We shut down our showroom on Friday and didn’t open Saturday and Sunday, and we weren’t the only ones.”

Denise Webster has attended the past 10 years as an exhibitor with Gently Loved Furs of Hominy, Oklahoma, selling previously owned fur coats as well as cow hides and goat hides.

“This is the third time I’ve been here with the cow and goat hides, and it’s just been great,” she said. “It’s better every market; I’m thrilled. The market is very much worth coming back.”

Ranch girl, Caucus-chella and Klomentum: This is campaigning in Iowa