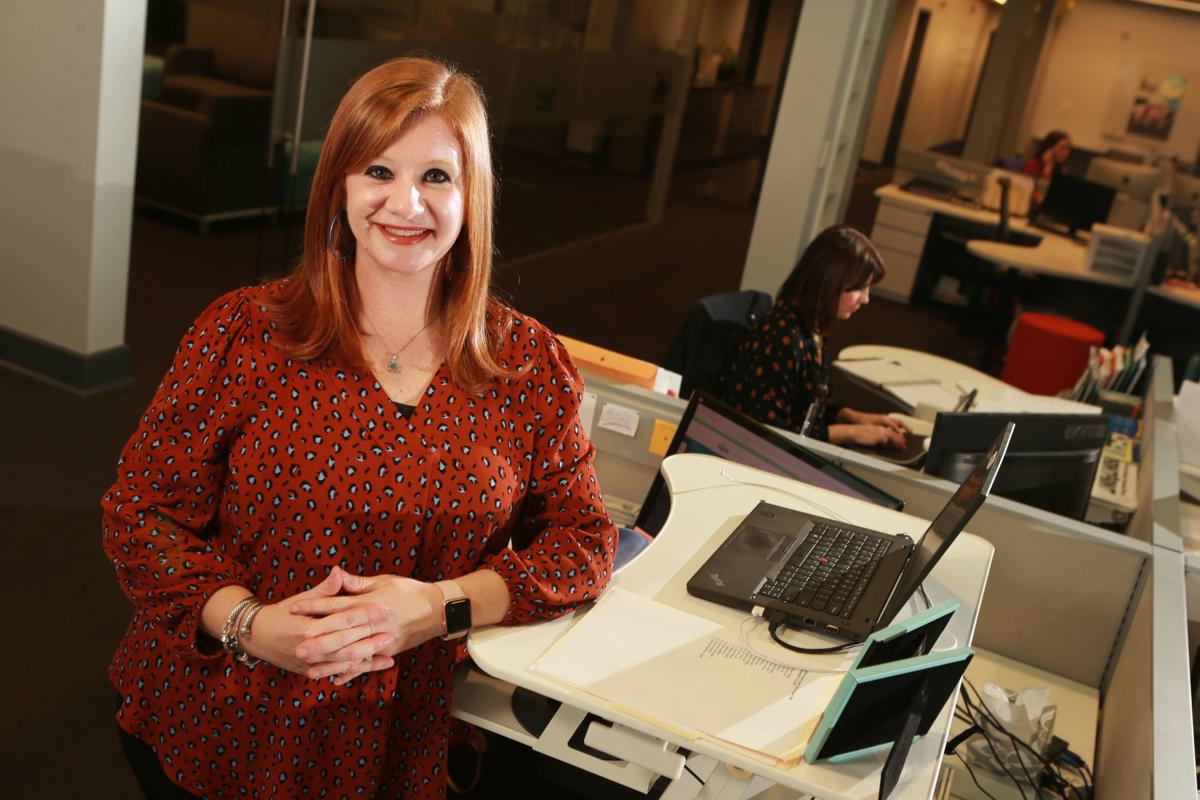 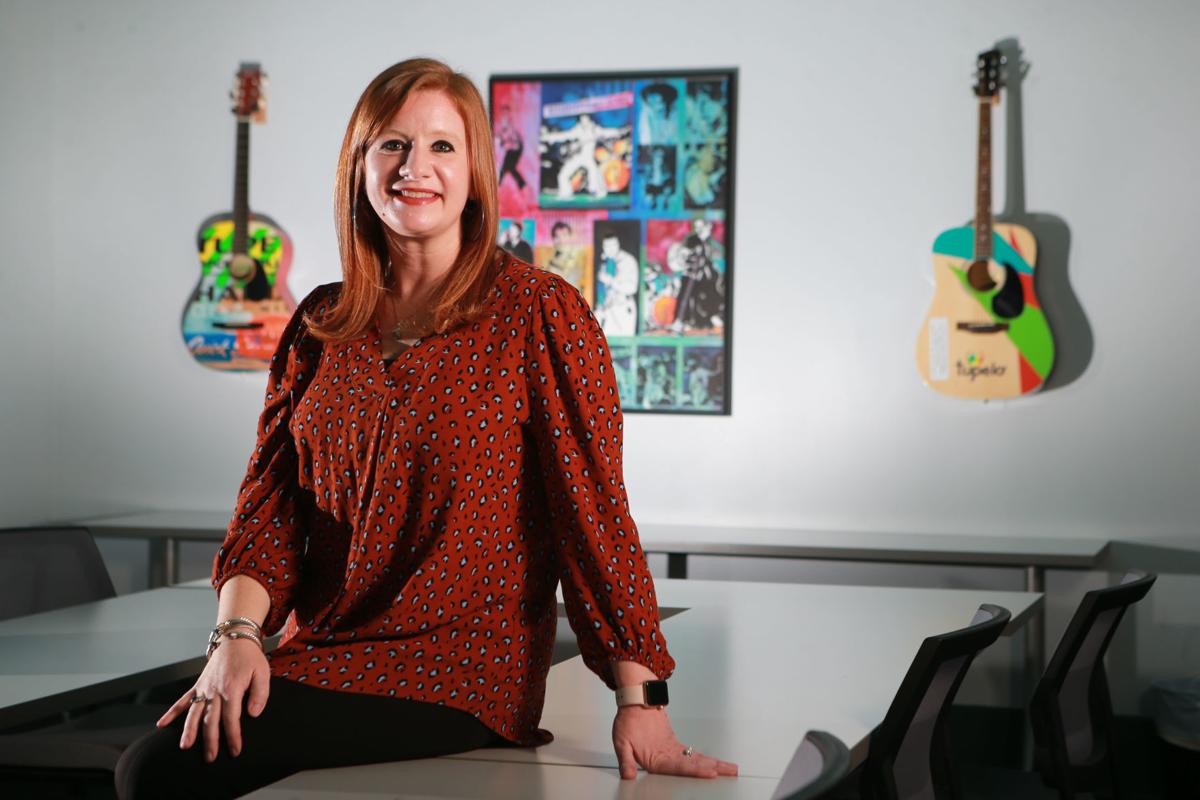 TUPELO – Jennie Bradford Curlee has a passport many would envy to have.

Another way to reach international travelers is meeting them person, hosting them on PR events and showing them around, which happens frequently in the All-America City.

The international outreach is important for the city, which benefits from sales taxes generated by visitors.

“Obviously we know no one on an international level is going to stay in Tupelo for two weeks. They’re going to go to the entire South for two weeks,” she said. “So we have to have several strategic marketing partnerships that we sell ourselves internationally.”

Among those partners is the state of Mississippi, which in turn partners with a British-based firm that contracts with others to sell Tupelo to the UK and western Europe. In addition, the CVB partners with the city of Memphis, an obvious choice given the Elvis connection.

“We fit together very well. Anybody coming internationally to see Tupelo, most likely because of Elvis, is doing so as part of a broader Southern music itinerary,” Bradford Curlee said. “Whether they’re going to Memphis, Nashville or New Orleans, they’re going to have to go through Mississippi, and we want to capitalize that and have them visit the birthplace and eat in our restaurants and spend the night here.”

The CVB also partners with Travel South to showcase not only Tupelo, but the rest of the state internationally at an annual trade show.

Among her stops filling her passport: Australia, New Zealand, the United Kingdom, Germany, France, Belgium, the Netherlands and Brazil.

And as a part of the Travel South network, she meets with representatives and tour operators of various countries, meeting one-on-one with them, sharing food and information from the region and state .

She’ll be going back to Australia in June to further cement the relationships there.

“That’s one of the fastest-growing places where we’re getting visitors from,” she said.

Bradford Curlee developed an early interest in travel thanks to her parents, who she said sacrificed to allow her and her brother to travel.

“That just instilled in me a love to travel,” she said.

She joined the CDF seven years ago after the CVB reorganized and made international sales a dedicated position.

“They had always done international sales, but hadn’t dedicated a single person in charge of it,” she said. “So I got to come in and develop an aggressive public relations and international sales plan and execute it. I’ve been here for a little over seven years. I’ve loved every minute of it.”

Neal McCoy, the CVB executive director said having a singular contact for international travelers was a key part of its 10-year plan when Bradford Curlee was hired. And it’s been a fortuitous decision.

“It’s great to have her continuously in front of these people at trade shows and sales missions that the state offers us,” he said. “What we have to do, because we don’t have the budget, is ride the coattails of organizations like Travel South to help us get the word out. It’s about relationships and getting your product in front of them.”

Not all visitors from out of state – or out of country – are the same and have different tastes.

Elvis, of course, is the biggest draw for visitors, particularly those from the UK and Germany. Brazil also is home to a rabid Elvis fan base and is an emerging market to tap.

“A lot of times I get to sell the entire Mississippi Hills area, and sometimes I get to talk about the Delta a bit, too,” she said.

Working with other CVBs also is beneficial, she said.

“We work with Oxford, for example, and maybe then connect them with the Delta. Although I might not get that overnight visitor this time, I’ll get one in the future thanks to working together.”

The CVB also has to work with tourists who have changing habits. For example, they’re seeing more independent travelers – those who plan their own itineraries – who don’t always go through a travel agency or the CVB. It’s difficult to track the numbers as they don’t always identify themselves.

“We may have two from Japan, two from Germany, three from Australia who might not sign in on a bus but are here visiting,” she said. “Of course we work with the Birthplace and area hotels, but it can be difficult to track ... But it’s all about constantly developing partnerships and telling our story.”

The next big market Bradford Curlee is targeting is China. She attended the Travel South meeting recently which hosted a Chinese delegation for the first time. Among a familiarization tour of the South, the group came through Tupelo.

“We hosted the first-ever Chinese tour in Mississippi in Tupelo,” she said. “They spent the night in Tupelo and then DeSoto County before flying out of Memphis. That was very exciting. They loved our food and hospitality, and not knowing what to expect, we did a lot of training beforehand so we knew what to do and what to expect from the Chinese tour operators. It was phenomenal and remarkable, and we’re excited about the possibilities that market has to offer.”

As for her own favorite travel spots, Walt Disney World is right at the top. But a bucket-list destination is Singapore, where she hopes to visit soon.

“Right now, we have a nine-year old, playing baseball and doing all kinds of fun things, so it’s not in the immediate future. But I’m always planning something, and I’m happiest when I’m planning a trip.”