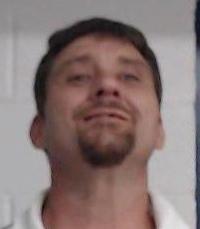 BOONEVILLE  • Two Prentiss County men have been charged with felonies accused of stealing a car off the side of the road.

According to Prentiss County Sheriff Randy Tolar, two men took a vehicle that was left on the side of the road in Frankstown. They allegedly took it to a local scrap yard and sold it.

The investigation led to Jamie Ray Lewellen, 41, and Martin Hannon, 55, both of Booneville. Lewellen was arrested around 11 p.m. on April 13 at his residence, after he fled from deputies earlier in the day. He was on post-release supervision with the Mississippi Department of Corrections at the time of the arrest. MDOC has placed a hold on him. He was charged with grand larceny and his bond was set at $10,000.

Hannon was also charged with grand larceny. His bond was set at $5,000.

Mitch McConnell: '100% of my focus is stopping' Joe Biden

He was at the Capitol riot. Now he's tallying Arizona ballots

See the bear starring in a California governor's race ad