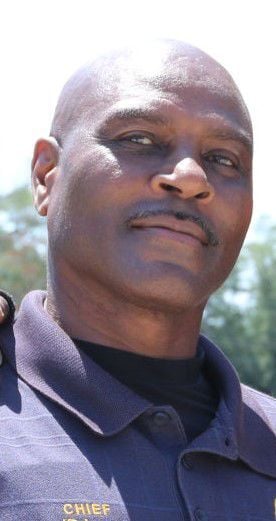 ABERDEEN • A federal judge ruled Thursday that the city of Verona and a former police chief were not responsible for a 2017 drive-by shooting that killed a grandmother and wounded three others.

Annie Walton, 66, was one of eight people inside a Palmetto community house that was shot up by then 17-year-old Latavious Betts. Walton was fatally shot. Two more were hit by bullets and a fourth person was injured by flying debris.

In the wrongful death lawsuit filed in March 2020, Walton’s family claimed the city and former Police Chief J.B. Long were liable because their actions resulted in a state-created danger and an abuse of executive power. The family argued that Betts, who had been charged with a separate murder and an unrelated shooting, should have been behind bars, not free on bond at the time.

In April 2018, Betts, then 16, was charged with murder, but was released from the Lee County Jail by Long with only a signature. When he was arrested months later in connection with another shooting that injured two people, Long failed to mention the previous murder charge, and Betts was again released on bond.

U.S. District Count Chief Judge Sharion Aycock granted the city’s motion for summary judgement June 10 and dismissed the case with prejudice, meaning the claims cannot be brought back up.

The Fifth Circuit Court of Appeals, which oversees the Northern District of Mississippi, has never adopted the state-created danger theory of liability. Because of that, Aycock was forced to dismiss that portion of the claim in the 16-page order and opinion.

On the abuse of executive power claim, the lawsuit alleged the former chief’s actions rose above the conscious shocking level because Long “arranged Betts’ first release, allowing Betts to commit another violent shooting offense, and allowed for Betts to be released a second time without informing the Lee County Justice Court of Betts’ recent violent history and previous first-degree murder charge.”

Aycock disagreed, saying Long’s actions did not meet the legal threshold of being so egregious or outrageous that it would shock the contemporary conscious. In her view, Long was simply carrying out his duties as police chief. She noted that at the time of the first release, Long did not have enough evidence to proceed with an indictment.

“While the Plaintiffs might have liked for Chief Long to engage in a different course of action in both instances,” Aycock wrote, “that fact alone does not constitute arbitrariness or caprice which extends beyond mere violations of state law or bad faith.”

The court ruling also noted that the lawsuit failed to offer sufficient evidence that Long acted with reckless disregard in either instance.

“Even viewing the evidence in the light most favorable to the (Walton family),” Aycock wrote, “the court finds that Chief Long’s conduct did not violate the decencies of civilized conduct nor was it so brutal or offensive that it does not align with the traditional notions of fair play and decency.”

During a 9-month period in 2018, Betts was involved in two fatal shootings and a third shooting that injured two people. The final incident happened just two weeks after his 17th birthday.

In February, he pleaded guilty to second degree murder in the death of Walton and one count of aggravated assault for shooting Aliven Walton. Both charges stem from Betts shooting a dozen or more times at Walton’s Palmetto community home. He was sentenced to 40 years in state prison and was given credit for the 26 months he spent in the county jail while awaiting trial.

As part of the plea agreement, the state agreed to retire to the files several other charges. The state dismissed two other aggravated assault charges for shooting and injuring others inside Walton’s house.

The state also dismissed a separate murder charge and separate aggravated assault charges for two shootings in Verona in the spring and summer of 2018.

Ocasio-Cortez on backing infrastructure deal: 'I doubt it'