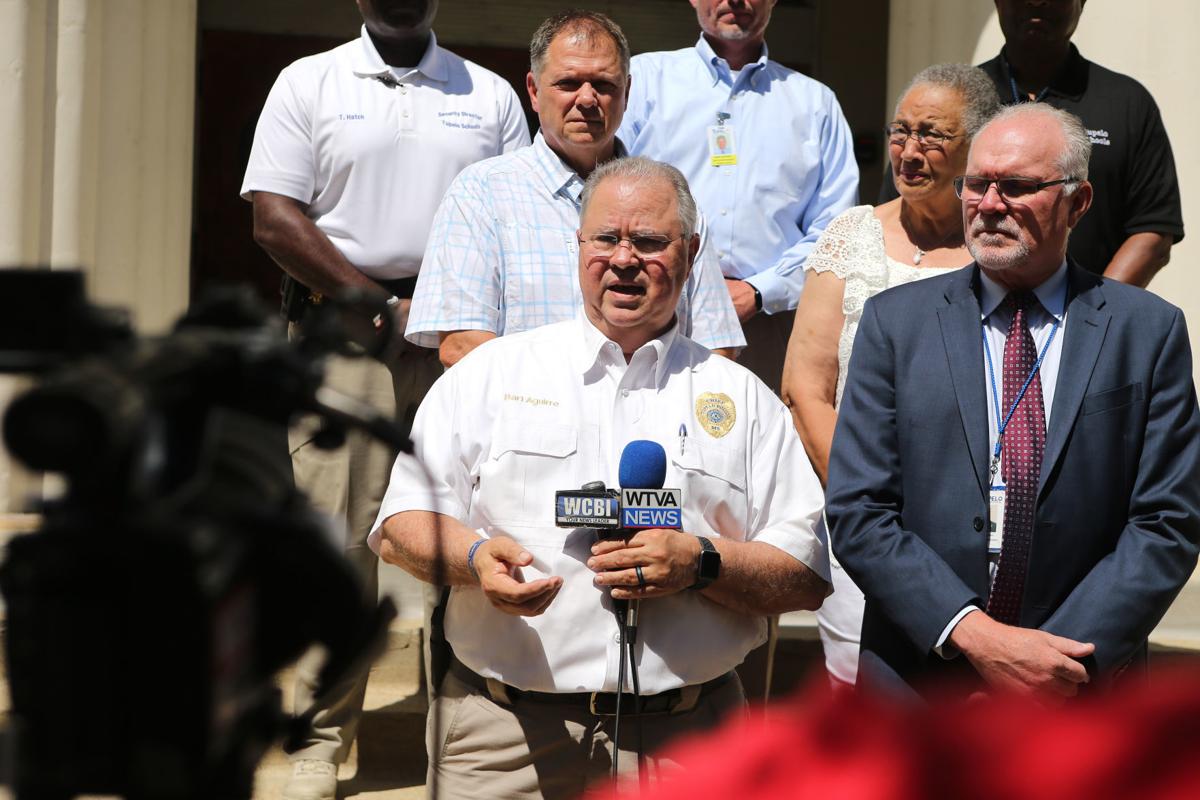 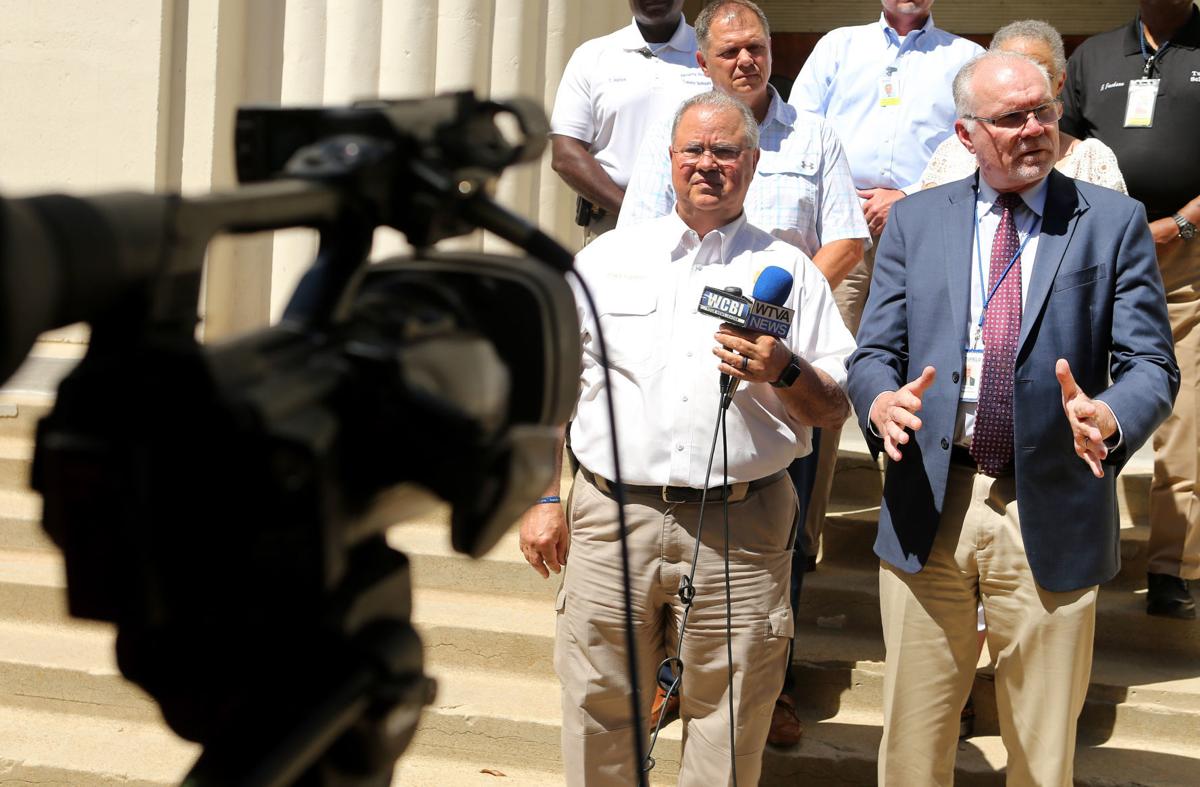 TUPELO • "It's important that everyone understands that all children and staff are safe in our Tupelo Public School District," superintendent Rob Picou said, standing with city officials on the steps of Church Street School Friday morning.

"(Oxford and Pontotoc police departments) actually broke the case," Aguirre told the Daily Journal. "They contacted us in the wee hours of the morning and said they had been able to locate where these threats were coming from and then we went to an address here in Tupelo and made those arrests based on their information."

The two youths are also being questioned about similar threats to campuses in Pontotoc and Oxford districts, which will also be pressing charges.

“These two juveniles are being charged with making careless threats against an educational facility, which is a new state statute,” Pontotoc police chief  Randy Tutor said. “The juveniles are in custody awaiting a detention hearing in Pontotoc County Youth Court probably next week.

“We started getting lots of calls about a post on social media where someone was threatening to shoot up the schools at Pontotoc and Oxford. There were some pictures of weapons involved, it went viral. Fortunately, we got some leads which led us to the arrests in Tupelo.”

Names are not being released at this time for the two individuals as the investigation remains ongoing, but they are currently being held in the juvenile detention center in Tupelo.

"This has been a trying few days for the Tupelo community and the school district," Picou said. "We have taken every precaution and every step possible to ensure the safety of our students."

Aguirre said further arrests and charges are a possibility.

"We are still looking into this case and collecting evidence and looking at the process at which they used in order to put this threat out there," Aguirre said. "We want to caution further copying of these text messages and forwarding them to other people as well. It does nothing but hinder our investigation and causes chaos and more panic. We want to silence that panic as much as possible."

Police presence was increased throughout Tupelo, Pontotoc and Oxford campuses on Thursday.

Picou noted a substantial, district-wide decrease in attendance in classes on Friday.

"There's no such thing as a funny or a joke threat," Picou said. "Every threat is serious. I'd like to encourage parents to talk to their children about their usage of social media and how they use their telephones because they can cause a lot of panic and a lot of trouble."

Tupelo Middle and Pierce Street Elementary schools remained on partial lockdown through the remainder of the day.

Democratic candidates hone in on Nevada ahead of caucuses

Ex-federal prosecutor: DOJ has a virus, everything Barr touches dies