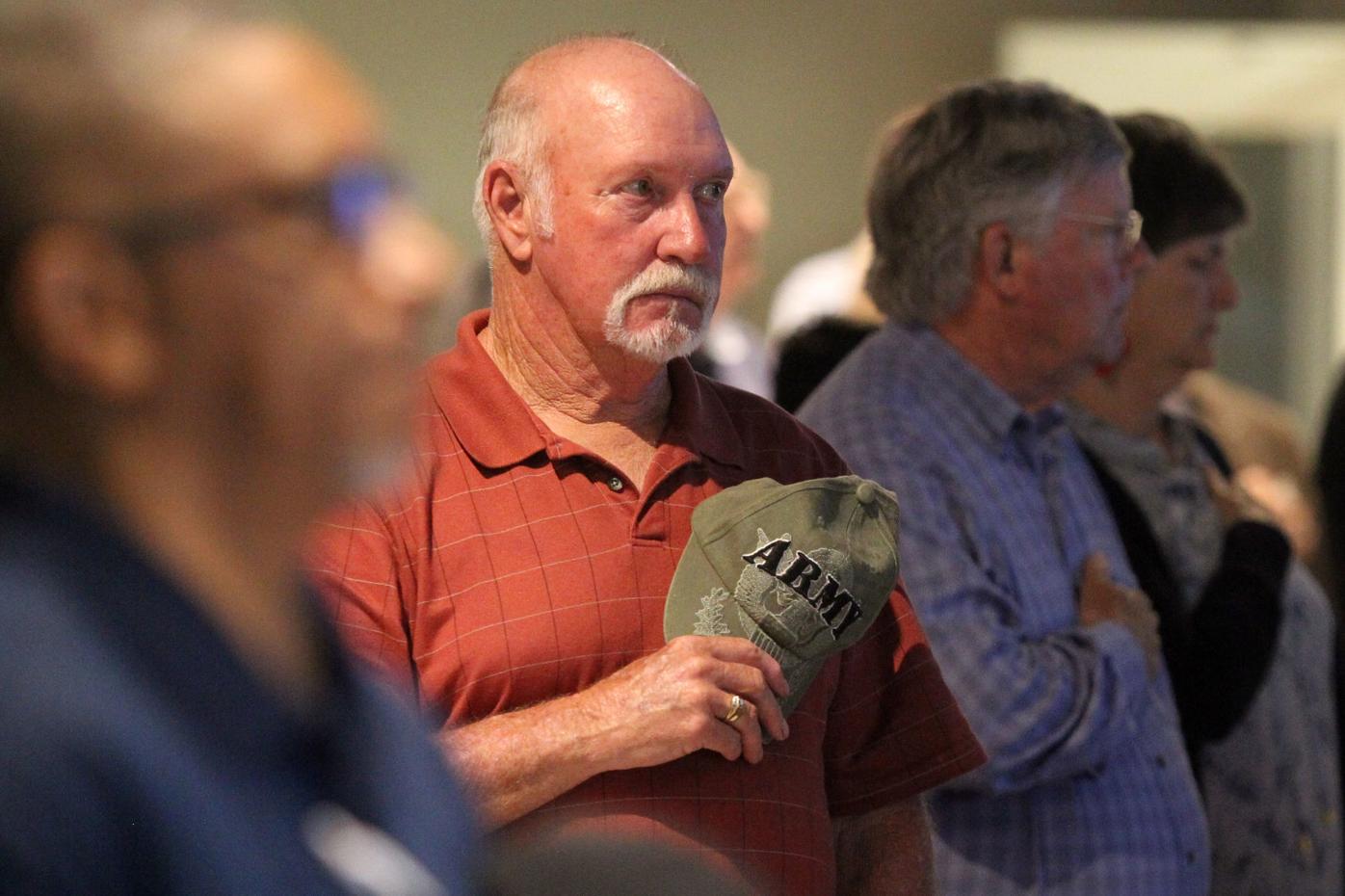 H.D Allen of Okolona and an Army National Guard veteran, holds his hat over his heart during the singing of the National Anthem by Tupelo High School Vocal Jazz Choir member Cole Herrington during a luncheon commemorating the 75th anniversary of D-Day on Thursday hosted by the Daily Journal’s parent company. 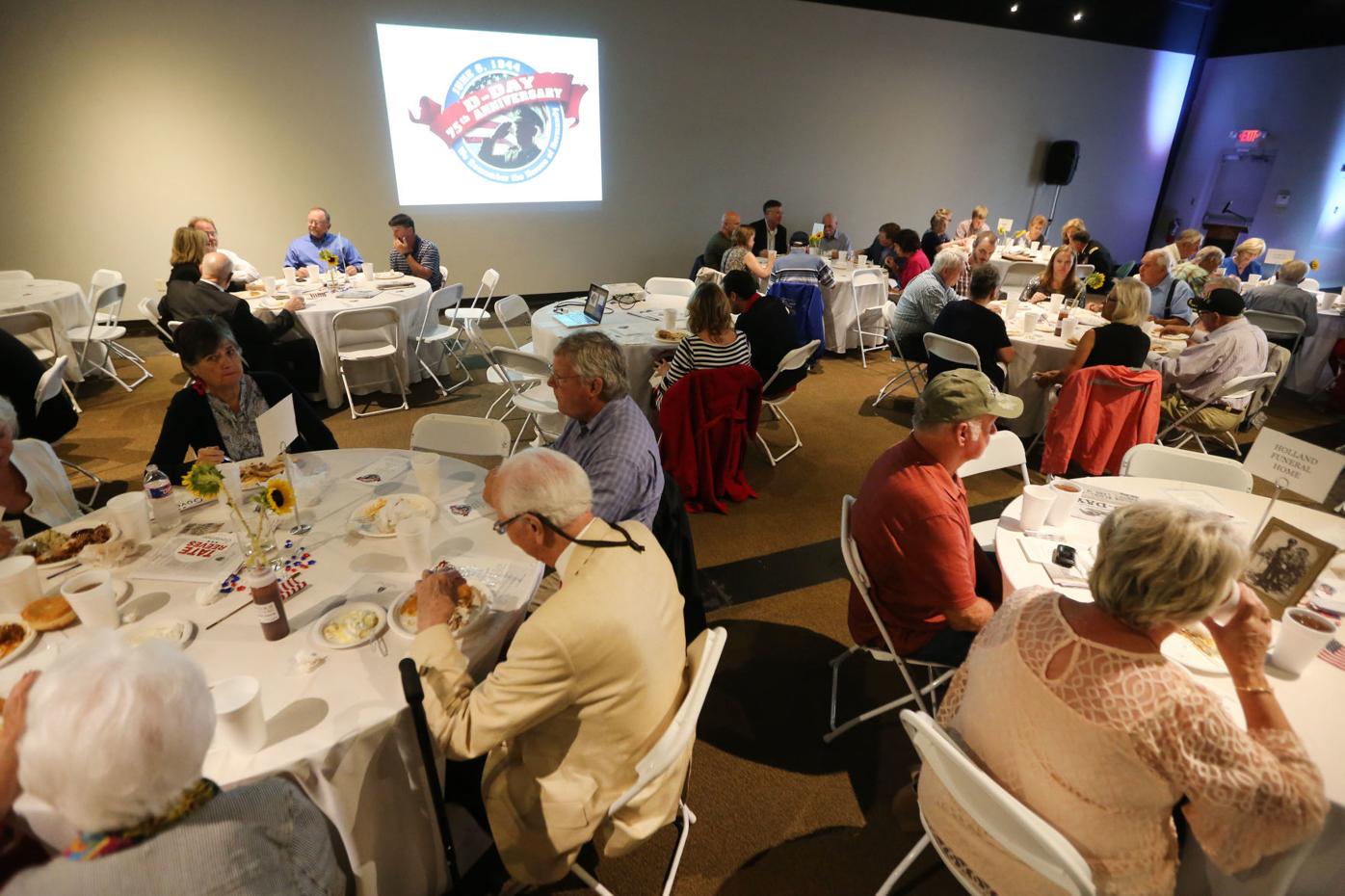 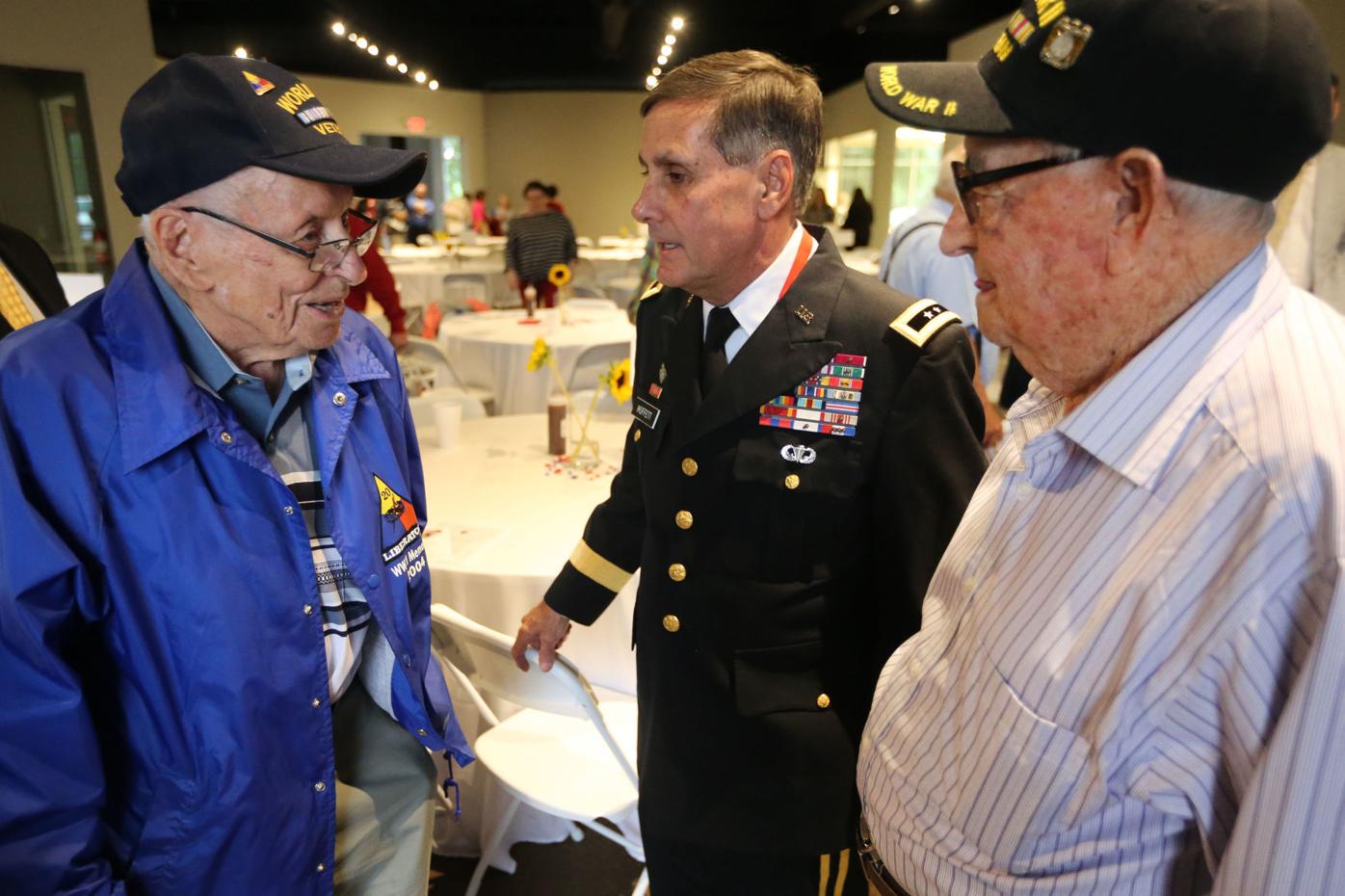 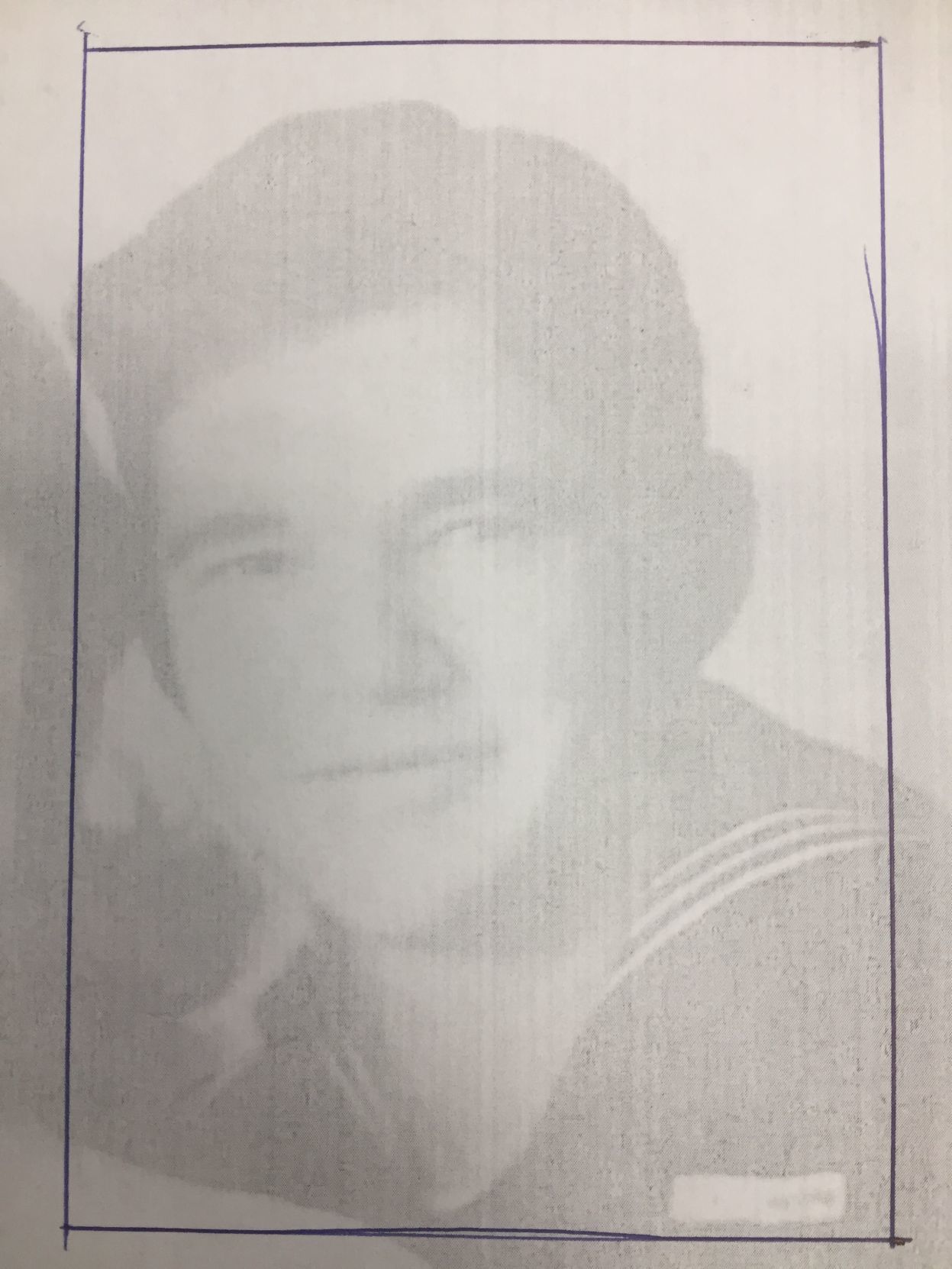 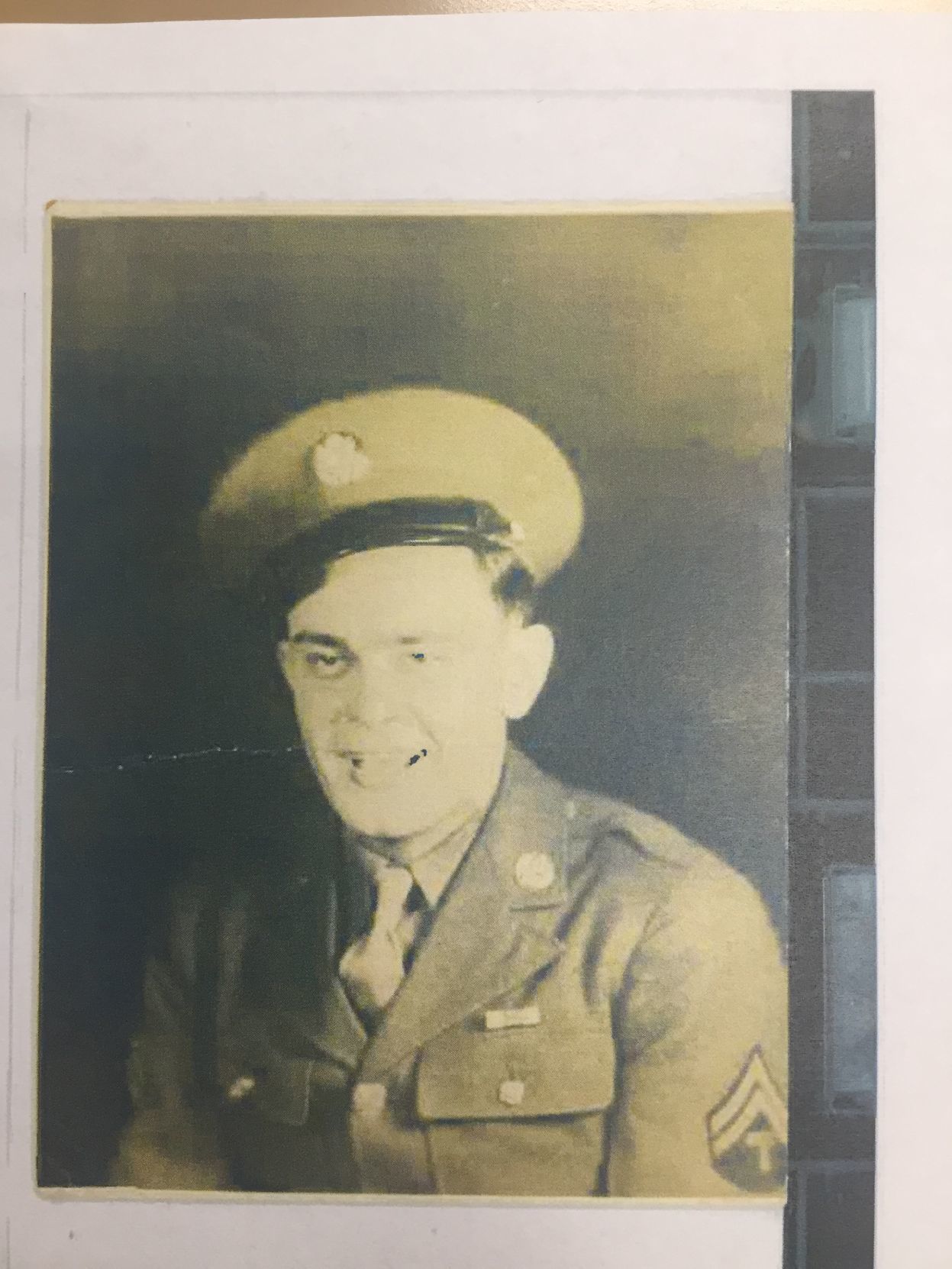 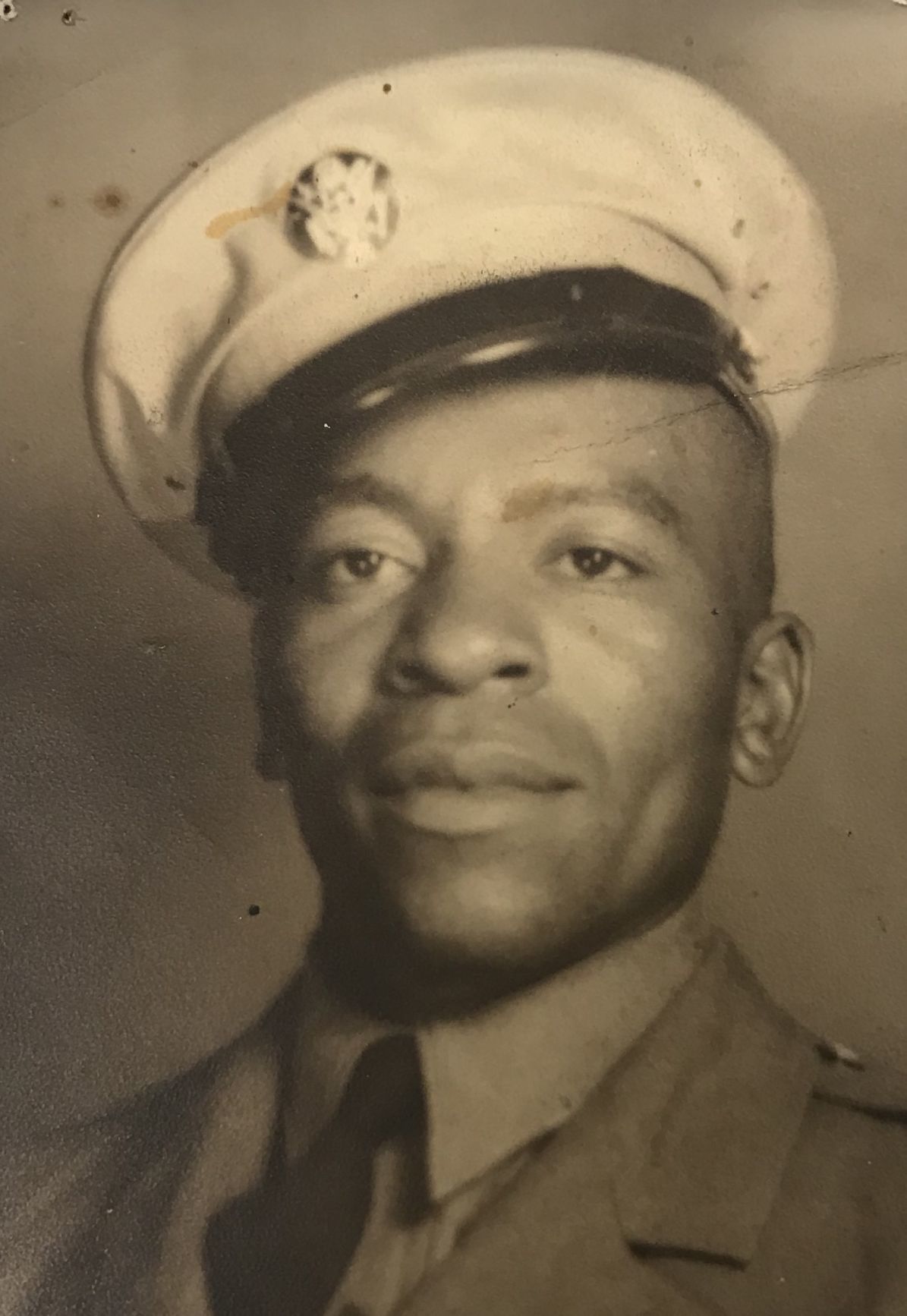 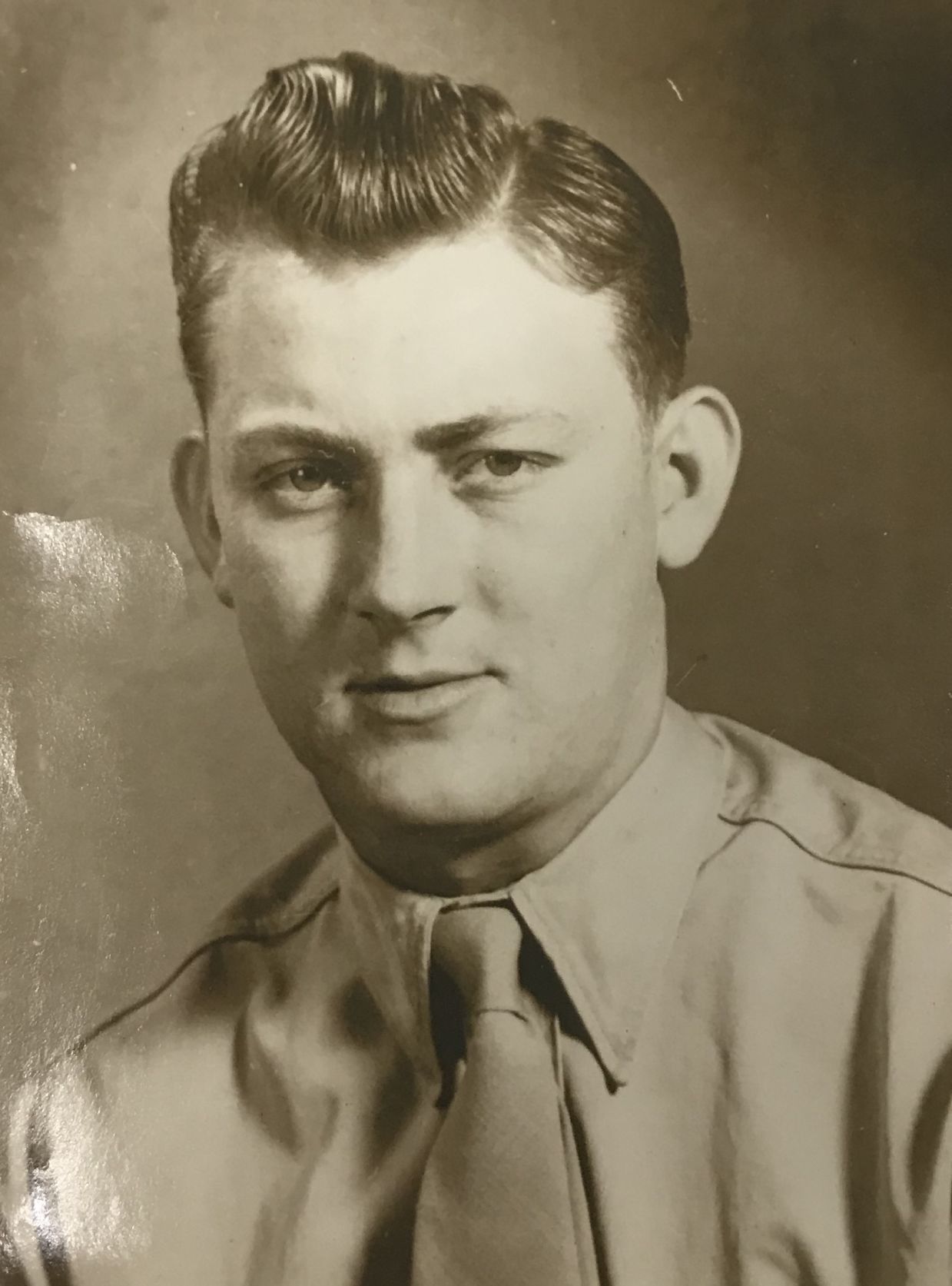 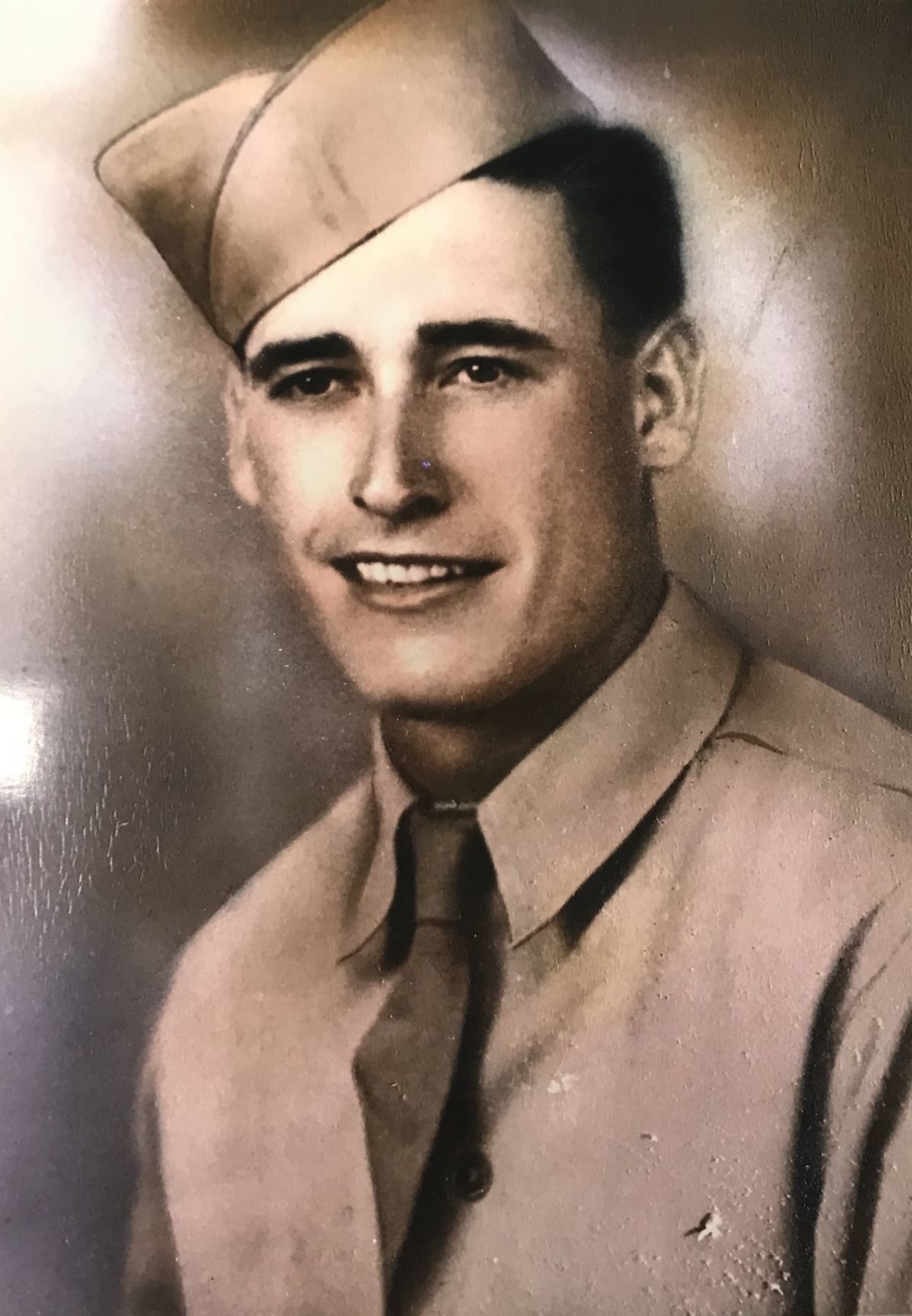 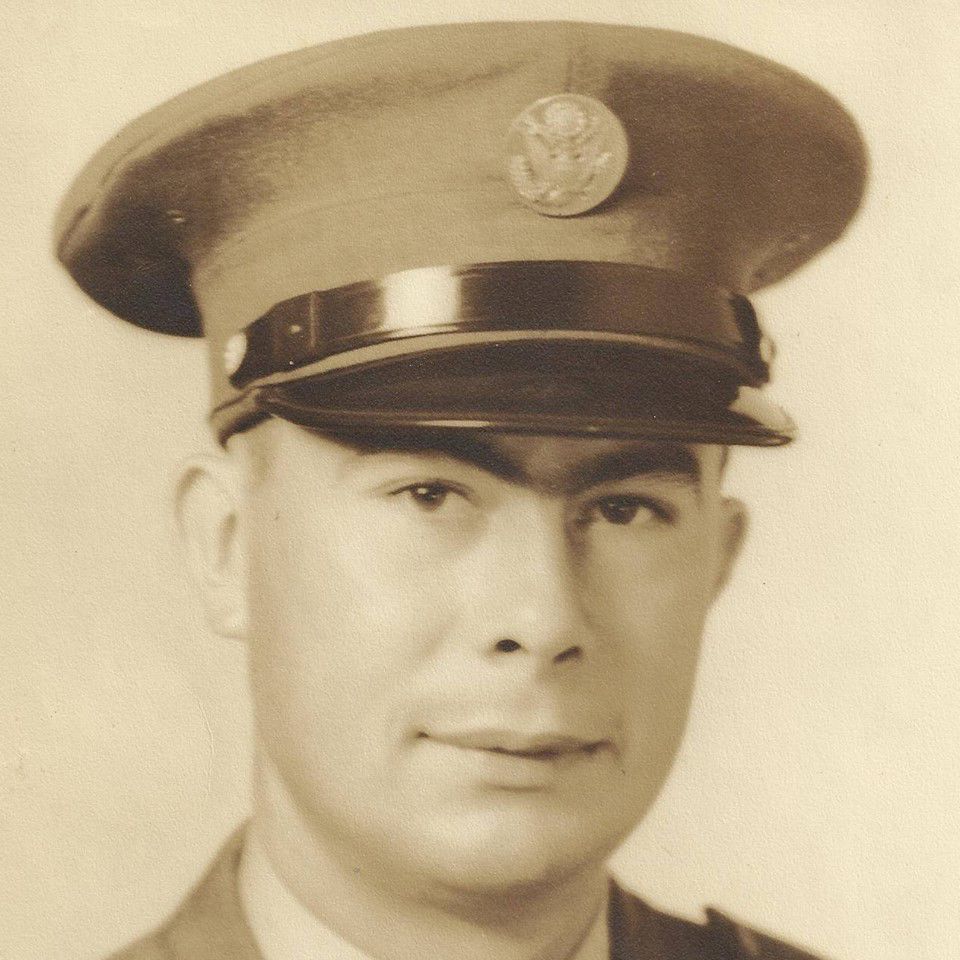 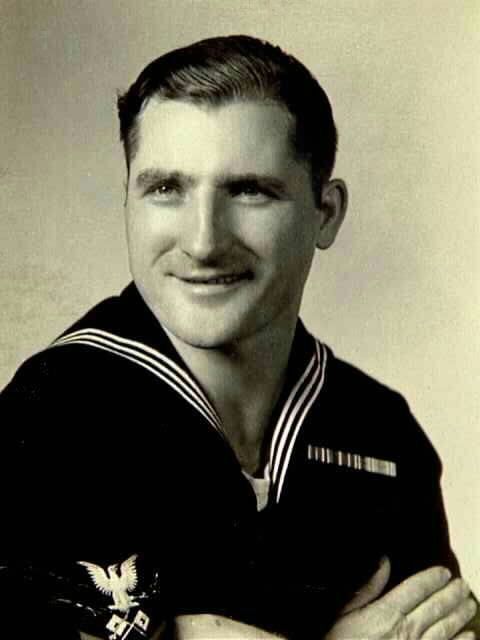 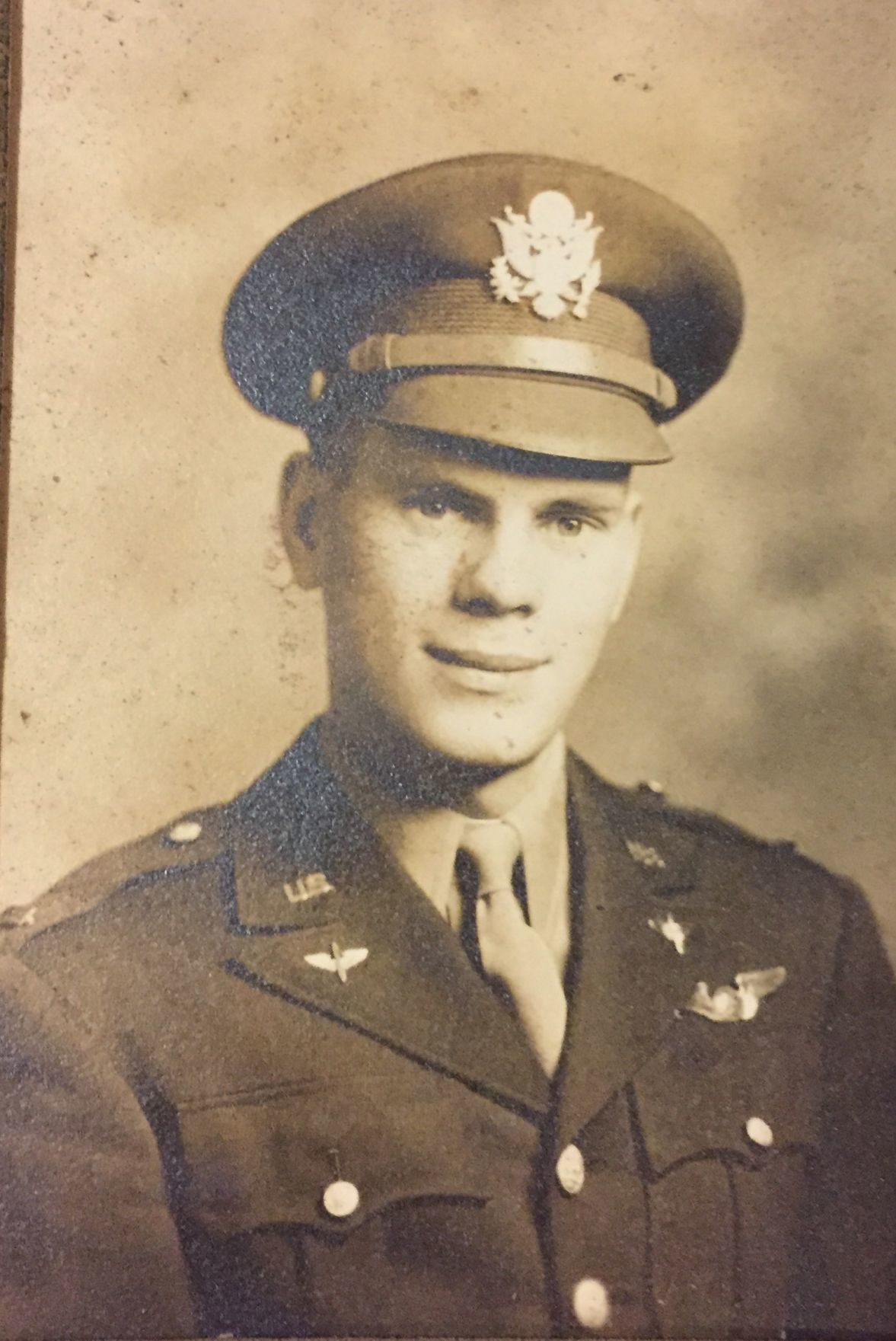 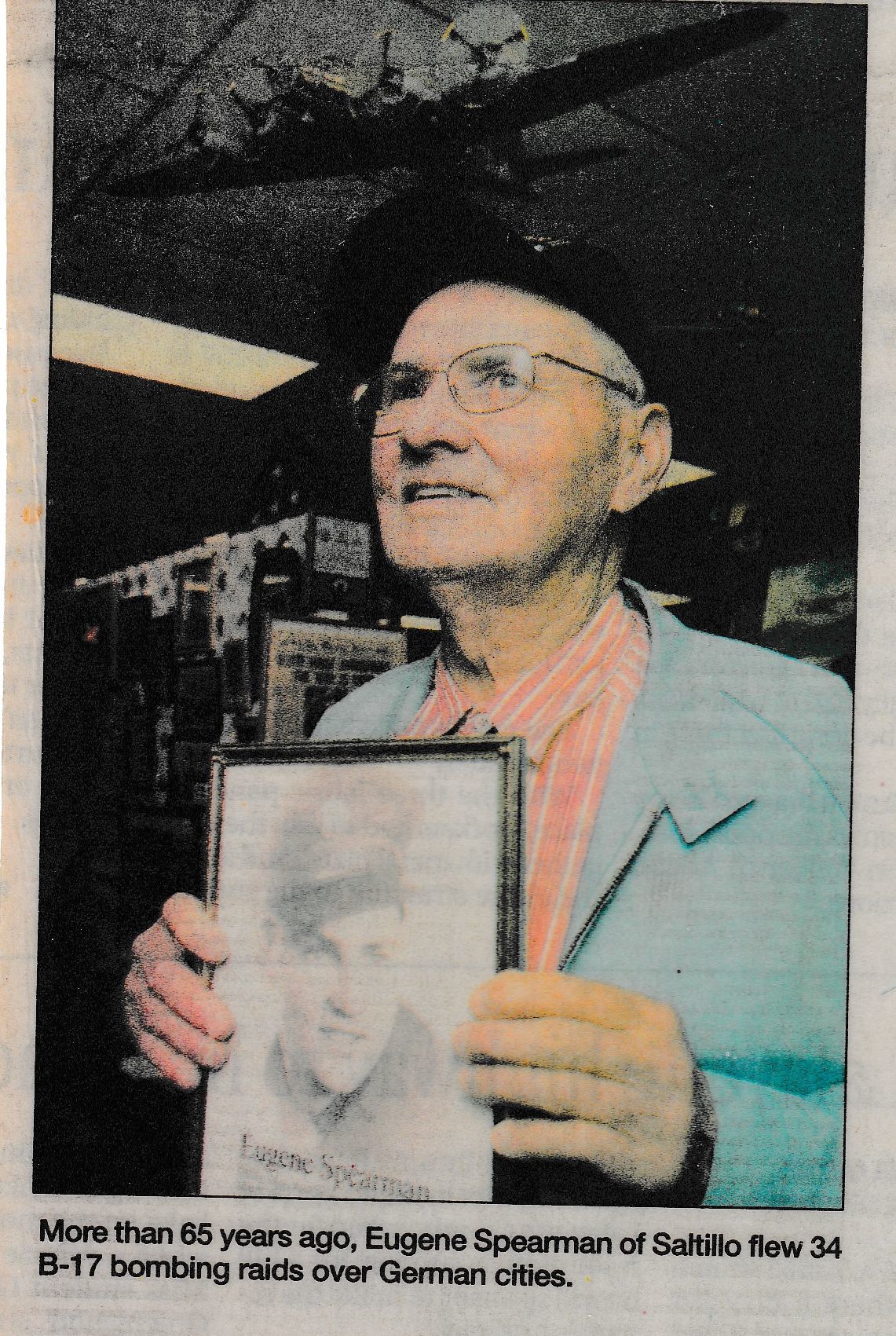 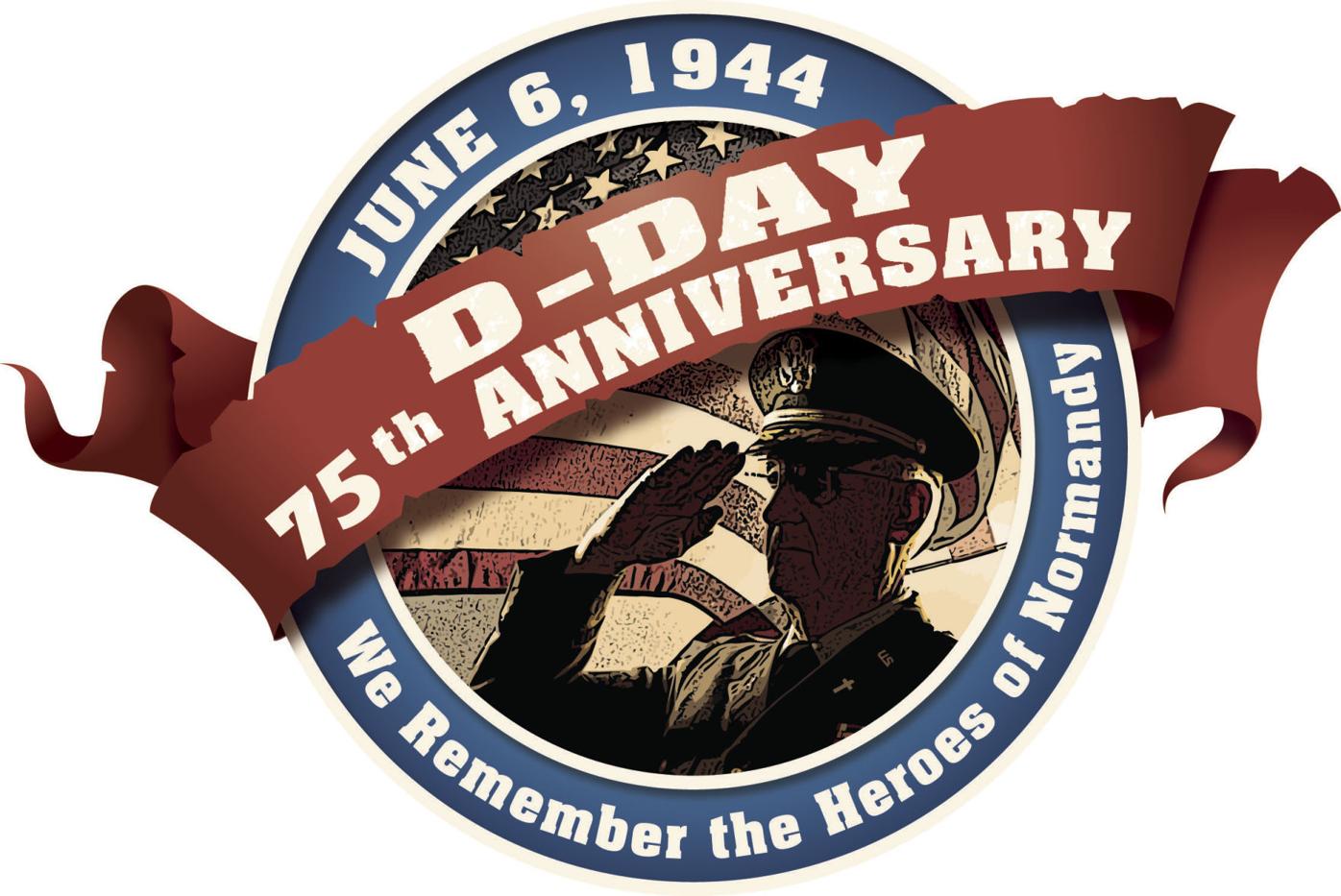 H.D Allen of Okolona and an Army National Guard veteran, holds his hat over his heart during the singing of the National Anthem by Tupelo High School Vocal Jazz Choir member Cole Herrington during a luncheon commemorating the 75th anniversary of D-Day on Thursday hosted by the Daily Journal’s parent company.

He said the young German soldier had previously deserted his army, but the Nazi government captured him and forced him to serve in the military again.

Cockrell, who lives in Mantachie, was one of several World War II veterans at a Wednesday luncheon in Tupelo commemorating the 75th anniversary of D-Day. The event was hosted by the Daily Journal’s parent company, Journal Inc.

After the war ended, Cockrell was part of a unit that transported high-ranking Nazi prisoners to the Nuremberg trials, which led to the conviction of numerous Nazi officers.

He said the military officers never would tell the soldiers who they were guarding, but after guarding one prisoner all night, someone told the unit they had been protecting Rudolf Hess, the deputy Fuhrer to Adolf Hitler.

Gen. T.K. Moffett, who also practices law in Tupelo, served as the keynote speaker for the Wednesday event and urged the attendees to never forget the sacrifices that the soldiers made during the invasion.

“Those soldiers were going to fight to liberate a people that they did not know,” Moffett said. “They knew the coast was going to be heavily defended by German soldiers and the odds were pretty high that they would not live through the experience.”

Moffett also said the lives of the soldiers on the beach were changed forever and some paid the ultimate price.

“America did not go to France to conquer it, but to liberate it,” he said. “The American military did not go to enslave, but rather to set free.”

Frank Seavey, another World War II veteran at the event, said no matter how much time passes, he can never forget the raw sense of patriotism he felt when he freed soldiers who had been held captive.

Seavey was with a group of soldiers who were sent to Austria to gather a group of French prisoners of war after Germany surrendered. He said one of the French soldiers asked him to let him know when they had arrived in France.

“I told them when we were in France, and the men all stood up and sang their national anthem,” he said while holding back tears. “That was the first time they had seen anything in France since the war.”

Why Lincoln's election win was an 'earthquake' for the nation

I lost everything: Texas mom's devastating story from winter storm

Biden announces 3 nominees to USPS board