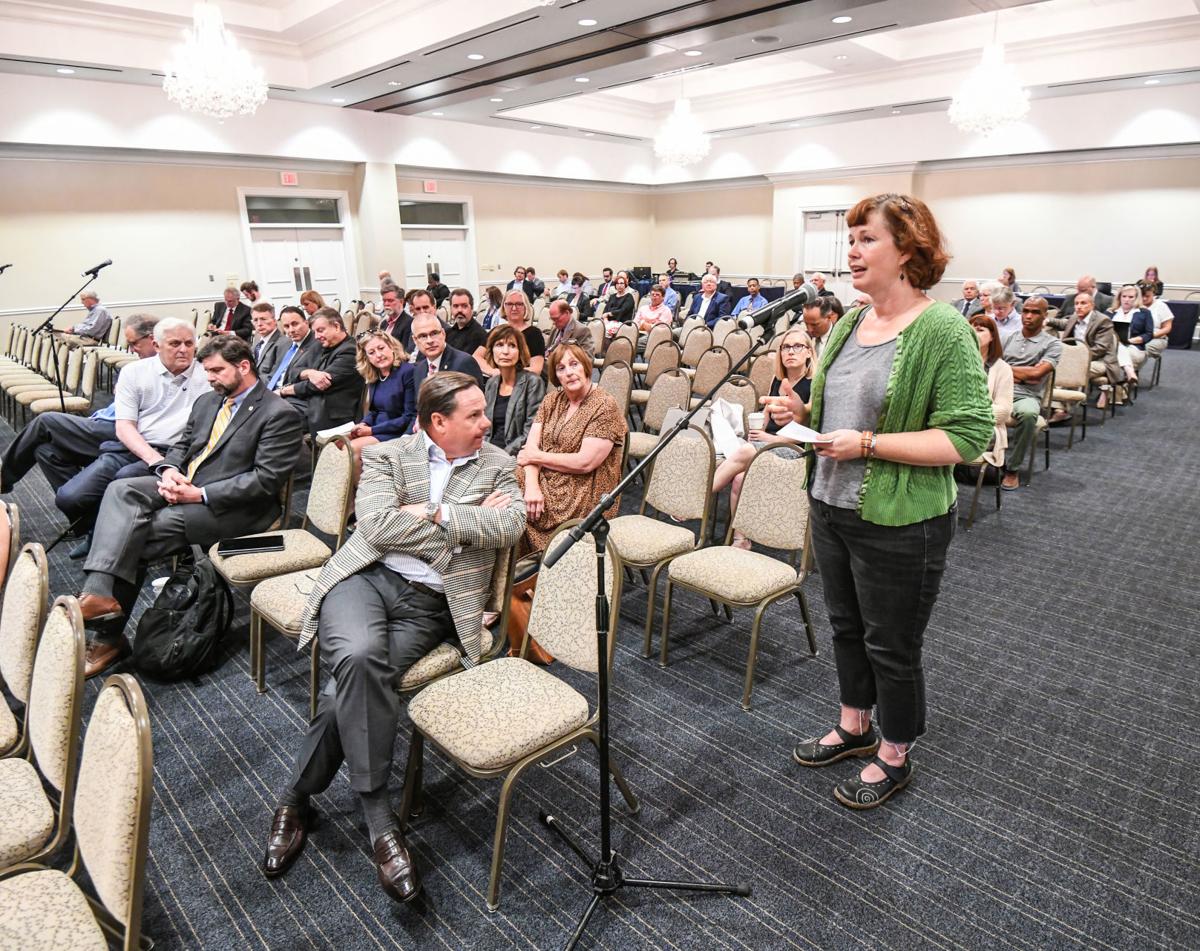 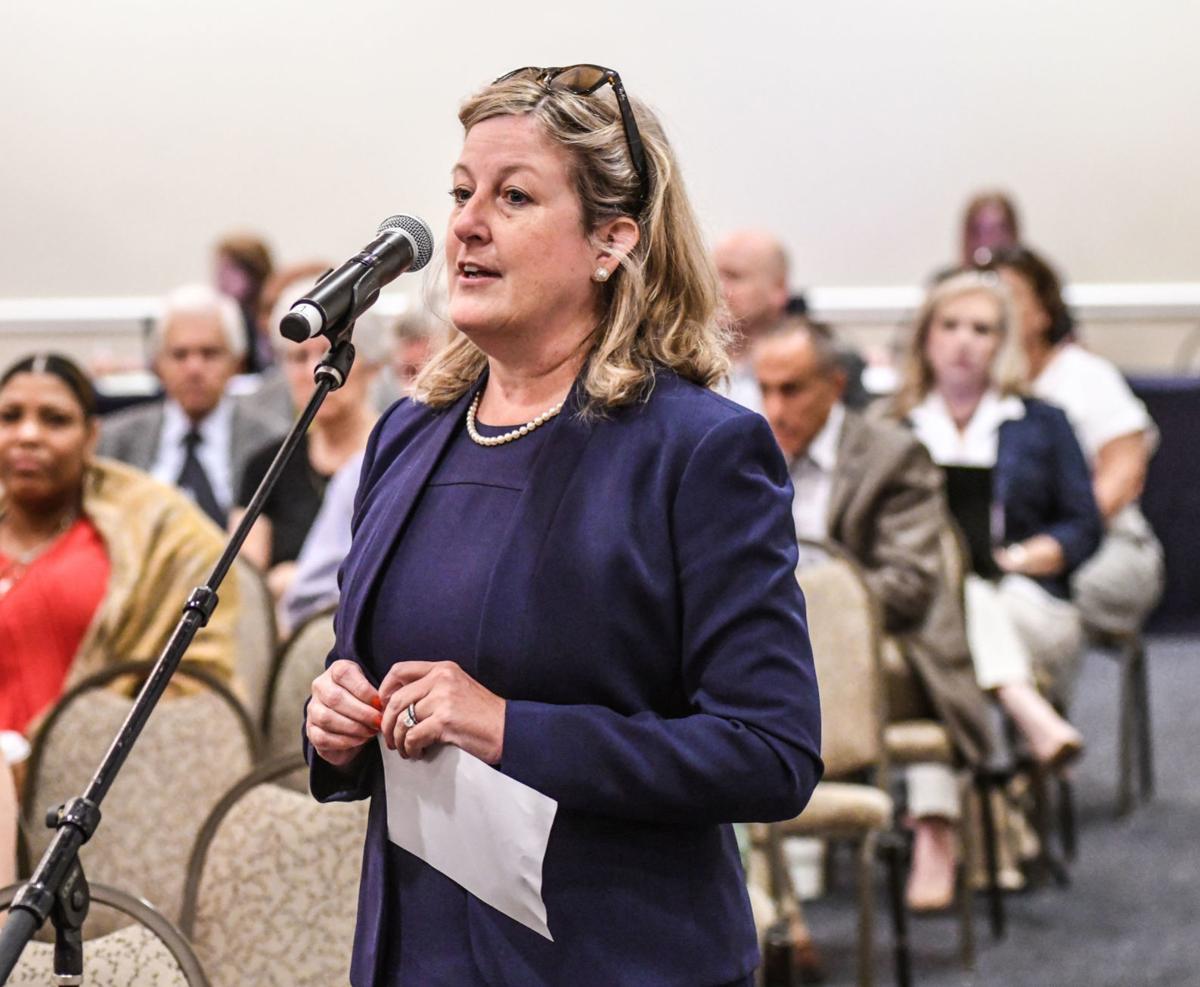 Susan Duncan, dean of the law school at the University of Mississippi, speaks to the Board of Trustees of State Institutions of Higher Learning during the listening session in Oxford Thursday. 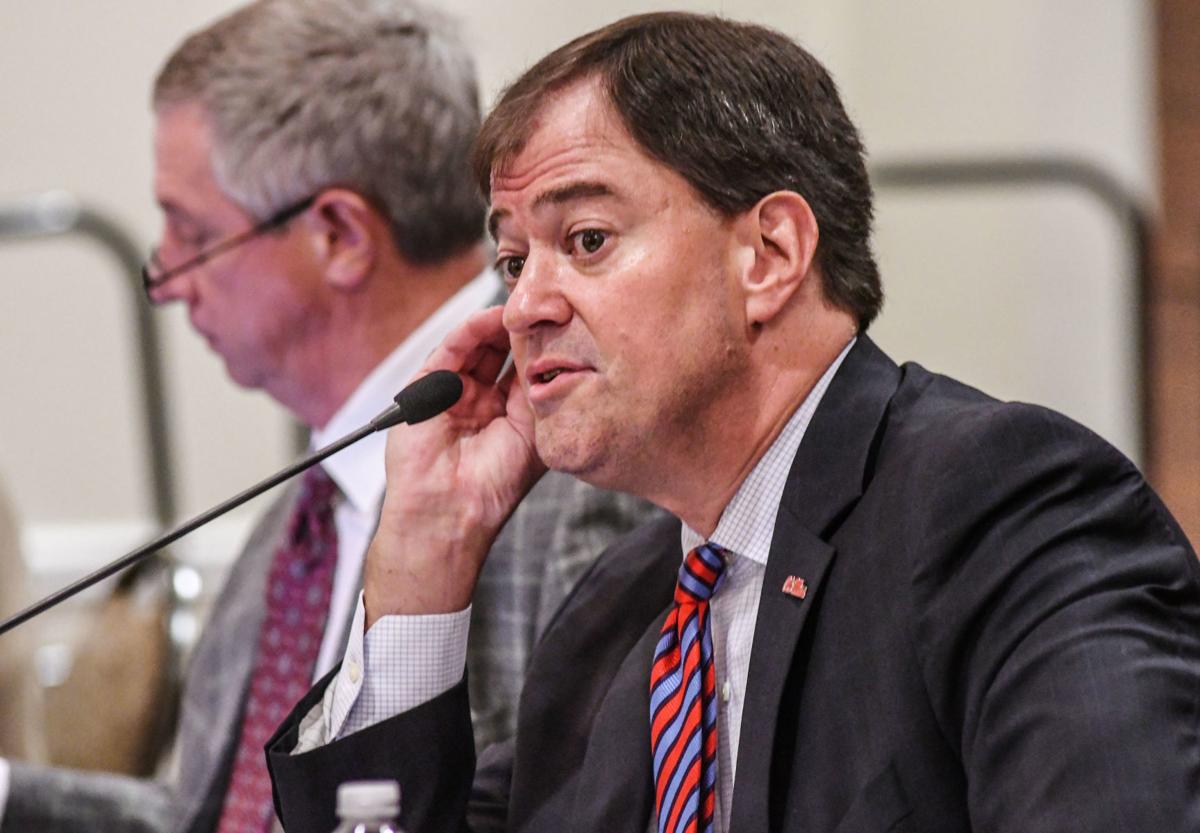 Susan Duncan, dean of the law school at the University of Mississippi, speaks to the Board of Trustees of State Institutions of Higher Learning during the listening session in Oxford Thursday.

OXFORD • With the search on to find the University of Mississippi’s next chancellor, members of the broader university community on Thursday voiced a range of sometimes conflicting views about what’s needed from the school’s top leader.

The Board of Trustees for the Mississippi State Institutions of Higher Learning hosted a series of listening sessions at the Ole Miss Campus Thursday, with opportunities given for academic leaders, alumni, students and faculty to address the IHL board.

Ford Dye, vice president of the IHL board and chair of the chancellor search committee, offered an update as to where the search process stands.

“As we speak, the chancellor search committee has a list of our applicants. They got that last Friday and they will review that list and give the board some input,” Dye said.

During the academic leaders session, deans and chairs of several departments requested a chancellor who can help Ole Miss establish an international brand while demonstrating a commitment to expanding diversity and inclusion.

This session also saw a request for a candidate with fundraising prowess and experience managing large organizations as well as someone who can increase the rate of enrollment to sustainable levels and combat “brain drain” in Mississippi.

In response to questioning, Dye said the committee is willing to extend the search process if the right candidate does not emerge within the current timeline.

In the faculty listening period, speakers wanted a chancellor who will protect academic freedom. This constituency also prefers a candidate with an academic background and a commitment to doing what is best for the university despite outside criticism.

Former Ole Miss Chancellor Robert Khayat was mentioned by several staff members as a model of a leader able to touch different groups of people. Linda Spargo, who works in the chancellor’s office, said the next chancellor needs to be someone willing to navigate national conversations on race and symbols on campus while uplifting Ole Miss nationally.

“We have to have someone who will tell our story because we are flying in a lot of ways. We do so many things well,” Spargo said. “We need a very special person.”

The topic of buildings named after Confederate figures and the Confederate statue on campus sparked debate among students. A few said they wanted a chancellor willing to rename buildings and remove the monument to make the school more welcoming to students of color.

Other students argued in favor of “embracing” history and want a chancellor to bridge differences.

In the final session, alumni generally sang a very different tune than some of the students, calling for a “conservative” candidate, and, ideally, an Ole Miss graduate. Many alumni said Ole Miss has a unique culture and an “Ole Miss man” is needed, someone who understands the university’s role in Mississippi.

Dye said the tentative timeline calls for a list ranking applicants next Tuesday, after which the board will decide who to select for chancellor interviews.

The first round of interviews will be Oct. 2-3, with an additional interview taking place in mid-October near the board’s monthly meeting. The goal is to have a preferred candidate by the end of October, Dye said.

Buffkin/Baker, a national search firm, is assisting in selecting applicants.

NPR reporter: Pompeo asked me to find Ukraine on a map

Woman dies after clothing got caught in raisin machine