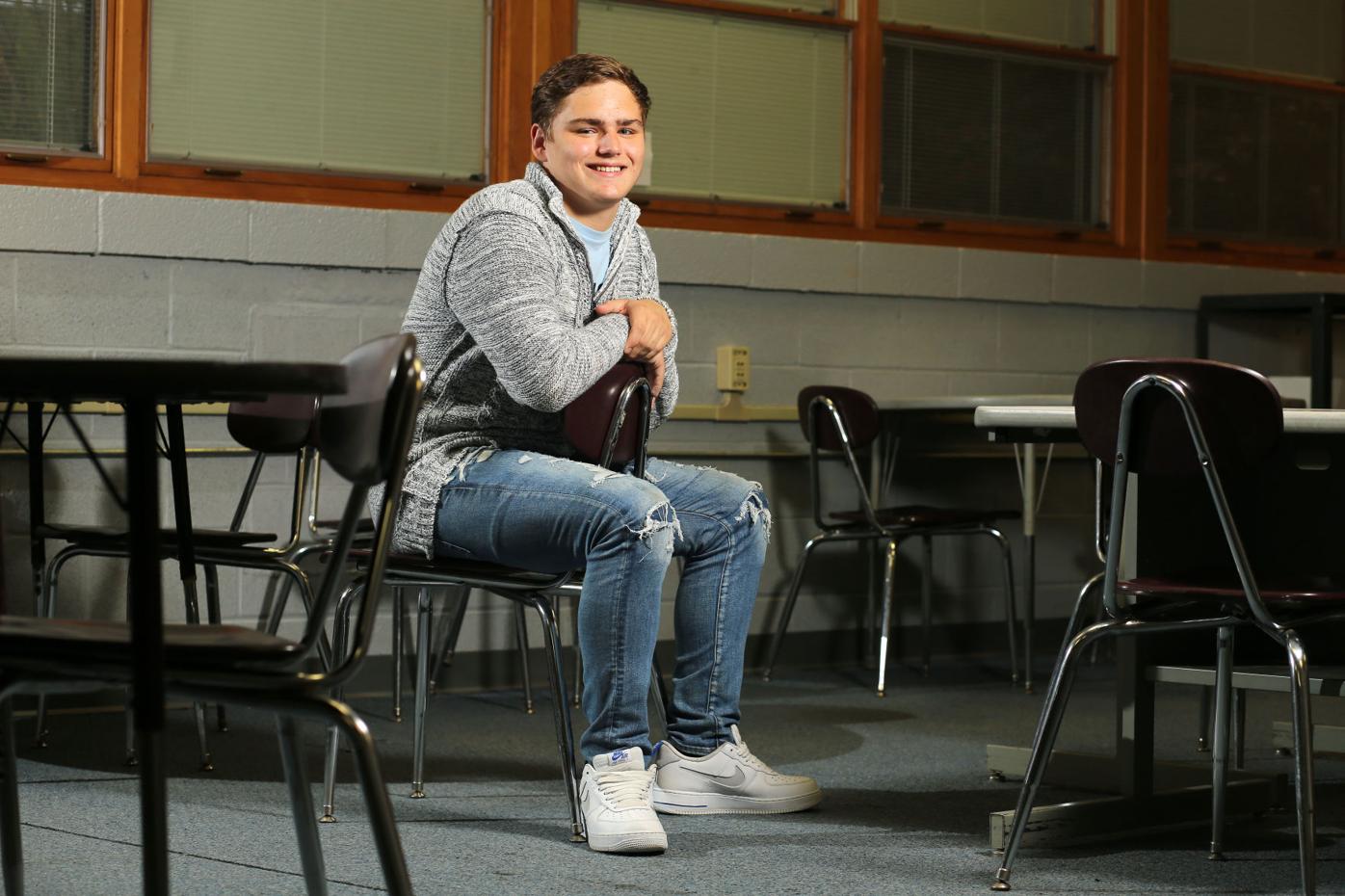 Mooreville High School sophomore Jay Rutherford came out on top of the first Dare to Diagnose medical diagnosis competition for high school students. The competition was hosted in October by UAB and Informing Future Doctors. 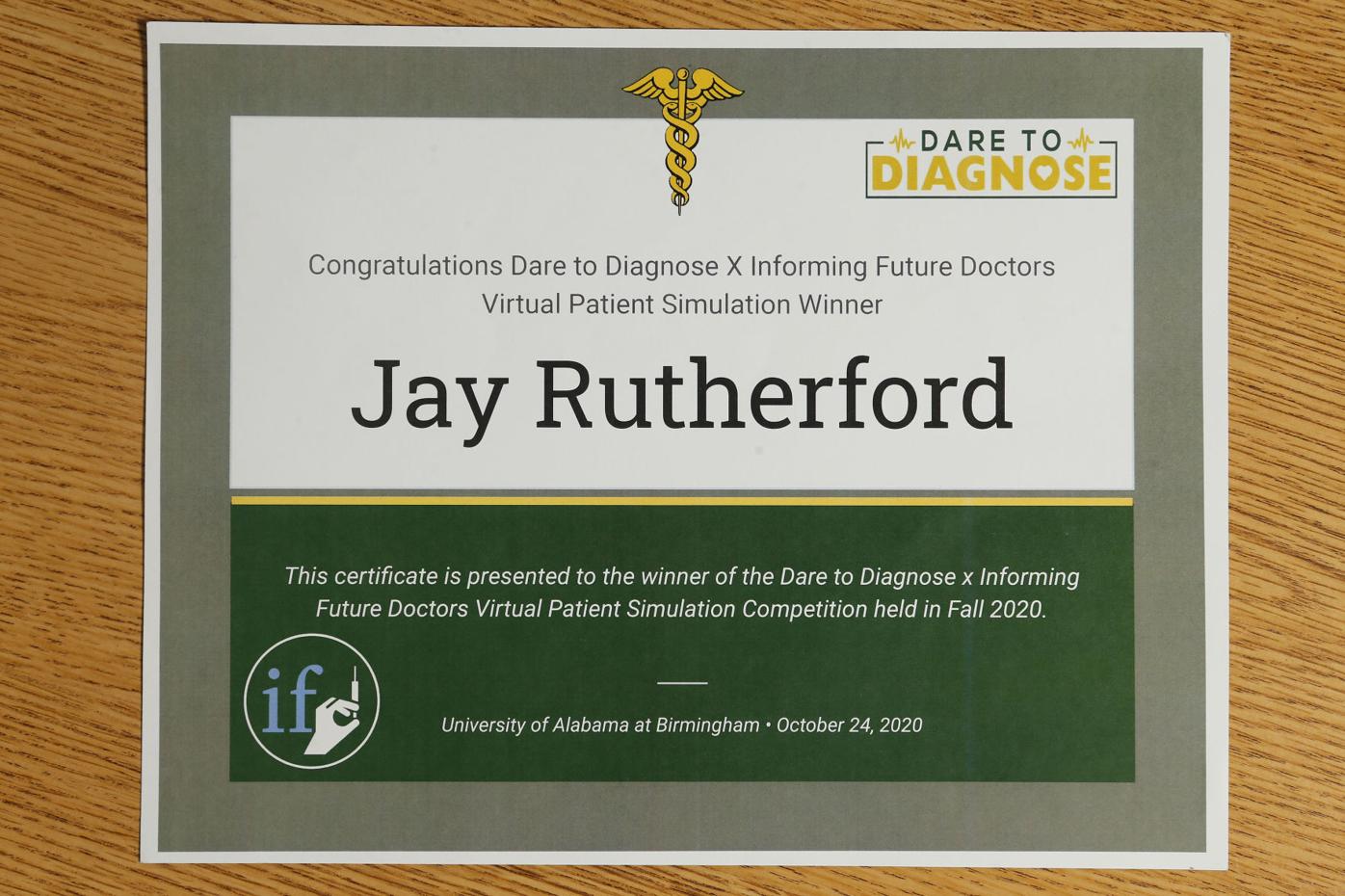 Rutherford’s victory over 21 other future doctors earned him a certificate and a feature on the Dare to Diagnose website. He plans to study oncology at UAB.

Mooreville High School sophomore Jay Rutherford came out on top of the first Dare to Diagnose medical diagnosis competition for high school students. The competition was hosted in October by UAB and Informing Future Doctors.

Rutherford’s victory over 21 other future doctors earned him a certificate and a feature on the Dare to Diagnose website. He plans to study oncology at UAB.

Out of 21 students who began the competition in mid-October, 16-year-old Jay Rutherford was among only five to persevere to the very end. When he came out on top, he received a certificate and was featured on the Dare to Diagnose website.

The competition was a partnership between the University of Alabama at Birmingham’s (UAB) Dare to Diagnose organization and Informing Future Doctors, an educational organization/mentorship program that seeks to provide information to rural high school students in the Southeast U.S. about pursuing a career in health care. The goal was to give high school students a virtual opportunity to see what being a pre-med, medical student, and doctor is really like.

Participants studied M.D. approved materials, watched an interactive case study for the first round and then acted as the doctor in a real-life patient actor encounter, similar to the USMLE Step 2 CS Exam that medical students take.

Competitors were tasked with “diagnosing” the patient actors by taking a patient history, asking questions about systems and ordering labs, all while practicing good bedside manner. They also had to answer patient questions with empathy and compassion, giving them a realistic experience.

Rutherford said the live patient actor Zoom call was the most challenging part for him.

“Say you were going to the doctor’s office and they’re going to ask you about family history and your past medical history,” Rutherford said. “I did all of that.”

In the moment, he forgot to ask the patient actor about eating habits and a few other questions, but only because he knew the study material so well that he had already determined the correct diagnosis.

The competition gave Rutherford insight into how rigorous the study process for prospective doctors is. He had just a week to study the material, which covered illnesses like Parkinson’s disease, Alzheimer’s disease, depression, diabetes and other conditions.

“It wasn’t easy,” Rutherford said. “I stayed up until midnight some nights just looking at (the study materials.)”

He had to carve out time in his schedule to prepare for the competition while balancing other schoolwork and extracurricular activities. He’s active in the high school band, where he’s the section leader for the front ensemble during marching season and plays French horn/mellophone during concert season. He’s also part of the Unified and Spanish clubs.

Rutherford said he didn’t expect to win while competing against 20 other students who want to become doctors, but “it felt really good.”

After graduating from high school, he plans to attend Itawamba Community College for two years and transfer to UAB where he hopes to enroll in the School of Medicine to study oncology.

She said that as a student, Rutherford is in tune with what matters, is very focused and is detail oriented.

“He’s really just a standup kid, and I’m glad to be his career coach,” Griggs said.

RIPLEY • Golden Crum Barkley turned 100 years old on Oct. 23. She’s lived through, and served during, World War II and has witnessed history u…