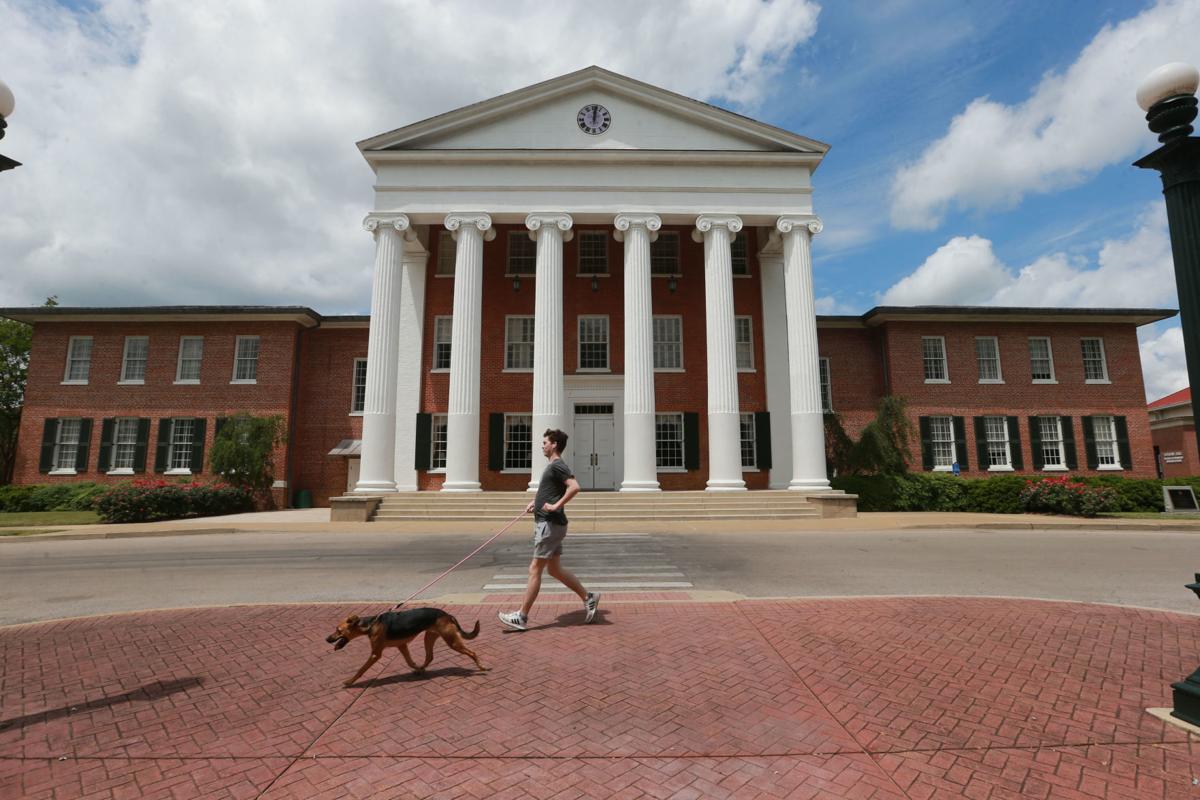 While the University of Mississippi has been closed because of COVID-19, some are taking full advantage of all the open space and enjoying a brisk walk around campus. 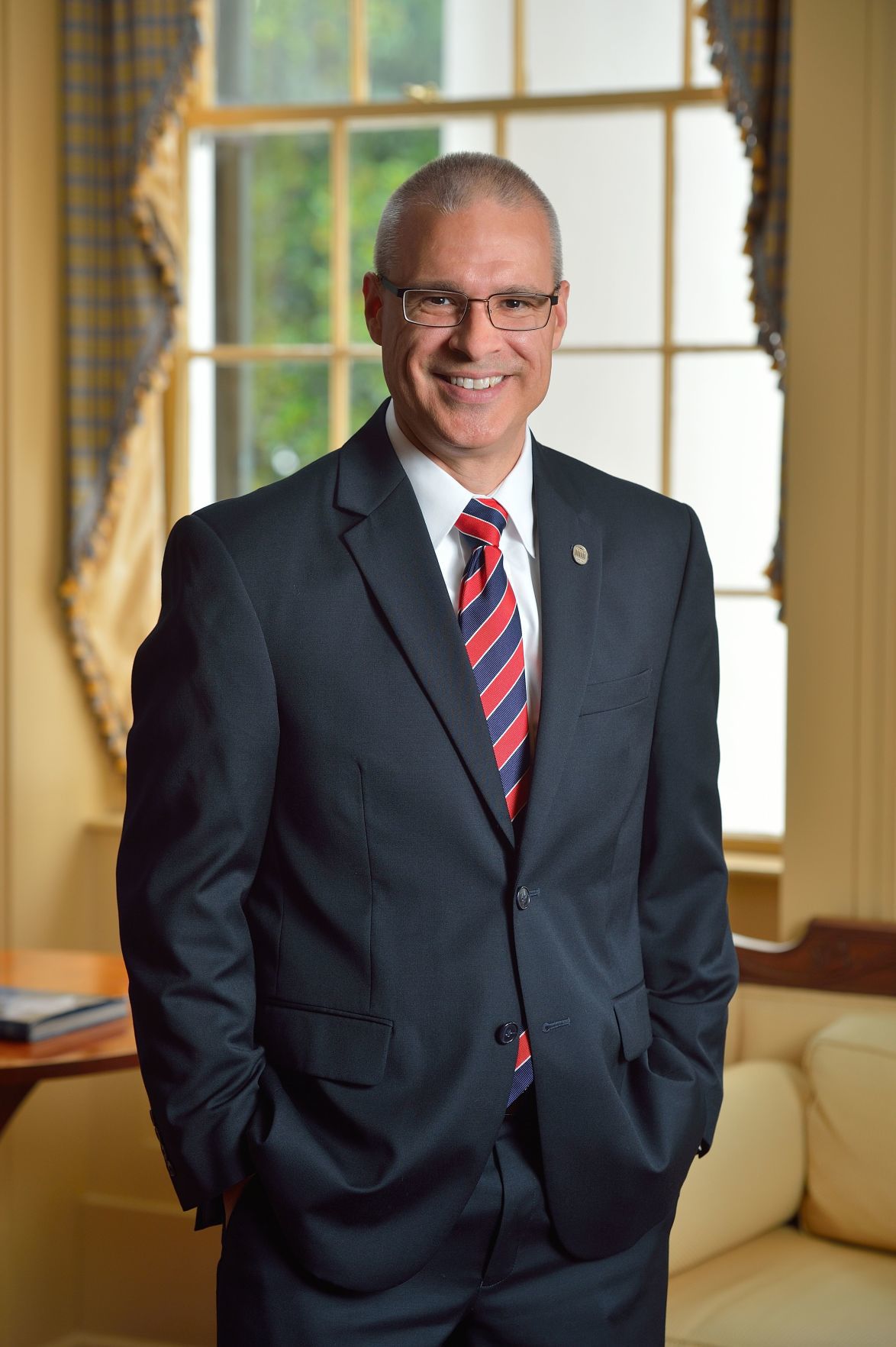 While the University of Mississippi has been closed because of COVID-19, some are taking full advantage of all the open space and enjoying a brisk walk around campus.

OXFORD • Oxford Mayor Robyn Tannehill announced at Tuesday night’s Board of Aldermen meeting that there have been 162 positive cases of COVID-19 since June 1 among University of Mississippi students, who are temporary residents with home addresses in other counties and states, that were not included in Lafayette County’s case total.

Tannehill said it’s the city of Oxford’s understanding that when positive cases among temporary residents are reported to the Mississippi State Department of Health (MSDH), they are counted in the person’s county of permanent residence rather than Lafayette County, Tannehill explained in a Facebook video posted Wednesday morning.

“So the student whose permanent address is Atlanta, but who is a current student at Ole Miss living in Oxford, tests positive then that in fact shows up as a positive case in Fulton County, Georgia,” Tannehill said. “We have expressed this concern at a state level but have not been provided a solution yet in state reporting.”

Liz Sharlot, director of communications for MSDH, said the agency will continue to work with Ole Miss to identify cases among students and faculty.

“We are working on this and will continue to track cases among the student body and will work with University Student Health,” Sharlot said. “We will also be working with local providers to enhance these reports. If providers identify clusters or potential outbreaks, they should report those to MSDH.”

The news of an increase in student COVID-19 cases at Ole Miss came just before a statewide spike on Wednesday with 489 new cases of the virus, 14 of which were in Lafayette County.

Lafayette’s temporary resident cases were uncovered when a nurse practitioner from a local urgent care clinic in Oxford reached out to Tannehill on June 11 and agreed to share numbers regarding students who are not permanent residents of Lafayette County but have been tested for COVID-19 and found to be positive. She reached out to three additional clinics that shared their testing information since June 1, “which is when we understand the cases among students began spiking,” Tannehill said.

Forms to report positive COVID-19 results received from people who aren’t full-time Lafayette residents were created and distributed to all local clinics beginning Wednesday. Tannehill said the city will continue to push for this type of reporting at the state level.

While the university’s fraternity and sorority houses are currently closed and no social events have been approved for this summer, the increase in COVID-19 cases appears to be related to at least one recent student gathering.

“We are aware of a social event that took place in the city and as soon as we heard about that event we gave a clear directive that all social and recruiting events are suspended for the summer in all cities for fraternities and sororities,” Wilkin said. “Our Office of Fraternity and Sorority Life took swift action to make it clear that all those events are not to be held and should not take place.”

Dr. Arthur Doctor, director of Fraternity & Sorority Life at the university, addressed social gatherings among fraternity and sorority members in an email sent to chapter presidents, recruitment chairs and advisors on Sunday night that was obtained by the Daily Journal.

“Over the past few days, I have been made aware of parties and other gatherings that have involved fraternity and sorority members from a number of chapters in the community,” Doctor wrote. “In fact, there were a number of positive COVID-19 cases as a result of these parties.”

He said Tannehill and Chancellor Glenn Boyce were “aware of these events” and “expressed extreme disappointment in the carelessness that has been demonstrated.”

In the email, Doctor asked fraternity and sorority leaders to urge their members to refrain from hosting or attending large gatherings that aren’t in accordance with CDC guidelines.

“In my message to fraternity presidents and advisors, I informed them that effectively immediately chapters may not host any recruitment events in Oxford or any other city and warned that any chapter (including groups of members) found to be hosting such events, would be subject to a one year social probation,” Doctor said.

Incidents like that can damage “the University’s confidence in students being able to safely return to campus and comply with public health guidance and expectations,” Doctor said, adding that it’s imperative to comply with City of Oxford and university guidance so the upcoming primary recruitment process won’t be jeopardized.

On April 29, Boyce committed to share an update on the future of the fall 2020 semester with the UM community by June 30.

“Our team has been working since March to develop plans for the fall,” Wilkin said. “There’s lots of guidance about the protocols that need to be put in place to prevent the spread of the virus and so we’re working hard to take those and translate those to our on-campus environment so they can be understood by everybody who have to implement them as things start to ramp back up on campus.”

Wilkin said campus administration is in close contact with MSDH, which has assisted in understanding the cases and contract tracing they’re doing when someone does test positive. The university is looking to create a team to help them and facilitate that process if the university does see an increase in cases, Wilkin said.

“COVID-19 has certainly thrown us challenges that we’ve never faced before and as a result of that it’s taken us working together, communicating with each other and trying to figure out how to get the information that not only helps us to understand what’s happening in our campus and in our town but also to help us plan for what actions need to be taken,” Wilkin said.

BOONEVILLE • Northeast Mississippi Community College’s Board of Trustees set the start date for the upcoming Fall 2020 semester for Aug. 3 at …

POLL: With the spike in COVID-19 cases over the last two weeks and Tupelo's masking order, have you begun wearing a mask if you did not previously?