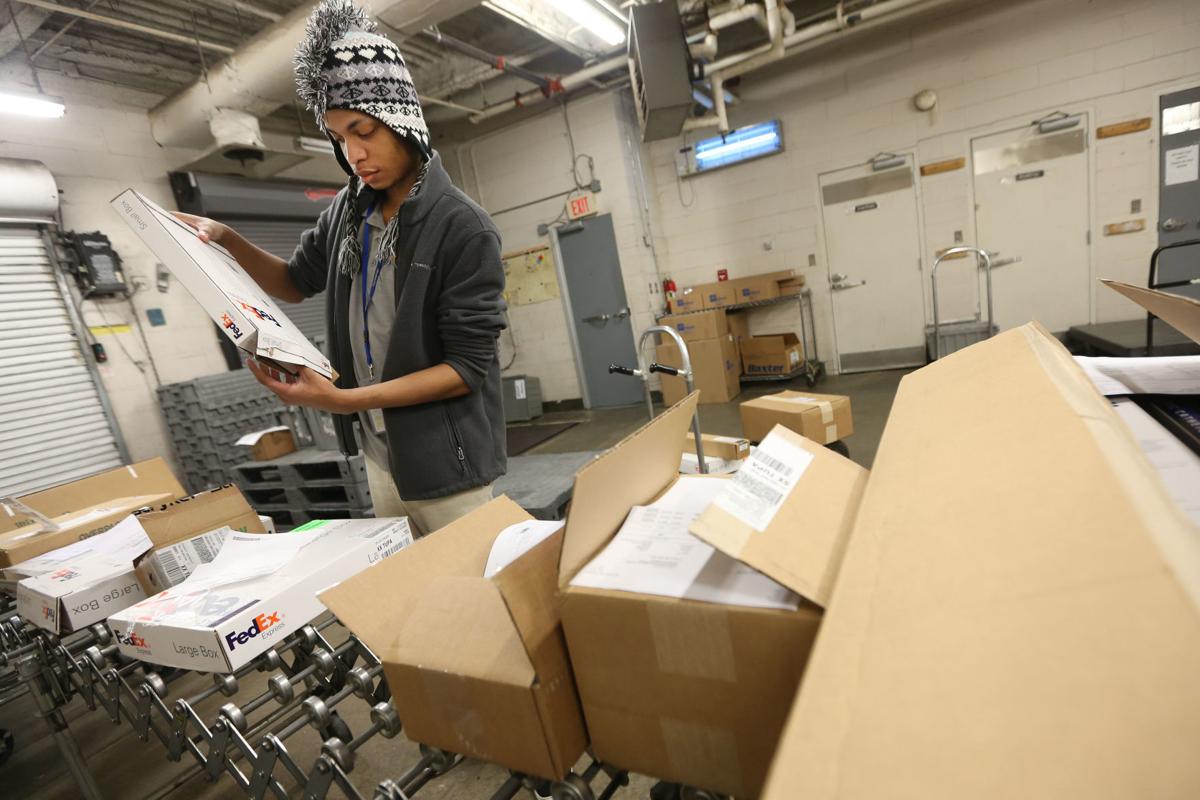 Mikel Mallard, a Tupelo special education student, processes packages as he works in the distribution and receiving area at the North Mississippi Medical Center as part of the Project SEARCH student internships. 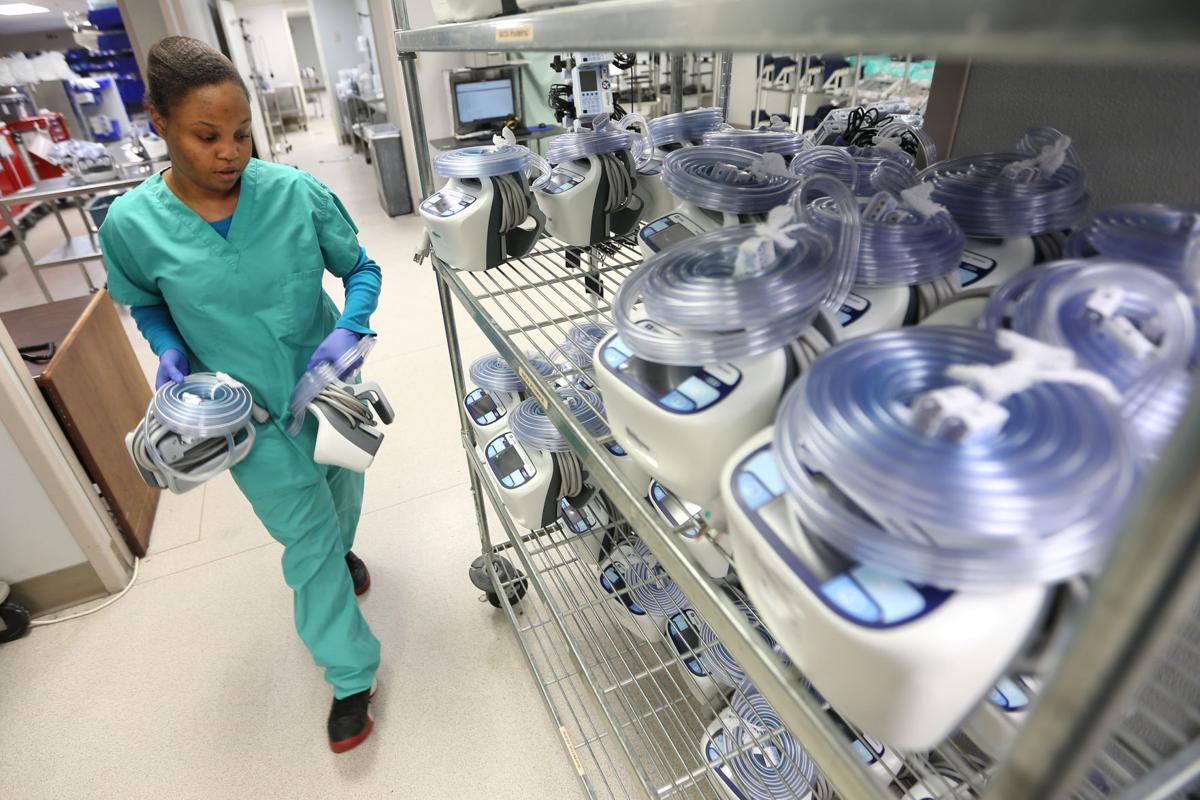 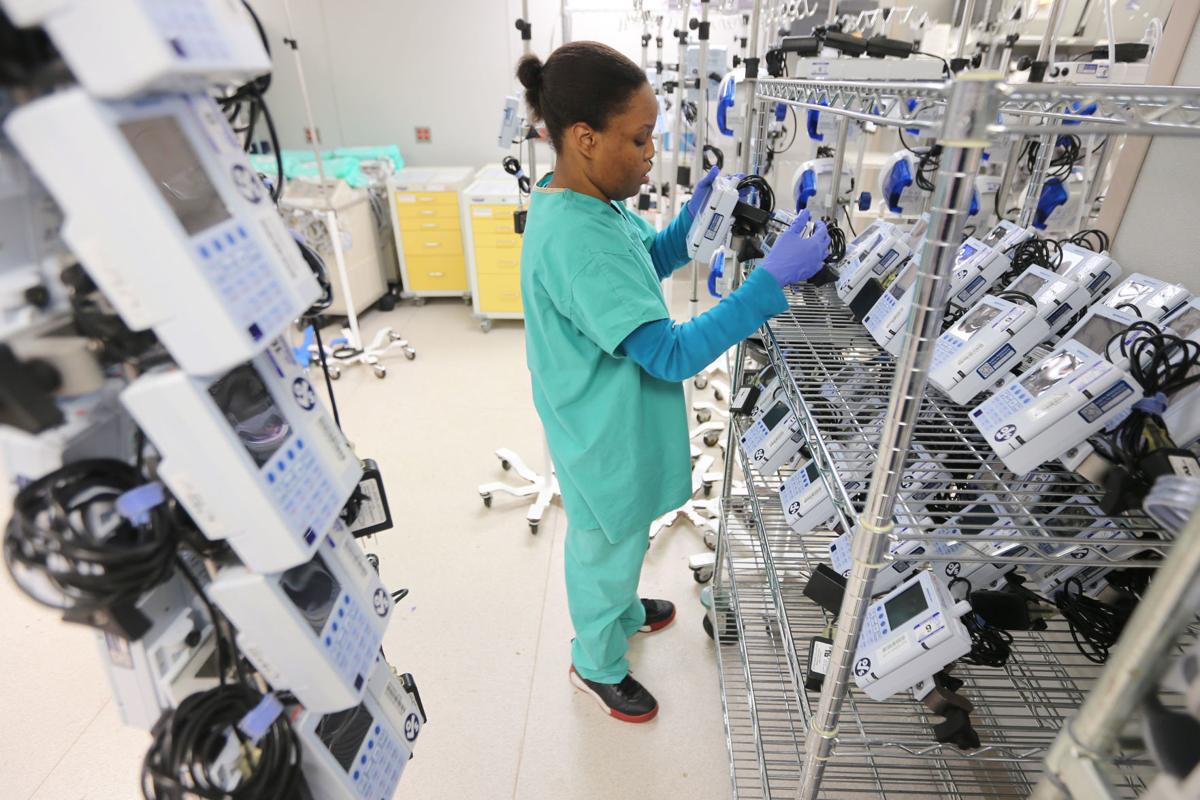 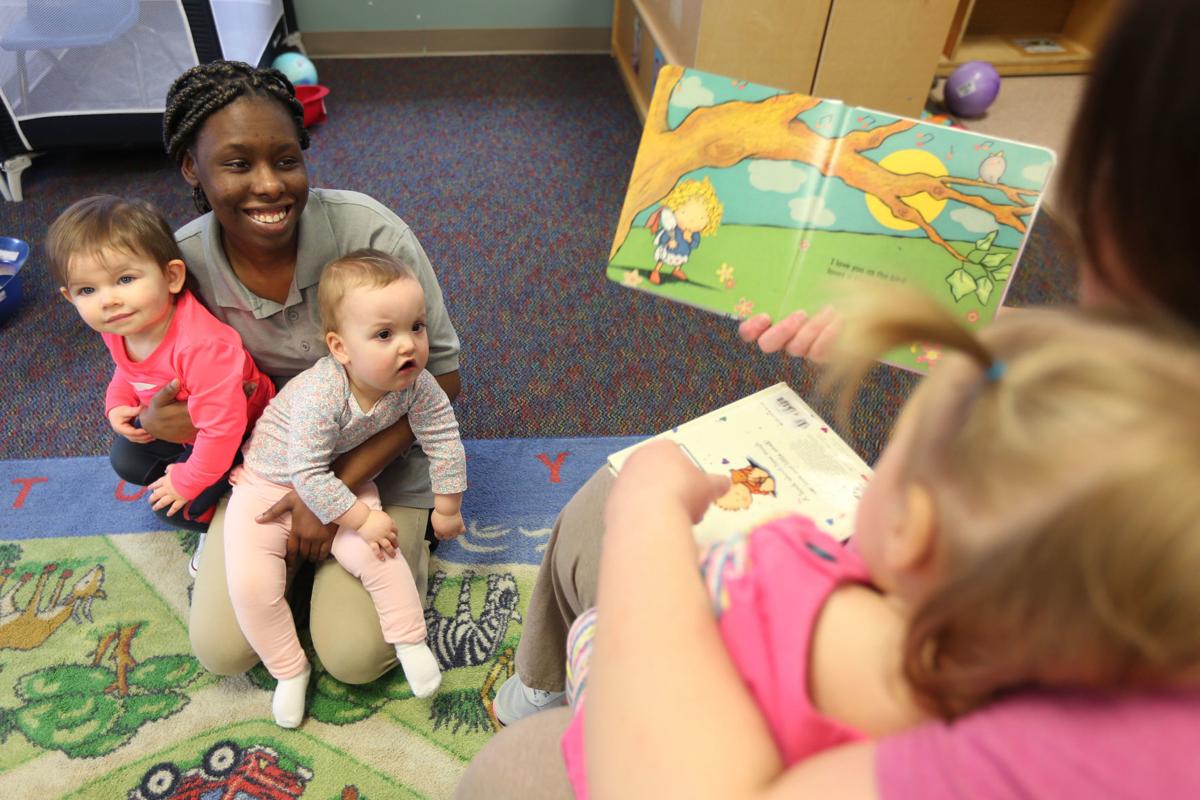 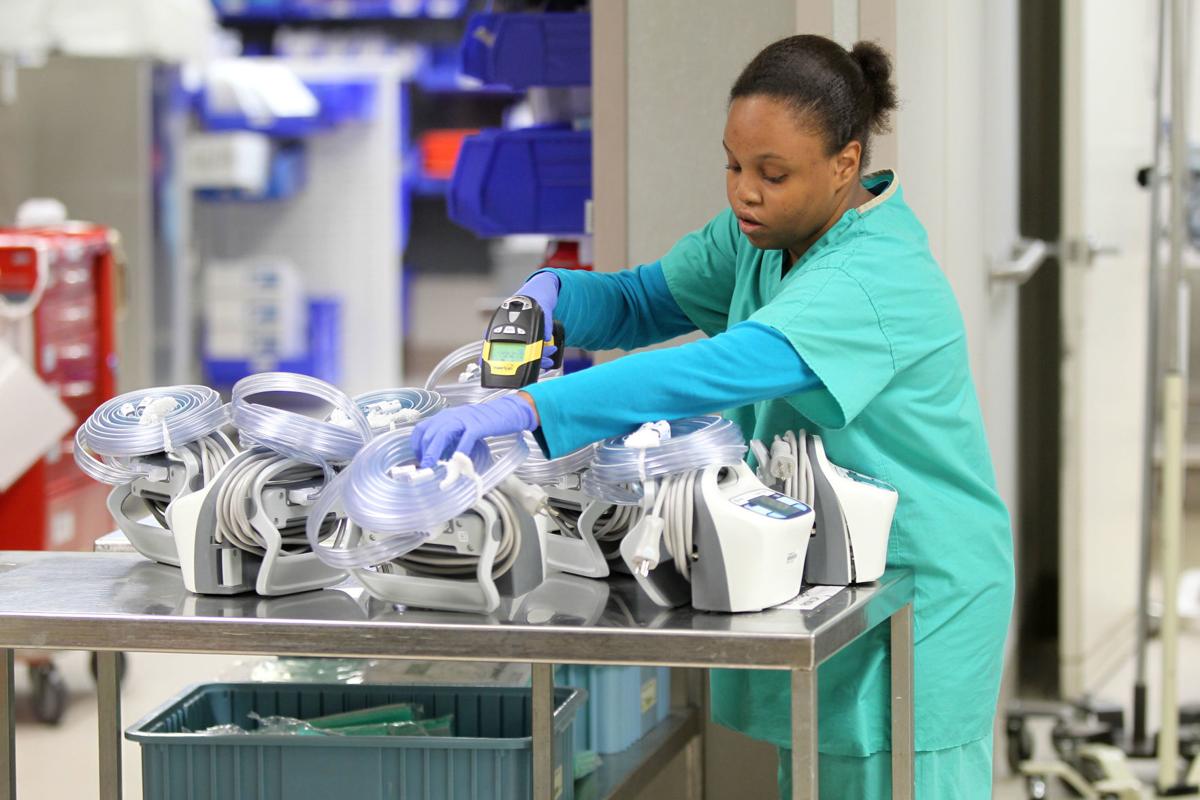 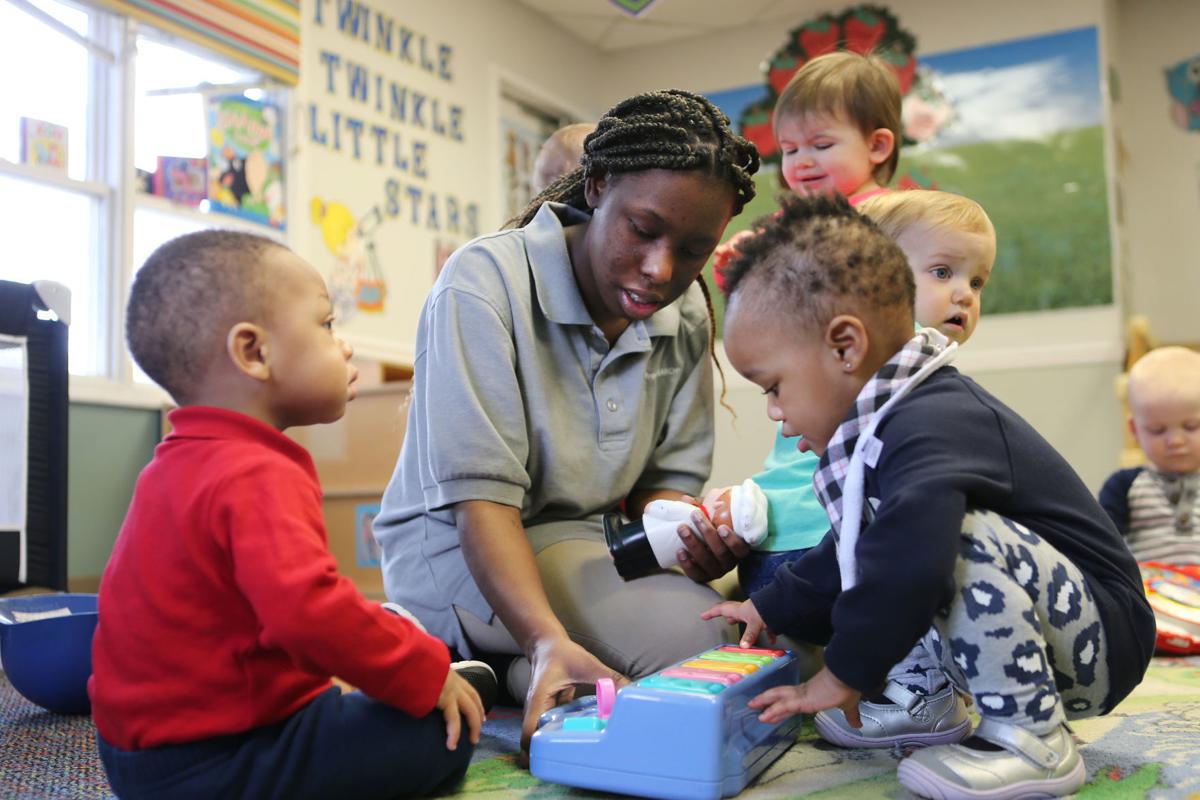 Mikel Mallard, a Tupelo special education student, processes packages as he works in the distribution and receiving area at the North Mississippi Medical Center as part of the Project SEARCH student internships.

TUPELO • Eight special education students from Tupelo High School walked into the North Mississippi Medical Center in August, eyes fixed to the floor as they were led to a classroom on the second level.

The majority of these students had never held a job before, had never been given the chance to have a job.

Now, they traverse the hospital with ease, greeting friends made over the past seven months while learning to navigate both the massive facility and the difficult yet rewarding roles they hold within it.

They’ve successfully completed two internships and are now on to the third, determined to secure full-time employment after graduation in May.

A partnership between Tupelo High School, the Mississippi Department of Rehabilitation Services and North Mississippi Medical Center is changing the lives of these high school students with disabilities by preparing them for competitive employment.

Project SEARCH is a nationwide transition-to-work program for special education students, who must be between the ages of 18 and 20 at the beginning of the school year. The program began at the Cincinnati Children’s Hospital in 1996 and launched in Tupelo in August 2019.

Susan Dudley, Tupelo’s Project SEARCH instructor and special education teacher of 37 years, said the program has turned out “better than I ever thought it would.” She has seen the students grow and mature as they learn how to be employees.

At the beginning of the school year, the students had three weeks of orientation covering workplace safety, team building and hospital navigation. Each student completes three 10-week internship rotations during the year-long program to gain experience in different roles.

Dudley said the goal is to have the students using public transportation or some form of transportation within their family to get to and from their internships before May.

The Daily Journal spoke with three student interns during their second rotation.

Mikel Mallard worked in the supply, processing & distribution receiving department during his second internship and helped unload boxes from delivery trucks, sort them and get them to the correct departments.

Logistics supervisor Wayne Easterling said Mallard was a big help to the staff in his department.

“Mikel has done a great job,” Easterling said. “He has shown up and been willing to learn and picked up on everything really quickly.”

Dudley said she’s seen major changes in the students’ social skills, including their willingness to talk to others and ask for help when they need it. They’ve all learned about time management and developed a work ethic.

She said Project SEARCH is one of the best things that’s ever happened for these students.

“In the past, this population of students, once they leave high school they don’t have anything to do,” Dudley said. “They go home and sit. And we’re trying to break that cycle so they can have something to do and be part of our community.”

She cleaned used leg compression pumps and IV poles and scanned them into the computer system to put them back into circulation.

Coleman also worked alongside logistics tech Felicia Garmon to pull soiled linens from each floor and deliver them to the loading dock to be picked up for cleaning. Garmon said working with Coleman has “been amazing.”

“She’s very determined,” Garmon said. “She’s a hard worker and she does good. (She is) willing to learn different jobs, so it’s been a pleasure working with her.”

Cora Polson, NMMC student experience navigator and Project SEARCH liaison, identified internship locations and worked with managers to find spots for each of the students.

“It’s been really incredible to see how much they’ve immersed in our culture and also how the employees have just accepted them in and made them a part of NMMC,” Polson said.

She worked with 1-year-olds at the childcare center in a variety of roles – serving breakfast and lunch to the children, preparing bottles of milk, changing diapers, putting the children down for naps.

Many of these are skills Cook had already learned by helping take care of her younger cousins, but during this internship she’s learned how to care for children that aren’t family.

She said she enjoys playing and working with kids, and would recommend Project SEARCH to other students.

Gloria Jarrell is the sign language interpreter for Project SEARCH students like Cook who use American Sign Language as their primary form of communication. Jarrell has worked with Cook since she was in second grade.

Jarrell said these internships are just as much about personal growth as they are learning employment skills.

She said J’riel Long, who has completed internships in the biomedical and facility operations departments, hardly spoke to anyone and now “he’s high-fiving ‘em down the hallway.”

“Society just walked right past you,” Jarrell said of the Project SEARCH students. “Well, they don’t do that no more. They see our kids, they know our kids and they’re like ‘These guys are awesome.’”

She hopes to see the program continue to grow in Tupelo in the coming years.

MOOREVILLE • Mooreville Elementary School has a new therapy dog to serve the students on campus.

How these companies are enabling voter participation