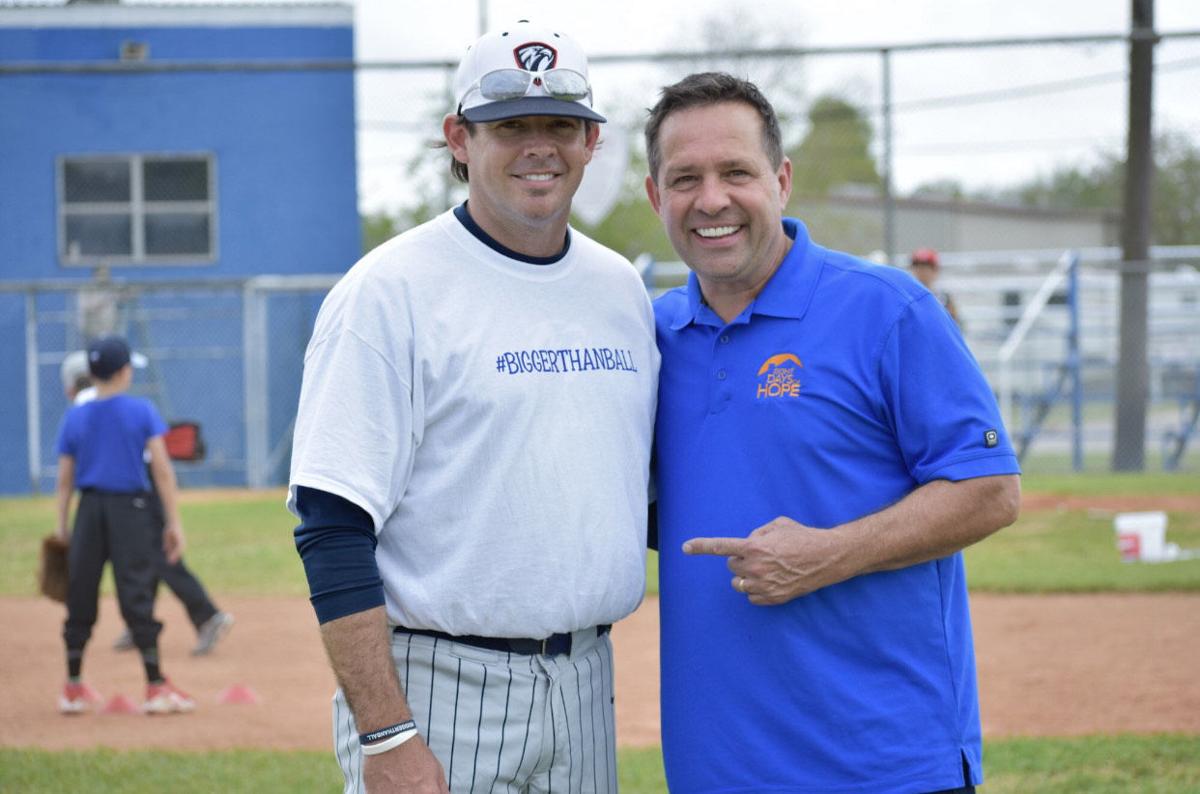 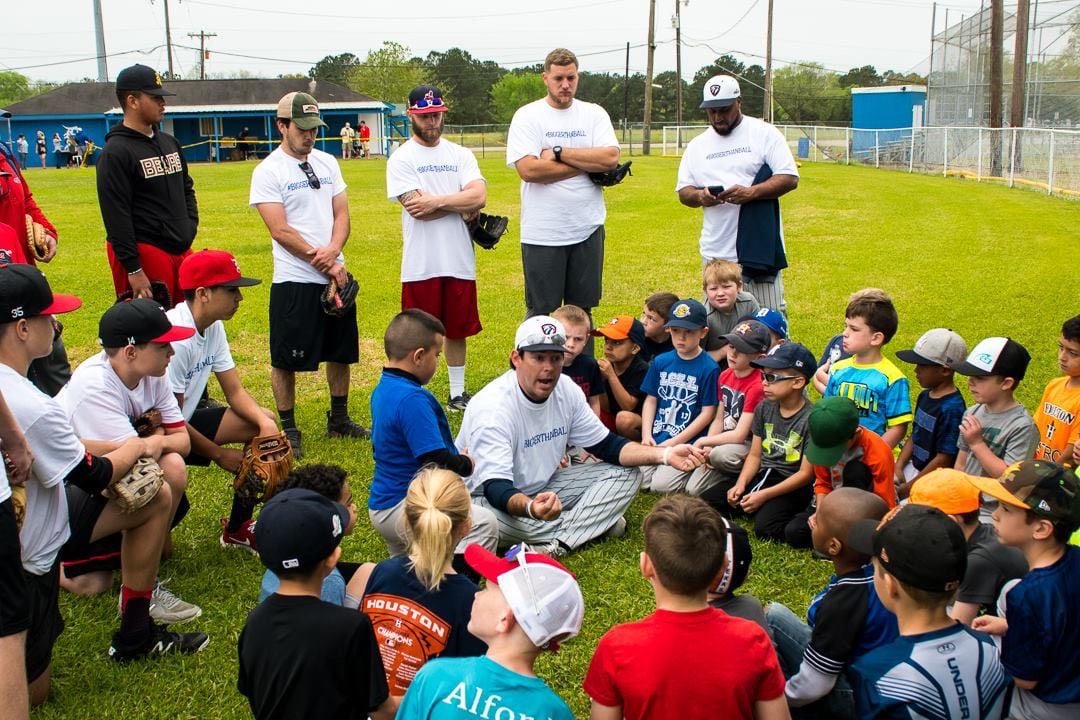 Bigger Than Ball Foundation will be hosting free sports camps for kids who have been impacted by natural disasters on every Eight Days of Hope rebuilding event. 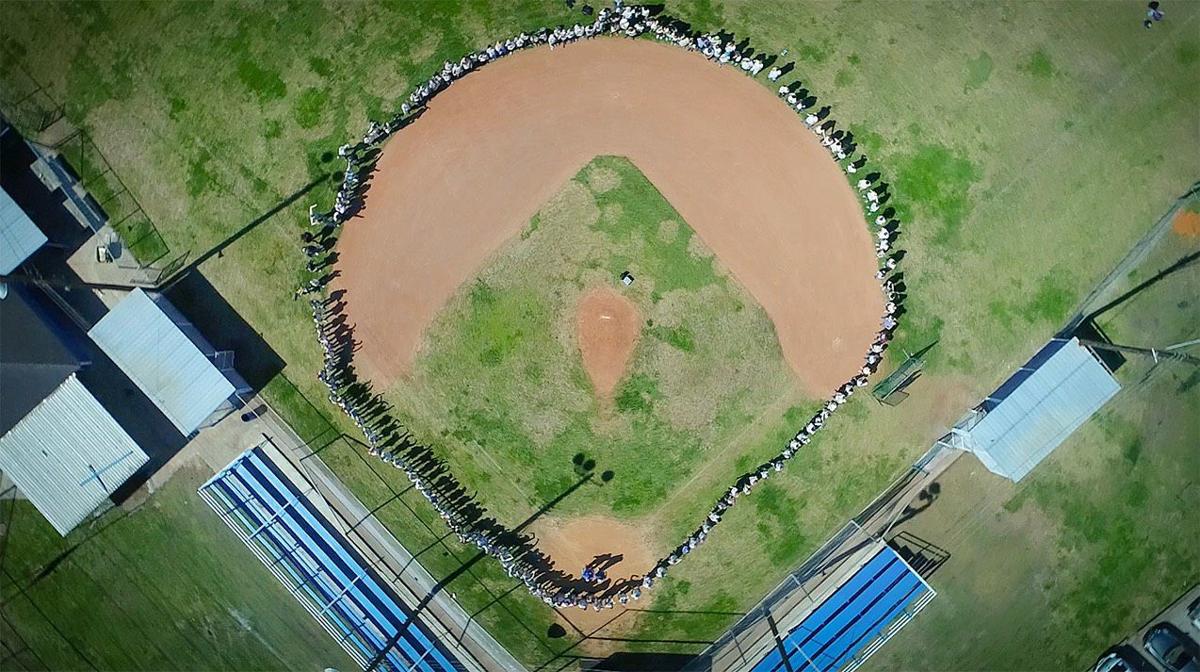 Bigger Than Ball Foundation will be hosting free sports camps for kids who have been impacted by natural disasters on every Eight Days of Hope rebuilding event.

TUPELO • Two faith-based organizations will be furthering their work together to assist communities impacted by natural disasters.

Eight Days of Hope (EDOH) announced the new partnership with nonprofit Bigger Than Ball Foundation (BTBF), a nonprofit that ministers to coaches and athletes and encourages them to leave a long lasting impact outside of sports, on Thursday at EDOH national headquarters.

“Being a faith-based ministry, as is Bigger Than Ball, we believe there’s something bigger in life than just living day to day,” said Stephen Tybor III, EDOH President and CEO.

BTBF will be hosting free sports camps for kids who have been impacted by natural disasters on every EDOH rebuilding event. During each rebuild, families will be invited to go to a camp hosted by Bigger Than Ball. Prior to the camp, BTBF will work with coaches and teams from around the country to encourage them to give back either by donating equipment, money or time by assisting with the clinic itself.

The goal is to create a “network of athletes, coaches, and sports fans who can use their gifts to serve those that have walked through unimaginable loss,” according to a press release.

EDOH has been able to travel across the country and assist more than 6,000 people for free. The organization has two arms with disaster response: rapid response after a natural disaster, and a rebuilding trip for eight days that usually occurs six to nine months after an initial disaster.

It was during a Hurricane Harvey response effort in Houston that the idea for the partnership was born. While EDOH was helping rebuild and repair baseball fields owned by Little League families, BTBF founder and president Will Lowrey, alongside 15 to 20 coaches and the Houston Astros, hosted a free baseball camp and tournament for several days for more than 200 kids in Dickerson, Texas.

“We had a chance to partner up with Eight Days of Hope in Houston, Texas, after the hurricane came through there, and what an impact it made on us. God really opened our eyes to the opportunities to partner with them,” Lowrey said. “All that Eight Days of Hope is doing, we really feel like we can open that to the sports world at all levels, all sports, across the nation.”

He said he was driven by a desire to share the love of Christ and love of our neighbors with those impacted. Children received uniforms, gloves and balls, but most importantly, they were distracted from the chaos of Hurricane Harvey. Lowrey initially wrestled with the idea that the free clinic was not enough, but changed his mind when he saw its impact.

“What it did for those young kids is take their mind off their circumstance, and I don’t know if they were blessed as much as I was. I walked away thinking the Holy Spirit was amongst us when we were doing that,” Lowrey said.

Lowrey said he knows the impact will be beyond what they can even imagine and sees it as an opportunity for coaches and athletes to help be a part of impacted families’ lives. Tybor said he has seen firsthand not only the impact on the families they serve, but on the volunteers who travel to serve.

“They may leave there exhausted, but their hearts are always full. We believe that’s going to happen with Bigger Than Ball as well. Coaches who have never been to a disaster are going to get a chance to use their gifts to bless these young kids. They’re going to go home changed forever, and where it goes from there, only God knows,” Tybor said.

BTBF currently has month memberships of $1 for students/athletes, $5 for athletic directors, coaches and sports fans, $10 for teams and $25 for businesses and churches. Annual memberships are also available. Lowrey said BTBF will commit 100 percent of the funds raised in this membership to EDOH. More information can be found at https://www.biggerthanball.com/.

A promotional video can be found on EDOH’s social media, and people are encouraged to volunteer or visit https://eightdaysofhope.com/ for more information.