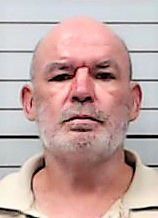 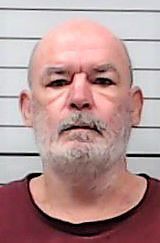 TUPELO • A Mooreville man is being held without bond in the Lee County Jail. He is not charged with murder, rape or bank robbery.

Since March 2016, Yoe has been arrested for driving under the influence eight times. In a five-month span this spring and summer, he was arrested four times and charged with felony DUI. Yet he remained free until Circuit Court Judge Paul Funderburk ordered him held without bond on Aug. 15.

The case shines a light on the problems with the state DUI law, potential loopholes in the legal system and misconceptions held by the public.

Under state law, a third DUI within a five-year period is considered a felony, punishable by up to five years in prison.

“Just because someone is arrested three times for DUI, it is not automatically a felony,” said District Attorney John Weddle. “They have to be convicted of three DUIs within five years for it to be a felony. I have seen situations in the past where someone could have six or seven DUIs but they were spaced out and never became a felony.”

Yoe was first arrested for DUI in March 2016. He pleaded guilty in Tupelo Municipal Court the next day. He was next arrested in September 2016 and convicted of DUI second offense two months later. In early December 2016, he was arrested again and charged with DUI third offense.

Nearly two years later, that case has yet to go to trial. In fact, Yoe was not indicted until February 2018. His additional DUI arrests earlier this year helped convince the court he should be held without bond.

Plead quick or plead down

Offenders and their lawyers can take advantage of the lower court system to avoid a DUI – second offense charge, which can carry up to six months in jail and a higher fine. Misdemeanor DUI cases are heard in city courts and justice court. If prior convictions have not been filed and shared with other courts, a repeat offender might not face the enhanced sentencing.

Weddle cited the example of someone with a DUI conviction in city court being arrested in the county – or in a different part of the state – for drunk driving.

“That happens a lot. The law puts the burden on the officer to find any prior DUI convictions. People say just look on the NCIC (National Crime Information Center) but the information there is not always complete.”

Another outlet for offenders charged with DUI – second is to plead down.

“You can plead to DUI – first all day long,” said Lee County Sheriff Jim Johnson. “It’s a loophole and it’s frustrating. Instead of being charged with a second offense, it only shows it as a first offense.”

It is a commonly held misconception that by pleading down, it resets the clock and allows a driver to have three or more convictions for DUI – first and never face a felony and prison time.

But that is not the case. According to the district attorney, pleading down only lowers the sentence and the fine. It does not reset the clock.

“We are not advocating pleading down but I do understand it,” Weddle said. “By agreeing to a lower fine and lesser sentence, the court can get a conviction and avoid the time and expense of a trial.

“But all convictions are counted toward a felony. If you have two DUI – first convictions, you can be indicted for a felony the next time you are arrested.”

Even after a conviction, a person can delay the fines and jail time by simply appealing the case. The appeal puts the conviction in legal limbo. It cannot be used to count toward a felony DUI until the appeal is resolved. And the appeals could take three years or more to be heard.

“One problem we deal with is the number of DUI cases that are appealed to county court and are never tried,” Weddle said. “They go there and fade away.”

In Lee County, those appeals go to County Court. For the other 15 counties in the Daily Journal coverage area, DUI appeals go straight to circuit court.

But Lee County Court Judge Charlie Brett said the delays are caused by a backlog of cases, as well as attorneys intentionally slowing down the process. In addition to criminal cases, Brett handles youth court and civil cases up to $200,000.

“I usually set aside one day a month to handle criminal cases,” Brett said. “It’s not enough time, but it’s all I can give. I am hoping when we get two judges, they will be able to get to more cases and get rid of the backlog.”

When a criminal case is appealed to county court, the lower court ruling and transcript are not considered. The prosecution and defense call witnesses and present evidence just as they did in the first trial which can take time.

“It’s a whole new trial,” Brett said. “They have to prove the case beyond a reasonable doubt.”

And because you are dealing with an older case, there are often delays. Attorneys might have conflicts and ask for continuances. The court also runs into the problem of arresting officers working for different agencies when the appeal rolls around, causing additional delays.

According to Brett, the problem has been around for years – and not just in county court.

“There is an old saying, a continuance is just as good as an acquittal, it just doesn’t last as long,” Brett said. “Before we had a county court, people used to say that circuit court is where (DUI appeals) went to die.”

According to circuit court documents, Yoe’s drinking and driving history stretches back at least two decades. While living on the Gulf Coast, he was arrested in May 1999 and charged with DUI – third offense by the Bay St. Louis Police Department. The document did not say if he was convicted.

Since January 2006, Yoe has been arrested and booked into the Lee County Jail at least 18 times. Eight of those times, he was charged with DUI. Another five arrests were also alcohol related, either public intoxication or open container. The other arrests included domestic violence, trespassing and driving with a suspended license.

The first DUI arrest was in March 2016, followed in short order by additional drunk driving arrests in May, September and December. It was the Dec. 5, 2016 incident that brought the first DUI – third offense charge. The head-on collision also prompted a DUI – maiming charge. Delays in getting the medical records for the maiming charge prevented the District Attorney’s Office from presenting the case to a grand jury in 2017.

When the case was finally presented to the grand jury in February, they handed down an indictment for felony DUI.

But Yoe remained free on bond. In the months following the indictment, Yoe was arrested for DUI in March, May, July and August.

“His bond should have been revoked for some time,” Weddle said. “He was indicted in February. When he didn’t show up for his April court date (to be arraigned), there should have been a warrant issued.

“It begs the question, why wasn’t there a warrant to pick this guy up before now?”

Because of the current charge and the pending charges, Yoe’s future looks bleak. A DUI – third conviction carries up to 5 years in prison and up to a $5,000 fine.

After a conviction for DUI – third, state law drops the requirement that the offenses had to occur within a five-year period. Fourth and subsequent convictions carry at least 2 years and up to 10 years in the state penitentiary as well as a minimum fine of $3,000 that could go as high as $10,000 per charge.

Raju: This could complicate a lame-duck session even further

Toobin: The Supreme Court is not paralyzed by a vacancy

Cuomo: Why are you surprised Graham would eat his words?