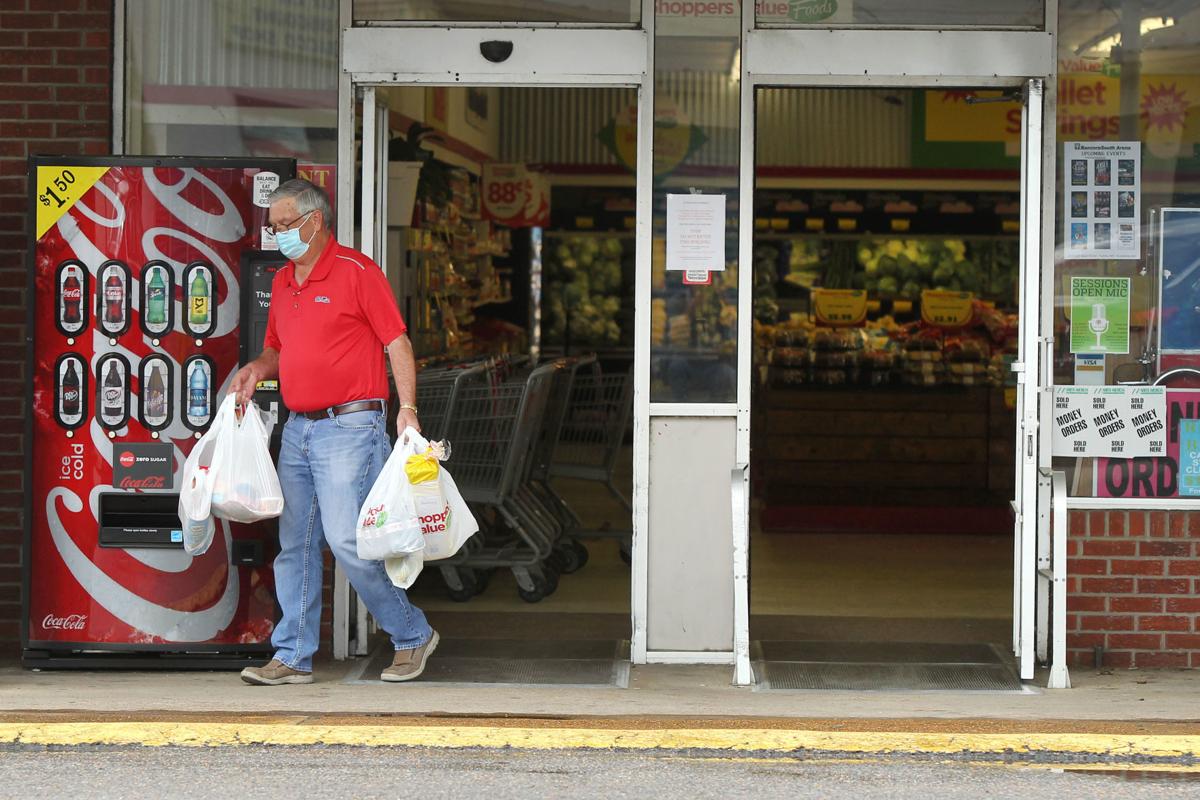 A customer walks out of Palmer’s Shoppers Value Foods while wearing his mask in Tupelo on Tuesday morning. 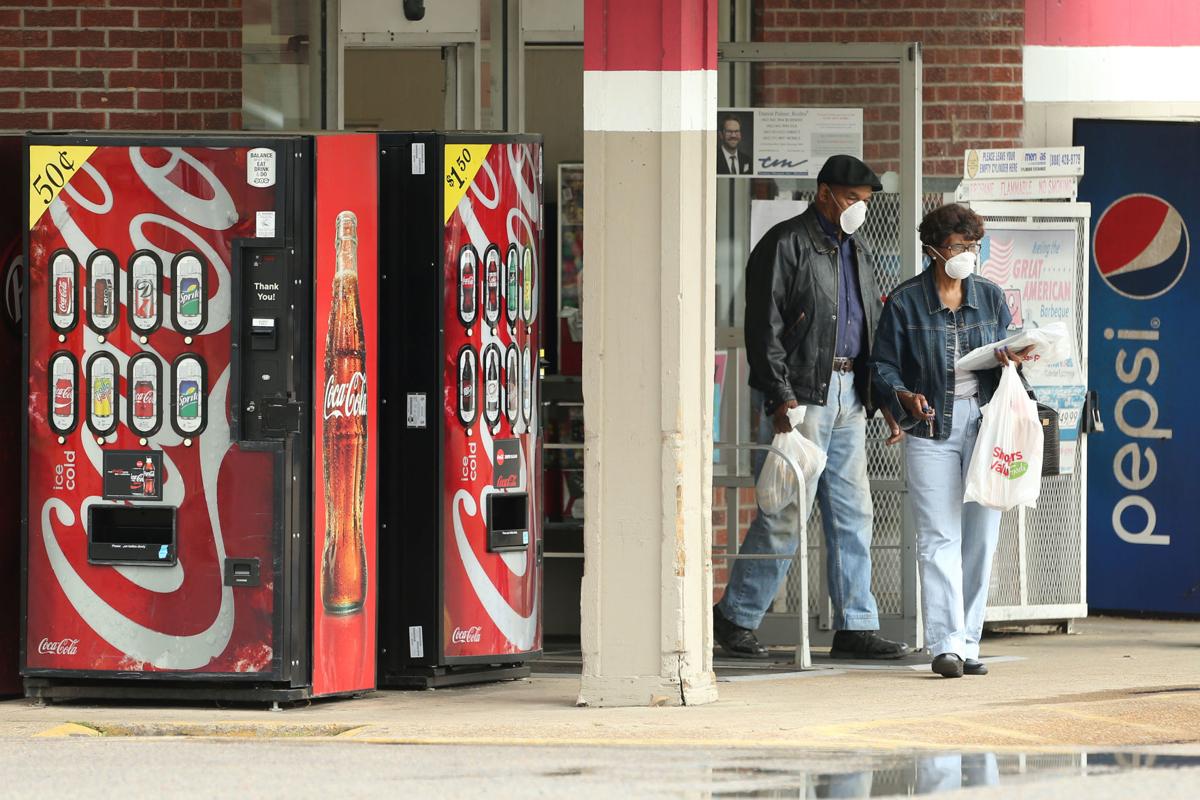 An area couple walks out of Palmer’s Shoppers Value Foods in Tupelo after shopping for groceries while wearing their masks on Tuesday morning.

A customer walks out of Palmer’s Shoppers Value Foods while wearing his mask in Tupelo on Tuesday morning.

An area couple walks out of Palmer’s Shoppers Value Foods in Tupelo after shopping for groceries while wearing their masks on Tuesday morning.

TUPELO • The largest college towns in north Mississippi are relying on masking requirements as they steer into the prospect of easing open increased economic activity amid the ongoing threat posed by COVID-19.

Gov. Tate Reeves allowed some previously closed businesses to re-open this week and municipal leaders in Oxford and Starkville have levied or expanded rules requiring the use of face coverings by workers and patrons conducting commerce in those cities.

In a special Board of Aldermen meeting Tuesday afternoon, Oxford Mayor Robyn Tannehill emphasized the value she sees from widespread masking.

“The city obviously has been in very constant consultation with our local medical professionals who tell us that wearing a face covering in the public is one of the most important things, if not the single most important thing, to protect public health and safety,” Tannehill said.

Tupelo, the largest city in Northeast Mississippi, has not imposed any kind of masking requirement. Mayor Jason Shelton said his administration has internally deliberated such an order.

However, questions about the feasibility of widespread compliance have given City Hall leaders pause.

“We have a few concerns for the ability of everyone to comply,” Shelton said.

However, Shelton said masking in Tupelo is “something that is certainly on the table.” He continues to monitor actions taken in Oxford and Starkville.

In Starkville, all businesses open to the public must require employees and all customers over the age of 6 to wear face coverings. This order is in force through May 11. The order requires that businesses not allow patrons to enter without a face covering.

A curfew also remains in force in Starkville from 10 p.m. until 5 a.m.

Similarly, Oxford requires that all employees of open business wear face coverings, and all individuals over the age of six entering the premises must do likewise.

Masks will be distributed via drive-thru pickup at Oxford High School on Friday, from 8 a.m. until 10 a.m. and again from 5 p.m. until 7 p.m.

The masks distributed will be cloth face coverings. Surgical masks or N95 masks are not required by any local governments in the region.

Asian countries have long used widespread public masking to combat the spread of infectious diseases, even as Western nations have typically avoided the tactic.

As COVID-19 began to spread in the United States, the Centers for Disease Control explicitly recommended against the widespread use of face coverings in the country.

These recommendations were driven, at least in part, by fears of widespread demand for surgical masks and N95 masks needed by healthcare providers.

The CDC guidelines on masking changed, however, as attention increasingly shifted to the role played in the spread of COVID-19 by those infected with the disease without showing any symptoms.

In short, widespread masking is intended to prevent infected individuals from spreading the disease, rather than to prevent those who are not infected from contracting COVID-19.