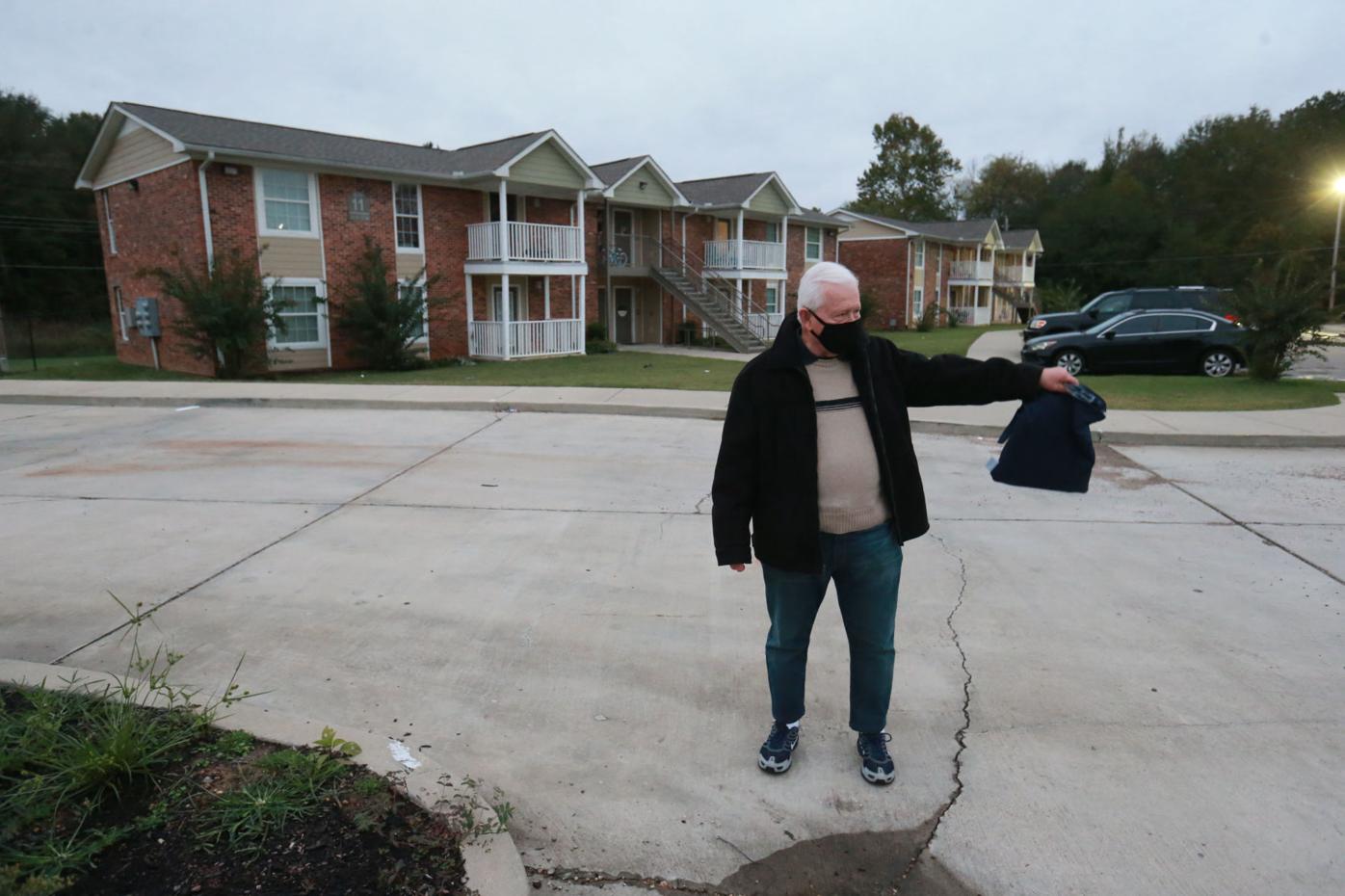 Ted Clem volunteered for a get out the vote organization in Lee County ahead of the presidential election in November before serving as a poll watcher, likely contracting COVID-19 on or just after Election Day. 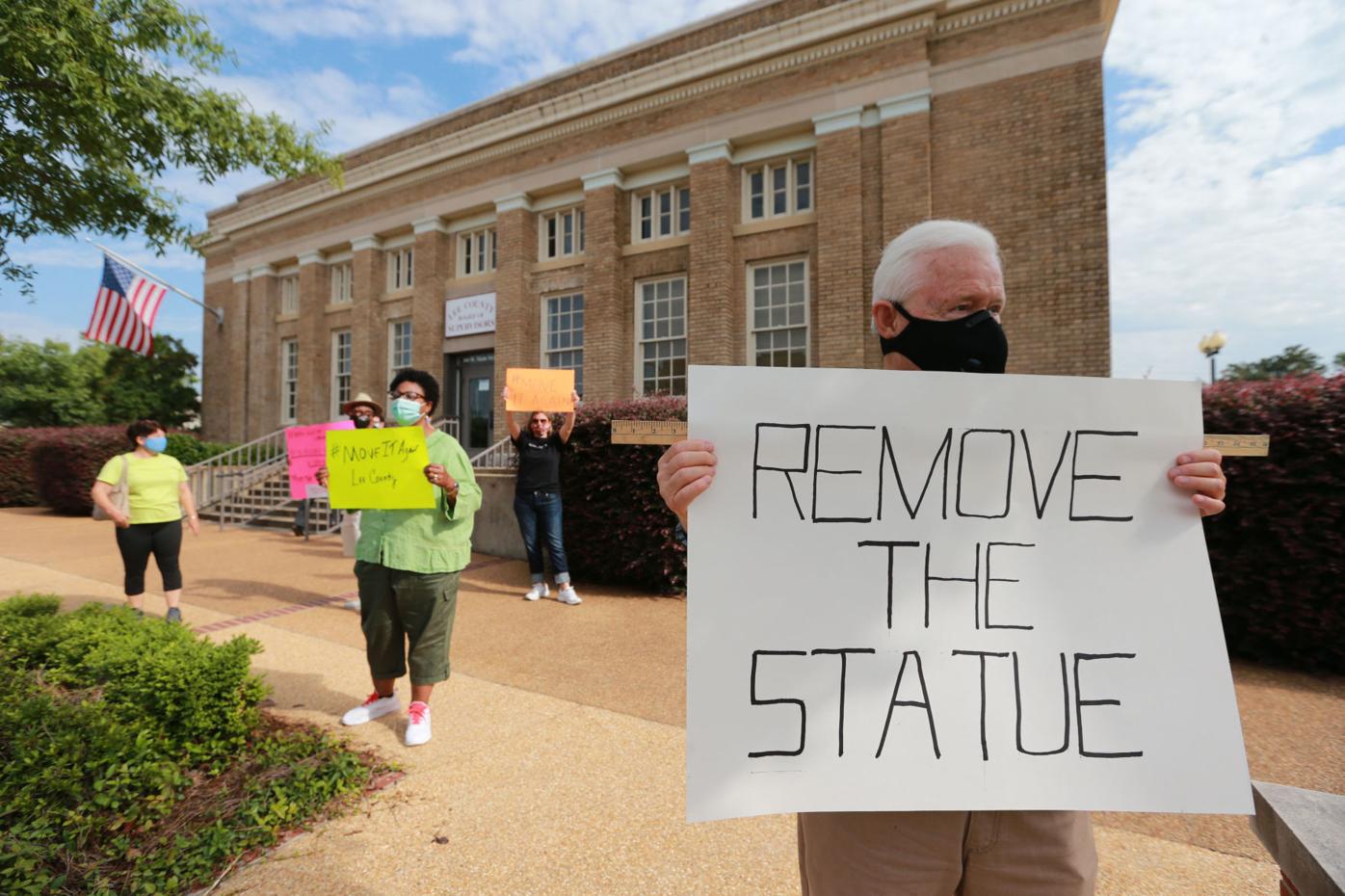 Clem was politically active and participated in several protests this year, including a protest to move a Confederate statue in downtown Tupelo, but did not contract COVID-19 until November.

Ted Clem volunteered for a get out the vote organization in Lee County ahead of the presidential election in November before serving as a poll watcher, likely contracting COVID-19 on or just after Election Day.

Clem was politically active and participated in several protests this year, including a protest to move a Confederate statue in downtown Tupelo, but did not contract COVID-19 until November.

TUPELO • Ted Clem took his duties as a Lee County poll watcher for the Democratic Party seriously; he also took the threat of COVID-19 seriously.

On Tuesday, Nov. 3, Clem donned both a medical grade face mask and a plastic face shield and spent the day – 12 hours in total – at the Tupelo 3 precinct, located at Lawndale Presbyterian Church near the Lee Acres and Audubon neighborhoods.

On Wednesday night and again on Thursday night, Clem wore a mask and sat in a room at the Lee County Circuit Clerk’s office, watching as the local resolution board sifted through thousands of absentee ballots, verifying them for validity.

But despite his precautions, Clem contracted COVID-19 anyway. He believes Election Day activity was the most likely source of infection.

By the Saturday following the election, he began developing symptoms.

“I had a low grade fever, and then a day or two later, I started monitoring my oxygen level,” Clem said.

After days of worsening conditions, Clem visited a doctor, tested positive for COVID-19, and then was finally admitted to a hospital a few days later. A Tupelo resident, Clem went to North Mississippi Medical Center and then was transferred to Magnolia in Corinth.

A longtime civilian employee of the U.S. Navy, Clem holds a doctorate in physics and detailed the progression of the disease’s course with clinical precision, recounting how he monitored days of declining oxygen levels before seeking hospitalization.

Clem has lived in Lee County since 2014, first in Baldwyn and then since this year in Tupelo. He is politically engaged, and his story sits at the intersection so vividly seen this year of activism, politics and the pandemic. He attended several protests throughout the year, evading COVID-19 until his poll watching responsibilities.

In the months leading up to Election Day, concern was high about the possibility of COVID-19 transmission at the polls. State and county officials worked to outfit poll workers with personal protective equipment and to enforce social distancing for voters as they stood in line. Absentee voting rates went up as some local residents sought to avoid Election Day crowds – though there were times when the line to cast an absentee ballot at the local circuit clerk’s office was also long.

However, the often close quarters of polling stations and the long hours required to tally the votes inside equally cramped offices appear to have fostered some infection spread, underscoring the potential for rapid person-to-person spread that can occur under the right circumstances, especially in the absence of vigorous mitigation procedures.

Clem is fairly certain he contracted the various at some period during Election Day, or the few days later, based on his lack of other potential exposures and the timeline of his symptoms.

The week prior, he’d done some door-to-door outreach, but nothing like the hours-long, indoor activity around the crowds he experienced on Tuesday, Wednesday and Thursday of election week.

“I had been canvassing, but that was pretty low risk,” Clem said. “I didn’t get past any doors. I was on the outside and they were on the inside.”

The likely pathway of the COVID-19 virus through the cramped quarters, long lines and late nights of an election aftermath illustrates the systemic and behavioral issues that have hampered efforts to halt the virus – including the inability of contact tracing to get ahead of the virus.

As word of Clem’s infection spread, it followed but lagged the person-to-person pathways of the virus itself, and did so only in patchwork fashion through text messages, word of mouth and belated warnings among those he’d interacted with on Election Day.

The Mississippi State Department of Health recently told the Daily Journal that no outbreaks or clusters have been definitively linked to Election Day or the aftermath of vote tabulation, in part because there are usually too many potential sources of infection to pursue exhaustively.

“When we identify a case, it’s not always just one exposure that they’ve had. They’ve had multiple exposures in the weeks leading up to the onset of the illness,” said MSDH chief epidemiologist Dr. Paul Byers. “It’s an illustration of the fact that we’ve had a lot of people doing a lot of activities.”

Clem was ultimately released from the hospital on Nov. 23, returned home and reported this week he feels fine.

An Air Force veteran of the Vietnam era before a career as a civilian employee with the Navy working in research, Clem was stoic about his experience as a poll watcher and the hospitalization that followed.

Faces of 2020: Advocate sees historic reckoning in his home state