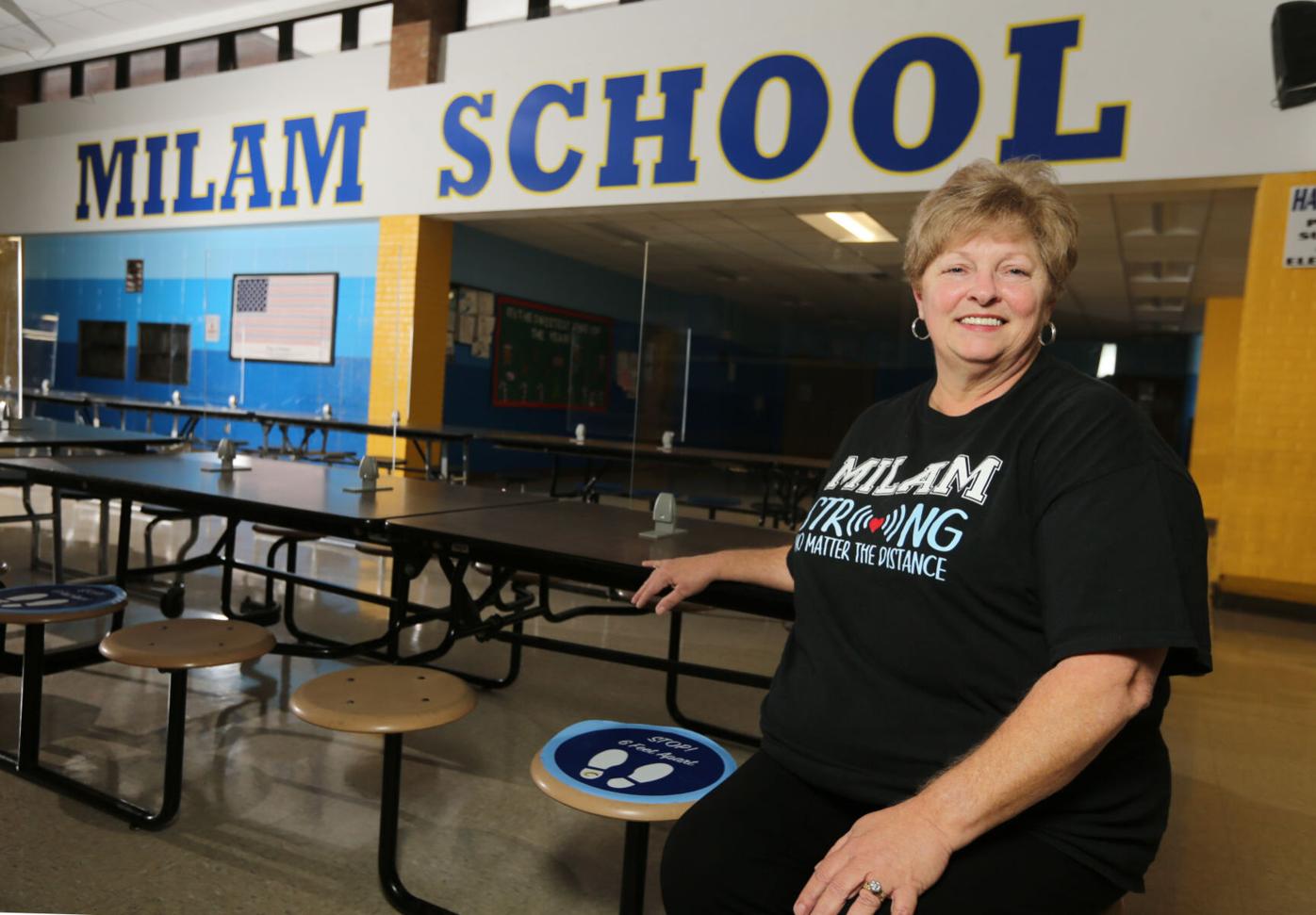 Rhonda Morgan, a distance learning teacher at Milam, embraced the changes to the classroom necessitated by the pandemic. Despite the challenges teachers and students faced, Morgan believes both handled them with aplomb. 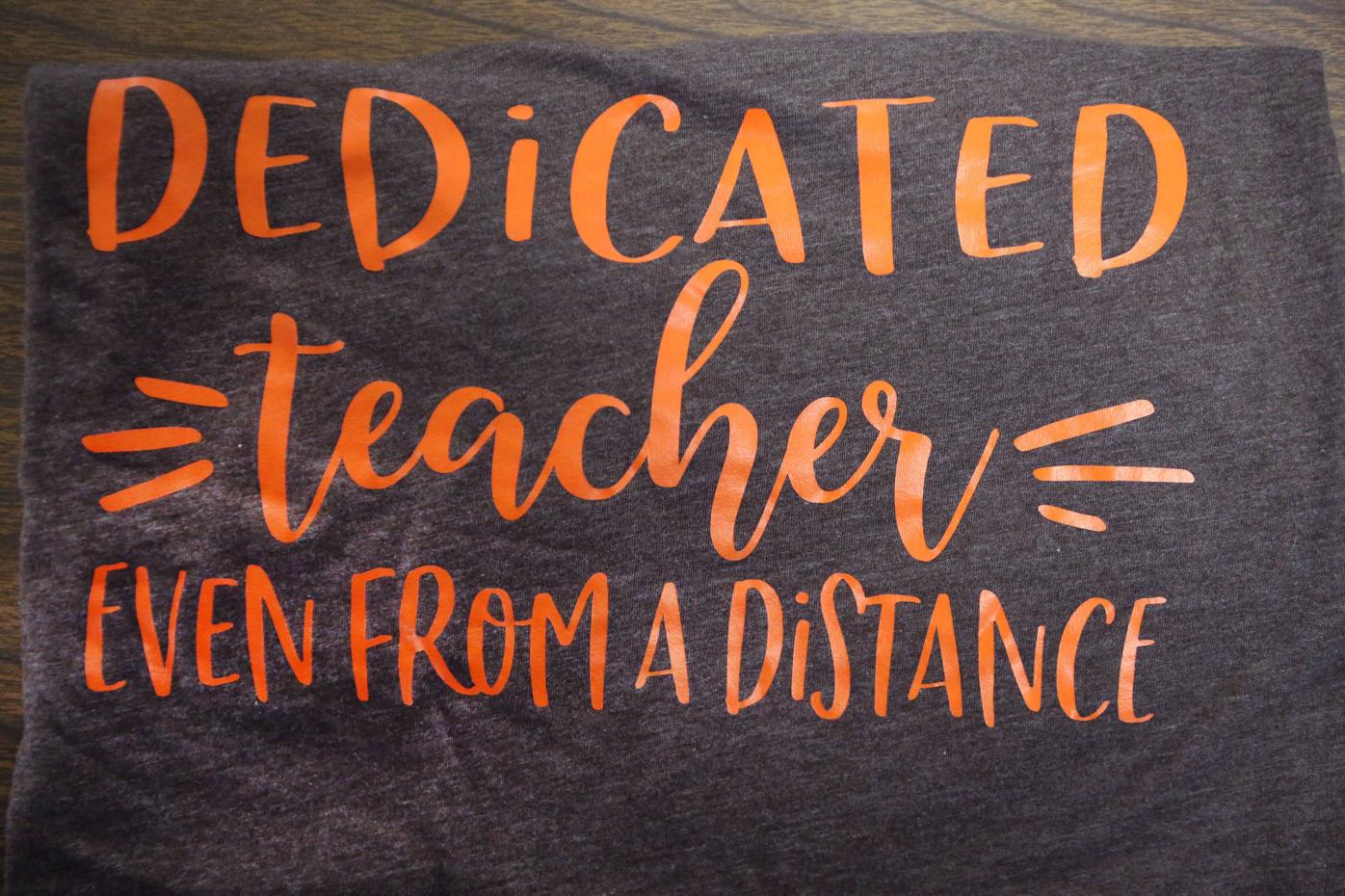 Rhonda Morgan, a distance learning teacher at Milam, embraced the changes to the classroom necessitated by the pandemic. Despite the challenges teachers and students faced, Morgan believes both handled them with aplomb.

TUPELO • Rhonda Morgan, one of Milam Elementary School’s four distance learning teachers for the 2020-21 school year, will retire in May after 21 years with the Tupelo Public School District. Eight of those years were spent at Milam, and her final year will likely be the most challenging of her career.

Morgan taught three groups of virtual students via Canvas and Webex video chat from her classroom at Milam each day during the fall 2020 semester. The pivot to distance learning during her last year resulted from other teachers in her department advocating for her to teach virtually, knowing that her husband was medically vulnerable to COVID-19.

Morgan previously taught science and history, although she was asked to teach English Language Arts this year, as she did earlier in her career. She viewed the shift to distance learning in a positive light.

“I was really excited to be able to do something new and untried,” Morgan said.

Morgan’s children were students at Milam years ago and have always told her their year at the sixth-grade school was their favorite in TPSD “because it’s where everybody comes together” from the district’s various elementary schools.

They challenged her to make it her current students’ favorite year, too. Her goal going into the semester was to have students come away from it thinking, “Wow, we had a great year.”

Morgan said there was a technological learning curve during the first nine weeks, which made teachers question whether they could “physically, emotionally, intellectually” teach a mix of students who were both inside and outside the classroom.

Morgan began the year with about 150 students spread across three classes. Some students returned to in-person instruction after the first nine weeks, leaving about 104 online students for the latter half of the semester. Going into the spring, Morgan said there were around 76 students set to learn virtually at Milam, but that number may fluctuate.

Milam’s distance learners take part in classes via face-to-face video calls throughout the school day, so they’re constantly engaged with their teachers.

But Morgan still felt like something was missing from the experience.

“If I had to just put something out there and never make that connection, that’s not teaching to me,” Morgan said. “I want to see them. I want to know that what I’m saying is making an impact. We have them for such a short window - nine months, 180 days - to make the impact we need for their future.”

To foster a personal relationship with her students, Morgan baked cupcakes for them on their birthdays. She has hand-delivered about 30 cupcakes to her students so far.

She chooses a flavor – usually vanilla, chocolate or strawberry – colors the icing and adds sprinkles.

When Morgan delivers the cupcakes, she stays a safe distance from the student while wearing a face mask and makes sure the child’s parents are there so she can meet them, too.

It may seem like a simple gesture, but it’s one that Morgan believes helps make that personal connection that’s so important in the teacher/student relationship.

“It’s not much, it’s just a cupcake,” Morgan said. “But I think it’s much more than that.”

The students can see that she took the time to make the cupcake, bring it to their house and talk with them in person.

“I needed it as much as they did,” Morgan said. “It’s a hard thing to make a connection over a computer. It’s an illusion in a way because what you see on the screen may not necessarily be what’s real, and they’re learning that.”

Baking cupcakes for students is something she’ll continue during the spring semester. When students resume classes next week, Morgan plans to deliver cupcakes to those whose birthdays she missed during the holiday break.

Paul Moton, Milam’s principal, praised Morgan for “bringing back the values of relationships and personal touch” in education.

“Those things can not be measured on a test, but the results last a lifetime,” Moton said. “She understands that every child deserves a champion – an adult who will never give up on them, who understands the power of connection and insists that they become the best they can be.”

For Morgan, her students have kept her going during the pandemic.

Morgan encourages students not to worry about what goes on beyond their homes, things that are out of their control.

“We can control what’s in here,” she tells them. “We are a family. Whatever you need, you just let me know.”

She has seen students grow throughout 2020 in ways she never has before. Morgan feels that this particular group of sixth graders, shaped by the pandemic, are the kindest and hardest working she’s ever taught.

“Some of those kids that don’t necessarily excel in (an in-person learning) environment have bloomed online,” Morgan said. “They’ve become leaders, they have started to feel confident in themselves and that’s a beautiful thing to watch.”

Morgan believes because of their willingness to adapt – to problem solve – the students of school year 2020-21 will not only be prepared for the future, whatever it holds, but have turned a potentially frustrating school year into something special.

“It’s all new for all of us, this whole craziness,” she said. “But it’s been the best experience I’ve had teaching.”

Vaccination sites will open across the state next week, the Mississippi State Department of Health announced Wednesday – the day Mississippi s…

'What research did you do?': Brown presses GOP lawmaker on election fraud claims