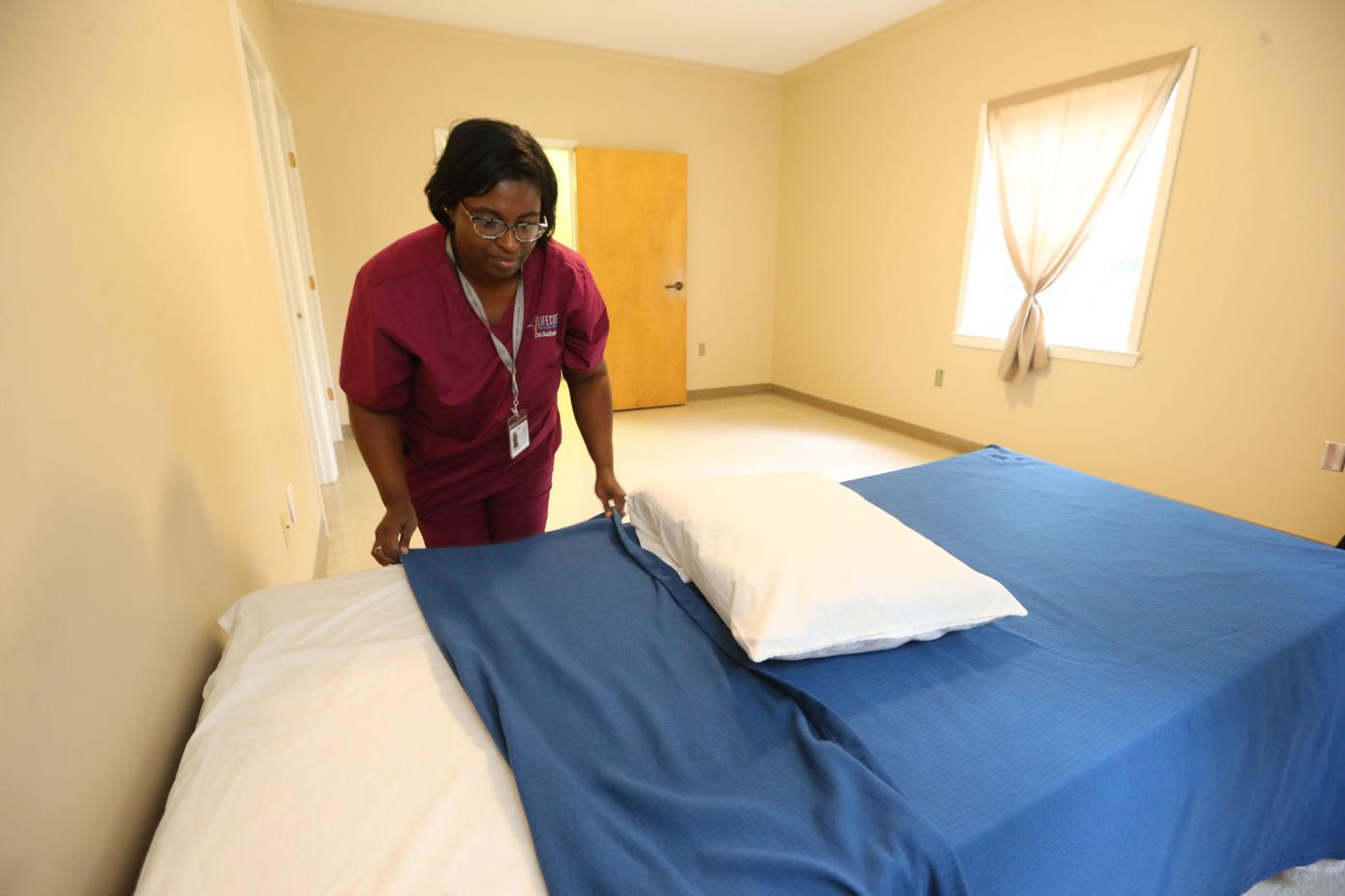 Virginia Gaston gets one of the beds ready at Lifecore in Tupelo in this 2018 file photo. The homestyle facility provides law enforcement a place to drop off people with mental health issues instead of taking them to jail. A federal judge has taken over Mississippi’s mental health program, saying the state isn’t doing enough to serve people outside the confinement of mental hospitals. 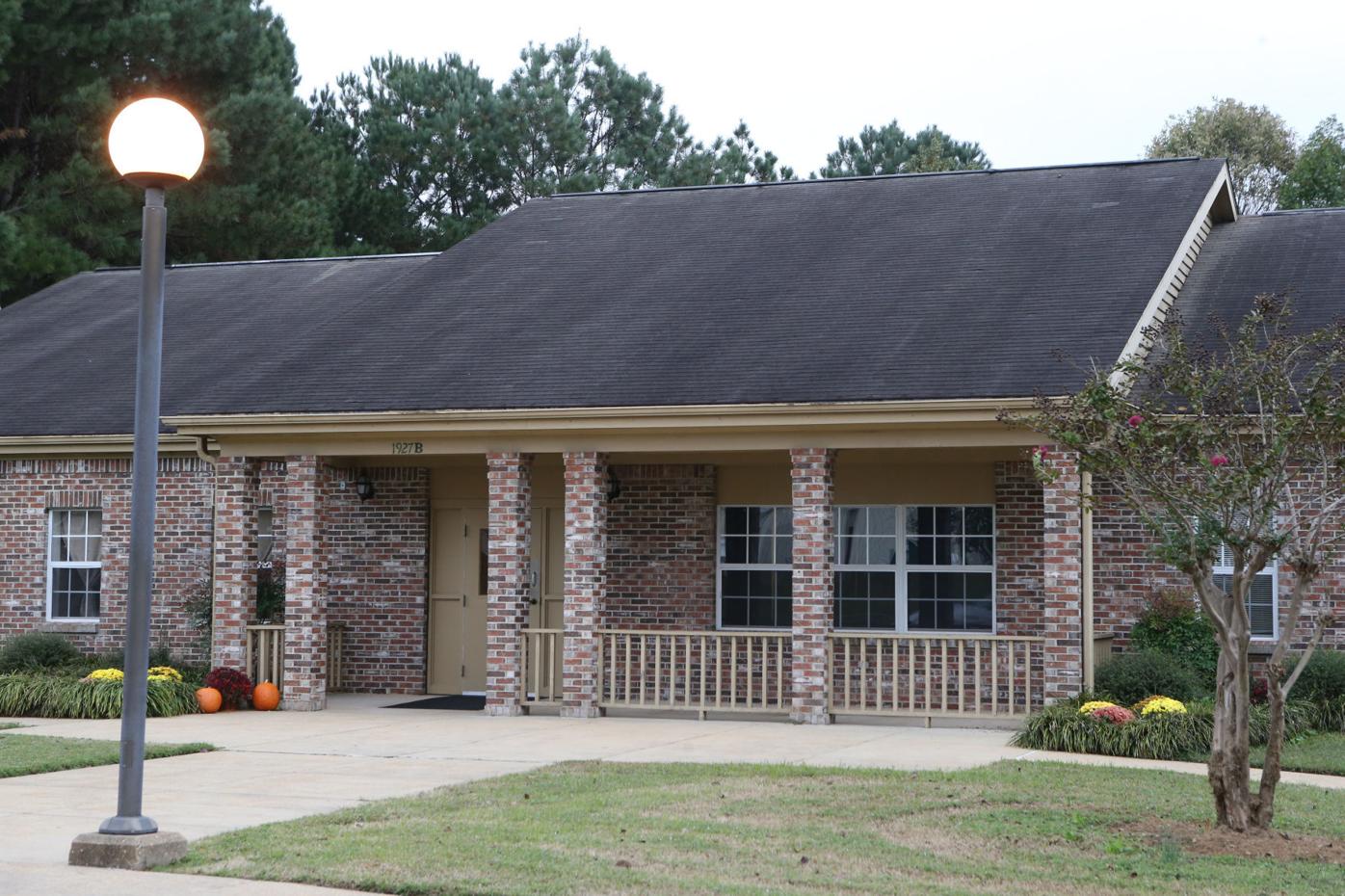 Virginia Gaston gets one of the beds ready at Lifecore in Tupelo in this 2018 file photo. The homestyle facility provides law enforcement a place to drop off people with mental health issues instead of taking them to jail. A federal judge has taken over Mississippi’s mental health program, saying the state isn’t doing enough to serve people outside the confinement of mental hospitals.

TUPELO • Until last week, law enforcement in the region had few options when they encountered someone with mental problems. They could leave them in the community or carry them to jail.

Both options were likely to cause more harm than good for both the individual and the community. But now there is an option – a four-bed facility where law enforcement can drop off people to be evaluated and assessed by trained professionals in a relaxed setting.

“It is a home and is less threatening than a jail or a hospital,” said Tupelo Crisis Stabilization Unit director Tina Hooker. “It has more of a homey feel. There is not the stigma of being taken to jail.

“Usually when you see aggressive behavior from someone with mental issues, it’s because they don’t feel safe.”

The facility, operated by the Lifecore Health Group, opened its doors Oct. 17 and had its first patient the next day.

“Our goal is to be full by the end of October and stay full,” Hooker said.

For the past year, officers with the Tupelo Police Department and the Itawamba and Lee county sheriffs offices have been receiving Crisis Intervention Training. The weeklong course is designed to help officers recognize if a person has a mental problem.

If the officer feels it is in the best interest and safety of the person and the community, they can bring the person to the unit 24 hours a day, seven days a week. The evaluation begins with a drug test and a check of the vital signs to see if the patient needs to go to detox or the hospital first.

“Then we can begin the process of evaluating them,” Hooker said. “A lot of times, the person is not taking his or her medications. Once we get them stabilized, we try to put them in contact with resources to help them when they leave.

“The downside is when we get them stabilized on medication but when they get out, they can’t afford it. Then they end up right back where they were.”

Law enforcement has been anxiously waiting for the facility to open.

“It is a gift from heaven,” said Lee County Sheriff Jim Johnson. “The last place a person dealing with mental issues needs to be is jail, where they can’t be treated.”

“We deal with a lot of people with mental health issues. This facility will make it safer for everyone involved.”

Because of overcrowding and lack of trained staff to deal with mental health patients, the Lee County Jail was forced to turn away people. That included people with commitment orders from chancery court.

“We are supposed to hold them until a bed opens up at a hospital, but we have no place to hold them,” Johnson said. “So we had to wait until they committed a criminal act, then we would pick them up and put them in the general population.

“But that wasn’t good for them. They were actually worse after they got out of jail than when they started.”

Hooker said anyone dropped off by an officer can be held by law for 72 hours. If someone volunteers to come to the center, they can stay longer. And while people are at the facility, family and friends can schedule visitation on Saturdays.

“We do group activities, therapy and work with the needs of the individual as we try to get them ready to transition back into the community,” Hooker said. “We put them in contact with services so support is in place when they leave.”

A federal grant provided money to convert the building, purchase beds and pay the first year’s salaries. It did not cover meals, medications or supplies.

“Because of that, we have to charge the clients who can pay, through insurance or Medicaid,” Hooker said. “But we are not going to turn anyone away who needs help.”

If the CSU stays full, officials could look to expand into a neighboring building to expand the number of beds to eight.

Biden is hoping to repeat Clinton's upset in Georgia