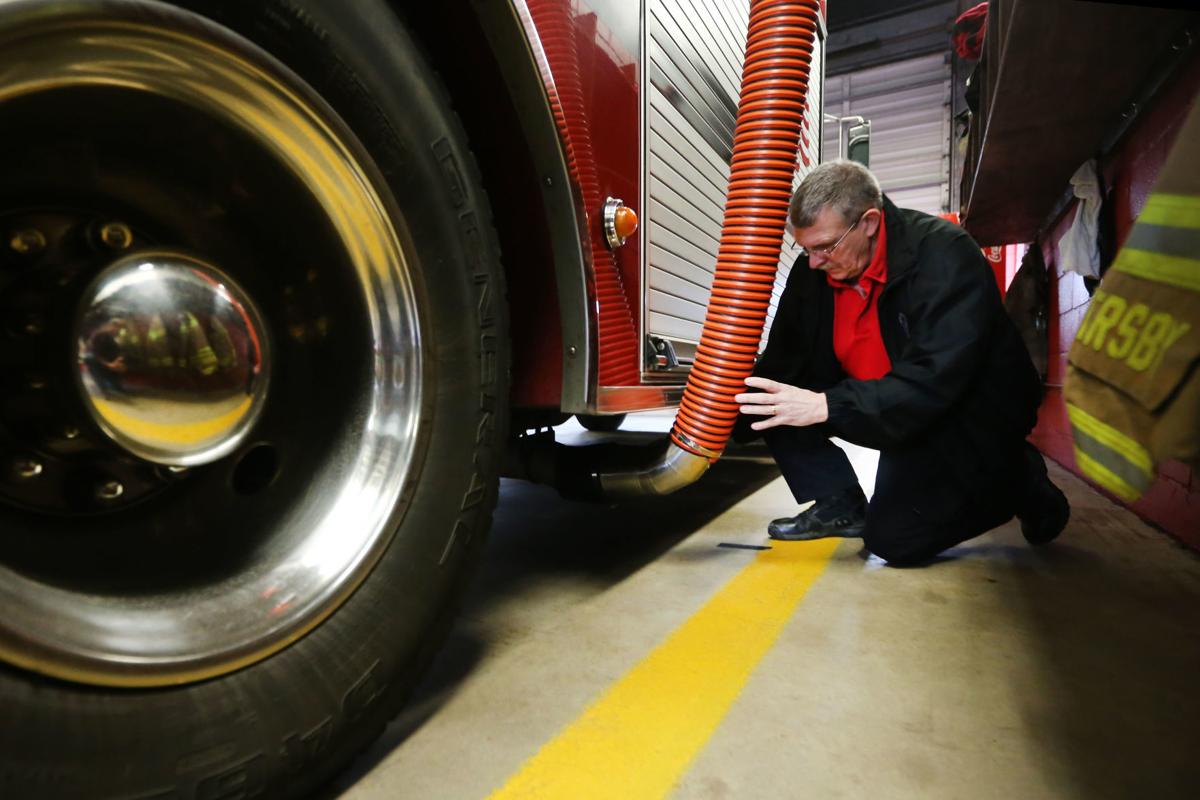 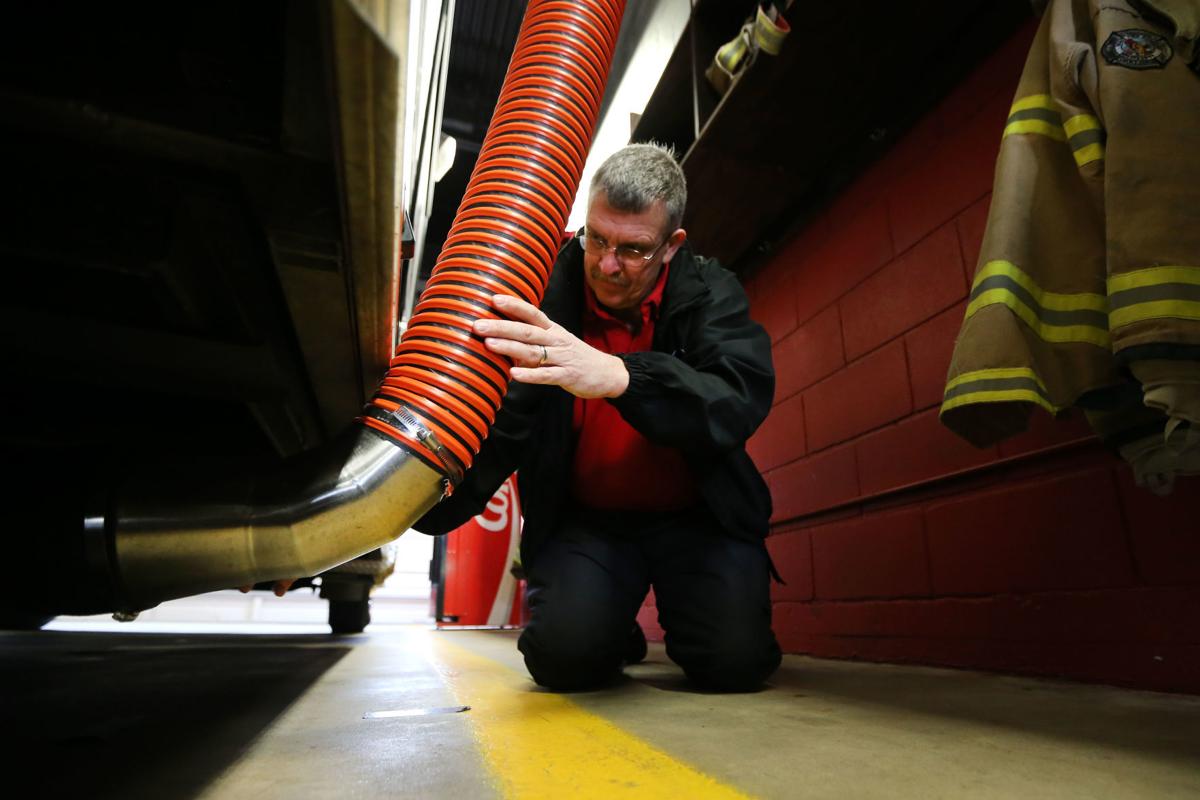 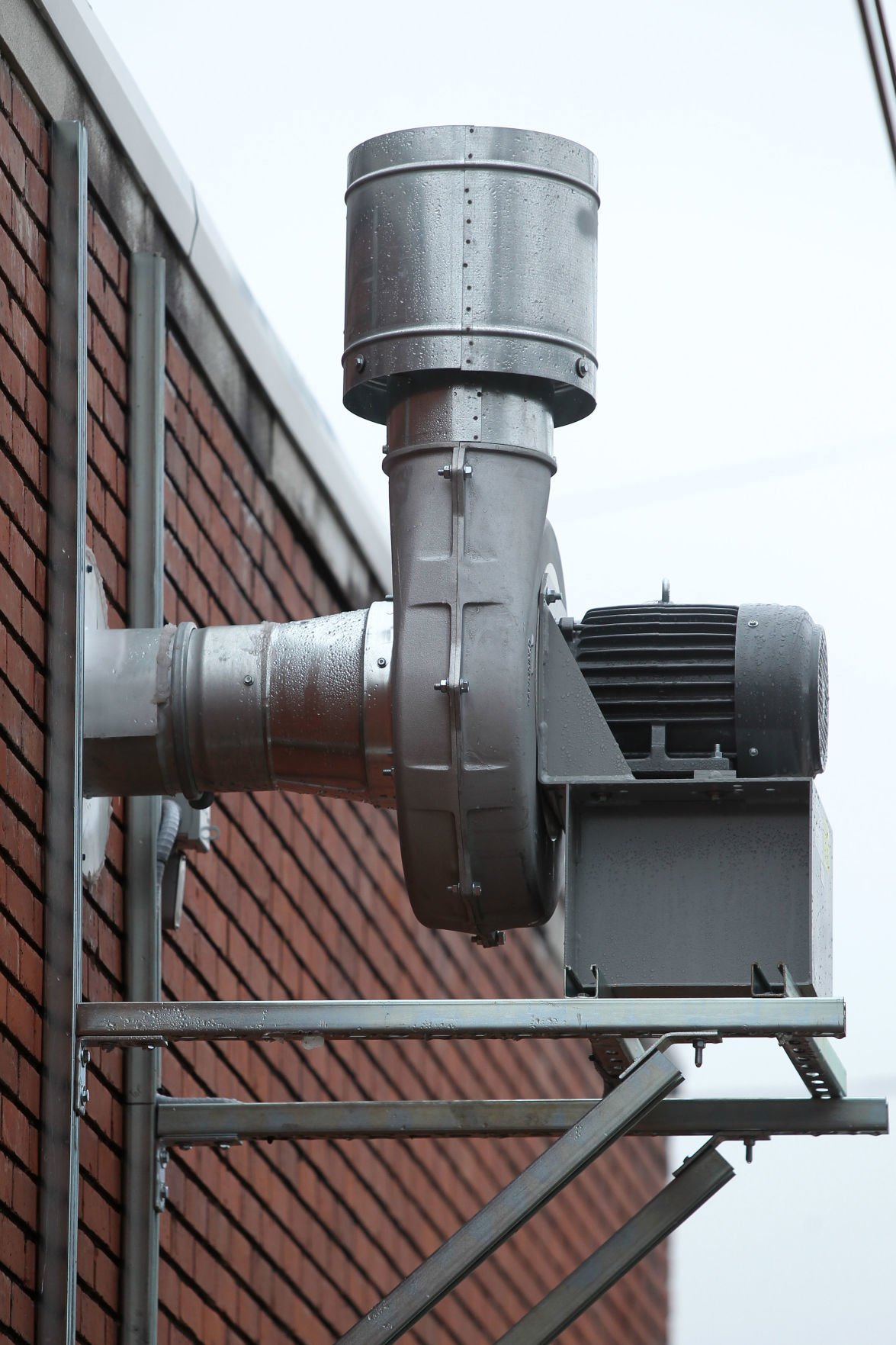 The system uses a powerful fan to divert the harmful fumes outside of the building.

The system uses a powerful fan to divert the harmful fumes outside of the building.

TUPELO • Tupelo Fire Department’s seven stations are a little safer, now that the exhaust from fire engines is diverted away from firefighters and out of the buildings.

During extremely cold days and inclement weather, the new systems will allow firefighters to crank the trucks inside the stations to run checks, without the fear of being overcome by toxic fumes.

“It’s all about the safety of the firefighters,” said Tupelo Fire Chief Thomas Walker. “This will take the carcinogens out of the bays and away from the guys.”

In the summer of 2018, the city received a $72,000 Assistance to Firefighters Grant. The Federal Emergency Management Agency funds helped install advanced source capture exhaust systems at the six older fire stations to reduce the harmful effects of diesel exhaust fumes. Fire Station 4 near the mall was built after 2005 and already had an exhaust system.

Every day when firefighters come on a shift, they have to check their equipment to make sure it is in proper working order. Checking the gauges and voltage on the trucks can only be done with the engines running. Before, that meant opening the large roll-up doors to disperse the fumes.

“Opening the doors will get rid of the fumes, but this system does it much more efficiently,” Walker said. “Not only does it get rid of the harmful gasses, it allows us to keep the doors closed and retain heat in the winter.”

The systems have a powerful fan connected to a series of pipes and hoses. One flexible hose for each truck at the fire station hangs down from the ceiling. When the truck is pulled into the station, a firefighter connects the hose to the truck’s exhaust pipe. The connector uses a spring clip, so in an emergency, the truck can drive away and the hose will disconnect itself.

When a connected truck cranks up, the system automatically senses the hydrocarbons from the exhaust and turns itself on. If the truck leaves the station on a fire call, the system remains running for 2 minutes to get rid of residual fumes.

While the grant was approved about 18 months ago, the federal funding process is slow. Walker waited until he had the check in hand before he started the bid process to order the systems.

“We got them up and running last fall,” Walker said. “It took about six days to do all six stations. It was a fairly simple installation. The hardest part (at Station 1 downtown) was cutting a hole through the brick wall.”

The exhaust systems were especially welcomed at stations 2 and 5, which don’t have drive through engine bays. The trucks still have to be backed into those stations. There is only a 36-inch door and windows at the back of the bay to help disperse the fumes without the fans.

The fan might seem like a simple addition, but it will make life a lot easier for firefighters. The firemen’s turnouts and gear are normally hung to dry and stored in the bay. Before, every time a truck was cranked the turnouts would absorb the diesel fumes.

The exhaust systems are required on all new construction built after 2005. When a new Station 2 is built in the next few years, it will include a new exhaust system.

Roger Stone juror on trial verdict: This was not rigged