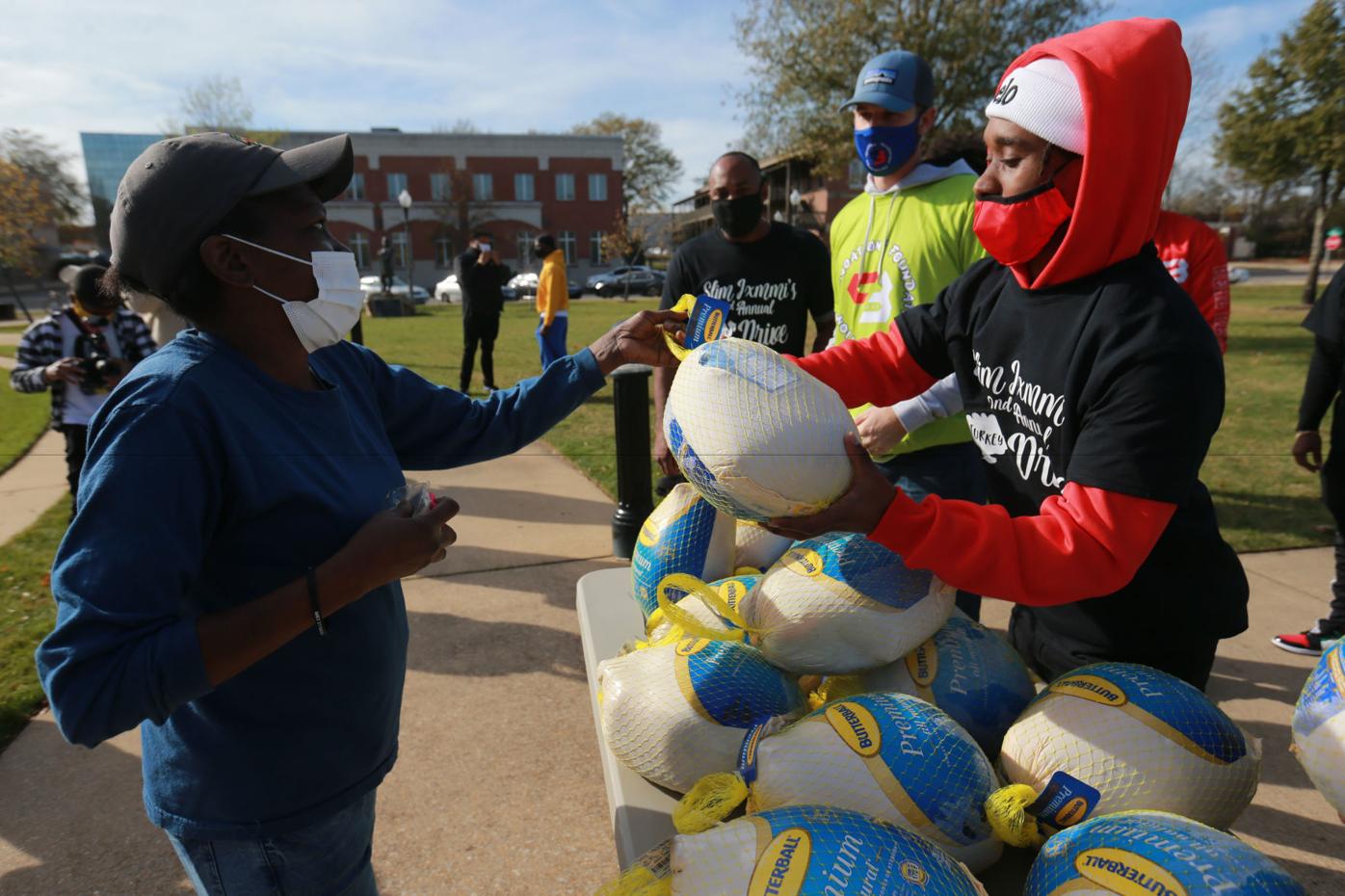 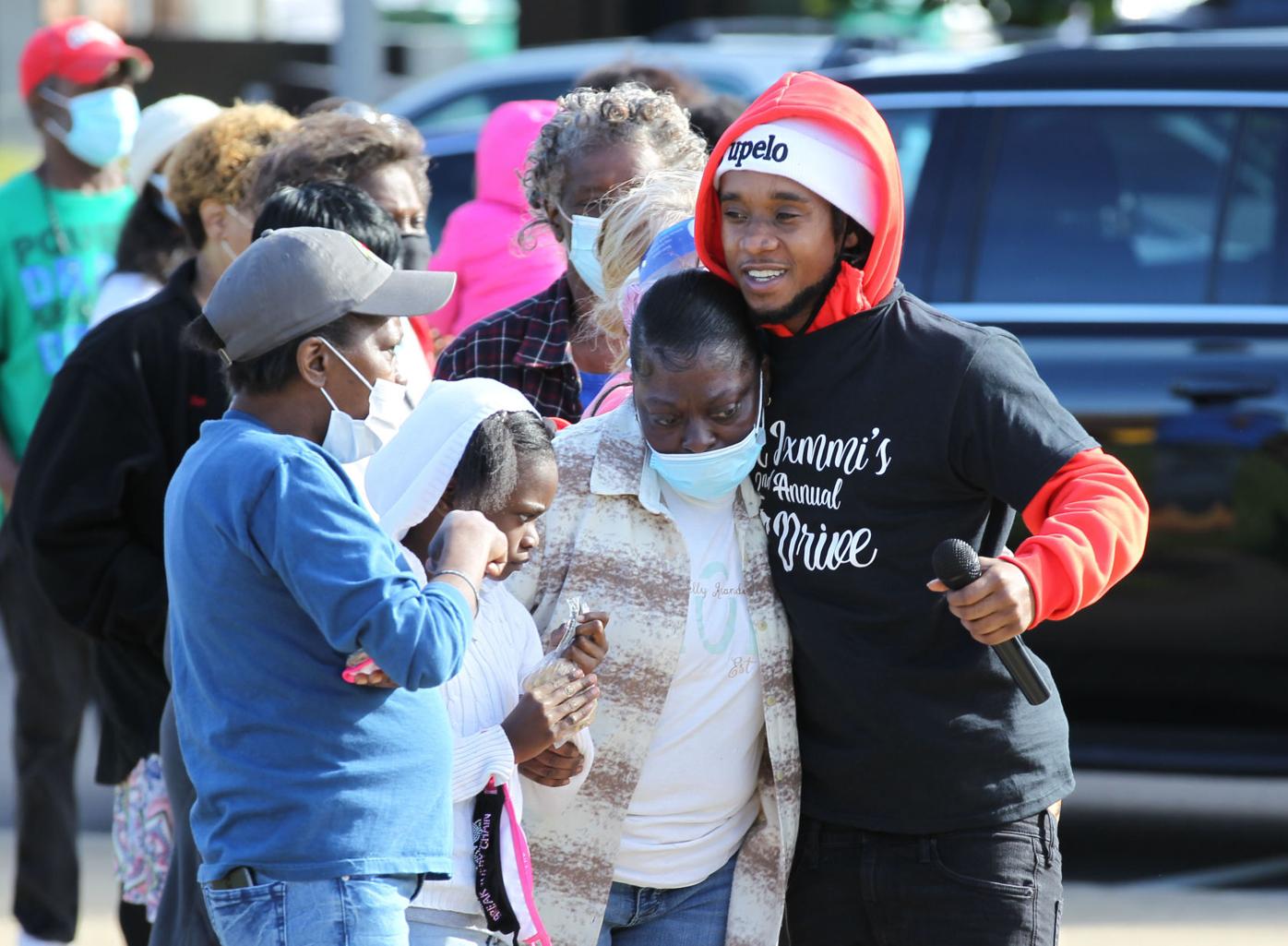 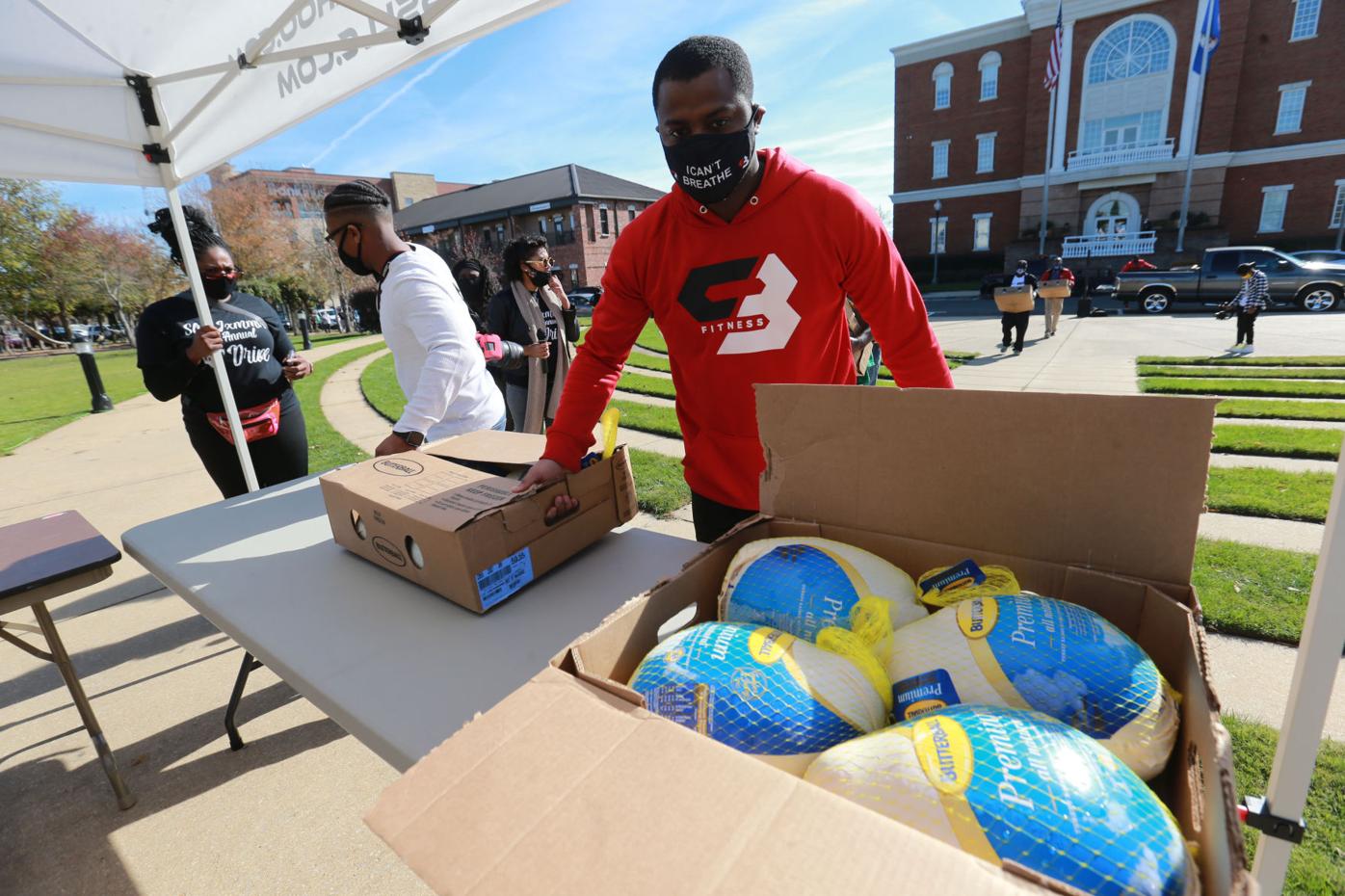 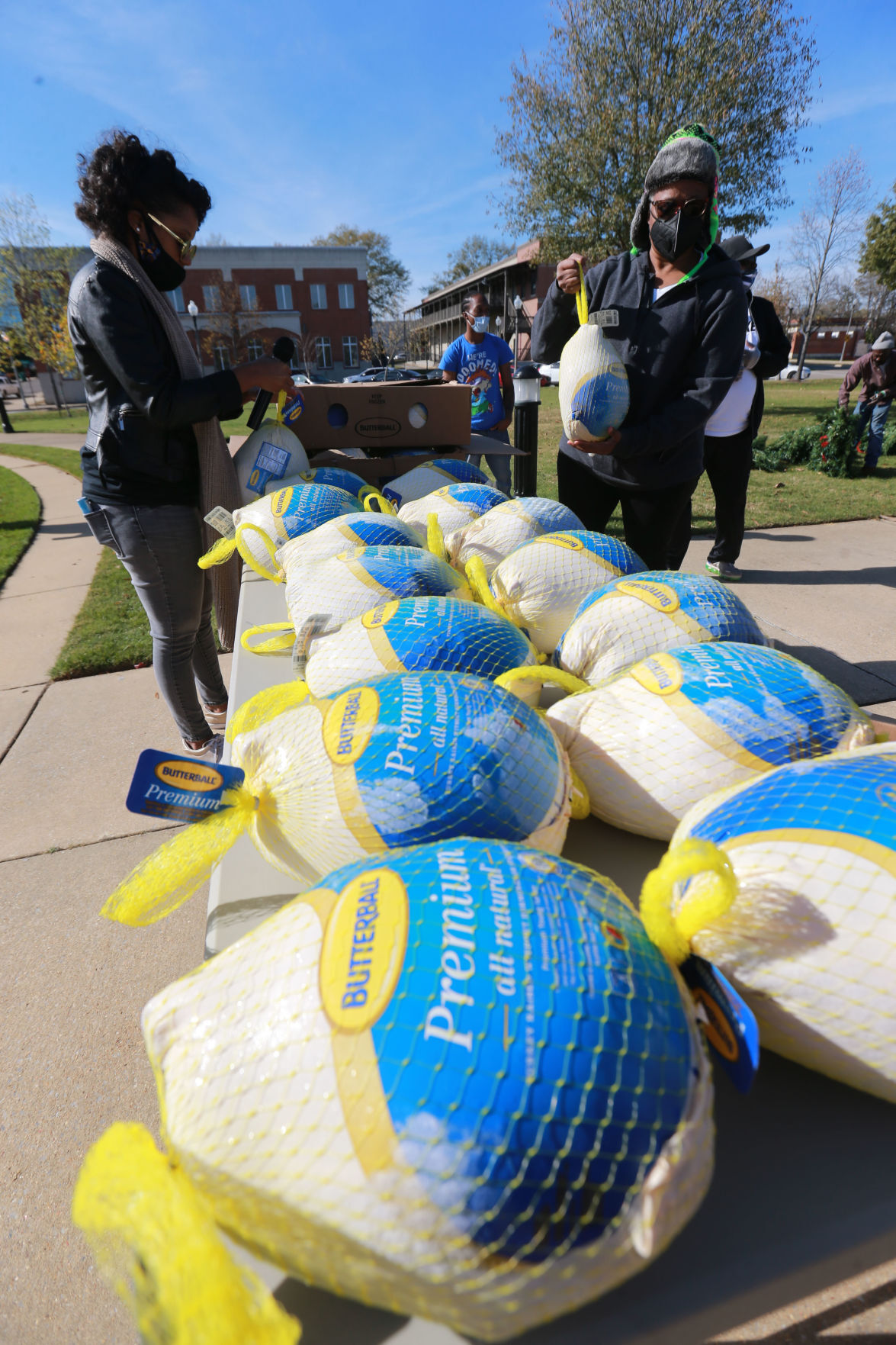 Volunteers unpack dozens of frozen turkeys to be given away as part of the event.

Volunteers unpack dozens of frozen turkeys to be given away as part of the event.

The Tupelo native, who’s real name is Aaquil Brown, returned to his hometown to give back to the community that helped raise him as part of his 2nd Annual Thanksgiving Turkey Drive at Fairpark.

“I love giving back to where I come from because I feel like it inspires others to chase their dreams or to reach their highest height and give back to their community,” Brown said. “It makes everybody better.”

With the ongoing COVID-19 pandemic, which has created economic hardships for millions of people across the country, Brown said it’s even more important to give back.

“This year, I feel like, is bigger than all of the other years, with people losing their jobs and all this type of crazy stuff,” Brown said. “I just like to be able to help in any way I can.”

Mayor Jason Shelton proclaimed Nov. 24 “Slim Jxmmi Day” in the city of Tupelo. He said the city was grateful “to have a true superstar to not forget his hometown and where he came from.”

“Rae Sremmurd is the biggest group to come out of Tupelo since Elvis Presley, and we’re honored to be able to recognize Slim Jxmmi today,” Shelton said.

Along with Brown, the event was sponsored by Chris Stratton, SB Fitness Foundation, The Black Ecosystem and Wheel Estate Mobile Homes.

Shane Butler, owner and founder of SB Fitness, said in addition to those handed out at Fairpark, hundreds of additional turkeys will be distributed throughout the city as part of the program. In total, 450 turkeys will be given away.

“We love Tupelo and we’ve been fortunate enough to travel all over the country and see some different places, some stuff we’d never be able to see before, but nothing like here,” Stratton said. “Nothing like home.”

Stratton lives in Tupelo with his wife, Martha Kate, and said he was inspired to do something special for his community in the wake of the protests following the death of George Floyd during the summer.

He said the event, as it did for many people, made him reflect on what mattered in his life, and how he could give back to the people of his community.

“Everything happens for a reason,” Stratton said. “I think God always has people in certain positions for certain things and he’s blessed me in my life. This is a really small thing, giving back. I hope that we can continue to do stuff like this and to build on it and continue to give back to the community.”

Luria Burdine from Shannon picked up a turkey and said she appreciated Brown’s return to the city.

“It’s wonderful to see him in town,” Burdine said. “He’s just a blessing. He blessed a lot of people today.”

Cynthia Spratt of Tupelo, and her granddaughter Maikyah Bowers, also stopped by Fairpark to pick up a turkey. Spratt said she’s thankful that Brown and his brother still care about their hometown.

“This is history to us, because he’s come back to his people he’s actually been around half his life,” Spratt said. “I think it’s a blessing to be able to come and give back to the people.”

“Next year I’m going to do it way, way bigger,” he said. “We’re going to go crazy, man. It’s going to be bounce houses out here and everything for the kids, man. We’re going nuts. Shoutout to Mayor Shelton; shoutout to Tupelo.”

Axelrod explains the message Biden is sending with strike

US carries out airstrikes on Iran-backed militia groups