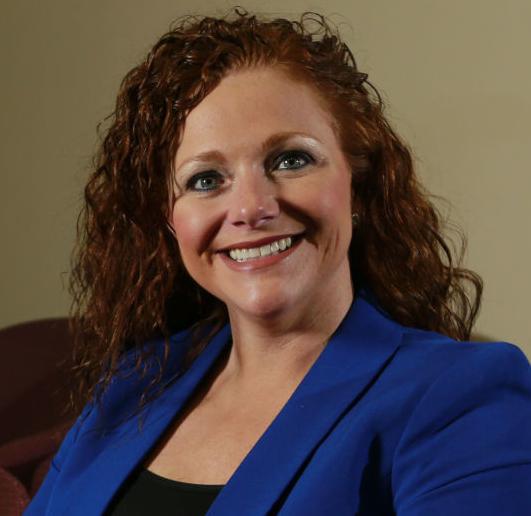 While Dulaney, who will turn 40 next month, only has four years experience as the clerk, she has worked in the circuit clerk’s office for 18 years.

“It still took me about a year before I was comfortable (as the circuit clerk),” Dulaney said. “You find out so many little things that I never knew the clerk did. Of course, I have the luxury of being able to call the former clerk if I have any questions.”

Griffin, 58, is a semi-retired nurse with supervisory and administrative experience. At one point, she oversaw more than 100 employees.

She decided to run for office after seeing too many unopposed candidates four years ago.

“After the last election, I went home and told my husband I didn’t understand why only one person was running for so many offices,” Griffin said. “So when the time came, I paid my $100 and signed up. A lot of people don’t realize they can run for these offices.”

Griffin wanted to run for supervisor, but when she went to qualify, she learned her recent move put her in a different supervisor district.

“Since I hadn’t lived there that long and didn’t know a lot of people, I decided to run for circuit clerk,” Griffin said. “It’s a big job – a lot of it dealing with the courts, keeping up with the docket, registering people to vote and marriage licenses.

“I have been researching the duties online. Whatever it entails, I could learn it. It would be a learning curve.”

Dulaney is banking on her experience and efforts over the last four years to attract voters. The office upgraded the court reporter equipment and the sound systems in the courtrooms. She hopes to upgrade the video system for projecting evidence for the jury to see in the near future. But the biggest change can be seen on election day.

“In the past four years, we have upgraded all of the election equipment, both software and the machines,” Dulaney said. “We stuck with the paper ballots because they are safer. There is more integrity and built in redundancy.

“Lee County opted out of the touch screen machines about 20 years ago. Several counties are now going back to paper.”

Griffin, on the other hand, prefers the touch screen voting machines used in surrounding counties. Those machines record the votes digitally and print out a paper ticket at the end.

“Maybe one day we can afford to get electronic machines,” Griffin said. “I think it would provide a better paper trail. But I know it costs money.”

Dulaney hopes to have court records make the move to digital files in the near future, but she plans to always keep the paper originals.

“It would be nice to allow documents to be filed electronically, from an office or after hours, but as long as I am clerk, we will still have the paper files, just in case.”

Trump is trying to rewrite history on the coronavirus. Here's the truth

Trump vs Biden on healthcare

'It's going to be intense,' Bash on what's next after RBG's death