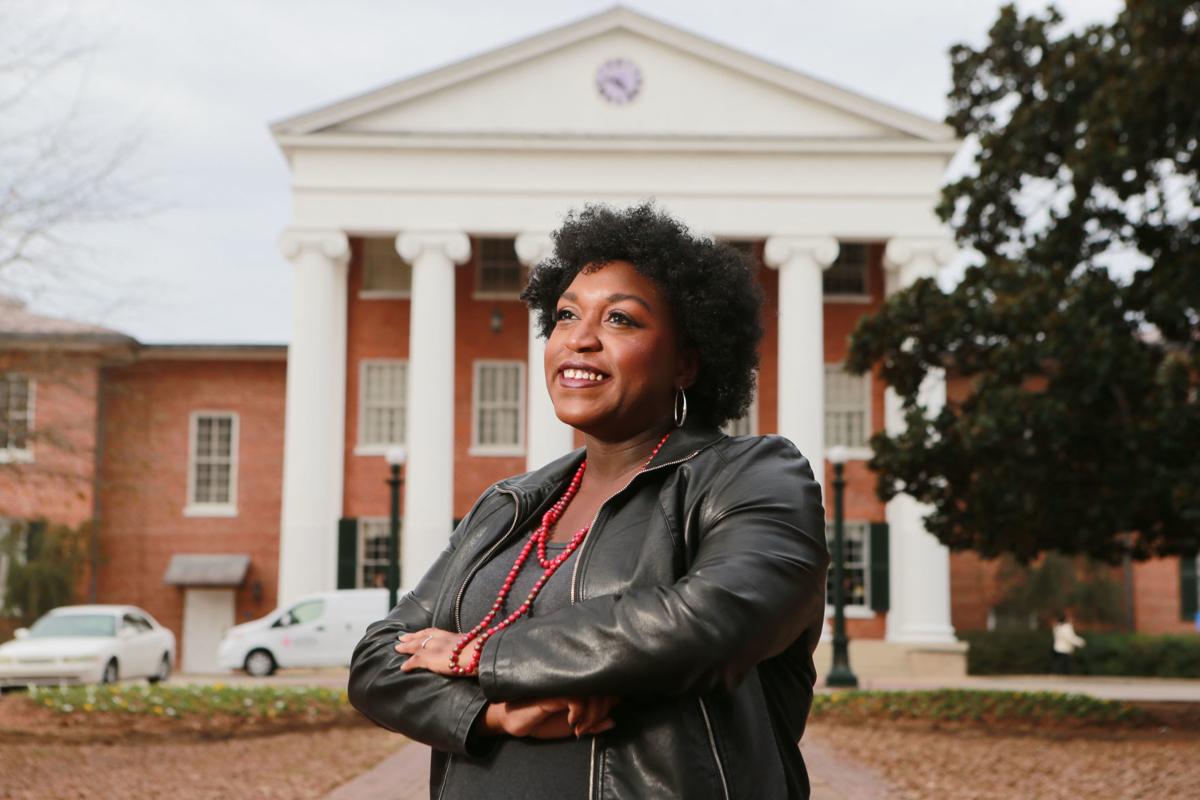 Tupelo native and University of Mississippi student Leah Davis of Tupelo was involved in efforts to seek the relocation of the Confederate monument away from the Circle at the Oxford campus. That process remains ongoing. 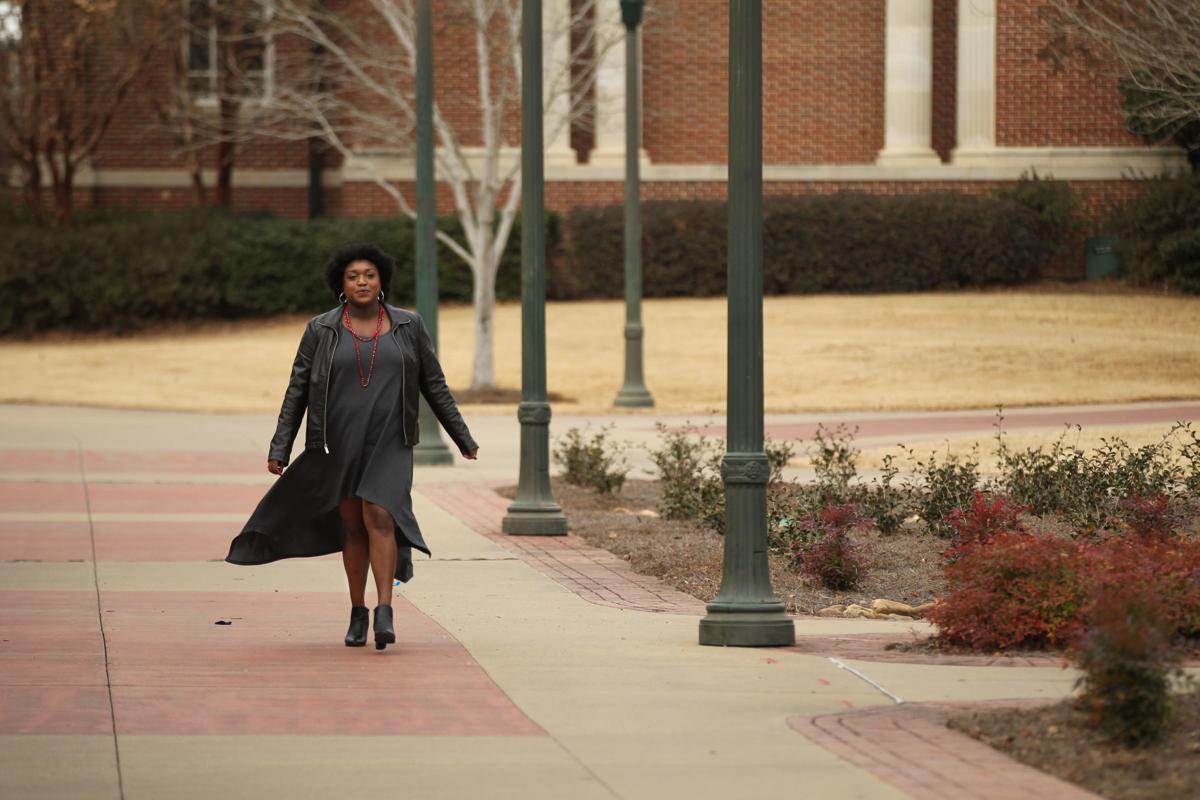 Leah Davis graduated from Tupelo High School in 2016 and has been actively involved on the campus of the University of Mississippi.

Tupelo native and University of Mississippi student Leah Davis of Tupelo was involved in efforts to seek the relocation of the Confederate monument away from the Circle at the Oxford campus. That process remains ongoing.

Leah Davis graduated from Tupelo High School in 2016 and has been actively involved on the campus of the University of Mississippi.

Editor’s note: This is the first in a series of three articles highlighting the efforts of women working to impact and improve their hometowns, schools and wider regions. Whether they call themselves activists, students or simply community members, they are profiled beginning today.

OXFORD • Tupelo native Leah Davis has accomplished a lot during her time at the University of Mississippi.

Davis comes from a religious and musical background. Her parents, Willie and Carolyn Davis, are co-pastors at the Church of Refuge and Restoration in Okolona, and her sister Sydni is a member of the Madrigal Choir at Tupelo High School. Her family has lived in Tupelo more than 20 years. Davis said she was raised to be family and community-centric.

“That upbringing really kind of shaped who I am today and throughout my time at the university,” Davis said.

Davis, a senior psychology major and sociology minor, has been chief of staff for the Black Student Union, director of logistics for the Active Minds chapter at Ole Miss and involved in student government. She’s sung in the gospel choir and is a member of the University of Mississippi concert singers. She’s also done mentorship, is a Luckyday scholar and will be a graduate of the Sally McDonnell Barksdale Honors College.

She was also one of six students who pushed efforts to build campus support for a proposal to relocate the Confederate monument that sits at the middle of the university Circle. Following resolutions by the Associated Student Body and other campus government organizations, the university leadership formally began the process to relocate the monument earlier this year. That process now requires only the final approval of the state higher education governing board.

For Davis, her organizing work is just part of staying involved.

“I guess I do engage in activism and I am an activist, but I don’t really consider myself that way. I just consider myself a full-time student who works with these different organizations and helps the community,” Davis said.

Much of her advocacy work was shaped by her experience at Ole Miss. As she began to get involved with Ole Miss organizations her freshman year, she began to notice she was often the only woman of color or one of the few people of color in those spaces.

That fueled her passion for race relations on campus.

Davis said a number of racially involved controversies – including a Facebook post her freshman year and discussions in 2016 about policing in her hometown – opened her eyes to institutional racism.

She responded by diving into student government. She credited upperclassmen who helped take down the state flag on campus as a model for her own work. Faculty and staff helped her discover her skills, which includes policy, dialogue-centered events and collaboration.

Davis graduated from Tupelo High School in May 2016, and during her time there she was involved in the Madrigals, cross-country, vocal jazz and various national honor societies. She thinks Tupelo has had pioneering leadership, including Ward 4 Councilwoman Nettie Davis, but also believes Tupelo has an opportunity to model how a town can address racial problems.

“I think more work needs to be done and there needs to be a conversation on how to be a more diverse and inclusive town, and how to make that happen,” Davis said.

Likewise, as the state’s flagship educational institution, Davis said Ole Miss should be of service to the state.

“I know the university can set the tone, so if we are doing something and we’re moving forward and progressing, then the state can see that and progress as well,” Davis said.

She graduates soon, but her future plans are open. She is interested in nonprofit and advocacy work. She is not opposed to staying in Mississippi, but she believes there may be opportunities elsewhere that better help her achieve her goals.

With a younger sister bound for Ole Miss in 2020, Davis hopes her work has helped pave the way for a campus where her sister belongs.

“The work is important overall to the betterment of us as a society. Whether that’s the small community of Oxford or the state as a whole, it definitely makes an impact and I believe in the domino effect,” Davis said. “ I think it takes time, so I don’t necessarily know when everything’s going to be solved or when everything’s going to be changed, but (I), alongside some other close peers and close friends of mine, expect to see change.”

Editor’s note: This is the second in a series of three articles highlighting the efforts of women working to impact and improve their hometown…

People are flocking to the 'Leaning Tower of Dallas'