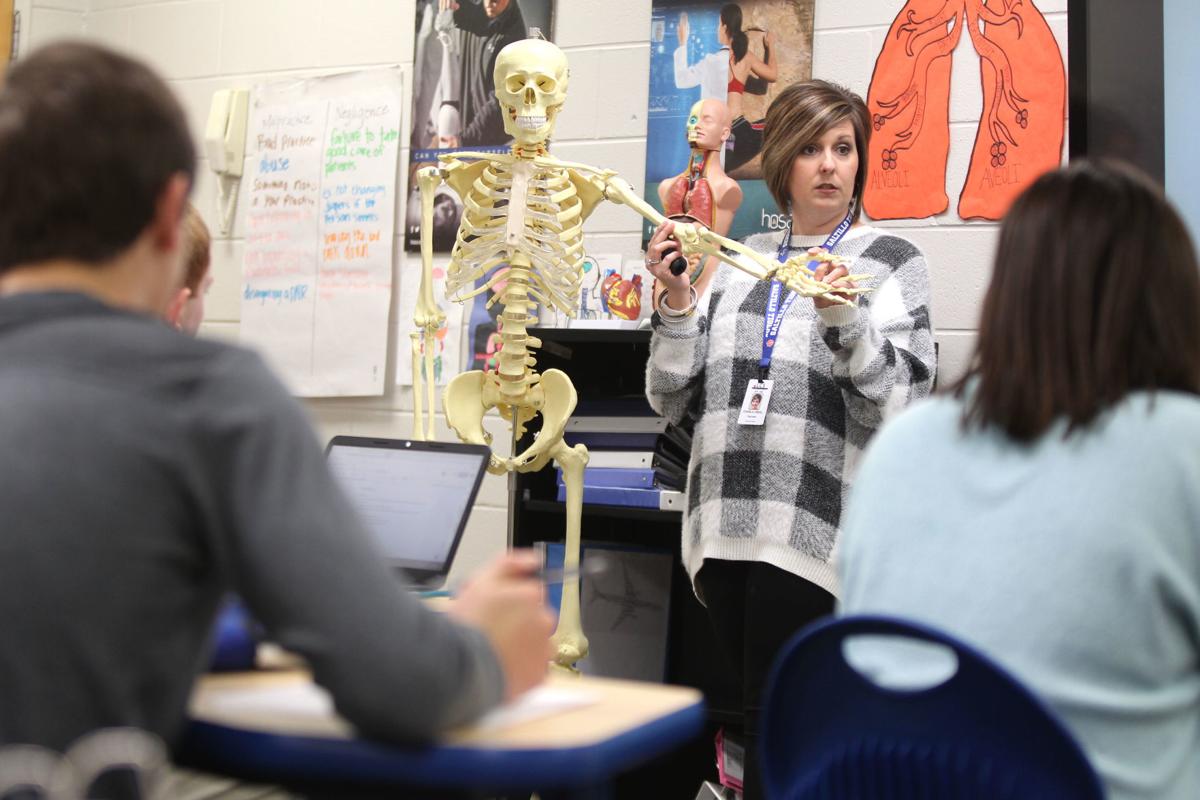 Charla Creel, the health science teacher at Saltillo High School, uses a skeleton to go over bones in the human hand as she reviews with her Health Science 1 class on Thursday. 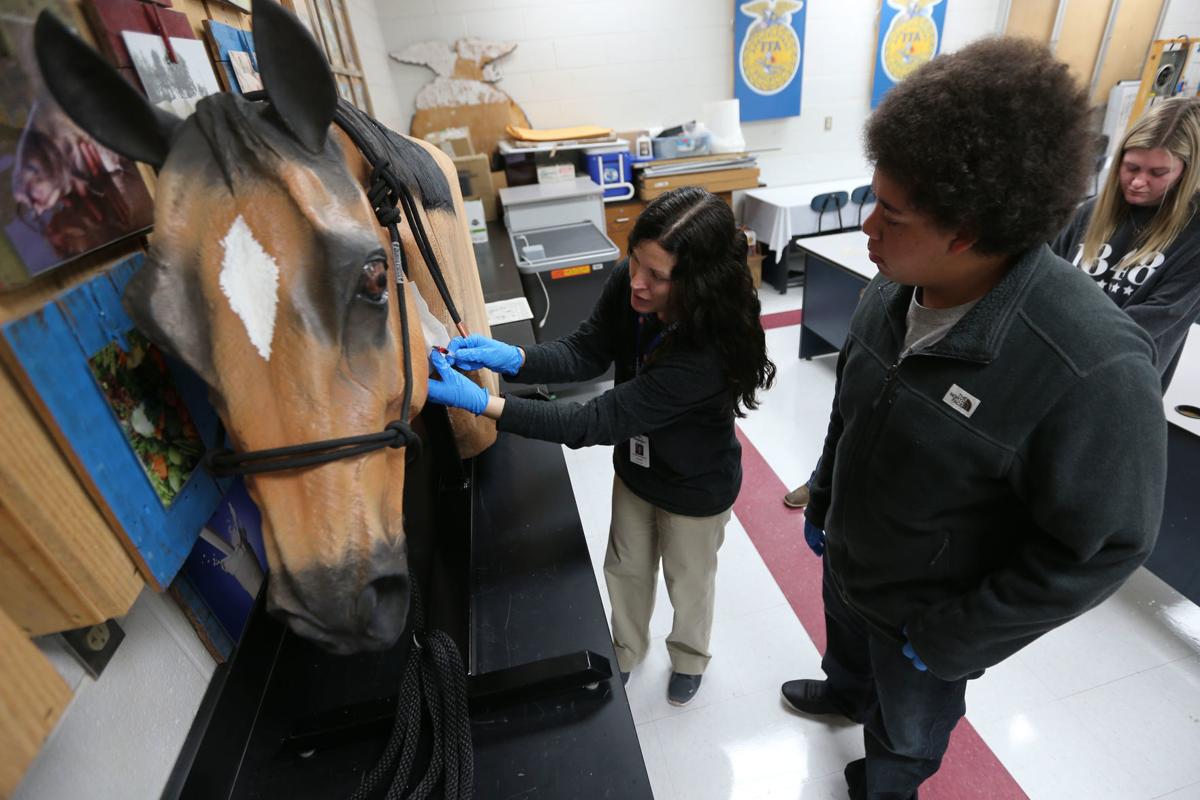 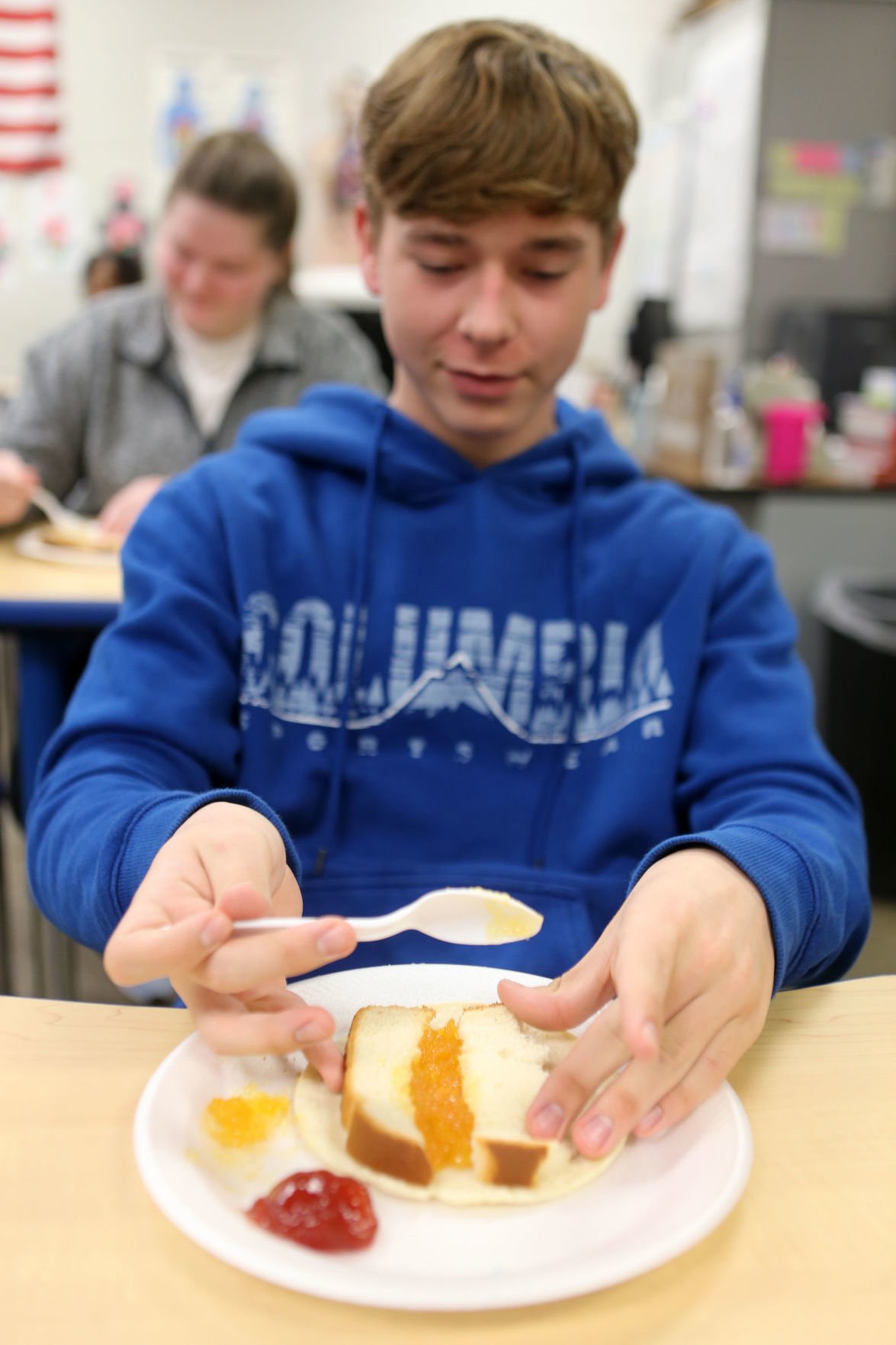 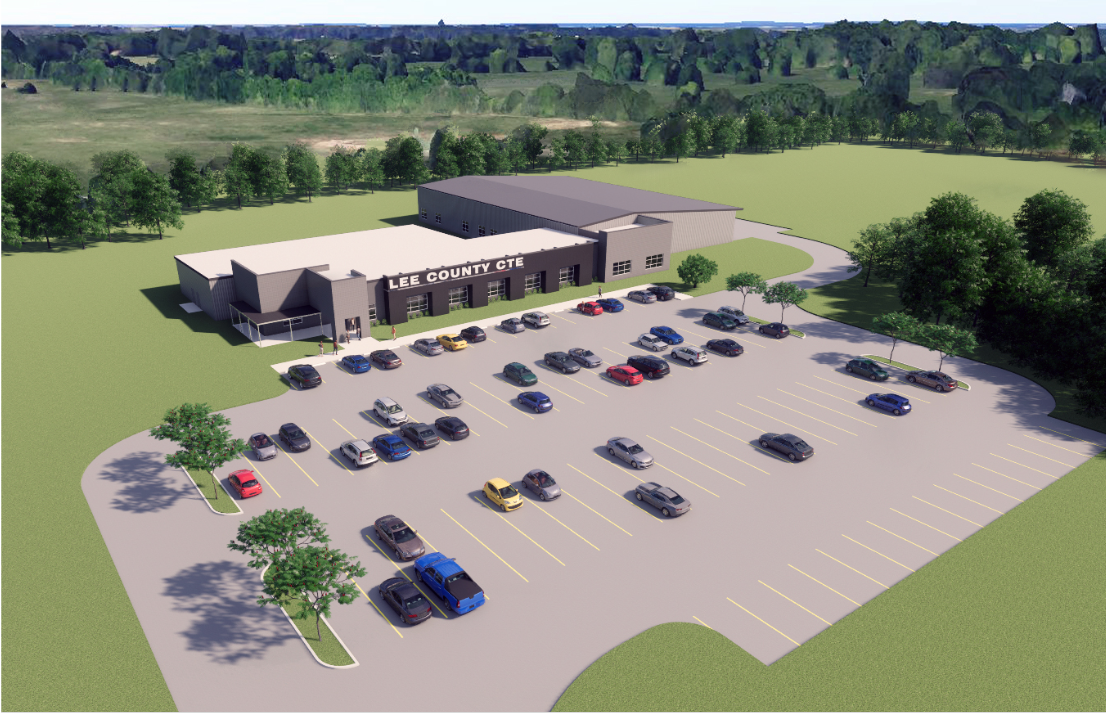 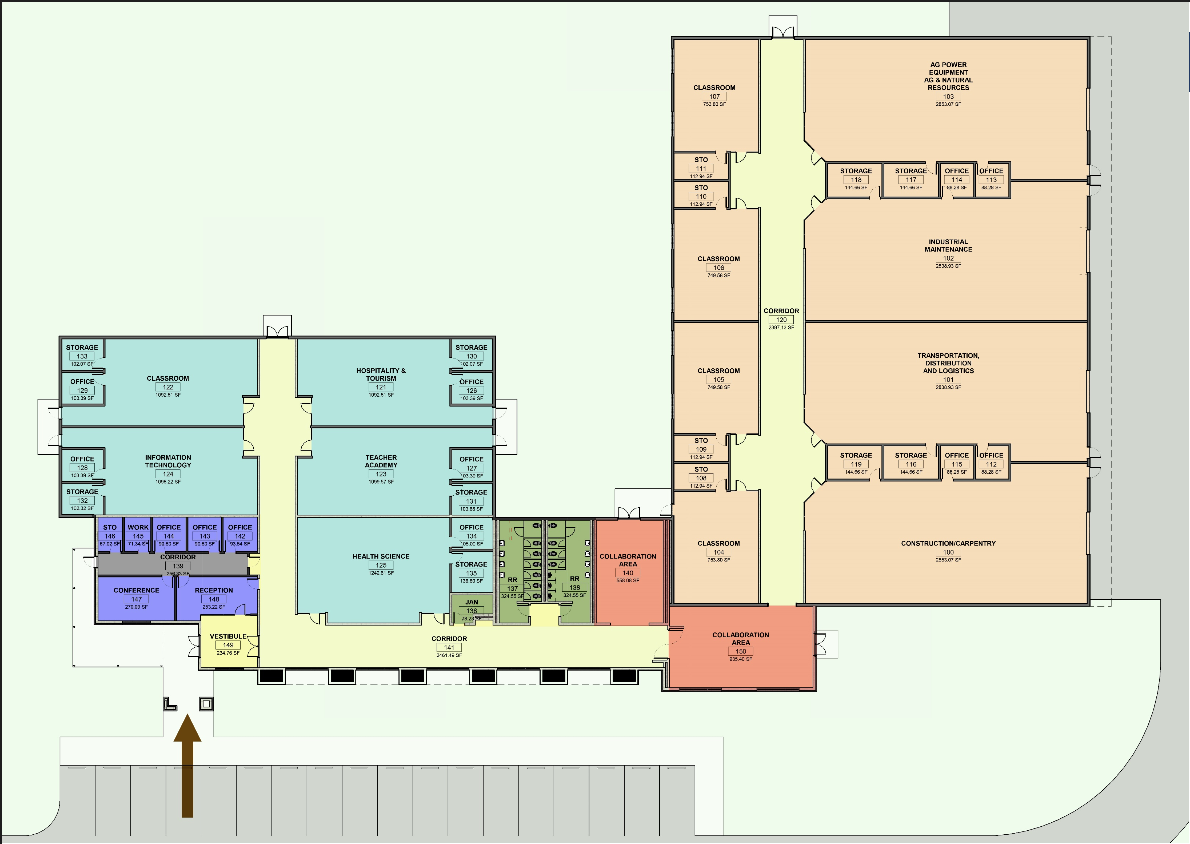 Charla Creel, the health science teacher at Saltillo High School, uses a skeleton to go over bones in the human hand as she reviews with her Health Science 1 class on Thursday.

TUPELO • Voters within the Lee County School District will decide at the polls on Tuesday whether to fund the construction of a proposed career and technical education center with a $15 million bond issue.

At least 60% of votes cast must be in favor of the bond issue for it to pass. Only residents living within the Lee County School District are eligible to vote. If approved, the bond issue will not increase tax rates.

Lee County superintendent Coke Magee said there will be discussions with administrators, principals and the community in the future on how to use the leftover money before taking any action.

Building the career technical center is the primary goal of the bond sale. The Lee County School District board of trustees first unveiled the plans during its monthly meeting on Nov. 18 and provided further details during a public interest meeting on Dec. 12 where designs and blueprints were presented by William Dexter of the PryorMorrow architecture firm.

The proposed 33,000 square foot facility is expected to accommodate 140 to 180 students at a time. It will include five classrooms and four shop areas with classrooms. Centrally located restrooms, a conference room and two collaborations spaces for events like job fairs and mock interviews will also be included.

Parking spaces for up to 140 vehicles and buses will be provided, with buses transporting students to and from the technical center throughout the day.

There are eight proposed pathway programs that will be offered at the center. Four will be classroom-based: health science, teacher academy, information technology and hospitality and tourism. The other four will be shop-based: construction/carpentry; transportation, distribution and logistics; industrial maintenance and ag power equipment/ag and natural resources.

A survey gauging interest in specific programs will be distributed to students later this month.

Charla Creel, a registered nurse and health science teacher at Saltillo High School, said having a combination lab/classroom space will benefit her students, as her classroom and lab are currently in separate rooms.

Not only will the combined class space allow more students to work in the lab at once, they’ll be able to have more mannequins, hospital beds and equipment to use as well.

Laurie Baggett, FFA advisor and agricultural/environmental science and technology instructor at Saltillo High School, said the technical center will not only benefit students, but teachers, too.

“The way it is now, we’re spread out so we don’t get to really collaborate, whereas if we were on the same campus we could,” Baggett said.

For example, she and Creel might have the opportunity to collaborate on a cross-curriculum course in veterinary medicine.

The center will be built at the Community Development Foundation’s (CDF) new industrial park called the Hive where Lee County Schools owns 20.62 acres of land. Magee said he’s excited that CDF is partnering with the district to help train students for jobs in local industry.

The $2 million for security upgrades will be used to implement plans developed with help from Les Nichols, an expert school security consultant based in Georgia.

Earlier this year, Lee County Schools placed school resource officers at each campus in the district and installed new door lock and camera systems as part of that plan.

Other upcoming improvements the bond issue will fund include reinforcing property boundaries, strengthening doors and windows, installing a visitor management system that functions across all campuses and developing various security plans and training for teachers.

If approved, Lee County Schools should have the $15 million in hand about 90 days after the vote. Magee said construction on the career technical center will tentatively begin in late spring with a goal to have the facility completed by fall 2021.

Votes will be cast at voters’ regular polling places between 7 a.m. and 7 p.m. on Jan. 14 and absentee ballots are currently available at the Lee County courthouse.

Where to vote: LCSD voting precincts

• No. 106 – Hebron Precinct Bldg., across from Saltillo Fire Tower Building

TUPELO • It’s 2 a.m. and Stephanie Johnson sits in front of her computer again. While most Mississippians are sleeping, Johnson is teaching En…

Steph Curry made a morale-boosting call to coronavirus nurses

How Joseph Gordon-Levitt stays creative during a pandemic

POLL: Are you wearing a mask when you go out now?