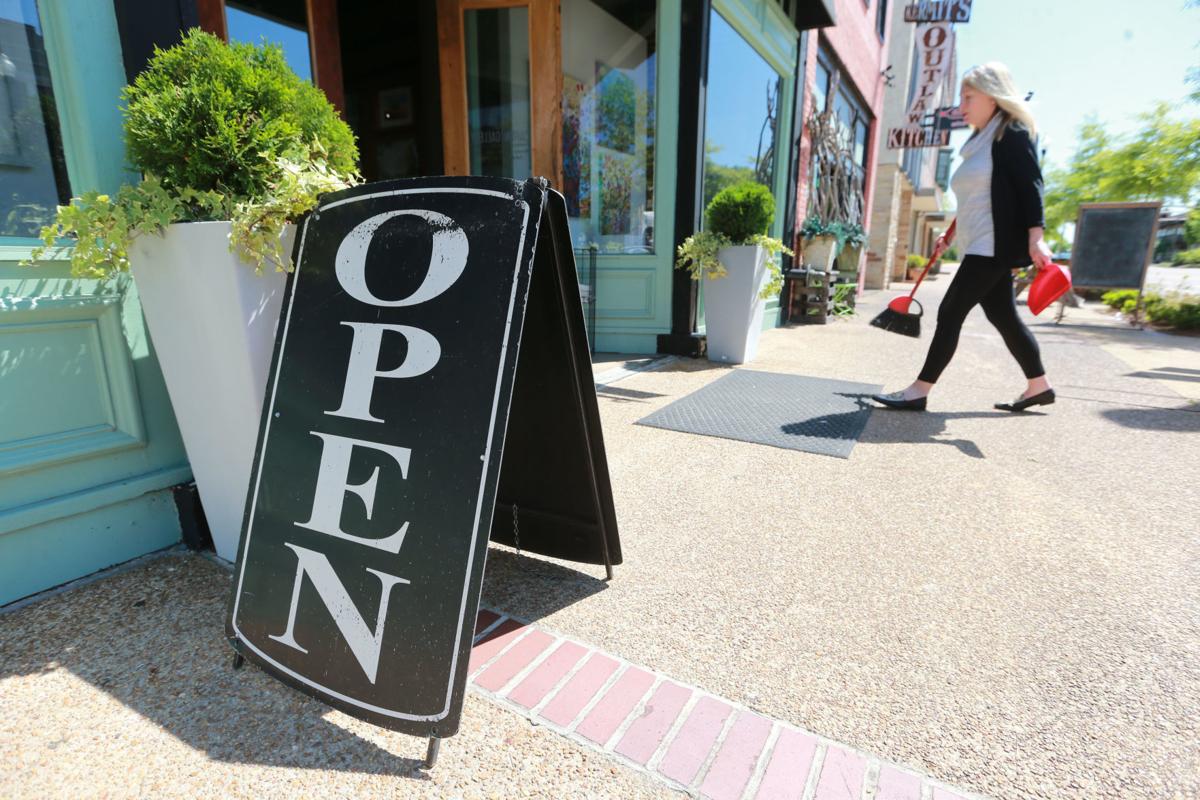 Caron Gallery owner Kim Caron sweeps the entrance to her store Monday morning after being closed for nearly six weeks due to the coronavirus. 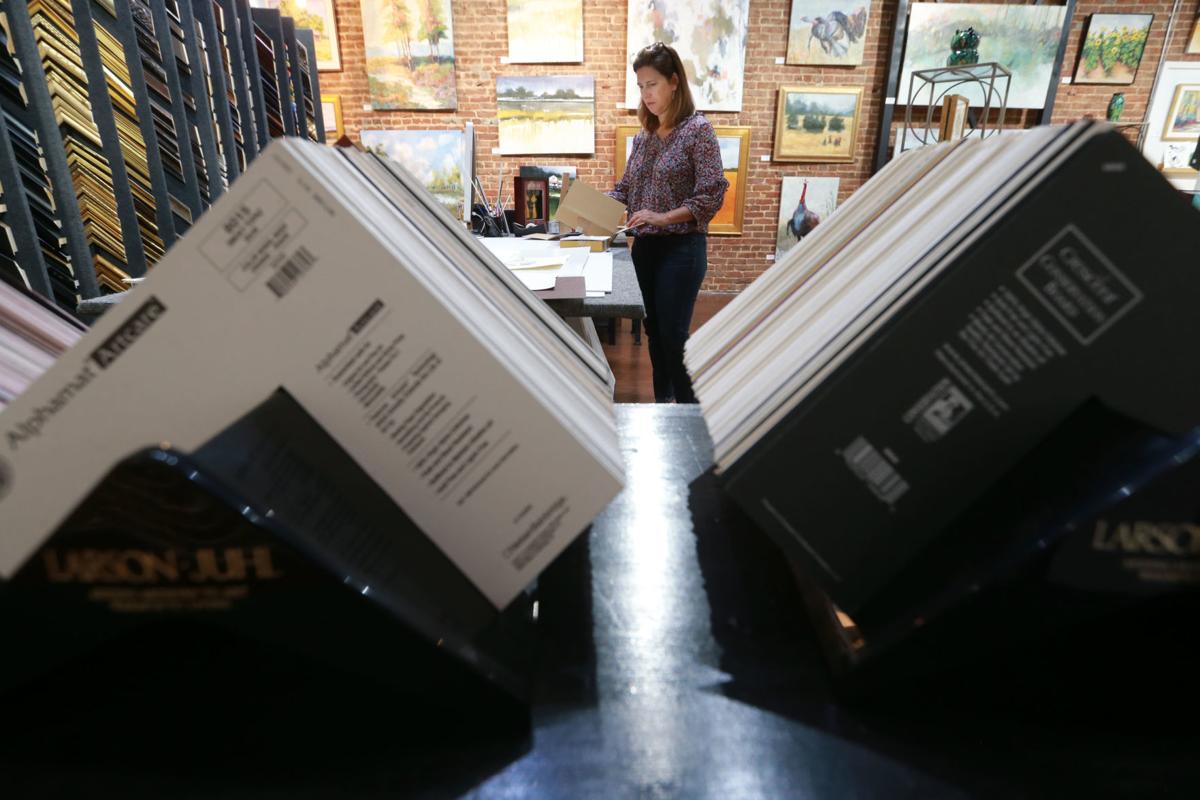 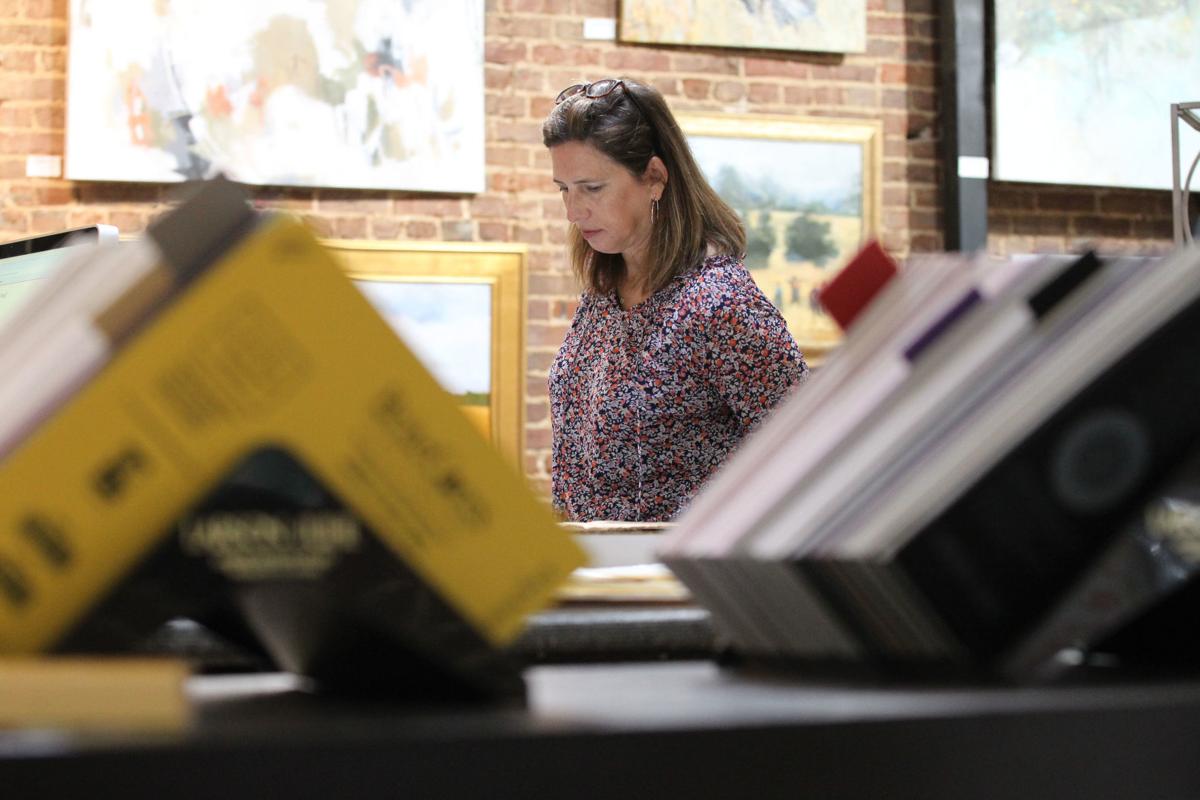 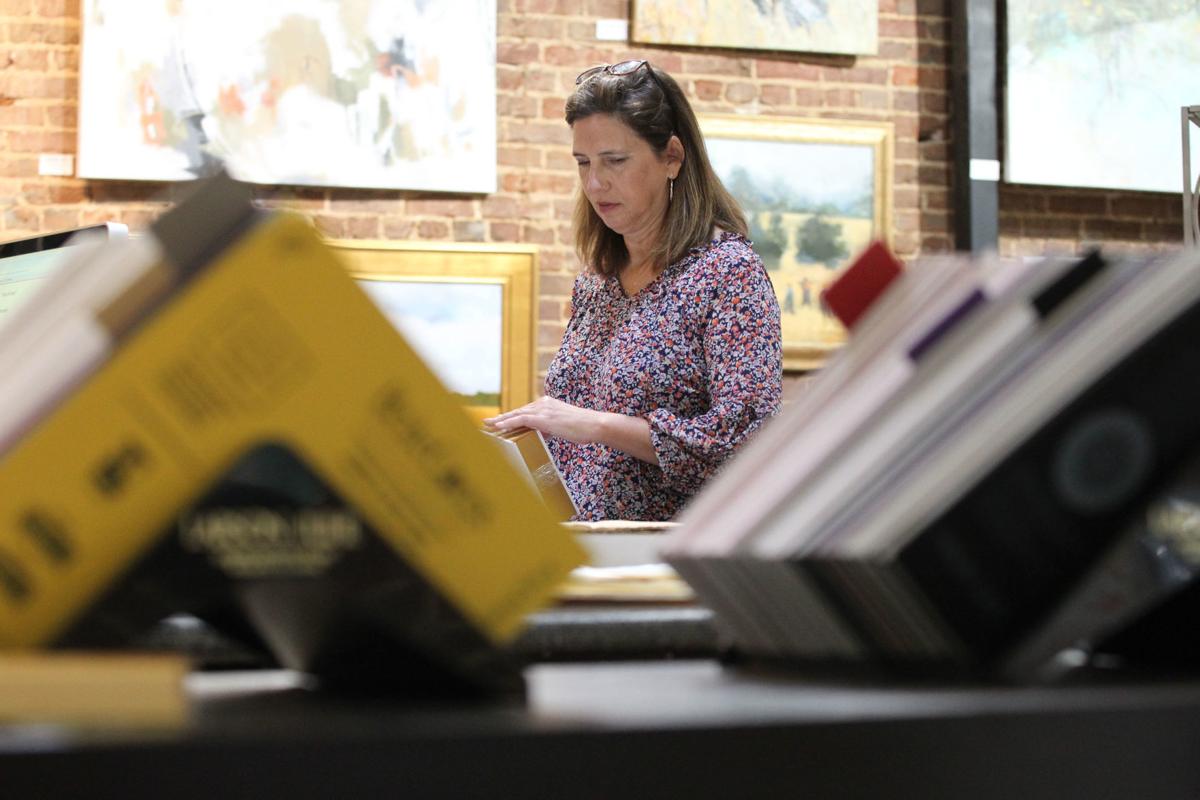 Caron Gallery owner Kim Caron sweeps the entrance to her store Monday morning after being closed for nearly six weeks due to the coronavirus.

TUPELO • Kim Caron is marking the 10th anniversary of the Caron Gallery this year, but the celebration has been a bit muted thanks to the coronavirus.

For six weeks, her art gallery on Main Street in downtown Tupelo has been closed to the public. But on Monday, she finally reopened.

“When I first closed, I figured it would be at least a month,” she said. “We closed on the Tuesday of spring break. I just said we just need to shut the doors.”

Caron opted to work from home mostly, meet customers at the gallery if needed and continued to ship purchases.

“We had gotten back from spring break and that’s when things started to blow up,” she said. “We were hoping for the best but feared the worst. We were really worried. We wanted to take care of our staff and the people who came in here. It wasn’t an easy decision.”

While she closed the doors to the public, she still worked in the gallery. She moved everything around to present a new look. She also started having artists post on Instagram and Facebook daily with their works.

“We’re trying to be very cautious and keep our six feet apart or more,” Caron said. “We’ve got some masks, too, to let our customers know we’re being conscientious.”

Next door, Amsterdam Deli was filling pickup and delivery orders. When owner Ruth Erar moved her restaurant downtown earlier this year, she rolled out a new menu and expanded the capacity of the restaurant. Much of that momentum was lost when the COVID-19 virus hit, forcing Erar to make a choice – stay open or close. She chose the former.

“I thought it was going to blow over, but it just got worse and worse,” she said. “I didn’t really want to close. In a lot of people’s minds, it would be easier to close, but everybody has to work, too, so we decided to try it.”

Curbside and delivery has sustained the business, but the work is made more difficult with a smaller staff.

“It’s exhausting,” Erar said. “You feel like you’re working 10 times harder and then you look at the numbers and laugh.”

Customers are steadily coming back, she said, although business is still only a fraction of what it was.

She’s hoping that once more businesses open and shelter-in-place orders expire, diners will eat out again.

“I guess time will tell,” she said. “At least we’re surviving.”

Across Main Street, Reed’s department store has been navigating the new normal, having been closed for seven weeks.

President Jack Reed said, “Our biggest seller has been gift certificates. A lot of graduates are getting them, and in some cases, the kids can add them altogether and have $200 or $300.”

Calls still come in for suits or pants or jackets or some other item, and Reed’s will meet the customers at the door or take their purchases to them. Appointments also are available. Doing business has taken some adaptation to the environment.

Hand sanitizer stations have been set up throughout the store in anticipation of it reopening on a larger scale, which could occur Friday.

“I think what we want to do is reopen carefully.”

That’s also the case at MLM, where owner Joe Yarber has been coming to his specialty clothing shop daily, but locking the door.

“Well, I wasn’t going to sit at home and do nothing,” he said with a laugh. “If somebody came up and wanted in, I let them in. But I’ve been doing curbside, making deliveries and I even paid my employees to stay home.”

Yarber, Caron and Reed all applied for and received loans through the Paycheck Protection Program, which provided $349 billion to small businesses to help keep them open by paying for utilities, rent and labor costs. it’s meant to be a lifeline for businesses struggling though the pandemic.

The federal government has already approved or given out more than 2 million loans and grants to small businesses totaling nearly $360 billion; another $310 billion is on the way. Still, the money may be at best a stopgap for companies with little to no revenue coming in. And the new funds are expected to go so quickly that thousands of owners won’t get loans.

Yarber said every little bit helps, as clothing stores have missed out on big sales.

“I missed Easter, I missed the High Point Furniture Market with guys coming in getting new coats and ties,” Yarber said. “But we’re going to hang around for a while.”’

Caron said she had no qualms with orders to stay at home and only keep essential businesses open. She’s not sure if the worst is over, but is confident that social distancing and the awareness of the virus will stay top of mind for customers and business owners alike.

“I know we’ve flattened the curve and saved lives for doing it, and that’s more important than any dollar,” Caron said.