Registered voters can either call the municipal clerk’s office to request an absentee ballot by mail or physically go to City Hall to cast an absentee ballot. Absentee voting will continue in-person through Saturday, June 5, which is the Saturday before the election day.

Qualified voters can cast an absentee ballot in City Hall during normal operating hours from 8 a.m. to 5 p.m. on Monday through Friday. City Hall will also be open from 8 a.m. to noon on Saturday, May 29 and Saturday June 5 for people to cast a ballot in-person. 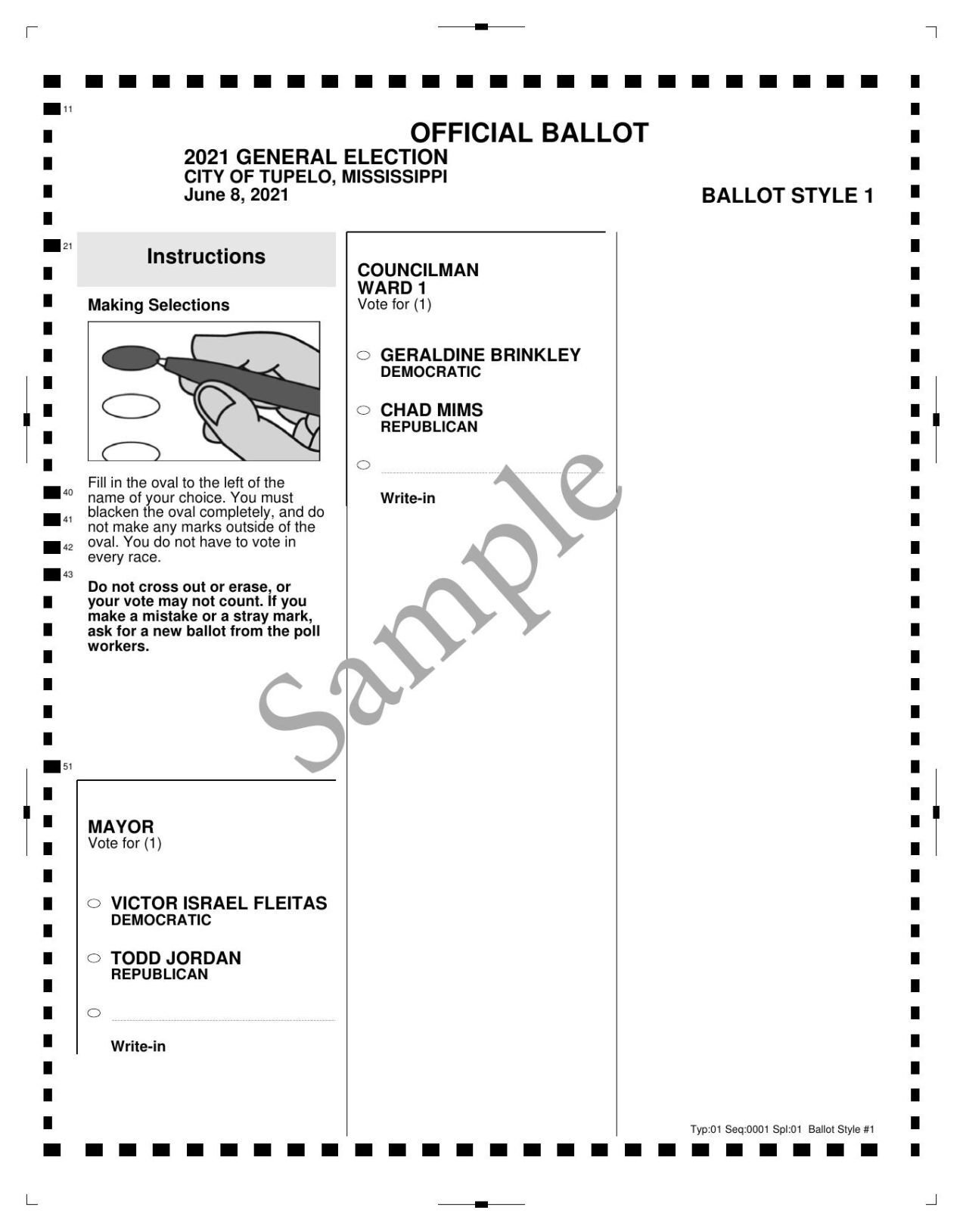 This summer's municipal elections include a contested mayoral race between Republican Todd Jordan and Democrat Victor Fleitas and contested council races in five of the city’s seven council wards.

If voters have any specific questions about whether they are qualified to vote by absentee or which ward they are located in, they are encouraged to contact the municipal clerk’s office at either 662-841-6505 or 662-841-6506.

Kim Hanna, Tupelo’s municipal clerk, said this year's ballot will be contained to a single sheet, and even though two of the city’s seven council seats are uncontested, the contested mayoral race means “there will be a contested race in every single ward.”

Mississippi has some of the most restrictive absentee voting laws in the country with no provisions for early voting, and only a limited number of excuses that voters may legally cast absentee ballots in advance of election day.

Some of the more common qualifying excuses are the following:

• Away from county of residence on election day for any reason.

• Required to work on election day throughout the time in which polls are open.

• The spouse or caretaker of someone who is disabled and hospitalized outside the county of residence or more than 50 miles from residence.

To vote by absentee in-person, voters must bring a valid form of photo ID such as a driver's license or a passport.

Who's on the ballot?

General election races in Tupelo are as follows:

Absentee ballots returned by mail are valid as long as they are postmarked by Election Day and received within five business days of the June 8 election – which will be on June 15.

Mom gets emotional during heated forum on critical race theory