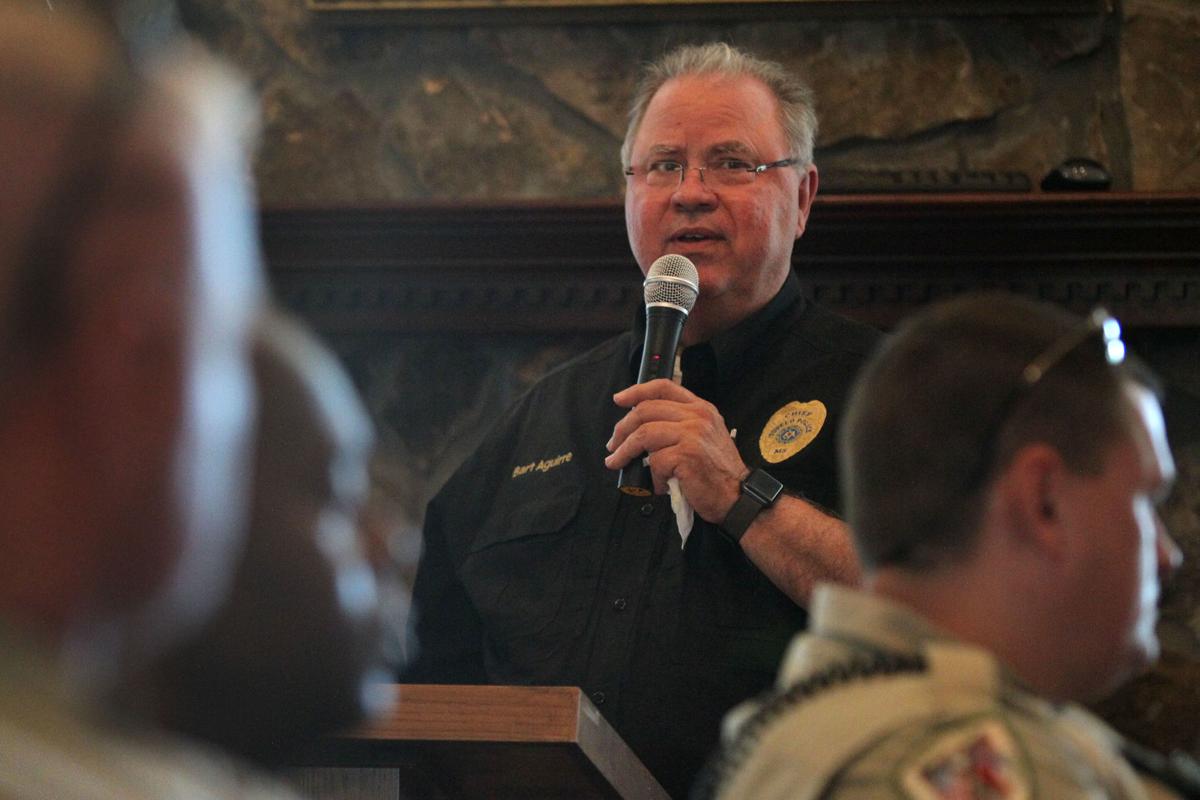 Tupelo Police Chief Bart Aguirre take a few minutes to thank the residents of the Villages Neighborhood Association for their time and effort for hosting a cookout for all first responders Thursday afternoon in Tupelo.

TUPELO • A city councilman is claiming there are problems with domesticated animals inside the city limits, and local law enforcement is not doing enough to enforce the city’s animal control ordinances.

Ward 2 City Councilman Lynn Bryan said at the beginning of the latest city council meeting that there had been more complaints than normal on social media about animals running loose in the city and owners not keeping their pets on a leash.

“The concerning thing is that when 911 is called, either the officer or officers are not on duty, aren’t available, can’t do anything about it, or something like that,” Bryan said during the meeting.

After the meeting, Bryan told the Daily Journal he made the remarks because “dogs have been running loose” in neighborhoods located in his district.

“Lynn caught me by surprise,” Aguirre told the Daily Journal. “It was like he was waiting in the bushes to attack me.”

Aguirre said Bryan has not contacted him since he made the remarks at the meeting, but he would be willing to talk to Bryan about his concerns. Aguirre did confirm that the majority of the department’s animal control calls are about barking complaints and leash violations.

“If it needs a response from me, he would’ve contacted me,” Aguirre said. “We’re more than happy to talk with him.”

Aguirre said in the past, there have been two animal control officers on duty to handle domestic animal-related activity, but one of the officers had recently transferred to be a school resource officer.

“We’ve opened up that position,” he said. “We’re in the process of looking for someone to fill that job.”

“Maybe that’s why the police can’t do anything, is because (the animal shelter) can’t take any more animals in.”

TUPELO – Leadership of the Tupelo-Lee Humane Society has once again suggested that the construction of a new animal shelter is imminent.

Metta World Peace shares one of his favorite Kobe memories

Sheriff: 9 people on board helicopter that crashed