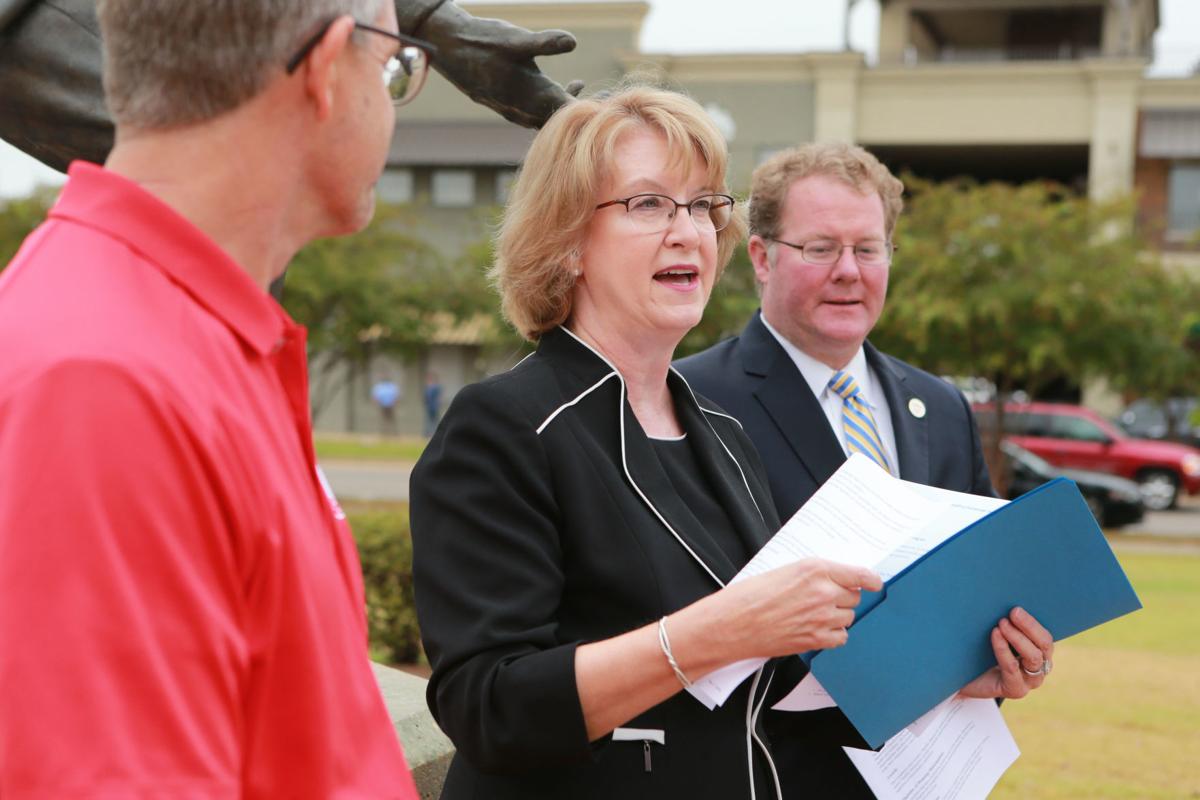 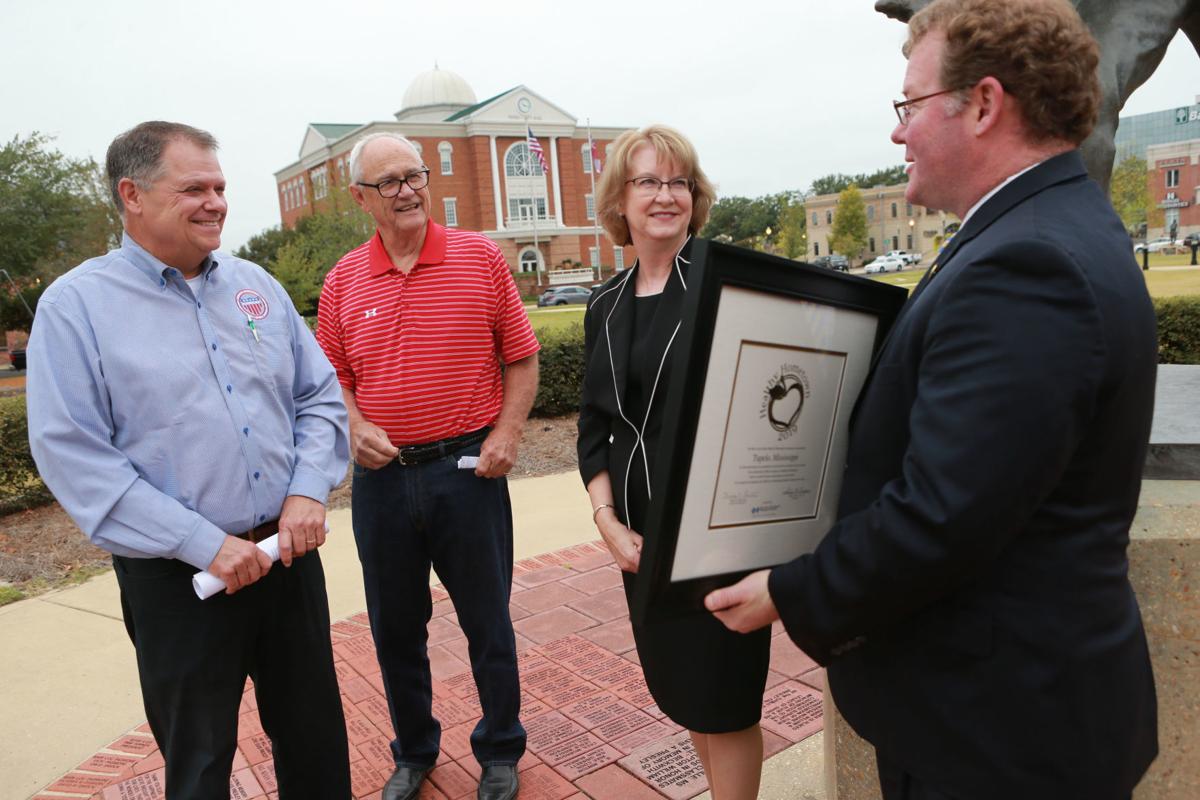 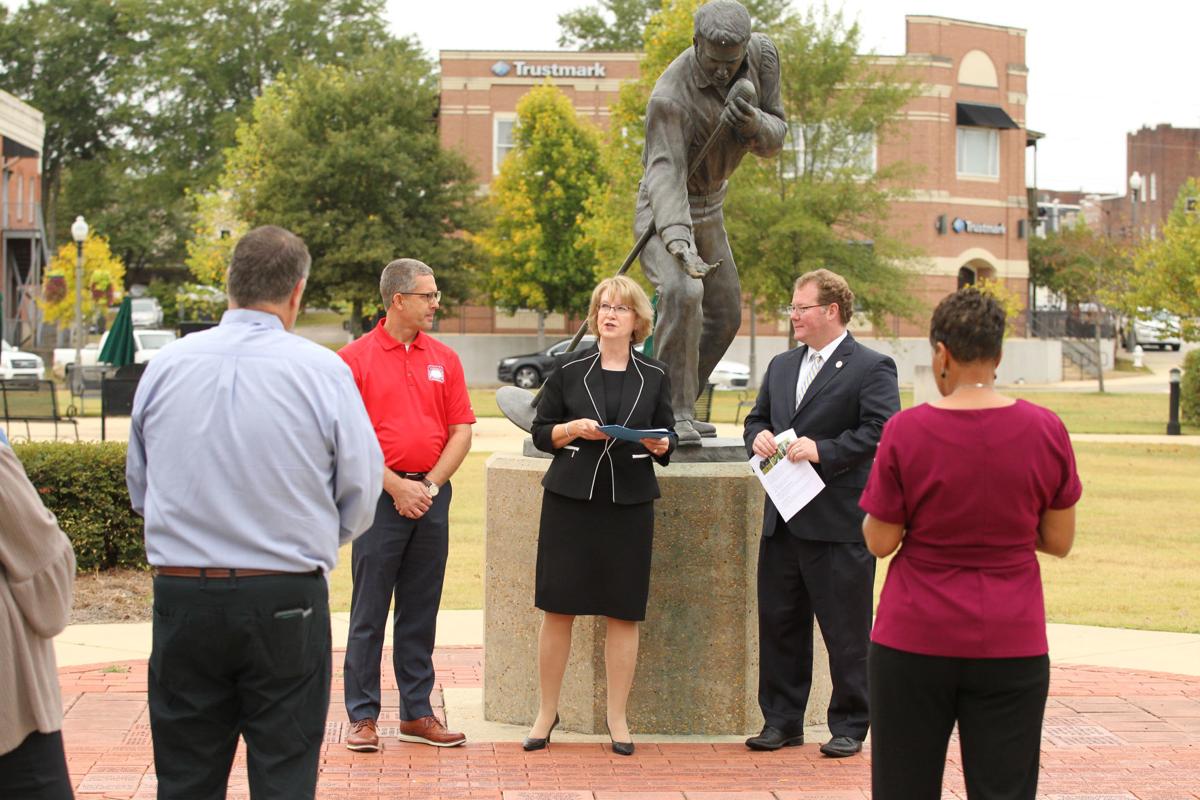 Sheila Grogan, the president of Blue Cross and Blue Shield of Mississippi Foundation, center, presents the City of Tupelo with the Healthy Hometown award for its work over the last year promoting a healthy community Tuesday in Fairpark.

Sheila Grogan, the president of Blue Cross and Blue Shield of Mississippi Foundation, center, presents the City of Tupelo with the Healthy Hometown award for its work over the last year promoting a healthy community Tuesday in Fairpark.

TUPELO • The Blue Cross and Blue Shield of Mississippi Foundation on Tuesday presented the City of Tupelo with a $50,000 Healthy Hometown Award for the city’s efforts to increase healthy living among residents.

The foundation ultimately chose the city as a recipient of the award because of the city’s efforts on creating a mayor’s health council, having private organizations partner with the city to promote health, the city cultivating community gardens and other efforts to promote healthy living.

Mayor Jason Shelton said it was “heartwarming” for the city to be recognized for its efforts to cultivate a healthy culture, but a lot of the credit goes to private businesses and organizations that have partnered with the city and people who have volunteered on healthy task force initiatives.

Shelton said in the future he wants to have even more invest more efforts to help foster a healthy environment within the city and plans to use local parks to provide residents with free health programs, which is one area where Shelton plans to invest the award money.

The grant award has a restriction attached to that only allows the funds go toward further improving a city’s health and wellness culture.

“I hope to bring back the Tupelo Fit Program where we had free exercise programs that utilize our facilities,” Shelton said.

Shelton said this would showcase the city parks while allowing people access to free means to promote a healthy lifestyle.

Alex Farned, the director of the city’s parks and recreation department, said the mayor was “hitting the nail on the head” by wanting to expand fitness activities to the city’s parks.

“What a better way to continue this than have opportunities in our city parks?” Farned said. “It’s a great way to have access to fitness.”

Sheila Grogan, the president of Blue Cross and Blue Shield of Mississippi Foundation, said Tupelo is to be congratulated for its efforts and praised the city’s “Health on a Shelf” program, which is an initiative to have healthy food and snacks on display in local stores.

“This is a model for other cities in our state so that Mississippians, and individuals in Tupelo can go in convenience stores and easily find healthy foods and beverages.”

Grogan said this past year more cities applied for the award than at any other point in the program’s history.

The city also received health-related awards in both 2010 and 2012 from the foundation.

TUPELO • The city received a $50,000 award from the Blue Cross/Blue Shield of Mississippi Foundation for the Mayor’s Healthy Task Force at the…

Kobe Bryant: There are women who could play in NBA "right now"

Official: No survivors in helicopter crash