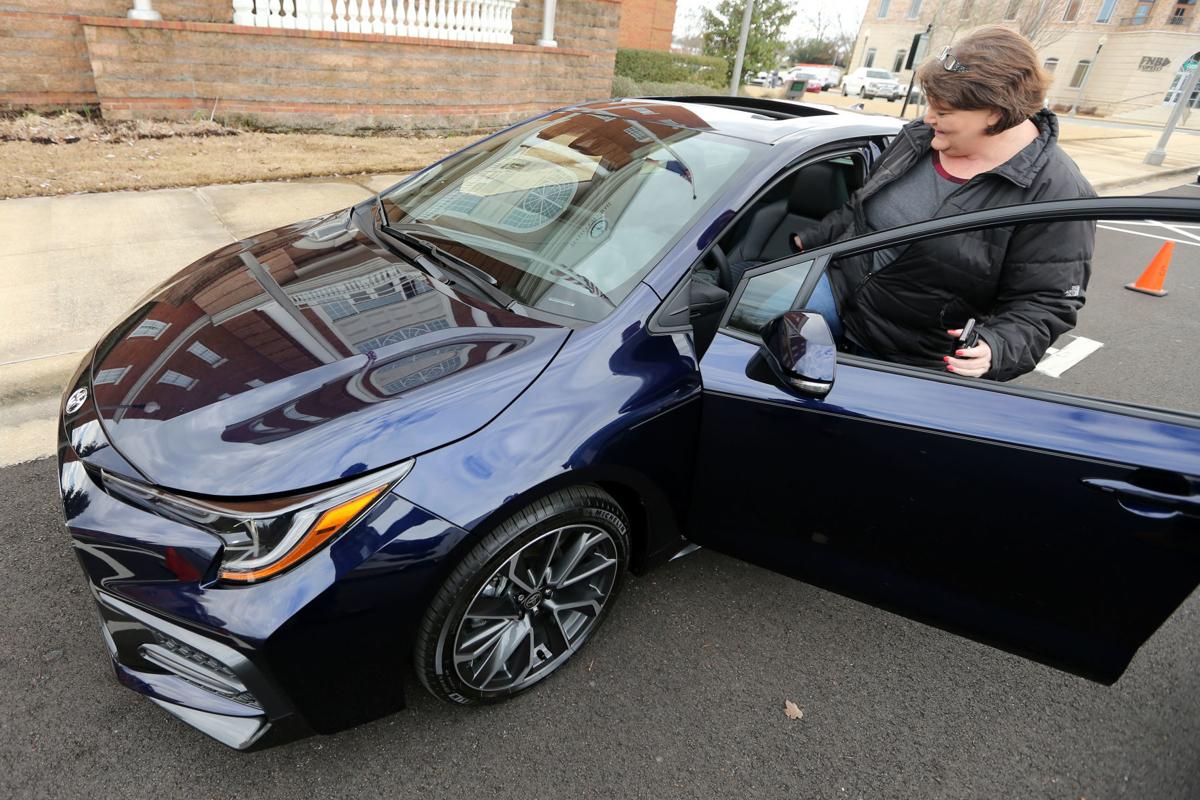 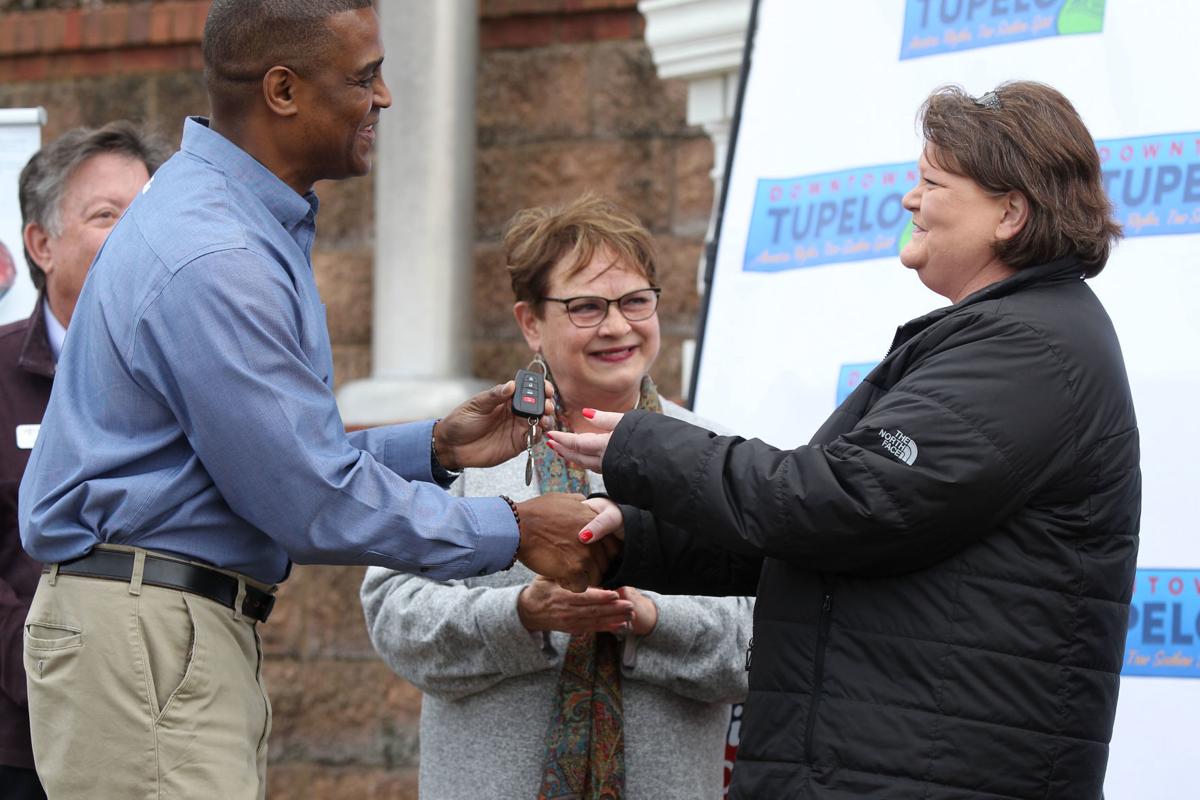 At 10:30 p.m., the Fulton resident bought a chance on the 2020 Toyota Corolla XSE that would be given away during Tupelo’s downtown celebration. Fifteen minutes into the new year, Nichols’ name was announced as the winner.

“I started screaming,” Nichols said, recalling her reaction. “I was standing in front of the stage waiting for them to announce it.”

Nichols was presented her new car Friday afternoon in front of City Hall. The one-of-a-kind Corolla, painted in dark blue as a tribute to Elvis Presley’s “Blue Suede Shoes,” was parked a few feet away when she accepted the keys.

Nichols won the fundraiser raffle sponsored by the Downtown Tupelo Main Street Association. Participants could buy $50 tickets up until midnight on New Year’s Eve at Fairpark.

“My husband told me that if I was lucky, to go ahead and buy one and he’d stand away from me because he was unlucky,” she said.

Jones was also with his wife when she accepted her new car.

“It was her idea to buy the ticket. She wanted to,” he said. “We kind of walked away from it, and I told her, ‘Baby, you’re pretty lucky. You need to go back and buy you that ticket. I’ll give you $50 and I’ll stand at the gate while you buy that ticket’.”

Nichols and Jones own a 2018 Toyota Camry. Nichols will now drive the Corolla and Jones will take the Camry.

DTMSA executive director Debbie Brangenberg said the fundraiser pulled in more than $24,000, which will be used for tangible downtown projects.

Pence blames China, CDC for any delay in Covid-19 response

College student makes masks for deaf and hard of hearing