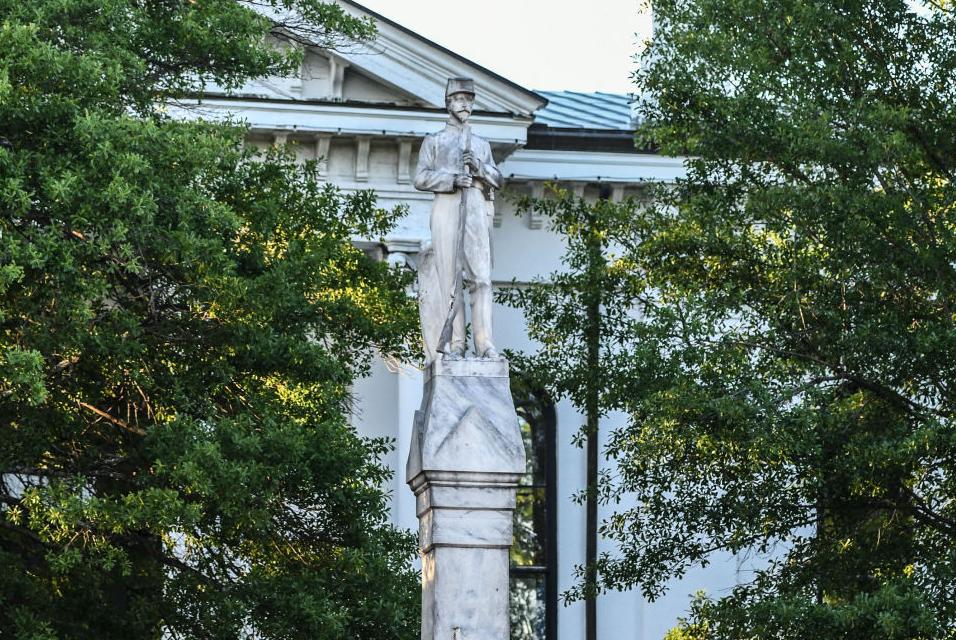 File photo of the Confederate monument in Oxford. 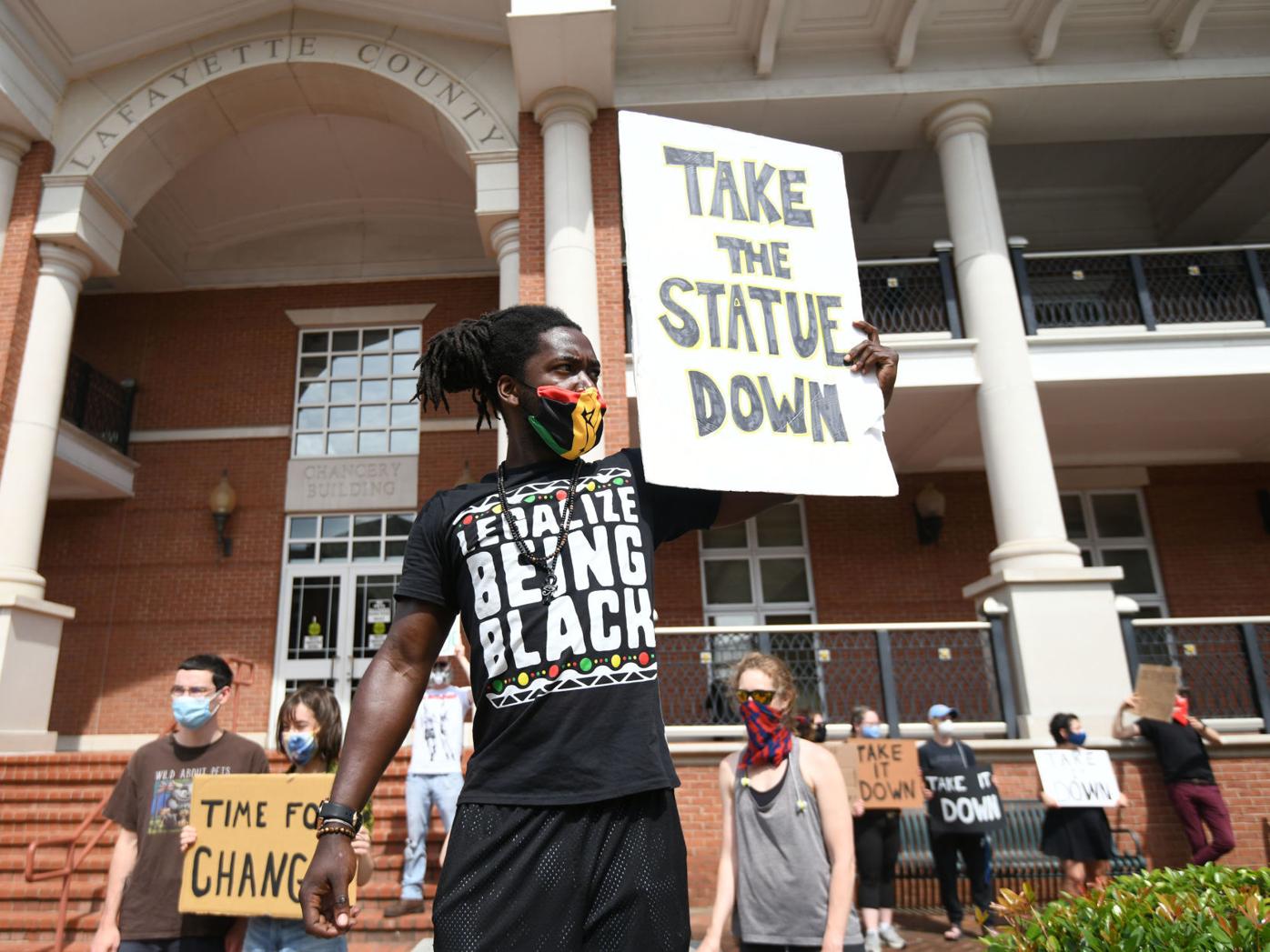 Charles Brewer II holds a sign up demanding the Lafayette County Board of Supervisors remove a Confederate monument on the Square in Oxford.

File photo of the Confederate monument in Oxford.

Charles Brewer II holds a sign up demanding the Lafayette County Board of Supervisors remove a Confederate monument on the Square in Oxford.

OXFORD • The Lafayette County Board of Supervisors on Monday evening unanimously voted to reject a proposal to relocate the Confederate monument that prominently stands in the middle of the Oxford Square to another location of county-owned property.

The board, composed of all white men, was not initially scheduled to vote on relocating the monument. However, the board amended its agenda at the beginning of the meeting to include voting on the monument proposal.

Several board members said they did not believe that relocating the monument would cause genuine unity in the county and community.

District 4 Supervisor Chad McLarty said he had numerous conversations with African American friends of his and constituents in his district, but he did not have a conversation with any of them where they stated that “the monument was an issue to them.”

“I myself have been a victim of racism due to the color of my skin,” McLarty said. “I’ve also been a victim of police brutality. What I do know is there are a lot of bad people in this world, and no matter how many statues, flags or pancake boxes you take down, they will still exist.”

District 3 Supervisor David Rikard said he also consulted with African American leaders and constituents in his district before making a decision about how he would vote.

“I want to encourage our community to come together,” Rikard said. “There’s been a lot of divisiveness. And I will say that I believe the majority of our community is standing together. I think there’s a lot of outside pressure, but I’m optimistic in Lafayette County and the city of Oxford.”

District 5 Supervisor Mike Roberts said he believed the biggest problem in the county currently is the issue of unity and the board is failing to find a way to be unified.

“You’ve seen us and our community and our county be drug into a national movement on police brutality. If you don’t think it doesn’t take a toll on these men and women who serve this county and protect it, you’re wrong,” Roberts said about local law enforcement officers.

Cole told the Daily Journal on Monday evening that the board’s vote was a mistake and he believes that “history will prove them to be on the wrong side and this particular battle will continue.”

“I suspect that much of the reason for their decision to keep it might very well be for political reasons and for maintaining their position,” Cole said.

Coronavirus variant first spotted in Brazil found in US

Police: Pediatrician fatally shoots another doctor and himself

Sterling: Riot was worst-case scenario in my head when calling out Trump

Burnett: This is the kind of thinking the GOP is embracing