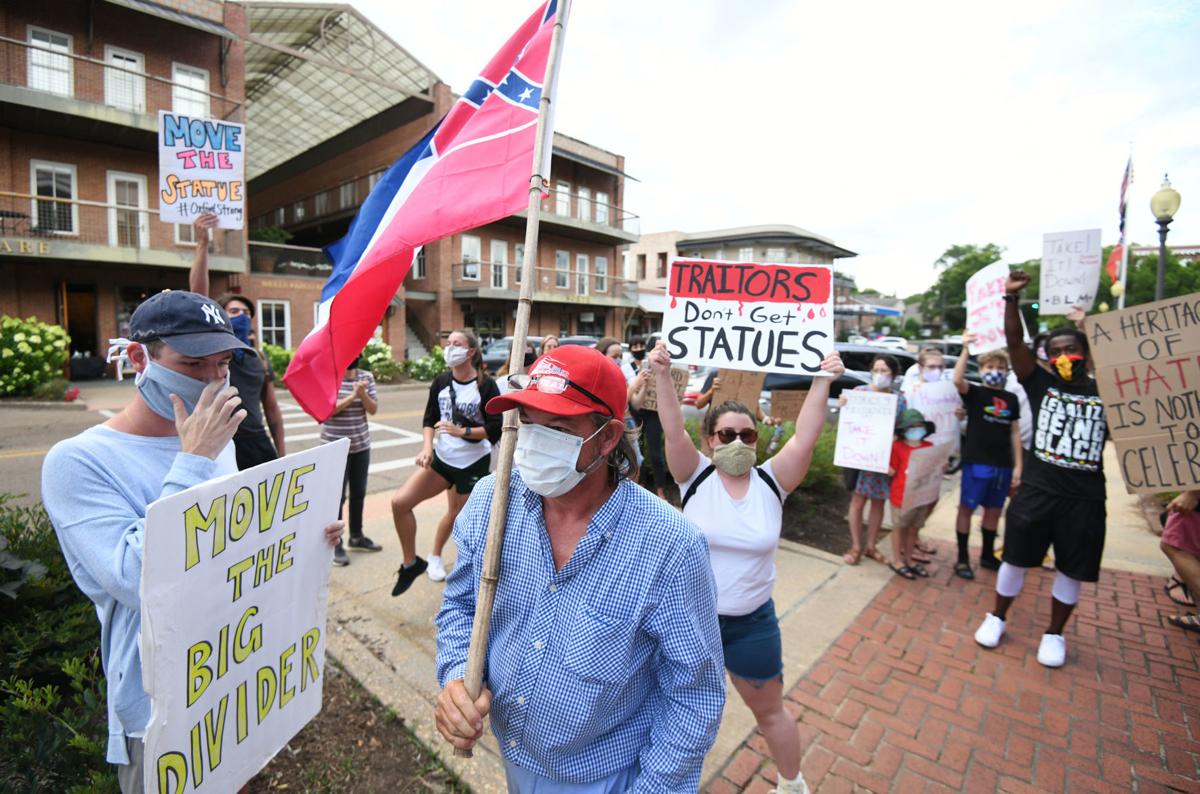 Charles Brewer II holds a sign outside before the start of a Lafayette County Board of Supervisors hearing concerning the Confederate statue on Monday. 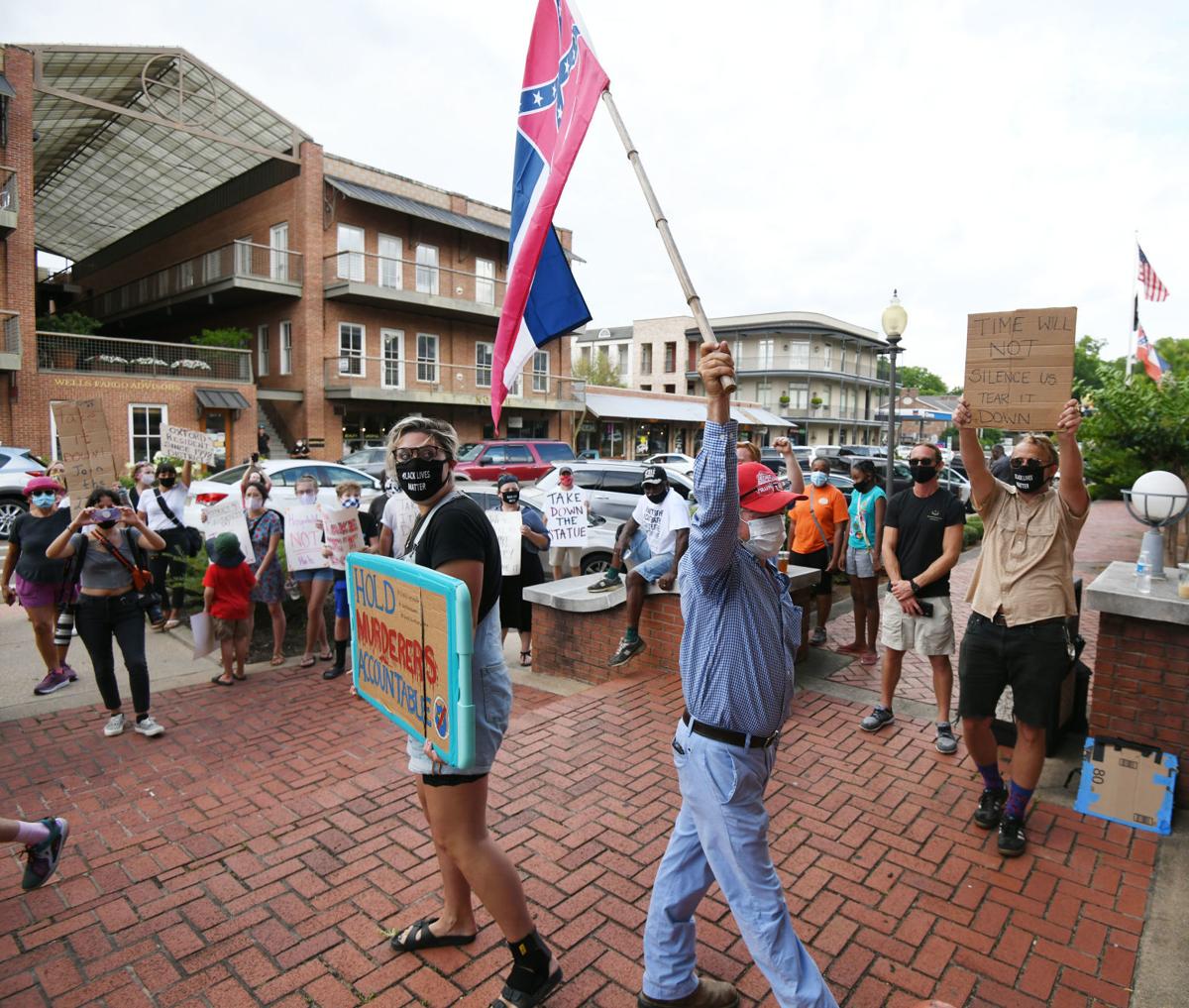 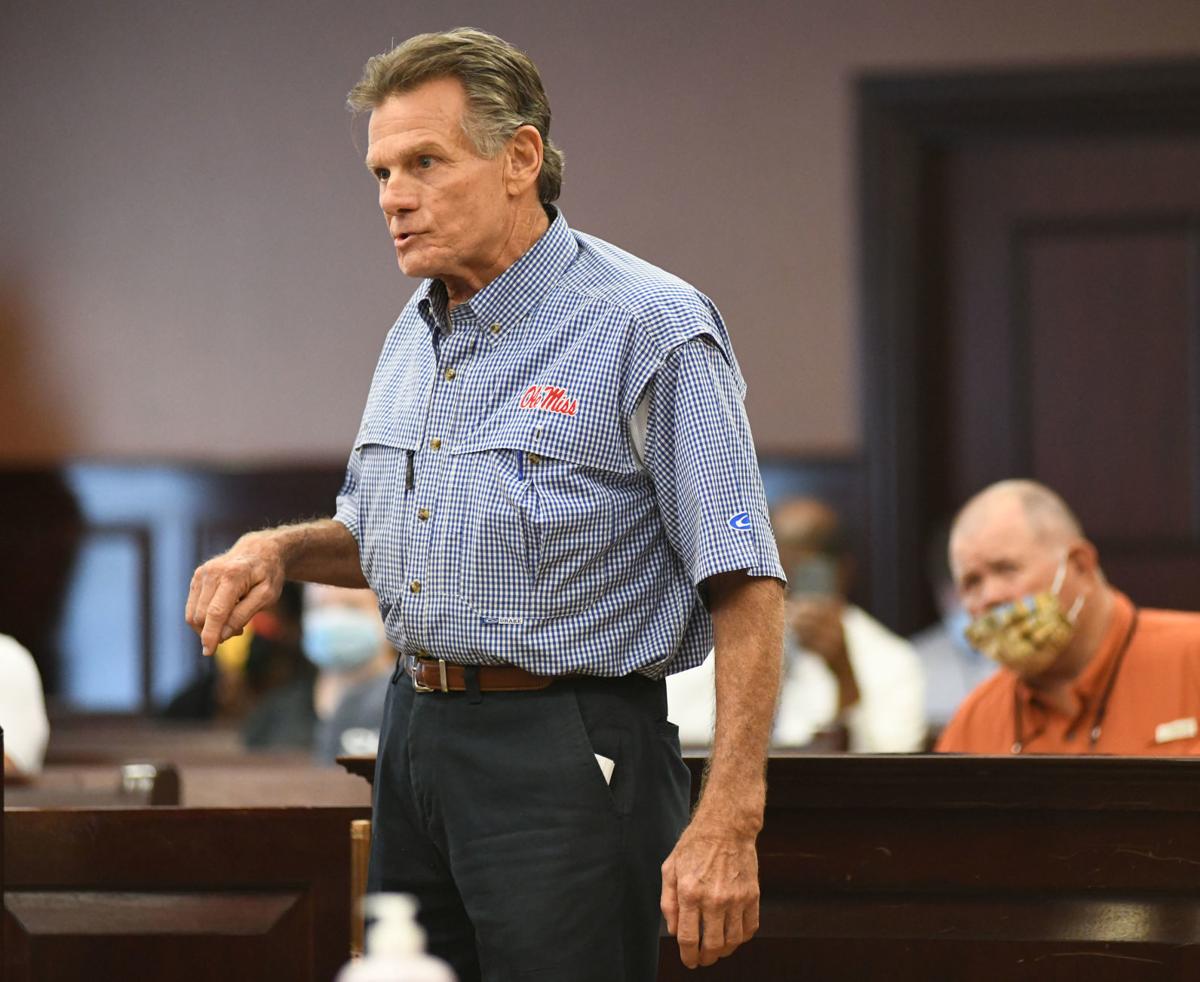 Charles Brewer II holds a sign outside before the start of a Lafayette County Board of Supervisors hearing concerning the Confederate statue on Monday.

OXFORD • Around 30 residents of Lafayette County on Monday night gathered in a small courtroom to deliberate if a Confederate monument standing mere yards away from where they were gathered should be relocated to a different area in the county.

The Lafayette County Board of Supervisors, which consists of all white men, convened a special meeting to listen to proponents and opponents of the statue’s relocation. The monument currently stands in the center of the Oxford Square and on property owned by the county.

“That statue is the most divisive, racial element in Lafayette County,” Dr. Donald Cole, who is an African American, said. “It represents no everlasting truth, and it was based on false promises. It does not represent my heritage nor the heritage of anyone who looks like me.”

Cole, a former associate provost at the University of Mississippi, told the Daily Journal after he spoke that he believes the statue will eventually come down. Now, the question is when it will come down and when elected officials will have the moral courage to make it come down.

“There’s no doubt if the soldier on the top of that statue had won the war, then people like myself would not have any opportunity to enjoy what America is supposed to stand for,” Cole said. “You have to recall that that statue represents individuals that fought against America.”

Opponents of relocating the monument said that those wanting the statue moved have a misunderstanding of the South’s correct history, and if people don’t want to look at the statue, they should not come back to Oxford.

Johnny Morgan, a former state senator, argued that the American Civil War was fought over economic issues, particularly unfair taxes on cotton crops. He also sarcastically said that he “learned a lot” today and should apologize to his teachers for teaching him an incorrect version of history.

“The people that elected you last November are the ones sitting at home, doing a Bible study and getting ready to work tomorrow,” Morgan said to the supervisors.

The discussion over relocating the statue comes at a time when the University of Mississippi, also in Lafayette County, is in the process of relocating its Confederate statue. The university is moving the statue from the Circle in the center of the campus to the Confederate cemetery, which is currently in a more secluded area of campus.

Oxford Mayor Robyn Tannehill in a recent Facebook video said that although she and the Oxford Board of Aldermen do not have the authority to relocate the statue, she believes the statue should “be relocated to a more appropriate place.”

“The Confederate statue does not represent our diverse community, and it certainly does not make every resident or visitor feel welcome,” Tannehill said.

In a recent social media post, several student athletes at the university also asked the board of supervisors to relocate the statue.

“We can’t be complacent with progress made thus far. We must continue to move forward in our journey toward equality,” one athlete said.

The supervisors did not share any opinions on their view of the statue, nor did they say if any future action from the board would take place regarding the statue.

Delantric Hunt, who has lived in Oxford for 11 years, urged the board to relocate the statue because he believes it was strategically placed in front of the courthouse to be a symbol of oppression.

“I know we cannot change the past nor are we trying to erase history,” Hunt said. “That is not the goal. By moving the large divider, it will give us a chance to write our present and future as a diverse but unified community – which is the true nature of Oxford and Lafayette County.”

Celebrating Fourth of July amid unrest throughout nation

CNN Commentator: Trump's behavior is the antithesis of patriotism