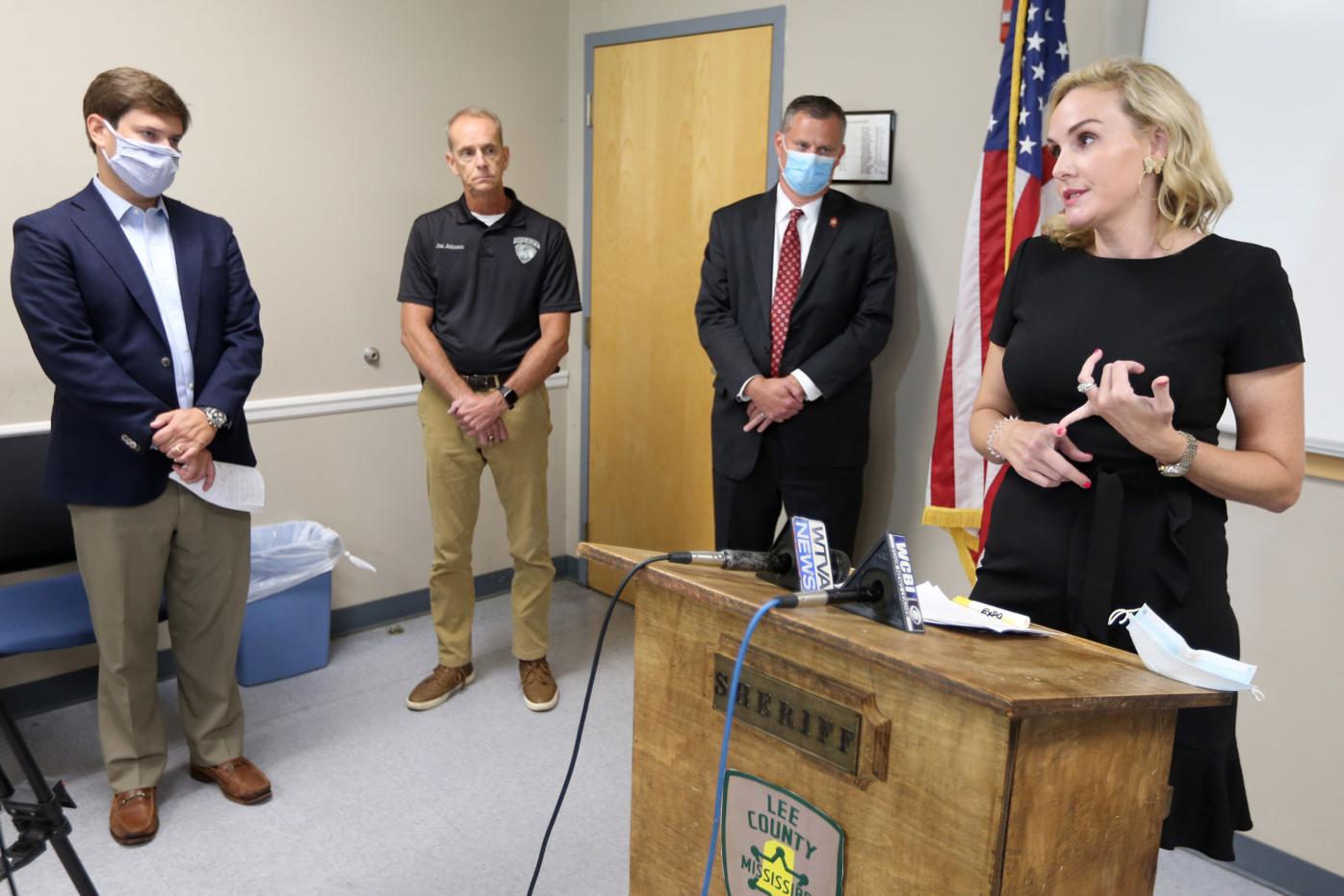 Dr. Katherine Pannel, a Psychiatrist at Right Track Medical Group in Oxford, speaks against Initiative 65, which would legalize medical marijuana in Mississippi. State and community leaders met Tuesday at the Lee County Sheriff’s Department in Tupelo to oppose the initiative. 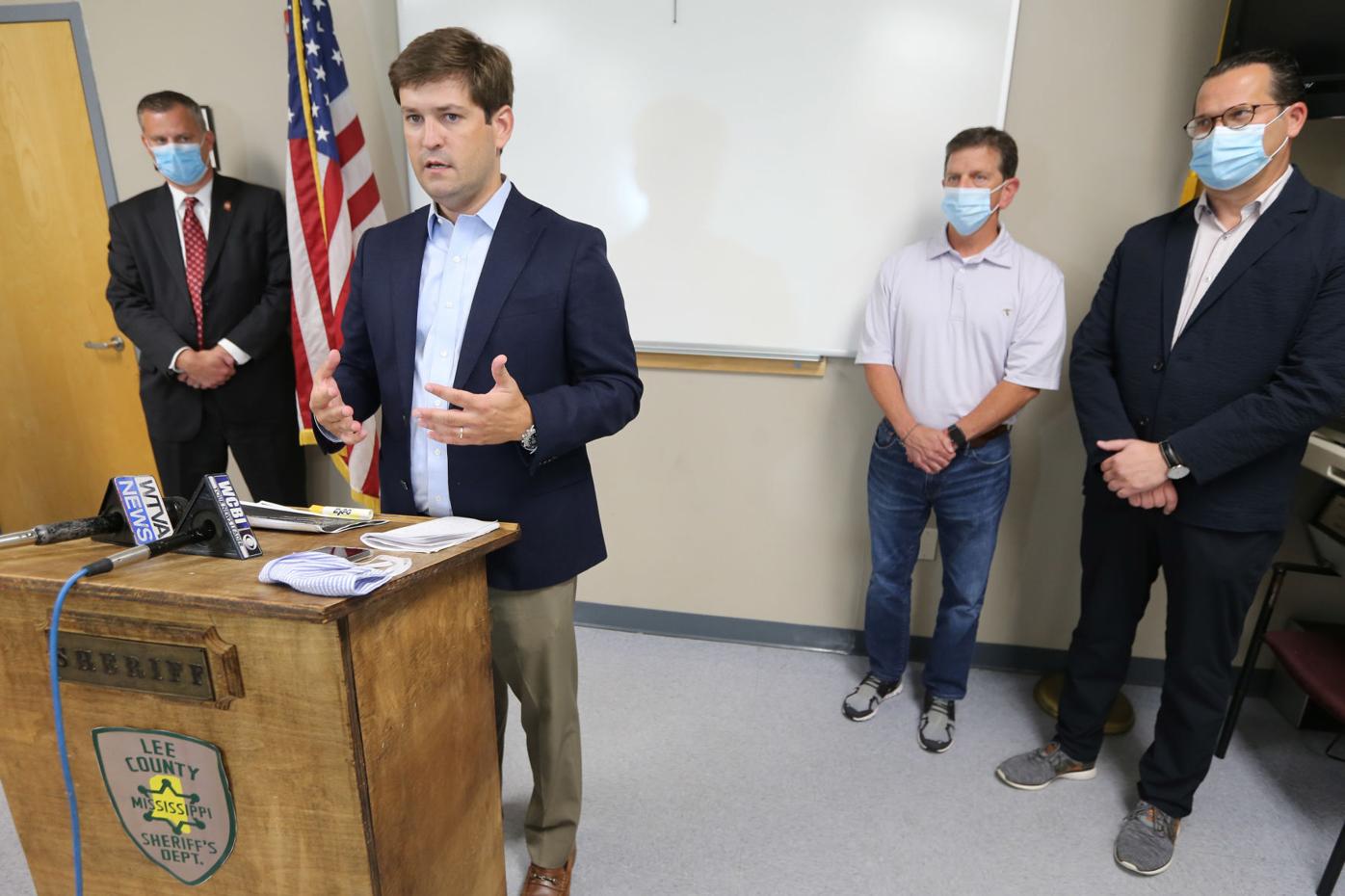 Jim Perry, member of the Mississippi State Board of Health, speaks against Initiative 65, which would legalize medical marijuana in Mississippi.

Dr. Katherine Pannel, a Psychiatrist at Right Track Medical Group in Oxford, speaks against Initiative 65, which would legalize medical marijuana in Mississippi. State and community leaders met Tuesday at the Lee County Sheriff’s Department in Tupelo to oppose the initiative.

Jim Perry, member of the Mississippi State Board of Health, speaks against Initiative 65, which would legalize medical marijuana in Mississippi.

TUPELO • Less than three months from the November election, a group of local law enforcement officers, politicians and health professionals have banded together to publicly oppose a citizen-sponsored medical marijuana initiative that will appear on the upcoming ballot.

Earlier this year, Mississippians for Compassionate Care, an organization pushing to legalize the use of medical marijuana statewide, gathered the required number of signatures to place an initial on the ballot for voters to either approve or reject adding a law to the state constitution that would allow Mississippi physicians to prescribe medical marijuana use under certain conditions.

But several local officials conducted a press conference at the Lee County Sheriff’s Department, Tuesday afternoon, in opposition of the measure.

Lee County Sheriff Jim Johnson told the Daily Journal that he believes law enforcement officials will not have the tools needed to police the use of medical marijuana and ensure that only certified people are using it.

“Whether they’re breaking into homes or stealing stuff or they’re using drugs, they will tell you as a criminal that their gateway and their startup was with marijuana, and it has elevated up to something worse,” Johnson said of illegal drug use. “I just can’t see where this is going to have a positive impact on the community.”

According to the current language of the initiative, the state health department would regulate most of the access to the product. Jim Perry, who sits on the state board of health, the organization that governors the health department, compared the the recent push to legalize medical marijuana usage to that of large tobacco corporations.

More than 30 states have legalized some form of medical marijuana use. Katherine Pannel, a psychiatrist based out of Oxford, said that despite its usage in other states, she still has not seen sufficient research concluding that marijuana is an effective treatment for any medical conditions or been used successfully in managing pain.

“There have been no studies to show that it’s been helped for pain, and the conditions in which you would actually use anything marijuana-based is already covered by other prescriptions,” she said.

Despite voting in favor of adding the alternative initiative to the ballot, state Sen. Chad McMahan, a Republican from Guntown, said he will likely vote against both initiatives because he opposes medical marijuana usage. McMahan said legalizing marijuana, even solely for medicinal purposes, would make policing more difficult for local law enforcement and could lead to a decrease in economic prosperity for the state.

According to Mississippians for Compassionate Care’s website, around 75 faith leaders, physicians and politicians have publicly declared their support for the proposal. To place an initiative on the ballot, the signature of about 106,000 registered voters must be gathered in about a year’s time. According to the organization, more than 228,000 people signed petitions to place Initiative 65 on November’s ballot.

By the time competing proposals to legalize medical marijuana appear on Mississippi’s November general election ballot, it could already be th…

Why the Senate race in deep red Kentucky is worth watching

Why the South Carolina Senate race is worth watching

North Carolina could be crucial in the fight for the Senate

A once purple state, to Democratic stronghold?