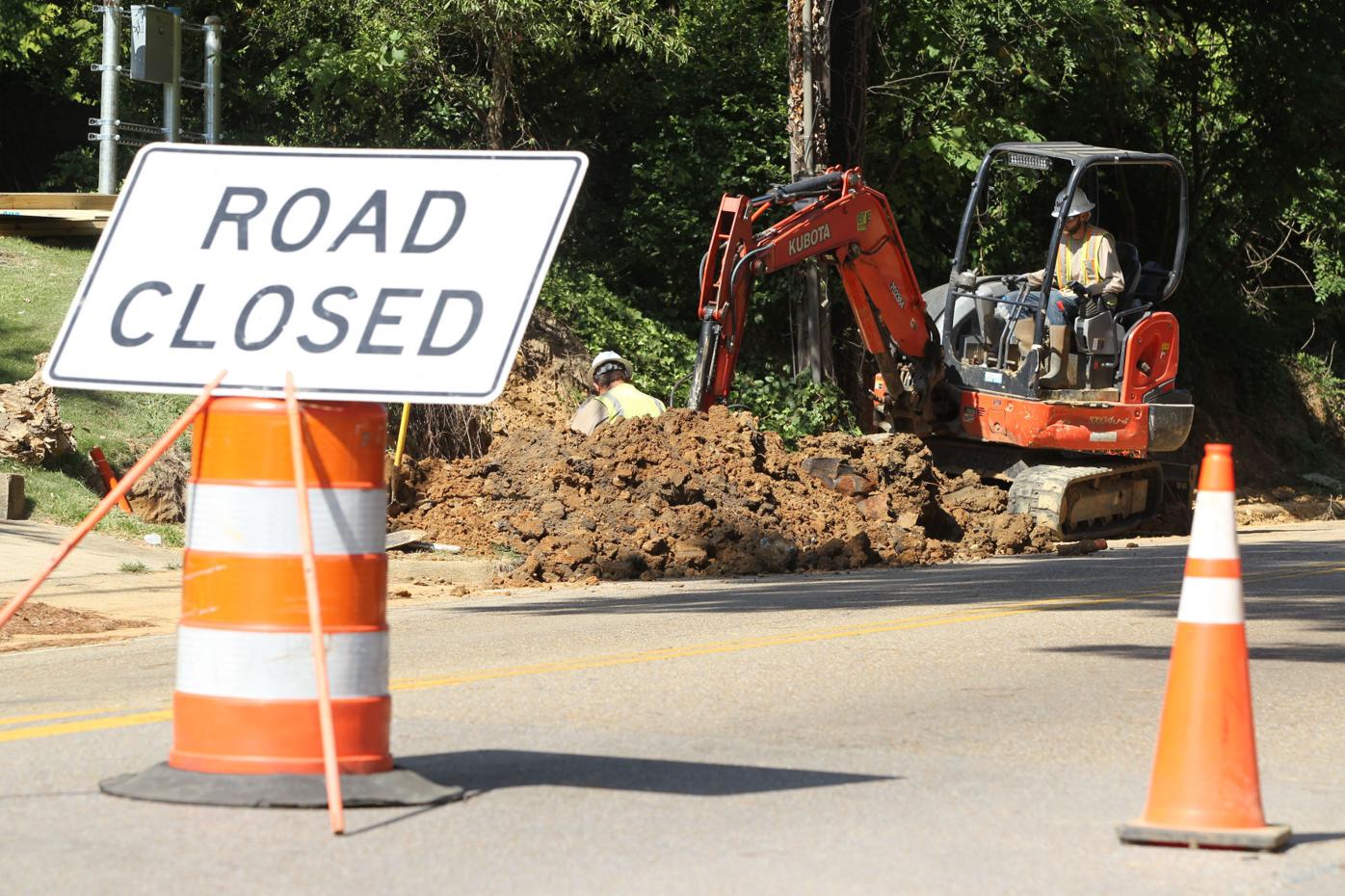 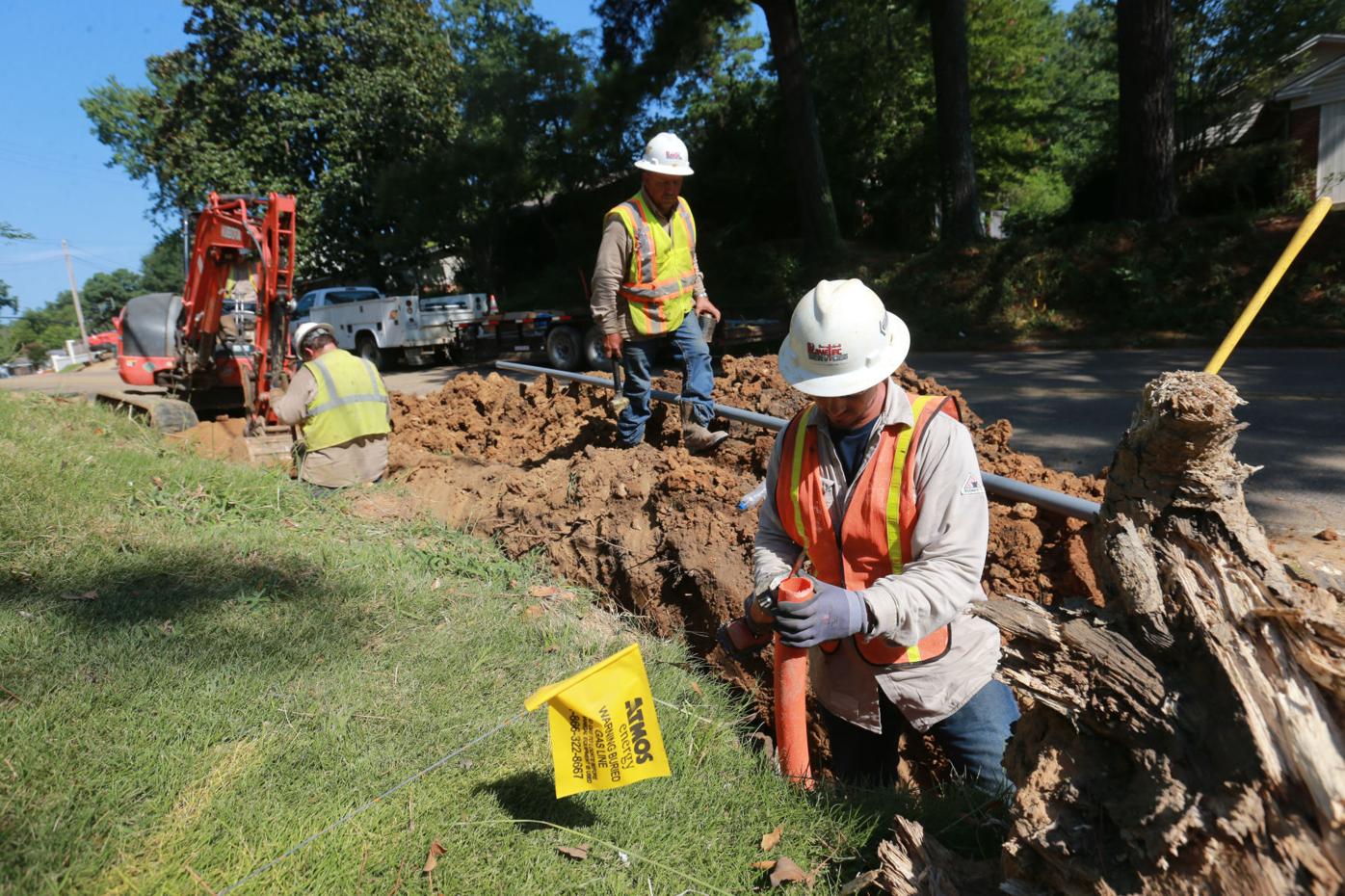 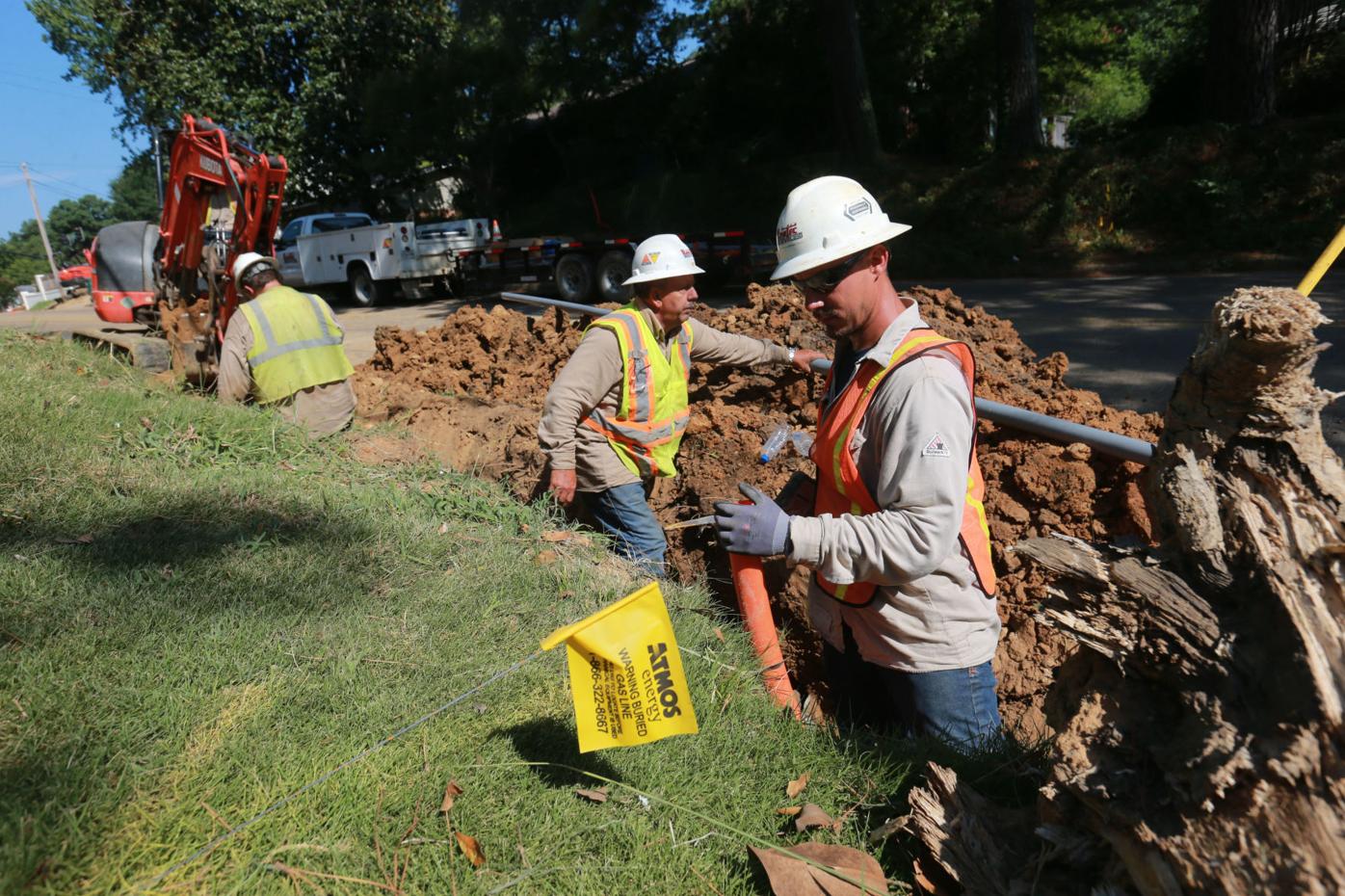 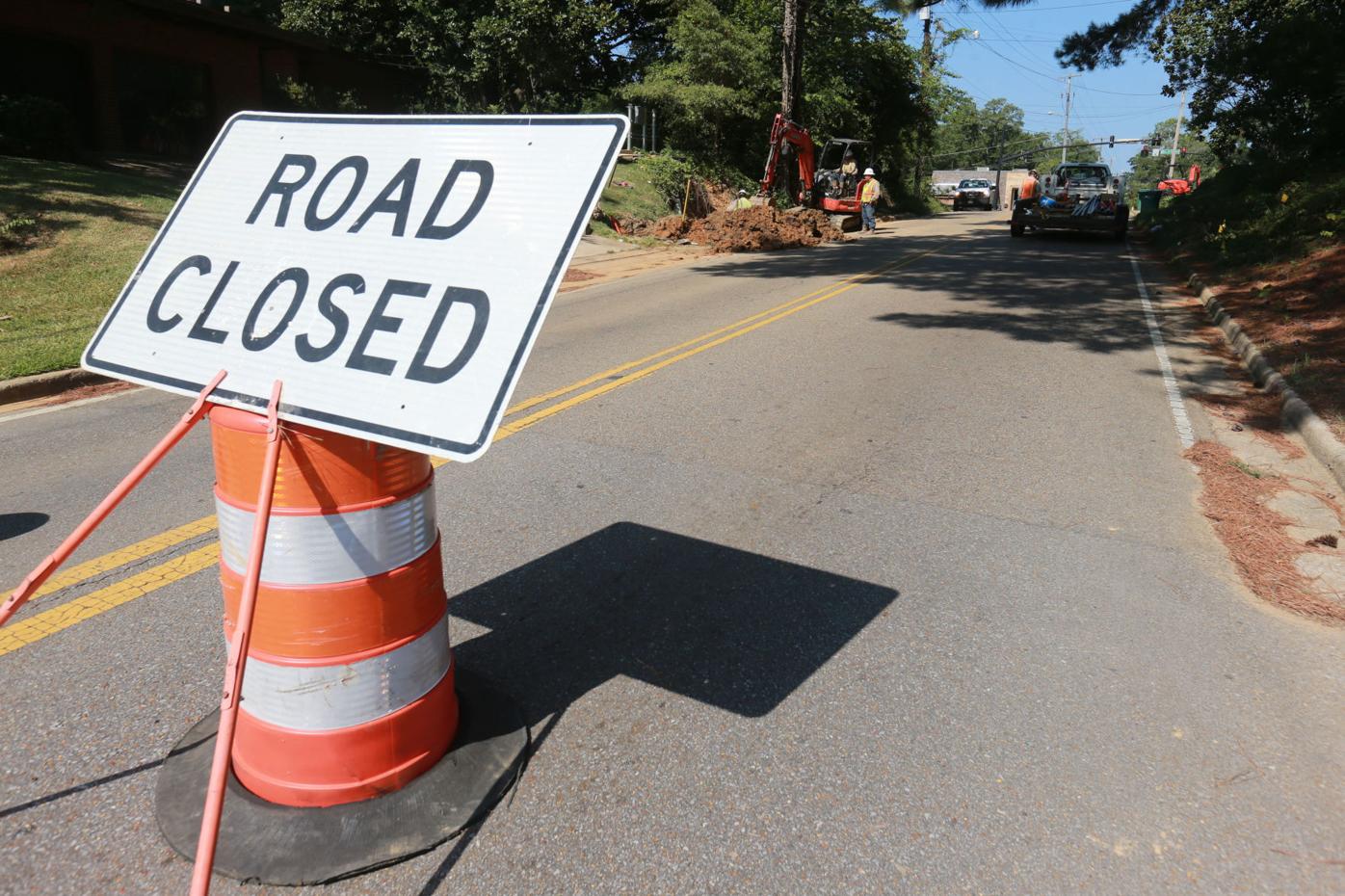 Jackson Street between Magnolia Drive and Clayton Avenue was closed Tuesday as crews from Linetec Services continued the necessary work to bury overhead utility lines along that roadway. The project is funded by the Major Thoroughfare Program.

Jackson Street between Magnolia Drive and Clayton Avenue was closed Tuesday as crews from Linetec Services continued the necessary work to bury overhead utility lines along that roadway. The project is funded by the Major Thoroughfare Program.

TUPELO • Despite ongoing delays, leadership of the city’s Major Thoroughfare Program hopes to see roadwork construction on Jackson Street underway and at least partially completed before a municipal ballot referendum next year that will decide the fate of a unique, taxpayer funded infrastructure initiative.

In early July, the Tupelo City Council awarded a $2.7 million contract for the work needed to widen Jackson Street between the intersections of Clayton Avenue and Madison Street. A center turning lane will be added. The contract went to Gregory Construction Services, of Columbus.

However, the construction company can’t get to work yet because efforts to bury overhead utility wires underground on that same stretch of road are not finished.

The contract for the utility work was awarded last year, to the tune of $5.8 million, bringing the total anticipated price tag for the project up to $8.5 million.

It’s an expensive and high-profile project that drew the ire of some neighborhood residents who live near its pathway. But Major Thoroughfare committee chairman Greg Pirkle hopes progress will be made by the time voters are asked next year to renew Major Thoroughfare for a seventh five-year phase.

“I’m looking for what voters will see,” Pirkle said Monday.

During Monday’s meeting of the Major Thoroughfare committee, city engineer Dennis Bonds said he finds it feasible that Jackson Street roadwork west of Gloster Street could be complete by the time of next year’s election.

Tupelo Water & Light Director Johnny Timmons said current plans call for utility work to be done by early September, which would allow roadwork to get started soon after.

But the utility work has already dragged on later than expected.

“We were looking at April, and now we’re looking at September,” Pirkle said. “Do we know the driver of that?”

Timmons pointed out that Comcast and AT&T are handling the work for their own lines.

“I’m going to be done with my part. My goal is to have my part in and done,” Timmons told the Daily Journal about the TW&L power lines. “Comcast and AT&T, their schedule just is what it is. I don’t really have control of when they get their stuff completed. They are shooting for the first of September.”

Besides the widening of the roadway to accommodate a center turning lane, additional right-hand and left-hand turning lanes will be added at the intersection of Jackson Street and Gloster Street. Sidewalks will also be added along the corridor, and some decorative street lighting.

The intersection of Robins Street was originally slated as the east terminus for the Jackson Street widening project, but Major Thoroughfare leadership and the City Council ultimately added an additional city block and continued the project corridor to the intersection of Madison Street.

The Major Thoroughfare program is funded by a voter-imposed 10-mill tax levy, which represents a third of the city tax bill paid by Tupelo residents. The tax levy for the program comes up for renewal every five years, and has historically met with wide support, though the referendums have typically seen low turnout.

The referendum could theoretically occur at the same time as the municipal general election in June, but Hanna said there is no requirement that this happen.

The city does announce its intended tax levy in August, so at minimum, an election would have to occur sometime before then.

At the last election, in 2016, in May 2016, only 1,836 residents voted, with about 89 percent supporting the program. There’s virtually no other municipal road building program like Tupelo’s Major Thoroughfare in the state of Mississippi.

Watch what happened when CNN went to Proud Boys rally