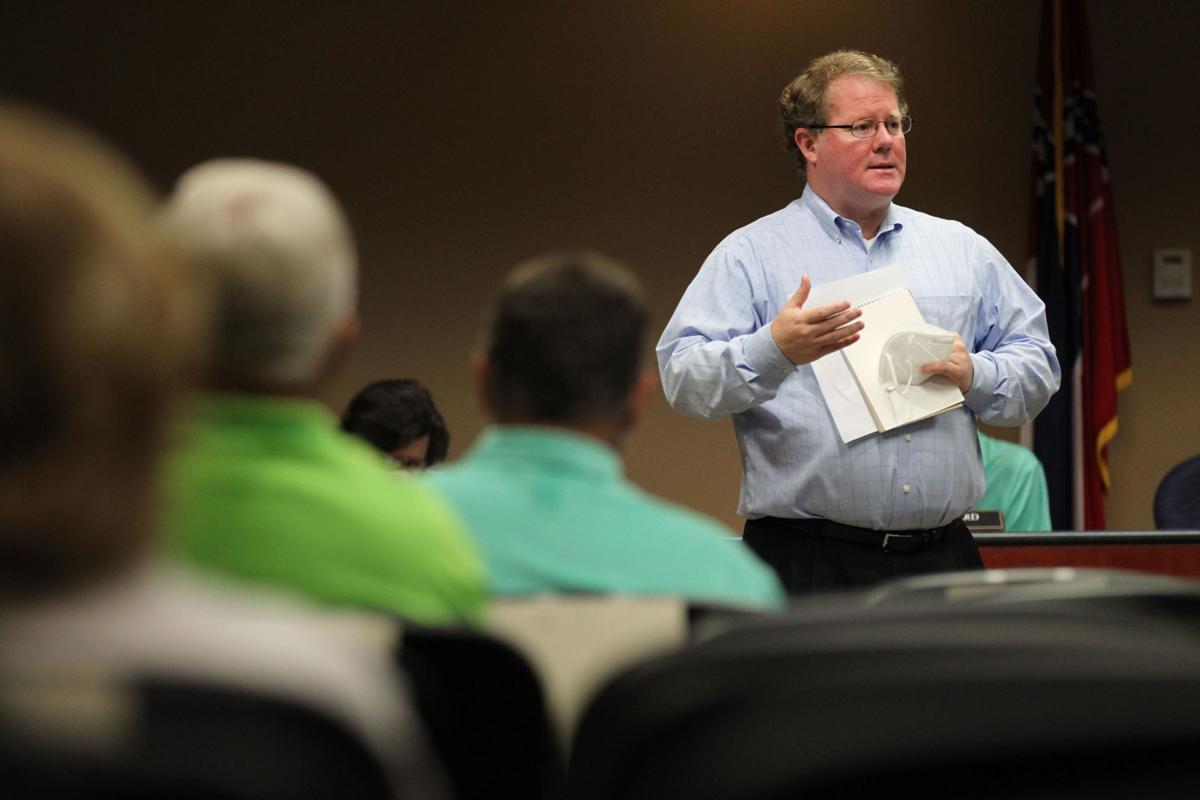 City of Tupelo Mayor Jason Shelton starts Monday’s meeting between concerned citizens and city leaders on how the city can be proactive about concerns of excessive police force.

City of Tupelo Mayor Jason Shelton starts Monday’s meeting between concerned citizens and city leaders on how the city can be proactive about concerns of excessive police force.

TUPELO • Mississippi Gov. Tate Reeves and Tupelo Mayor Jason Shelton are again exchanging sharp jabs with one another over the state’s pandemic response.

At a press briefing on Monday, Reeves accused Shelton of playing a “blame game” during the pandemic instead of working to respond to the virus in a beneficial way.

The first-term Republican governor’s rebuke came after a reporter at the press briefing said that Shelton and Chokwe Antar Lumumba, the Democratic mayor of Jackson, had both indicated that Reeves and his office have not communicated effectively with mayors about the state’s efforts to slow the spread of the virus.

“You’ve got mayors like the one in Tupelo who has decided that he’d rather play politics in the middle of this pandemic than actually focus on doing what’s right for his constituents, and that’s certainly his prerogative,” Reeves said. “He wants to attack, attack, attack and, quite frankly, play the blame game.”

Shelton, a second-term Democratic mayor, told the Daily Journal in a statement that the city of Tupelo has led the way in responding to the virus and has listened to local, state and national healthcare providers as a way to properly respond.

“We have followed the science in Tupelo, and I will be glad to put our record pertaining to COVID-19 against the Governor’s,” Shelton said. “When we declared a state of emergency on February 24, 2020, Gov. Reeves was on his way to Spain for a European vacation.”

Shelton went on to say that he is glad the governor is now taking the virus seriously, but it is “unfortunate that he continues with a nonsensical hodgepodge approach” and “doesn’t follow his own metrics” when implementing policies.

“Our current Governor is so mistrusted by his own party that they stripped his ability to administer CARES Act funds from him,” Shelton said. “I will gladly work with Governor Reeves to implement sound policy to help keep Mississippians safe. We need to get partisan politics out of the equation and follow the guidance from our health care professionals.”

This most recent exchange follows a continued line of jabs between the two elected officials. In late March, Shelton issued an executive order mandating that all non-essential businesses within the city close and residents shelter-in-place to slow the spread of the virus. At the time, Shelton grew impatient that there was no statewide safety restriction and slammed Reeves by saying it was a mistake for the city to wait on Reeves and the state for guidance.

“It’s just an abdication of leadership at the highest level of the state of Mississippi, and we’re just not going to wait any longer in the city of Tupelo,” Shelton said at the time. “There will likely be political repercussions. We have a governor who is notorious for payback. I’ll take the consequences, whatever it may be, but I’m going to do everything I can to keep our citizens safe.”

Later that month, Reeves did issue a statewide order restricting social gatherings and defining essential businesses; however, some mayors in Northeast Mississippi, including Shelton, believed the state order superseded their local orders. Reeves later said it was not his intent to supersede local orders, and he issued an additional statewide supplemental order clarifying the relationship between his order and local orders.

Reeves has stated that he has previously participated in numerous calls with the Mississippi Municipal League and mayors within the state to communicate his response to the virus. He said that he believed most mayors in the state would say that Reeves and other state leaders have been open, transparent and honest with its communications.

“Look, I’ve been doing this a while, and there is always going to be those outliers who want to criticize rather than lead,” Reeves said. “And that’s just part of this business.”

According to the latest data from the Mississippi State Department of Health, 54,299 Mississippians have tested positive for the virus and 1,543 have died from complications related to the virus.

TUPELO • Mayor Jason Shelton on Tuesday continued to criticize Mississippi Gov. Tate Reeves’ response to the spread of the novel coronavirus i…

US death toll climbs as Trump claims coronavirus under control

Liam Neeson, son Micheál in 'Made In Italy'

Keilar pushes back on Trump campaign claims of voter fraud