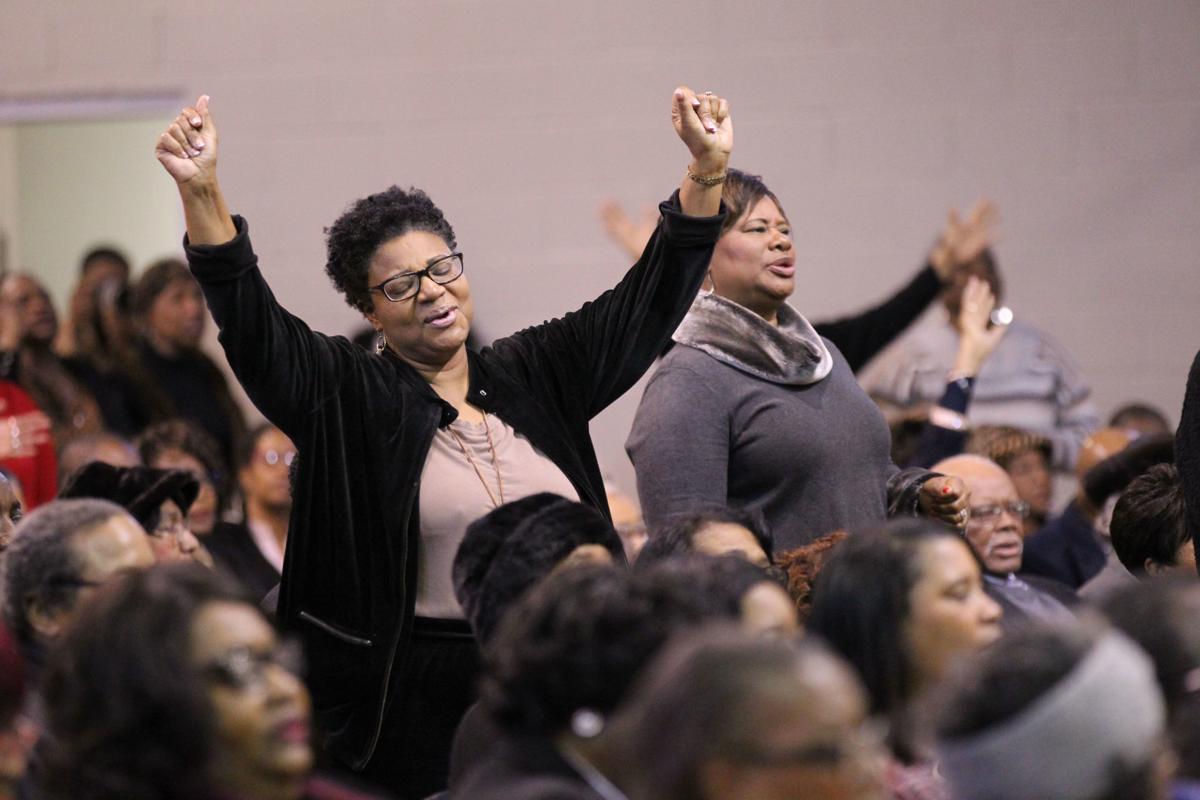 Guests stand and sing along to the song “Thank You, Lord” during Monday’s Dr. Martin Luther King Jr. Birthday celebration at the St. Paul Christian Life Center in Tupelo. 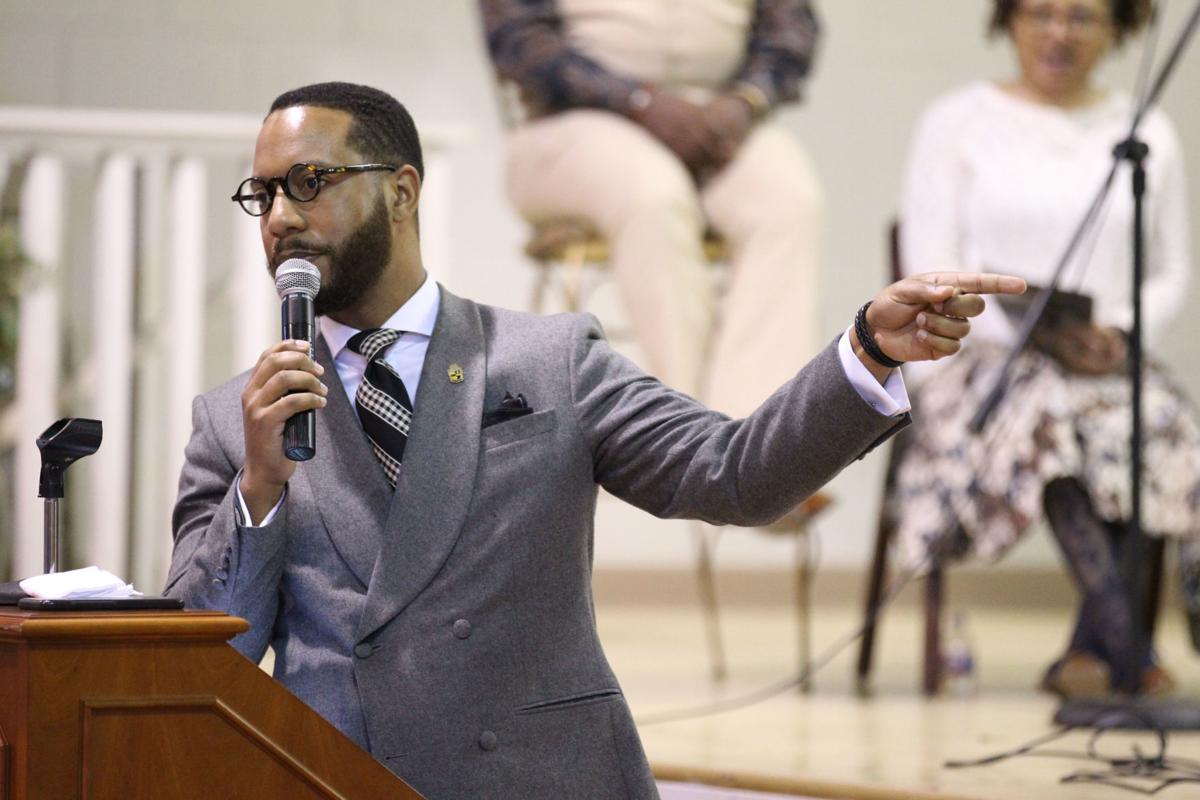 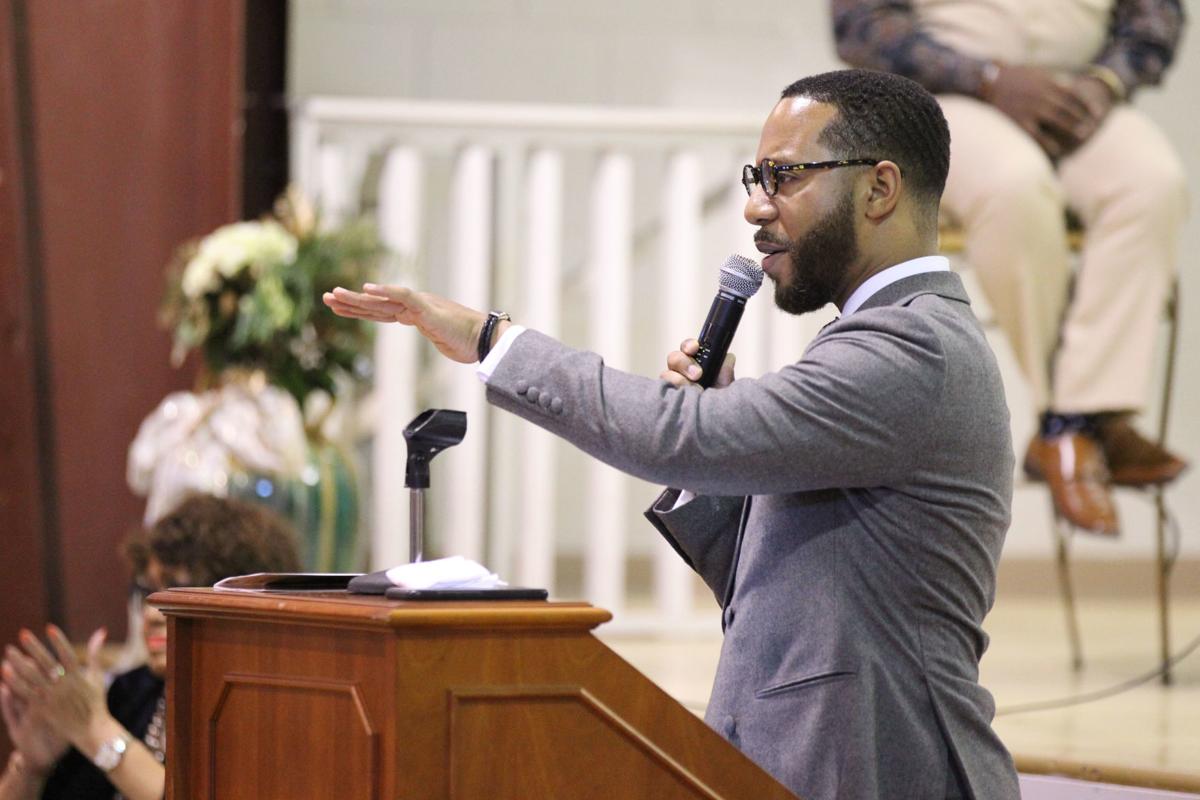 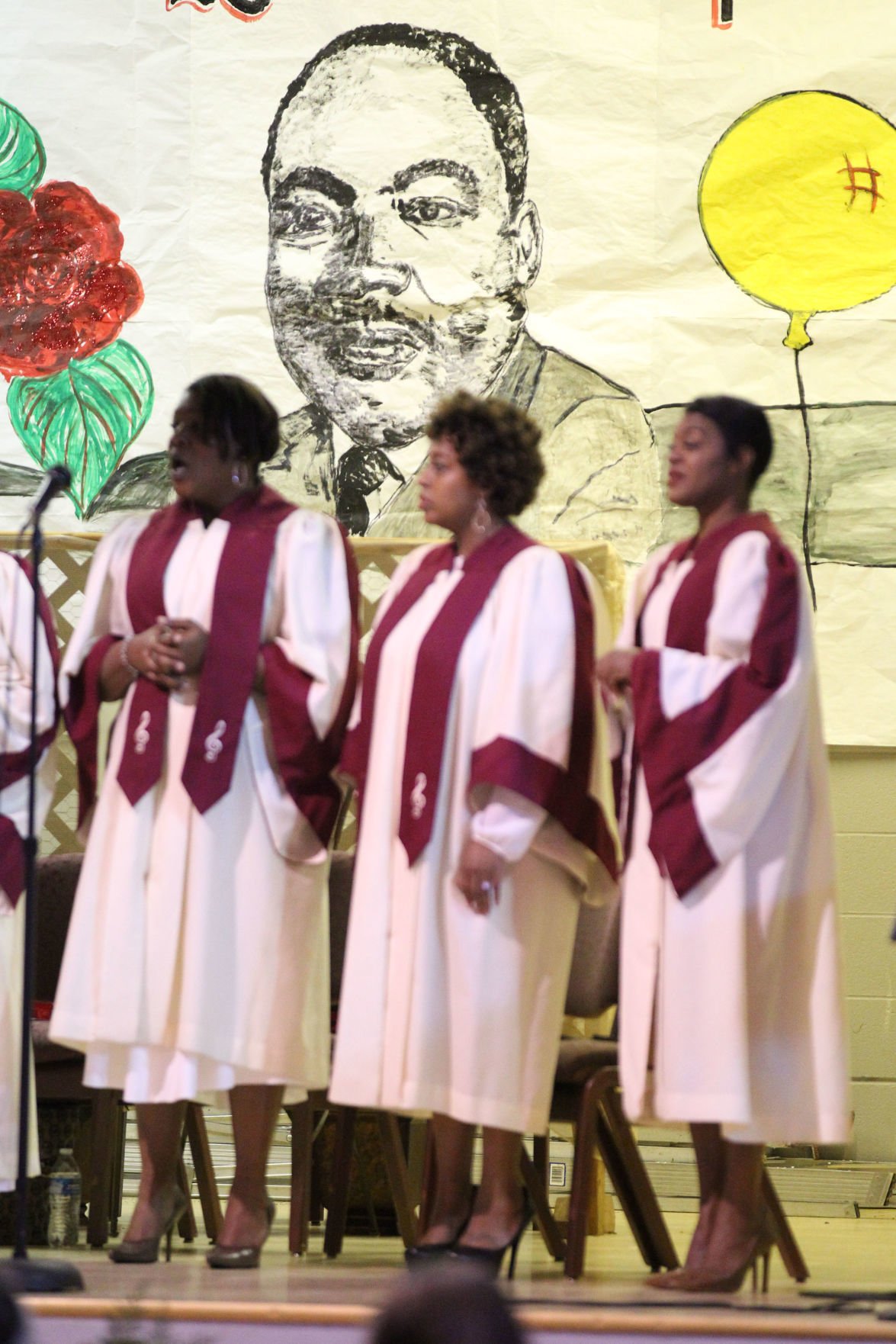 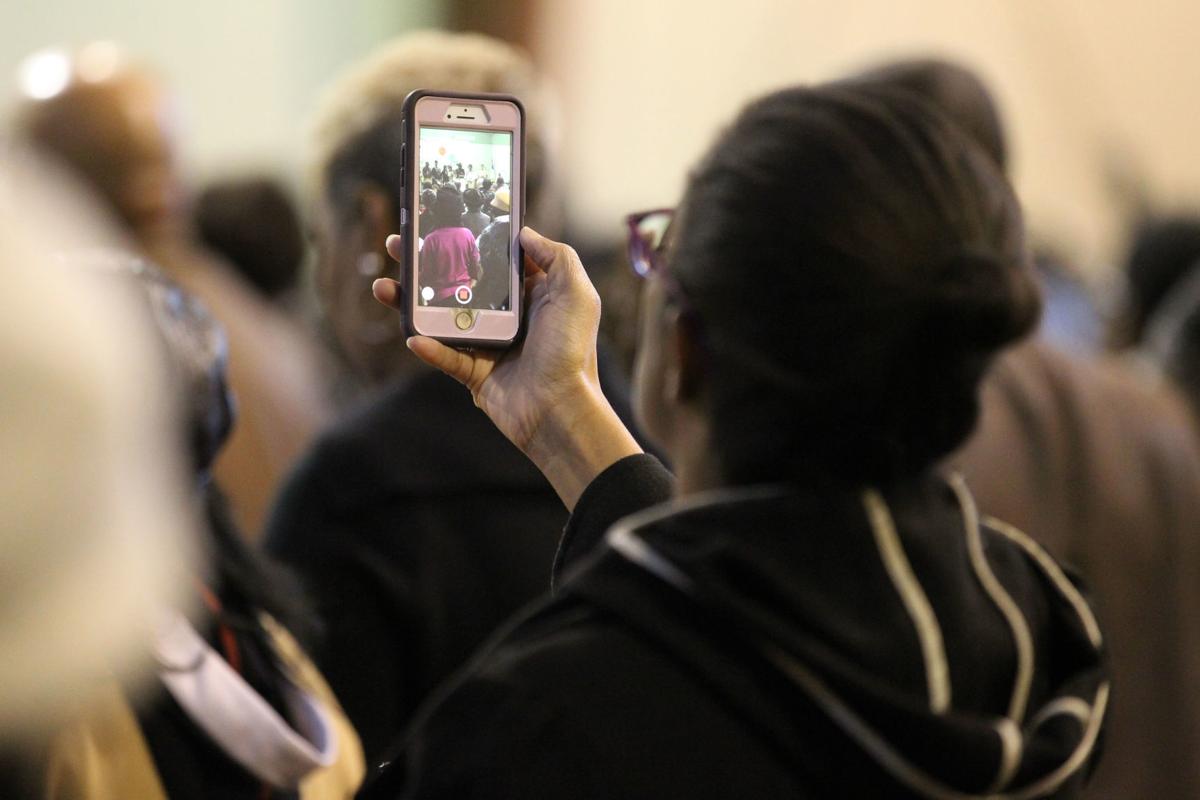 Guests stand and sing along to the song “Thank You, Lord” during Monday’s Dr. Martin Luther King Jr. Birthday celebration at the St. Paul Christian Life Center in Tupelo.

TUPELO • In song and spirit, Tupelo celebrated the life and legacy of Dr. Martin Luther King Jr. on Monday.

More than 200 people gathered at St. Paul Christian Life Center to give thanks to God, honor King and inspire the community. The Modern Beauticians Club hosted the birthday celebration that followed the annual motorcade to crown four days of events honoring the work of the late civil rights leader.

North Green Street Church of Christ pastor Richard Price challenged the crowd to reflect on the “Drum Major Instinct.” In that sermon delivered exactly two months before he was fatally shot in Memphis, King spoke about the different motivations that drive people to seek to lead the parade and what he hoped his legacy would be.

King wanted to inspire people to step up in their own lives, Price said.

“He’s trying to teach America about the call to purpose,” the Tupelo pastor said.

Price exhorted those gathered Monday to consider all that went into King becoming the man who led the civil rights movement. His upbringing, his studies and his work in the church all laid the foundation for who he would become.

Likewise, Price encouraged young people to absorb lessons from their parents, neighbors and teachers so they are ready for the opportunities that come their way. He exhorted adults to be good role models strong in faith and dignity.

“We must progress,” Price said.

The events in Tupelo organized by the Committee for King started Friday with Apollo Night, continued Saturday with Black Tie Affair and Sunday with a commemorative service and finishing with Monday’s birthday celebration. It is the largest MLK celebration in Mississippi, said Tupelo Mayor Jason Shelton.

“We have a diverse group of people, but all of us are pulling together because we want Tupelo and Lee County to be a great place for all of us,” Shelton said. “Dr. King’s words are just as true today as when he spoke them.”

Tupelo celebrates King through the arts

TUPELO • Madeline Ivory wasn’t scared Sunday afternoon when she was the first child read the words of Dr. Martin Luther King Jr. during the ci…

Fifteen states have restricted out-of-state travelers due to pandemic

Why official rushed to McDonald's with $3.4M for medical supplies